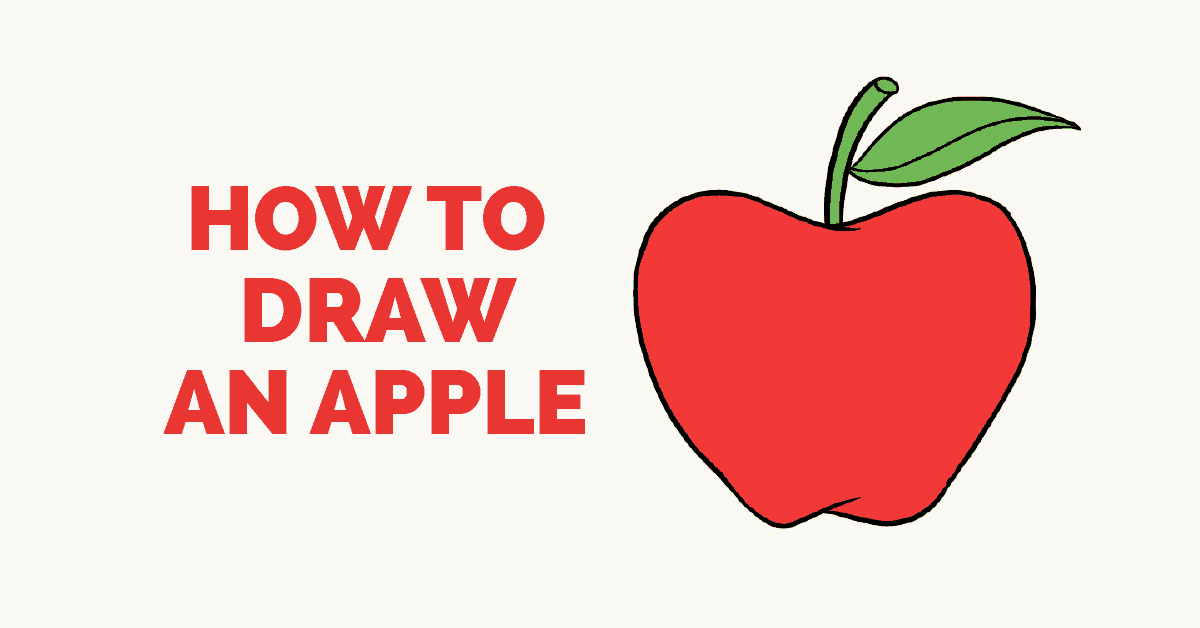 In this really easy drawing tutorial you will learn to draw a simple apple.

"An apple a day keeps the doctor away."
"An apple for the teacher."
"You are the apple of my eye."

Apples are one of the most widely grown - and most widely consumed - of modern fruits. Today, there are thousands of varieties, or cultivars, of apples. Originally, apples grew in central Asia, but now they can be found in countries around the world. The trees were taken to North America by some of the first European settlers. Some time later, in the early 1800s, a man named John Chapman became famous as Johnny Appleseed, a legendary figure who planted apple trees across the country and who esteemed environmental conservation.

Apples have long held significance in human culture. Although the type fruit is not precisely named, some people believe that the apple was the "forbidden fruit" mentioned in the Bible book of Genesis. In Norse mythology, apples were given to the gods to afford them eternal youth, and in Greek mythology, Hercules was required to steal golden apples from a sacred tree.

Images of apples are still widely used today. Apple, Inc., the producer of Mac computers, the iPod, and the iPhone, uses an apple with a bite removed as the company's iconic emblem. Artwork on the subject of school and teaching often pictures a shiny red apple.

Would you like to draw an apple that looks good enough to eat? Doing so is easier than ever with the help of this simple, step-by-step drawing tutorial. Do you have a pencil and paper? That is all you will need to begin drawing your apple. If you have an eraser handy, it will be useful in correcting mistakes and removing guide lines. What color will your apple be? Employ crayons, colored pencils, paints, or markers to shade your completed apple.

Are you ready to take a bite out of this drawing guide? Go ahead, it's ripe for the picking.

If you liked this tutorial, see also the following drawing guides: Apple, Sunflower, and Cake.

Step-by-Step Instructions for Drawing an Apple

1. Begin by drawing an oval to outline the basic, rounded shape of the apple.

2. Extend curved lines downward from each side of the oval. These lines continue the outline of the apple.

3. Connect the lines using two short, curved lines. Allow the lines to overlap, forming the irregular base of the apple.

5. Erase the guide lines from the apple, leaving a clean outline.

6. Draw curved lines on each side of the apple, continuing to refine its shape.

8. Extend a set of curved, parallel lines from the top of the apple. Connect the lines using a small oval. This forms the apple's stem.

9. From the stem, extend two curved lines, allowing the lines to meet in a sharp point. This encloses the apple's leaf. Add the detail of a leaf vein by drawing a curved line down the center of the leaf.

10. Color your apple. Our example shows a classic red apple, but apples come in a variety of additional colors - yellow, orange, pink, green, and a combination of these shades.

The Complete Apple Drawing Tutorial in One Image

How to draw: Apple - all drawing steps