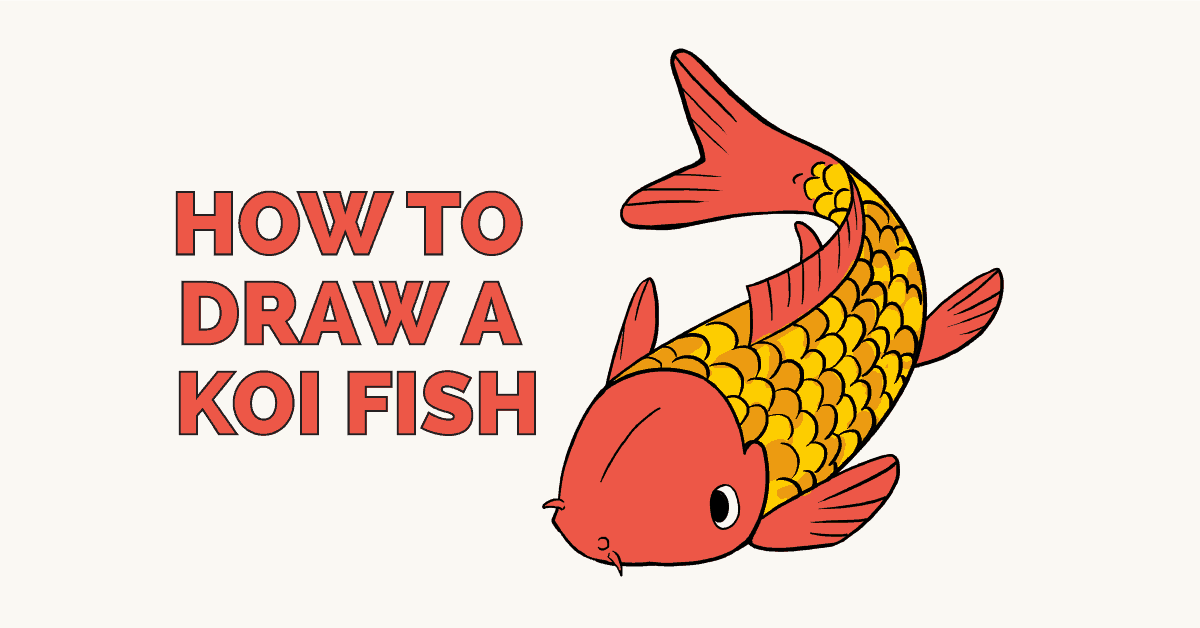 Koi are a large, colorful variety of the fish known as the carp. In fact, the Japanese word koi means "carp." Most carp are brown or grey in color, but in Japan, the brightly colored fish are designated with the name nishikigoi, or "brocaded carp." A brocade is a woven fabric with a colorful design which the fish are said to resemble.

Since ancient times, at least since the fifth century B.C., carp were domesticated and raised as a source of food. Over 1,000 years ago in China, breeders began to select for natural color variations, enhancing these as time went by. The result? Beautifully colored ornamental fish as we see them today.

Around the world, many people enjoy the hobby of keeping koi as well as their distant cousin, the goldfish. Another Japanese word, also pronounced koi, means "love," and serious collectors certainly love their koi fish. Some keepers join koi enthusiast clubs, and the fish themselves at times cost hundreds of dollars each.

Images of koi fish have long been featured in Japanese art. Today, they remain a popular subject of photography, paintings, clothing designs, and adult coloring books.

Would you like to draw your very own koi fish? Doing so is easy with the help of this simple, step-by-step drawing tutorial. All you will need is a pencil, a good eraser, and a sheet of paper. You may also wish to use crayons, colored pencils, paints, or markers to shade your finished fish.

If you liked this tutorial, see also the following drawing guides: Seahorse, Dolphin, and Cartoon Shark.

1. Begin by drawing a circle. This will form the fish's head.

2. Extend two long, curved lines from the top and side of the circle. These outline the fish's curving body.

3. Use a long, loosely "M" shaped line to enclose the fish's tail.

4. Add fins to the fish's body. Do so by enclosing irregular shapes along the fish's sides. There should be a pectoral fin on each side of the fish's head, and two more fins near its tail.

5. Detail and shape the fish's face. Use a long, curved line, extended from one side of the head to the other. Notice the flatness of the mouth.

7. Detail your koi fish. Along the bottom of each fin and the tips of the tail, draw short, straight lines, indicating the ribs of the fins. Then, draw a curved line down the center of the face, providing depth. Draw a curved, loosely "V" shaped line at the side of the face, further detailing the outline. Finally, draw the dorsal fin on the fish's back. Do so by enclosing an elongated, curved triangle that follows the curvature of the fish's body.

8. Erase guide lines from the fish's face and dorsal fin.

9. Complete your fish with additional details. Draw short, ribbed lines across the dorsal fin. Draw a small oval within a larger oval to indicate the eye; shade the smaller oval. Draw a small, nearly complete circle at the tip of the fish's nose. Beside this, draw the barbel, or whisker, using two short, curved lines that meet in a point. Draw a second barbel on the other side of the face. Finally, draw scales all over the fish's body. Do so using short, connected, "U" shaped lines.

10. Color your koi fish. This type of fish is often seen in shades of white, brown, orange, red, green, and gold.

Don't forget to check out our other aquatic drawing tutorials, including dolphins, turtles, sharks, and sea horses.

The Complete Koi Fish Drawing Tutorial in One Image