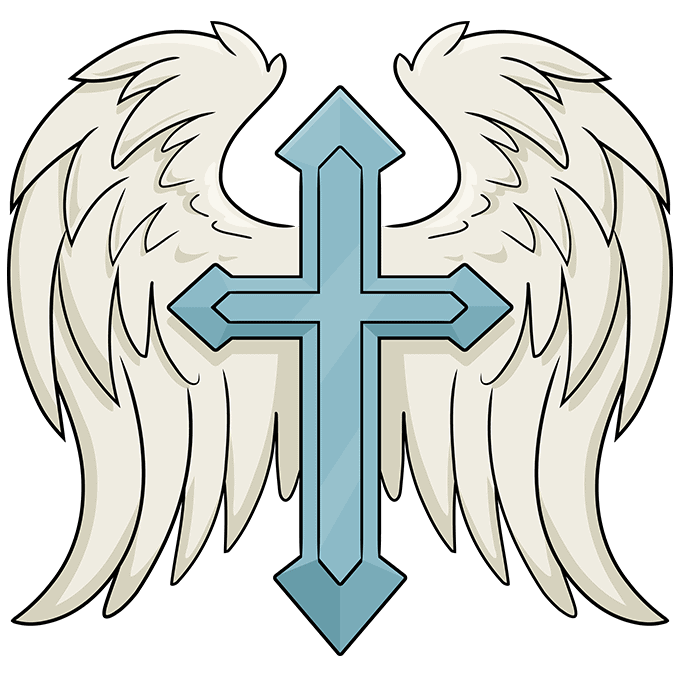 Would you like to learn how to draw a cross with wings? This easy cartoon drawing tutorial can show you how.

What is the cross? Today, it is generally regarded as the primary symbol of Christianity. In some Bibles, the Greek word stauros, the instrument used to execute Jesus, is translated "cross," though the word itself literally means "pole."

The cross as a symbol, however, has a long history that predates the Christian religion. Researchers think it originated as a religious symbol in Babylon.

It then spread to Egypt, India, Greece, Europe, and even as far away as Mexico. There, it was used by practices of many different religions, often as a symbol of their gods.

About three centuries after the death of Jesus, the cross was adopted as a symbol of this event. Why? The Roman emperor Constantine sought to unite his diverse peoples by blending their religions and converting to Christianity.

Since many from diverse religions already used the cross in their worship, the use of the symbol was thought to promote tolerance.

What does a cross with wings mean? This symbol is often used to memorialize a person who has died. The wings denote the belief that the person is an angel in heaven.

The cross refers to the Christian tenant that Jesus died for the sins of mankind and therefore for the salvation of the person being memorialized.

If you liked this tutorial, see also the following drawing guides: Cross, Cross with a Rose, and Jesus on the Cross. 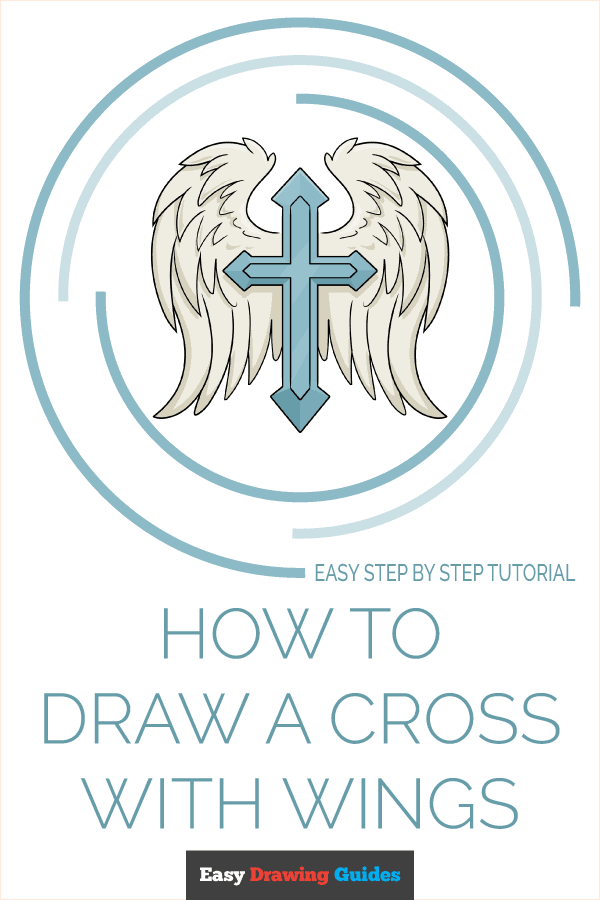 Step-by-Step Instructions for Drawing a Cross with Wings 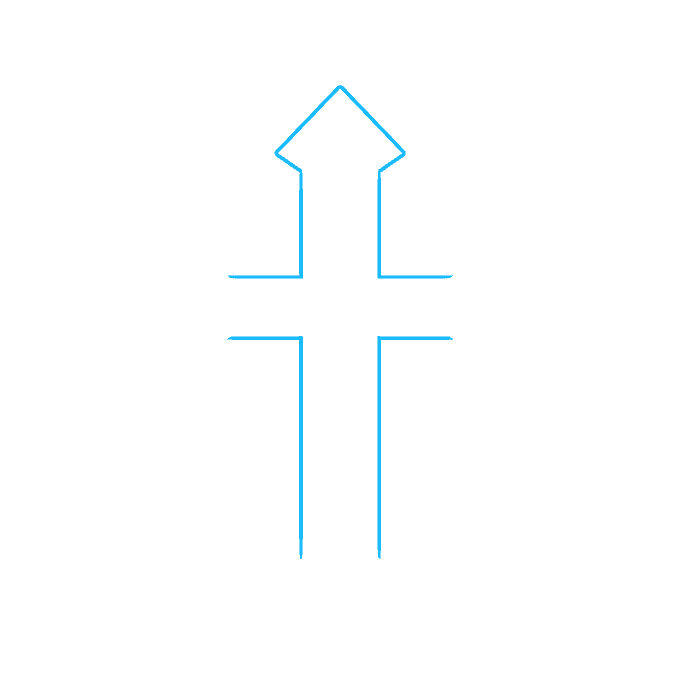 1. Begin by outlining the cross. Use "L" shaped lines for the sides of each set of arms. The beams formed by lines should appear to meet at a perpendicular angle. Notice, too, that the lower vertical arm is longer than the other arms.

Next, extend short, straight lines from each side of the upper arm. From there, extend another set of straight lines. Allow them to meet at a point at the top, forming an arrow-like shape. 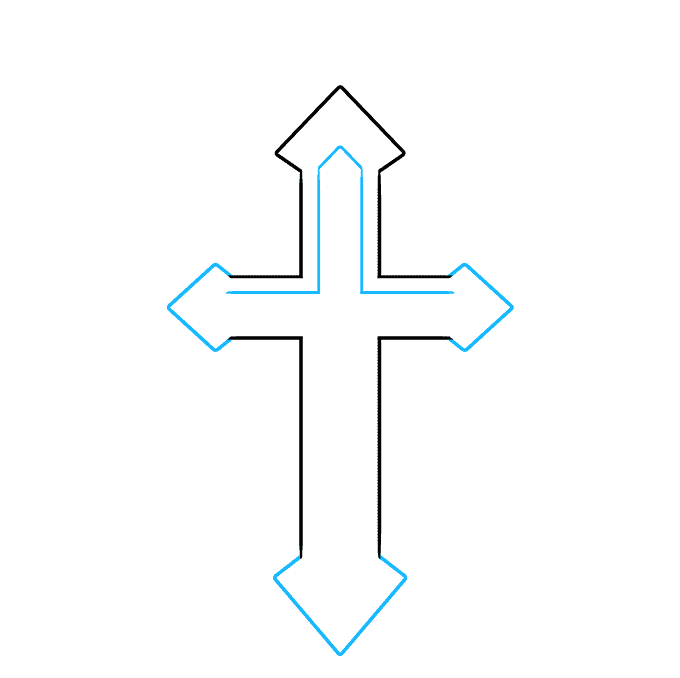 2. Next, draw the arrow-like shapes on each of the remaining arms, suggesting the style of the Celtic cross. For each, extend a pair of short straight lines, then connect them using another pair of straight lines.

Then, begin to outline a cross shape within the cross. Use "L" shaped lines, and connect them with short, straight lines that meet at a point at the tip of each arm. This will give the cross a three-dimensional appearance. 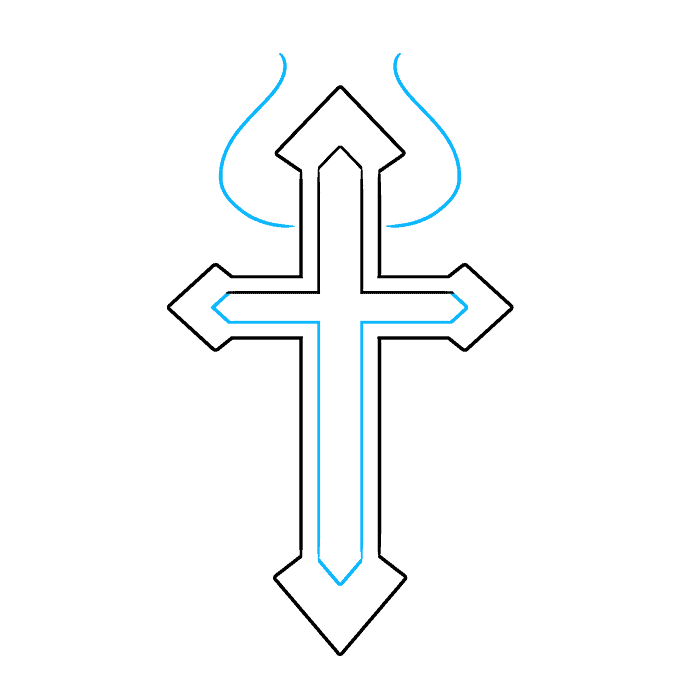 3. Finish the outline of the inner cross, using "L" shaped lines and short, straight lines that converge at the tip of each arm. Then, begin sketching the wings. Extend a curved line from each side of the cross's upper arm. 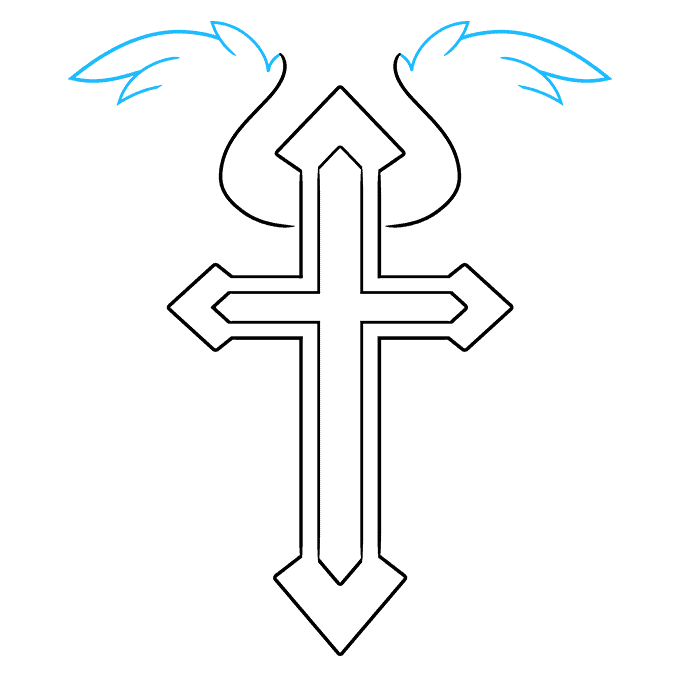 4. Draw feathers at the tops of the wings. For each feather, extend a pair of curved lines and allow them to meet at a point. Notice how the feathers appear to overlap one another. 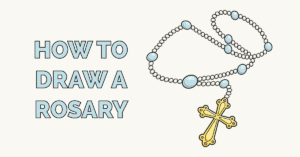 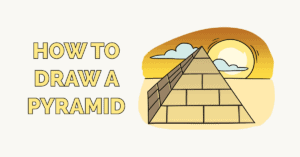 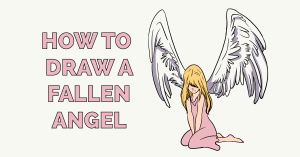 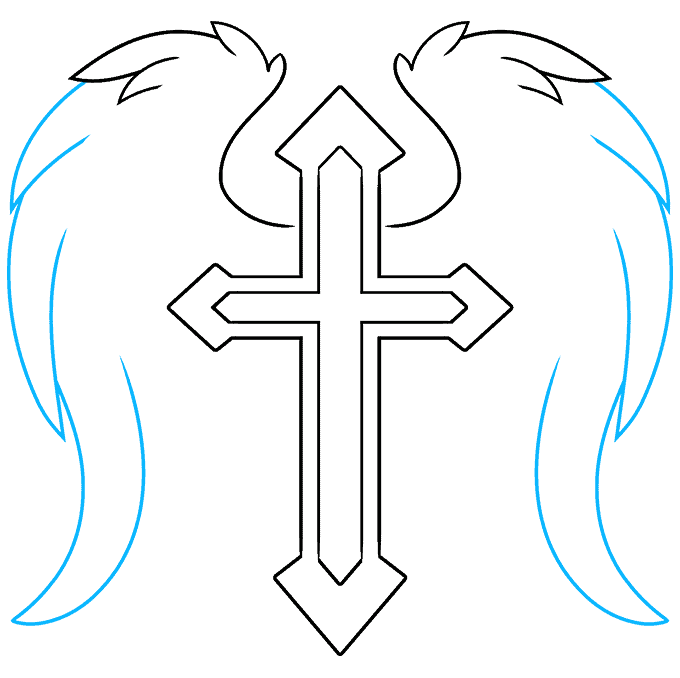 5. Draw long feathers to make the sides of the wings. For each feather, use two long curved lines that meet at a point. 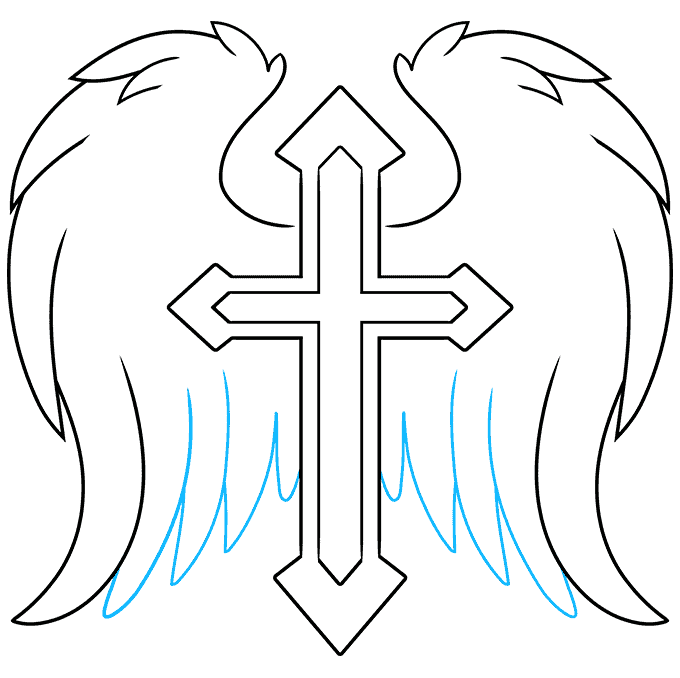 6. Enclose the bottoms of the wings by drawing more feathers. Use pairs of lines or "U" shaped lines for each feather. Notice that the tips of these feathers are rounded rather than pointed. 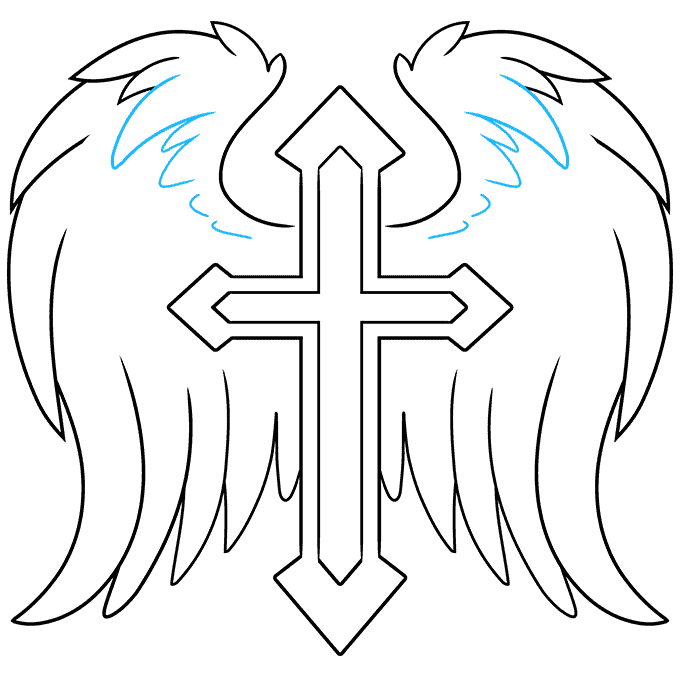 7. Begin to fill in the wings with additional feathers, starting at the top of each wing. Use "U" shaped lines to form the feathers. 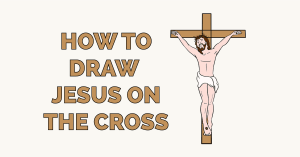 How to Draw Jesus 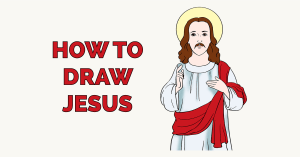 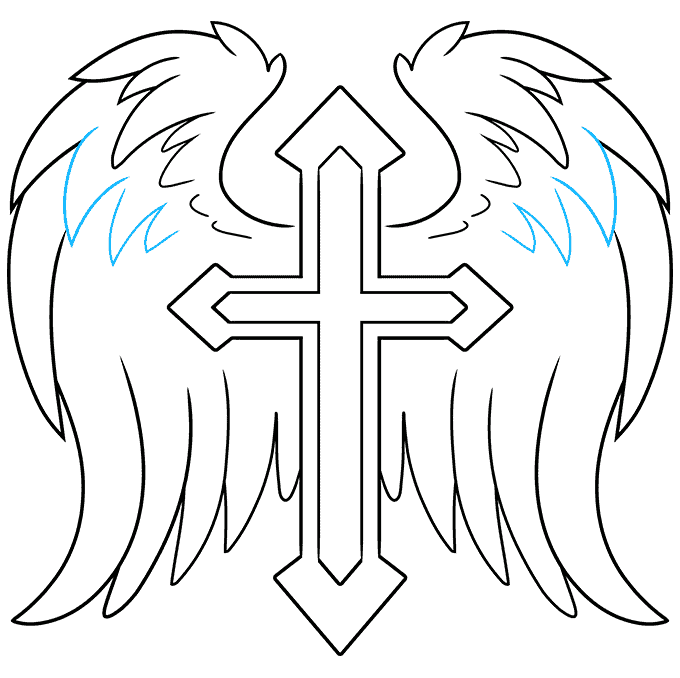 8. Draw another row of feathers on each wing. this time, make the tips of the feathers pointed. You can do this by drawing curved "V" shaped lines. 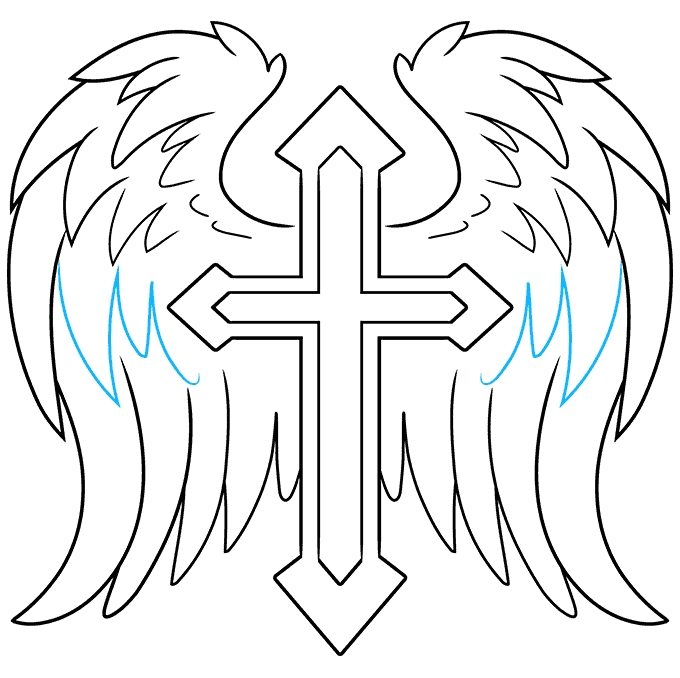 9. Complete the texture of the wings by drawing another row of feathers.

Color your cartoon of a cross with wings. 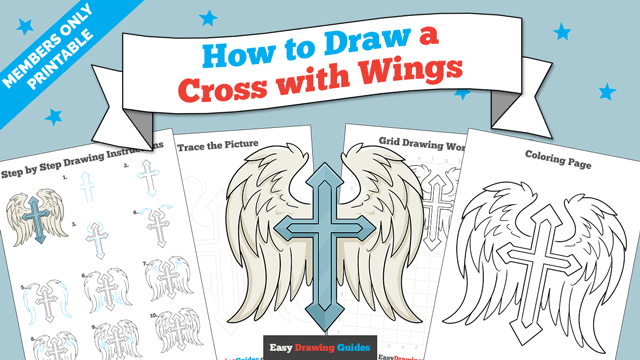