A knife is a tool or implement used for cutting. Knives are also known as cutlery.

Knives have a long history. Ancient stone, bronze, and iron knives have been discovered at archeological sites. Historically and today, there are many different types of knives. Some have been used for weapons, others for preparing food.

Did you know? During the 1600s, only wealthy families had enough table knives to offer an implement to each guest at a meal. Instead, the common people carried their own personal eating knives. Men wore theirs on a belt or next to their sword, and women kept theirs tied to a girdle.

Would you like to draw a cartoon knife? This easy, step-by-step cartoon drawing tutorial is here to show you how. All you will need is a pen, pencil, or marker and a sheet of paper.

If you liked this tutorial, see also the following drawing guides: Lightsaber, Coffee Cup, and Lantern.

Step-by-Step Instructions for Drawing a Knife

1. Begin by drawing a pair of curved lines and connect them on each end. This forms the top of the knife's handle.

3. Draw a wavy line extending from the handle, continuing one of the previous lines. Double it back upon itself to enclose the shape of the handle. Then, draw curved lines across it. 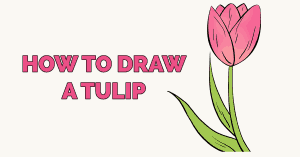 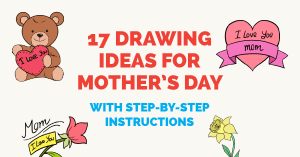 5. Draw a small rectangle at the top of the handle. This is called the bolster, and it connects the knife blade to the handle.

6. Extend a long, curved line from the bolster to form the top of the blade, called the swage.

7. Draw a long, curved line connecting the tip of the blade and the opposite side of the bolster. Note how the blade narrows near the handle. This style of knife blade is called a drop point.

8. Draw a straight line near the base of the blade. Then, draw an "L" shaped line connecting the bolster to the side of the blade base. This is the ricasso, "the heavy thick shank of the blade between the grind and the front bolster."

9. Draw a line between the ricasso and the blade tip. This is called the cannelure, and it lessens the weight of the knife while maintaining its strength.

Who is wielding such a weapon? Check out our cartoon characters drawing guides, where you'll find ninja, super villains, and more.

The Complete Knife Drawing Tutorial in One Image