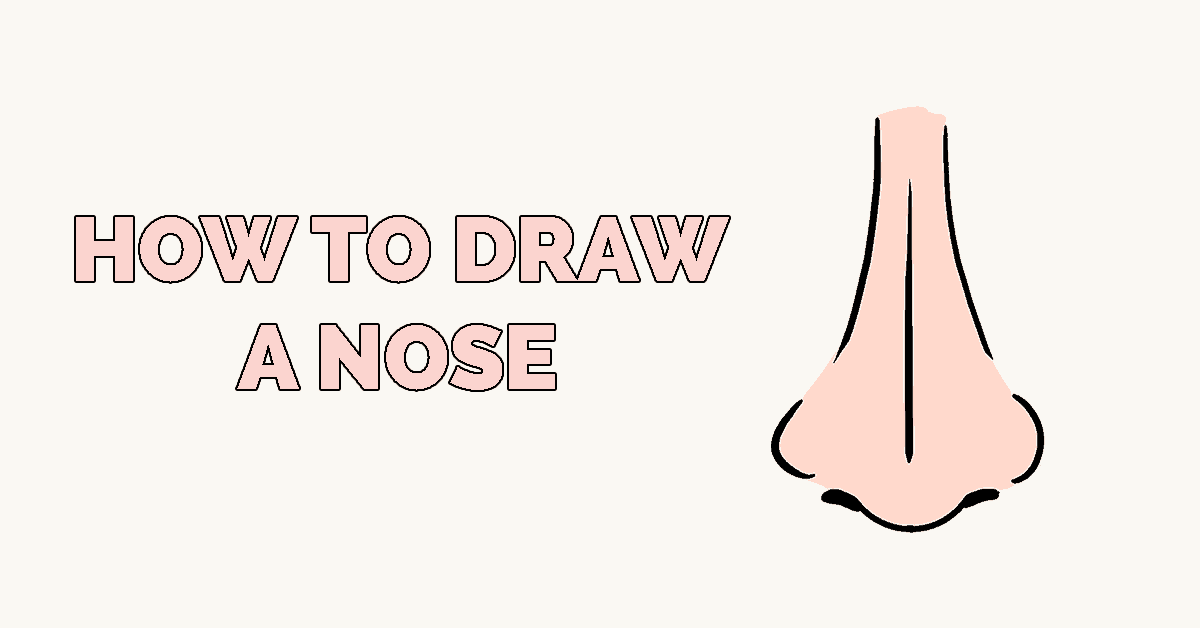 Since the invention of art in antiquity, when humans first mixed paints or scratched images in the dust, people have been a popular subject. Ancient hieroglyphics and cave paintings contain images of people, and as these artists became more skilled, their work became more detailed. Soon, their pictures including lifelike depictions of the human face.

The face can be an intimidating item to draw. Breaking the face down into smaller parts and learning to draw these can simplify the task. The nose, of course, is one such important item. Noses appear in almost all pictures of the human face. In some art forms, such as in caricatures or in some cartoons, the nose assumes an even larger role as an exaggerated feature. An example of this can be seen in Maz Beerhohm's 1896 caricature of Aubrey Beardsley, from the collection Caricatures of Twenty-five Gentlemen. In this picture, the man's face is almost entirely a nose!

Did you know? Your nose does more than just detect smells. It actually serves as a filter and air conditioning unit for your lungs. Tiny hairs in your nose help remove dust, smoke, and germs from the air you breath. Small blood vessels warm cold air before it enters your lungs. They also add moisture to the air, helping you to breath easily.

Would you like to draw your own nose, or someone else's? Following the instructions in this easy, step-by-step drawing tutorial is a great place to start.

To draw a simple nose, all you will need is a pencil, a good eraser, and a sheet of paper. Notice that each step in this drawing guide includes both an illustration and explanatory text. New lines in each step are shown in blue, while previously drawn lines fade to black. Some steps will require you to erase guide lines. When finished, you may color your drawing using crayons, colored pencils, markers, or paints.

"The nose knows," as they say, but why stop there? Hone your drawing skills and check out our tutorials for drawing eyes, lips, and even an entire face!

If you liked this tutorial, see also the following drawing guides: Face, Eyes, and Ear.

Step-by-Step Instructions for Drawing a Nose

1. Begin by drawing a straight, vertical line. This will form the bridge of the nose, and it will also serve as a guide line.

2. Draw a straight, horizontal line perpendicular to the first. This will serve as a guide line.

3. Draw two curved lines, one on each side of the vertical line. Note that the lines are closer together at the top than at the bottom. These lines serve to outline the shape of the nose.

4. Draw a circle around the point where the perpendicular lines meet. This will help you to draw the tip of the nose.

How to Draw Steven Universe

5. Draw two short, curved lines at the bottom of the circle. These lines begin the nostrils, the openings of the nose.

6. Erase the guide lines formed by the circle.

7. Draw a curved line crossing the horizontal line. This outlines the side of the nostril.

8. Draw a curved line crossing the horizontal line on the opposite side, forming a mirror image. This outlines the other nostril.

How to Draw the Red Ranger from Power Rangers

9. Erase the guide lines formed by the perpendicular lines. Note that a portion of the vertical line remains to form the bridge of the nose. Finally, shade the opening of the nostrils.

The Complete Nose Drawing Tutorial in One Image

How to draw: Nose - all drawing steps