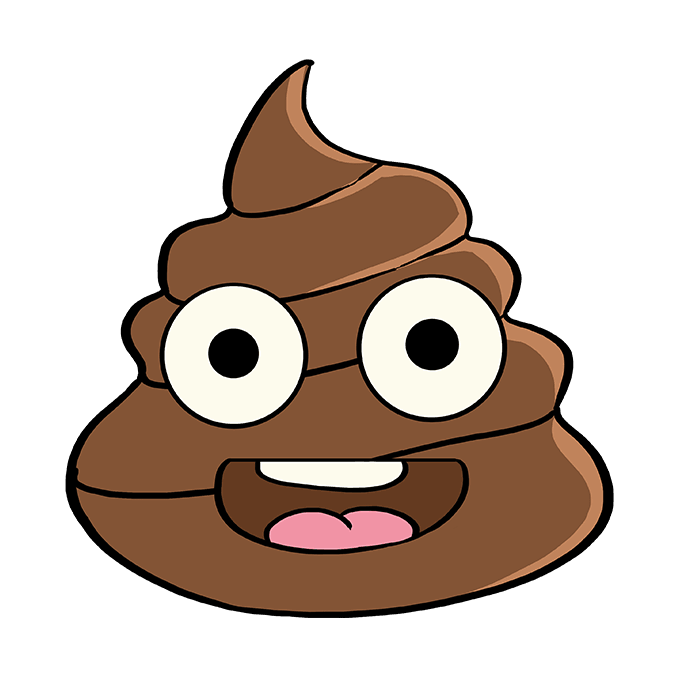 Emoji are pictorial icons used to communicate meaning and emotion in written messages. The poop emoji - also called pile of poo, dog dirt, or smiling poop - officially became a part of Unicode, a computing character set for all languages, in 2010.

When first released, the poop emoji was at times mistaken for a chocolate Hershey's kiss or a scoop of chocolate ice cream. Google's original design featured "stink lines" and hovering flies. This popular emoji is used to represent literal feces and other "bathroom topics," as an alternative to slang terms, to say "I don't like that," and even in place of a traditional smiley face. In this latter setting, it conveys whimsy, silliness, and fun.

Emoji were first created in Japan, and the idea of the poop emoji had been a part of popular culture since at least the 1980s. A manga and anime called Dr. Slump featured jokes surrounding unchi - a child's word for poop. When this emoji was released to the rest of the world, however, some users were offended. Yet, it quickly became one of the most popular. Today, you'll find this quirky emoji everywhere from plush pillows to decorated cookies.

Would you like to draw a smiling poop emoji? This easy, step-by-step emoji drawing guide is here to show you how. All you will need is a sheet of paper, a pencil, an eraser, and perhaps something to color with. 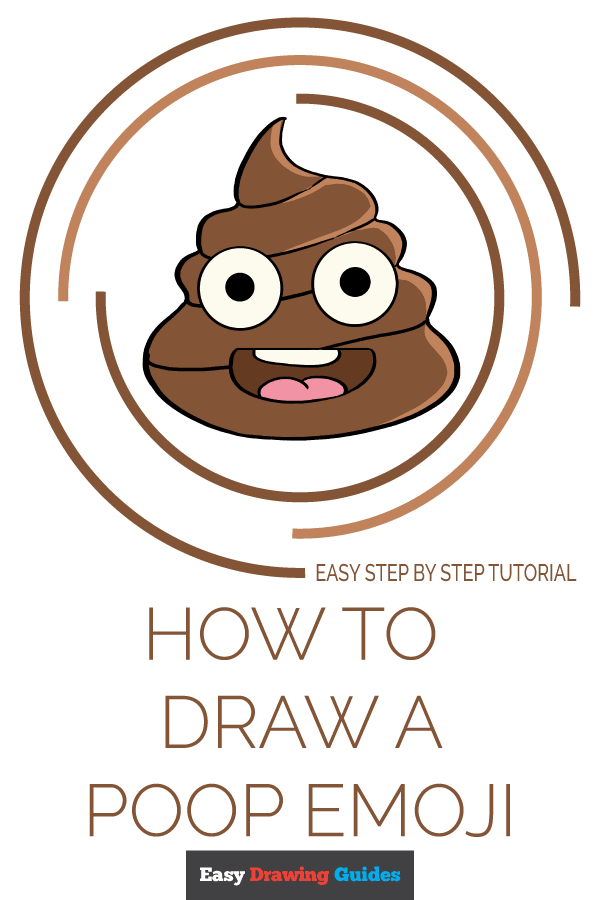 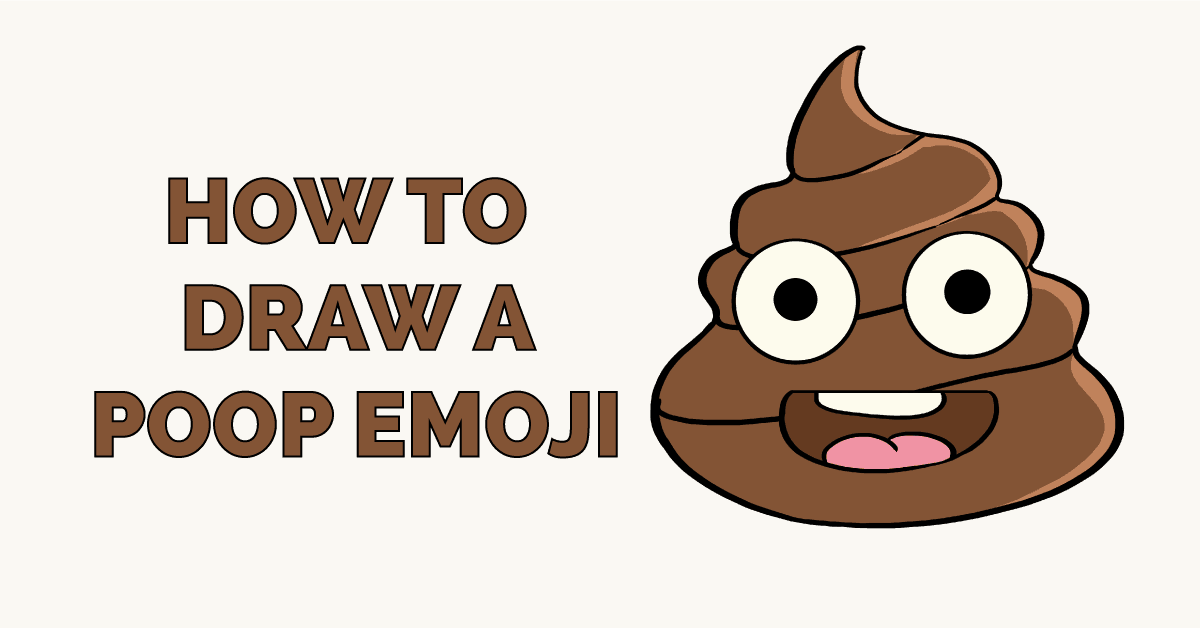 How to Draw a Great Looking Poop Emoji for Kids, Beginners, and Adults - Step 1 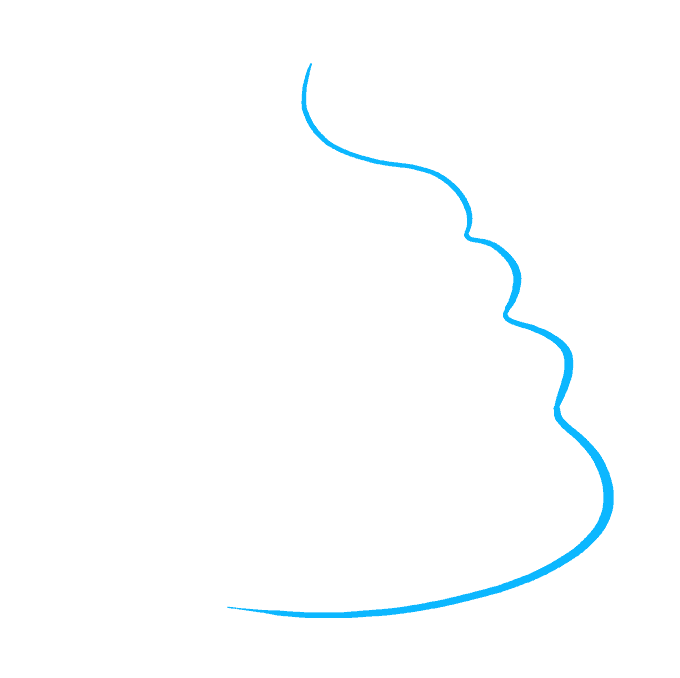 1. Begin by drawing a wavy, scalloped line following a diagonal slant. This forms the side of the poop emoji. Then, double the line back beneath itself to form the curved bottom of the emoji. 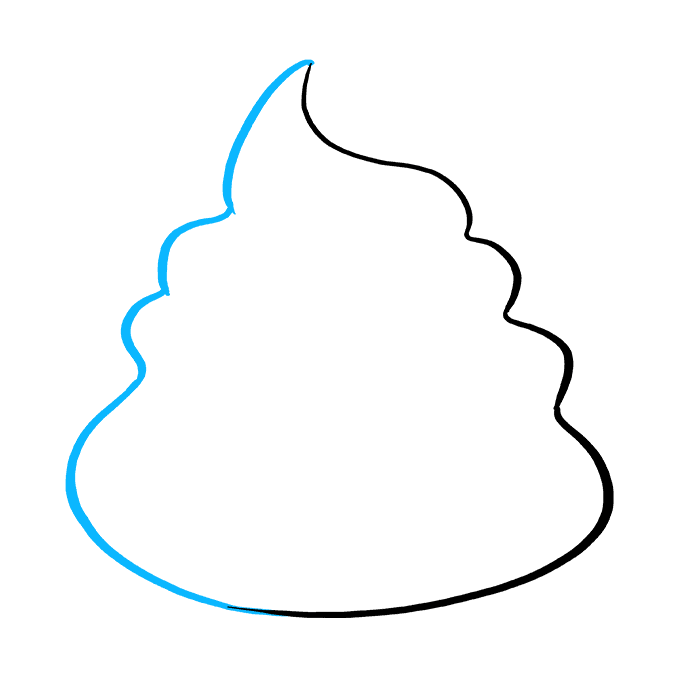 2. Draw another wavy, scalloped line, fully enclosing the shape of the emoji. Notice how the lines converge at a curved, gentle point at the top. 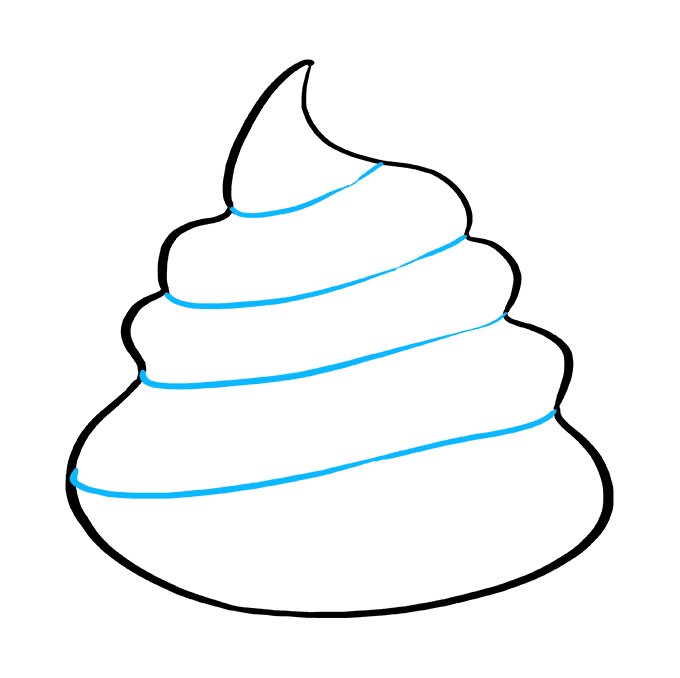 3. Draw curved lines across the emoji at a diagonal angle. The lines should connect the low points of the scalloped curves on each side. This gives the emoji the appearance of layers. 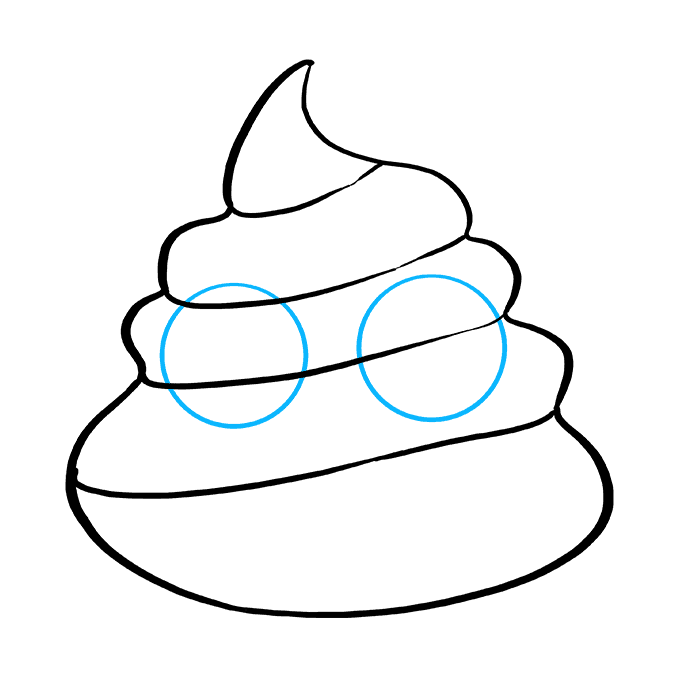 4. Draw the poop emoji's eyes. For each eye, draw a large circle. You'll be overlapping the diagonal lines, but don't worry - we'll take care of that in the next step. 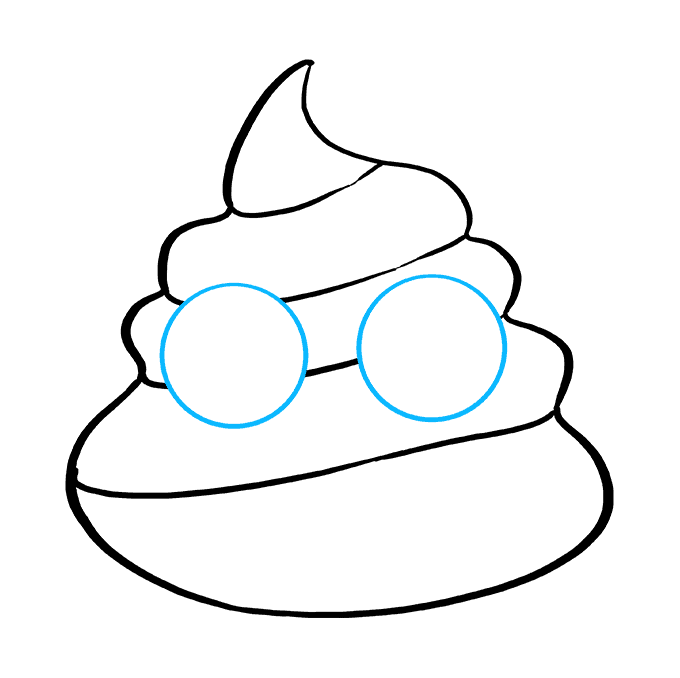 5. Erase the diagonal lines from the circles that form the eyes. 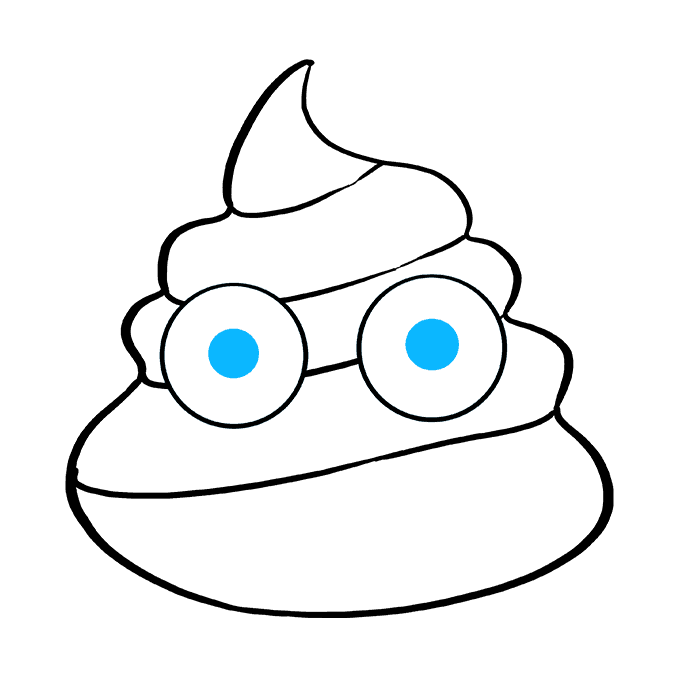 6. Draw a smaller circle inside each of the eyes, and shade it. This forms the poop emoji's pupils. 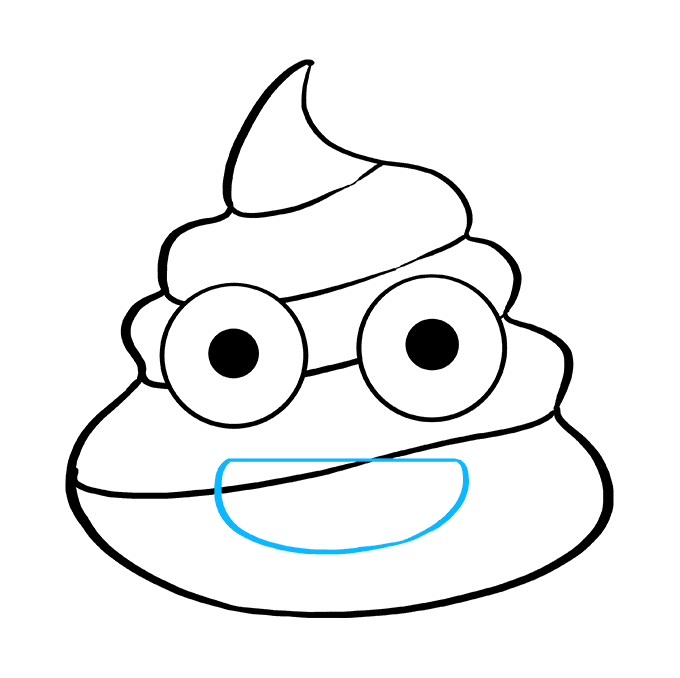 7. Draw the poop emoji's smiling mouth. Use a straight line for the top of the mouth and a curved line for the bottom. 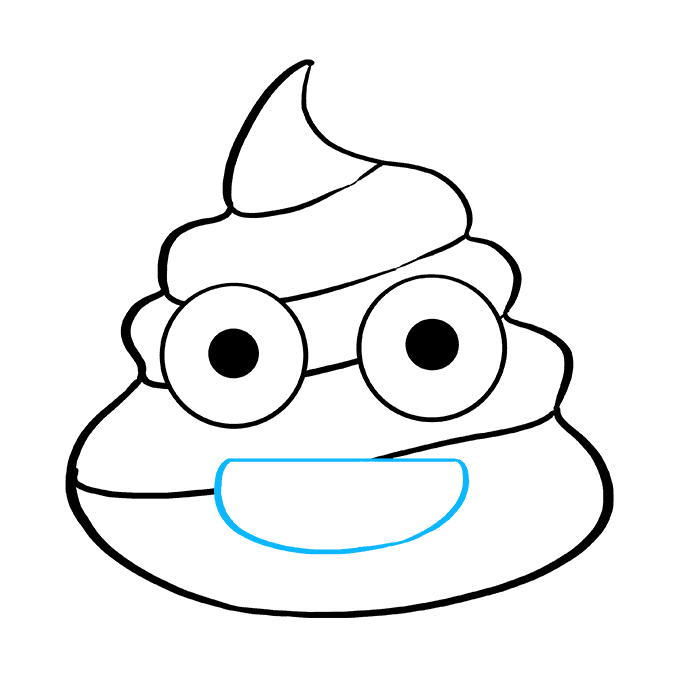 8. Erase the diagonal line from behind the mouth.

Complete the Outline of Your Poop Emoji Drawing - Step 9 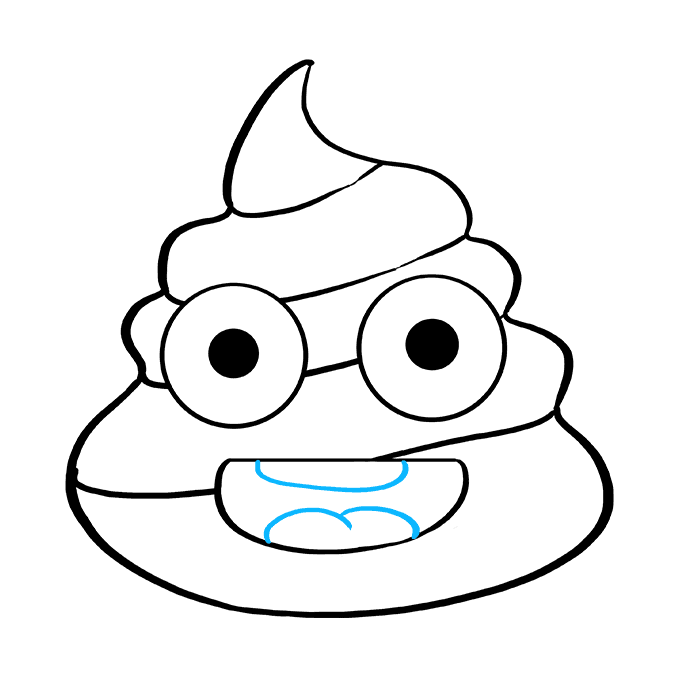 9. Use curved lines to enclose the upper teeth and the tongue inside the smiling mouth.

Color your poop emoji. It is usually brown in color with a red tongue.

Check out other emojis and cartoon character drawing guides. 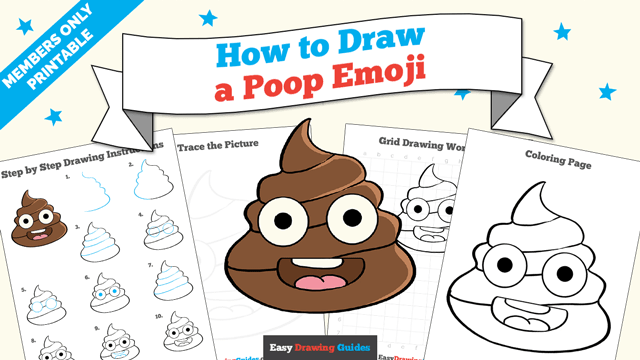