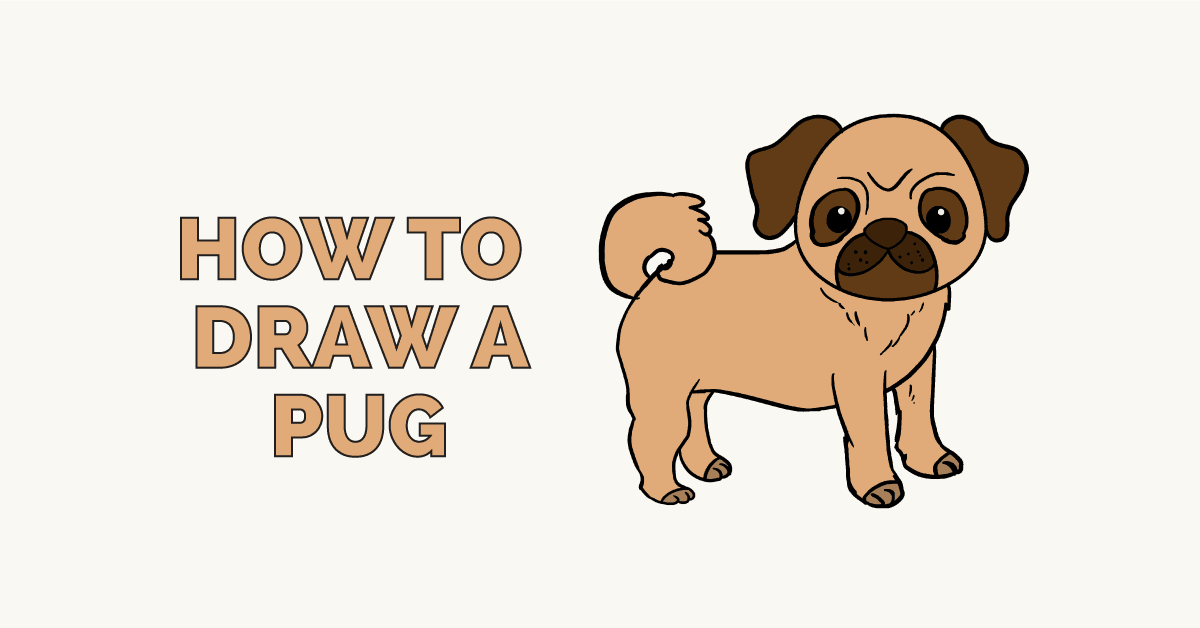 ​Pugs are small dogs originally from China. By the late 1500s, traders had brought the dogs to Europe. Their popularity increased as pugs were kept by various royal families. In 1572, the pug became famous for alerting a prince to the danger of approaching assassins.

Because of their pleasant personality and loyalty, pugs are still common companion animals. In fact, that is what they were originally bred for - as companions to imperial family of China.

During the sixteenth and seventeenth centuries, rich pug owners in Italy dressed their pugs in jackets and pants matching their carriage drivers, and had the dog sit up front. Josephine, the wife of Napoleon Bonaparte, had her pet pug carry secret messages from the prison - as only the dog had been given the right to visit her.

Pugs have long featured in art as well. Famed painter Francisco Goya immortalized the animal, and pugs were often pictured in portraits with their upper class owners. In India, interest in pugs surged after one of the breed was used in a series of phone advertisements.

Would you like to draw a pug? This easy, step-by-step drawing tutorial is here to help. All you will need is a pencil, an eraser, and a sheet of paper. You may also wish to color your finished picture.

​Step by Step Instructions for Drawing​​​ a​​ Pug

2. ​Extend a long, curved line from the side of the head. Curve the line back upon itself, connecting to the bottom of the head and enclosing a peanut-like shape. This forms the dog's body. Notice the small overlap on the chest, giving the appearance of fur.

3. ​​​​​​​​Extend two sets of curved lines downward from the chest and belly. These are the dog's front legs. Notice the curvature of the legs and the overlapping lines, indicating fur. Connect the lines on the ends using short, curved lines, forming the feet. Draw a curved line across each foot, and use short, curved lines to distinguish the toes.

6.​ ​​​​​​​​​​Draw two large, irregular ovals in the middle of the face. These will form the eyes. Draw a curved line above each eye and a rounded "V" shaped line between them, indicating the wrinkled brow.

7. ​Draw an upside down, rounded triangle to form the nose. Connect it to the bottom of the face using curved lines. Draw short, curved lines to indicate fur on the chest and leg.

8.​​​ ​Extend a curved line from each side of the head, and enclose an irregular shape. These are the dog's ears. 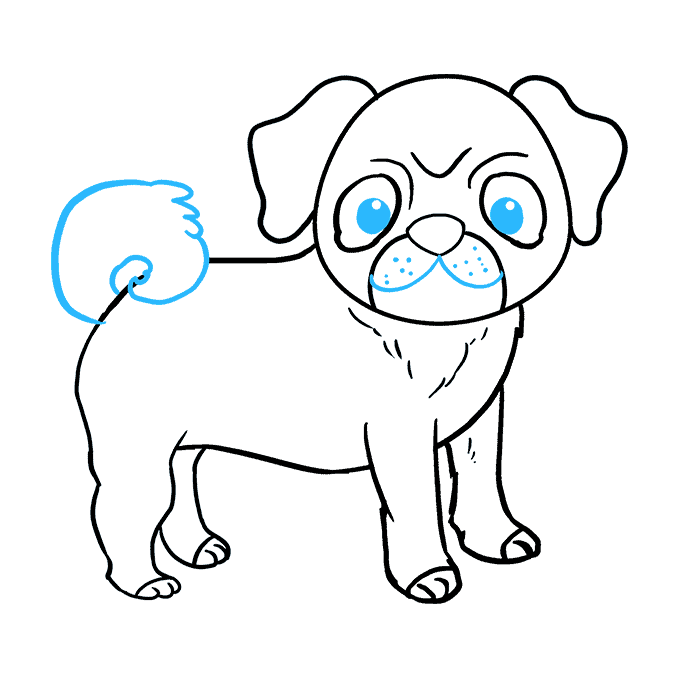 9.​​ ​To draw the tail, first draw a long, curved line upward from the back of the body. From there, draw a series of short, curved lines to indicate fur. Let the curled tail end in a point, and then reconnect to the body. Detail the face. In each eye, draw a small circle within a circle, and shade between the two. Draw a curved "W" shaped line below the nose, forming the mouth. Draw dots above it.

Draw more of man's best friend with our collection of dog drawing guides.

The Complete Pug Drawing Tutorial in One Image

How to draw: Pug - all drawing steps