By following the simple steps, you too can easily draw a beautiful Shooting Star. 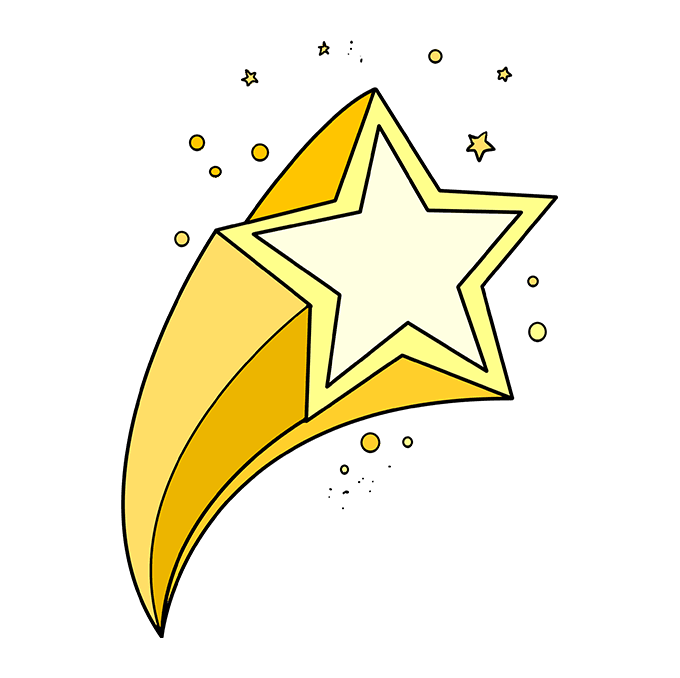 What is a shooting star? Also known as falling stars, these streaks of light are scientifically called meteors.

Friction with the atmosphere causes the light we see through incandescence, and the heat often burns up the stone.

However, if the rock reaches the ground, it is then known as a meteorite.

Shooting stars have been known since ancient times. However, they were not then thought to be cosmic in origin - instead, they were thought to be an atmospheric or weather phenomenon, like lightning.

It was not until a large meteor shower took place over the United States in 1833 that science began to take notice, and realize that the light show originated beyond the earth.

The classic Disney song "When You Wish Upon a Star" is translated as "when you see a shooting star" in some languages.

From where did the act of making a wish upon seeing a shooting star originate? Likely, it can be traced to ancient religions that worshiped stars as deities, similar in some ways to the act of prayer.

According to the mathematician Ptolemy, shooting stars were dropped by the gods as they peered down at the earth.

The Greeks believed shooting stars to be disembodied souls, and Christian mythology has at times assigned them the role of fallen angels.

Would you like to wish upon a shooting star? Now, you can draw one, with this easy, step-by-step star drawing tutorial.

All you will need is a pencil, pen, or marker and a sheet of paper. You may also wish to color your finished drawing.

If you liked this tutorial, see also the following drawing guides: Galaxy, Earth, and Moon. 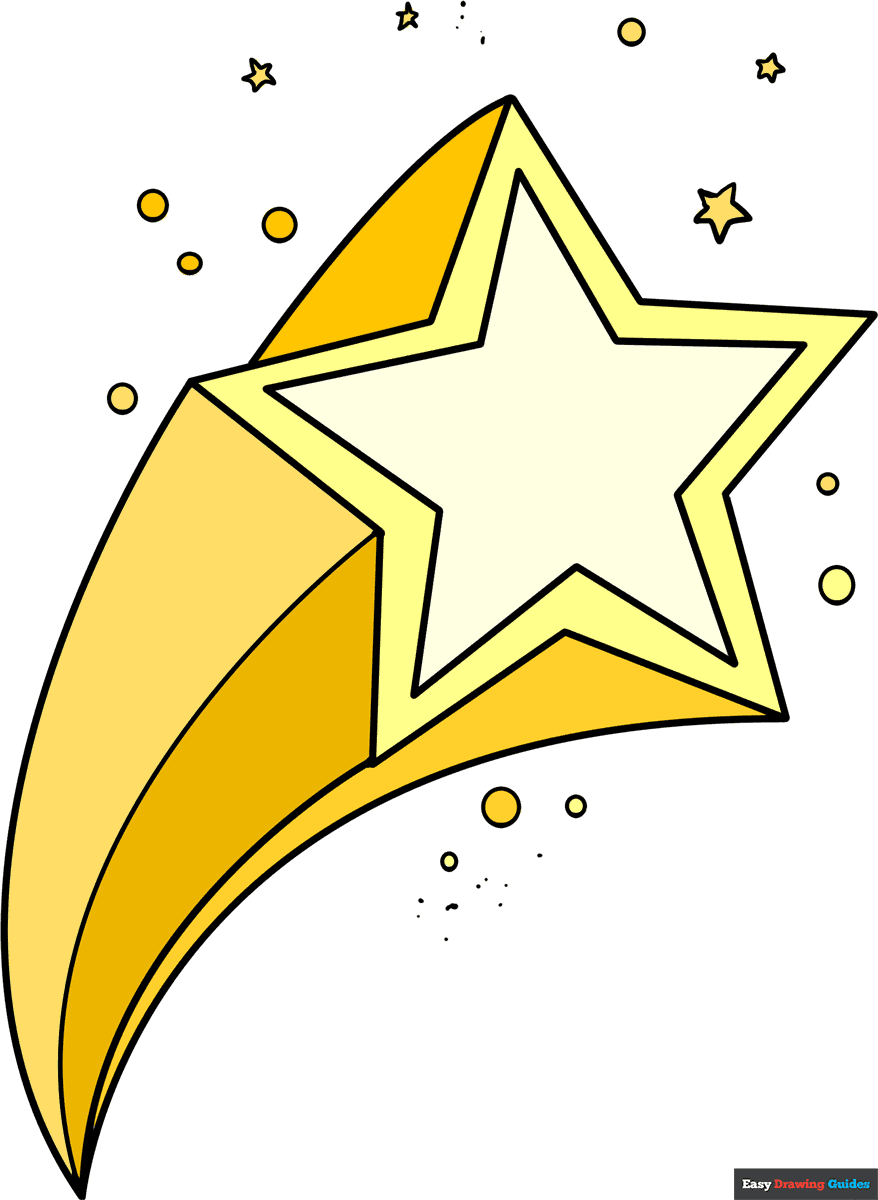 How to Draw a Great Looking Shooting Star for Kids, Beginners, and Adults - Step 1 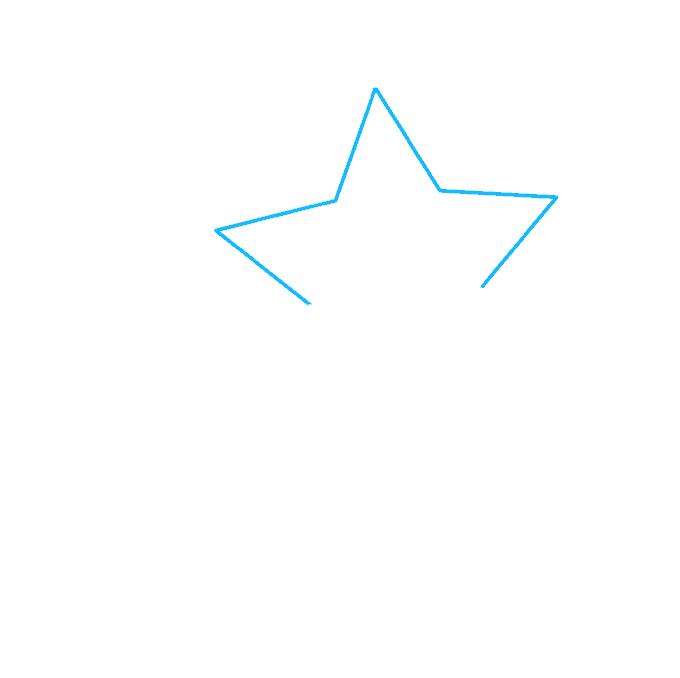 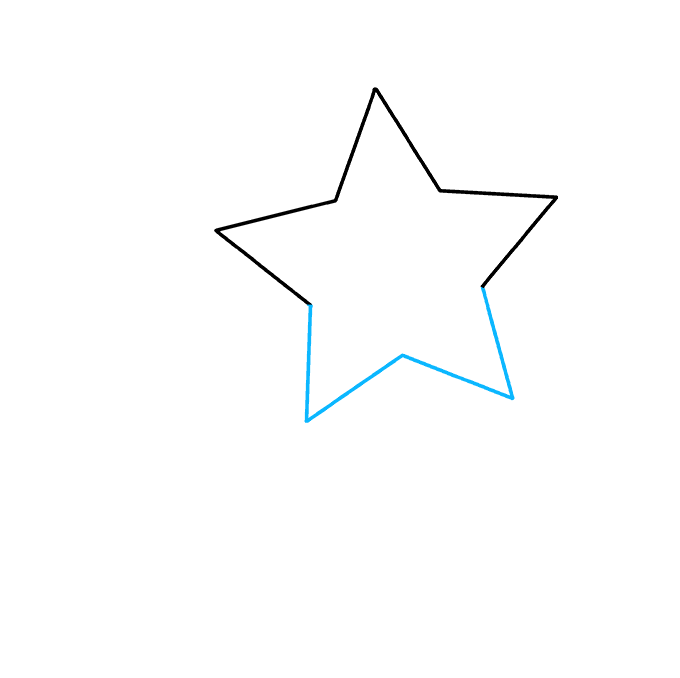 2. Draw two more "V" shaped lines connected to the first. This fully encloses the shape of the star.

3. Draw a curved line from the uppermost point of the star. Attach it to the star's arm. 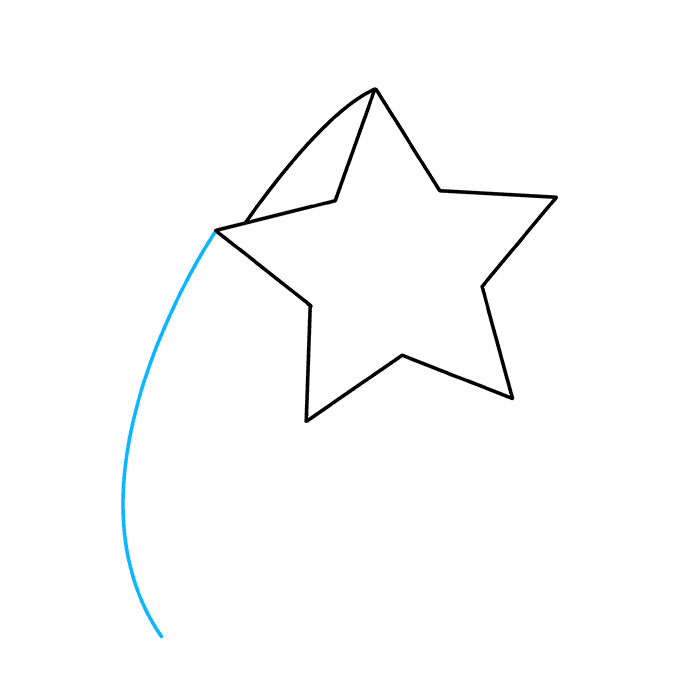 4. From the tip of that same arm, draw a long curved line. This will form the shooting star's streak or tail. 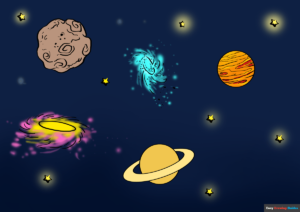 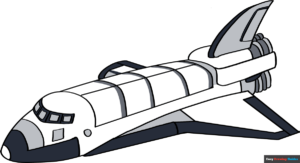 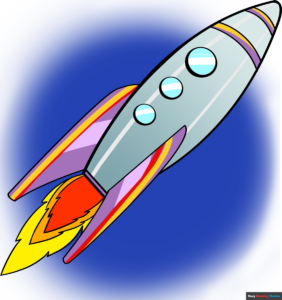 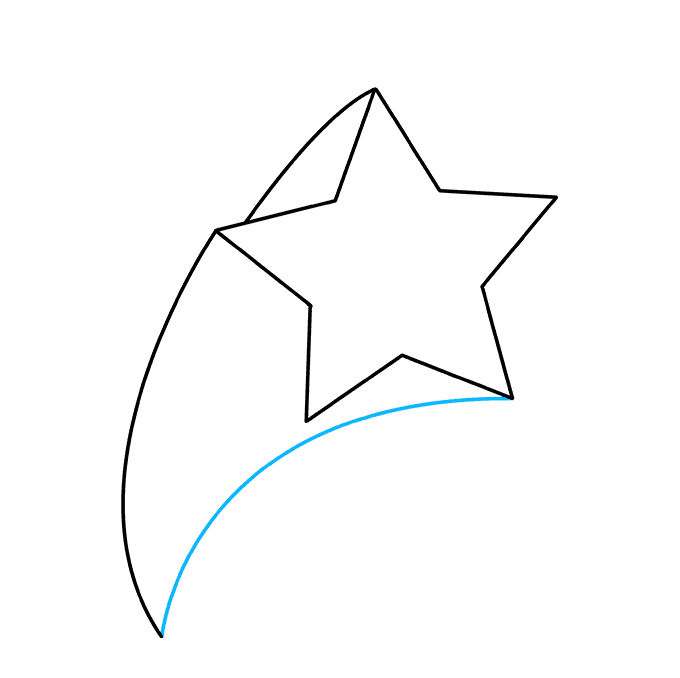 5. From the star's opposite point, draw another long curved line. Allow it to meet the previous long line at a sharp point. 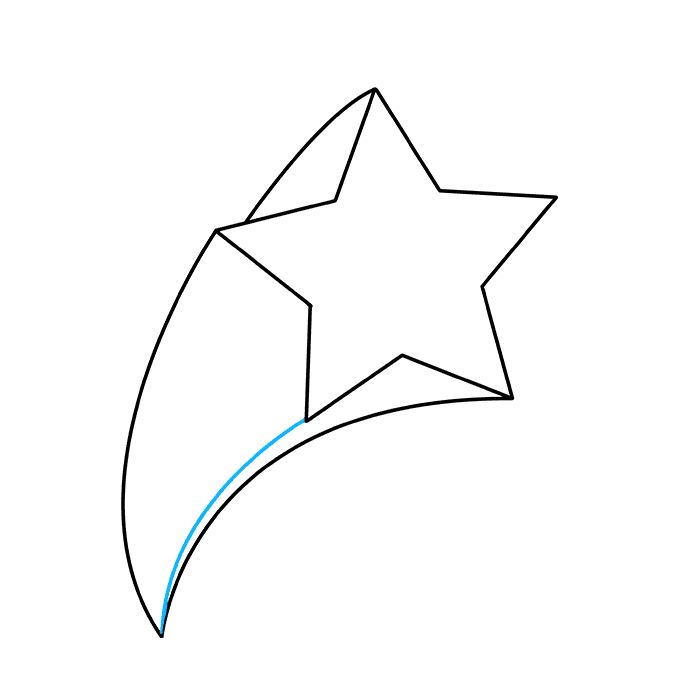 6. Draw a curved line from the remaining bottom point of the star. It should meet the existing lines at a point. 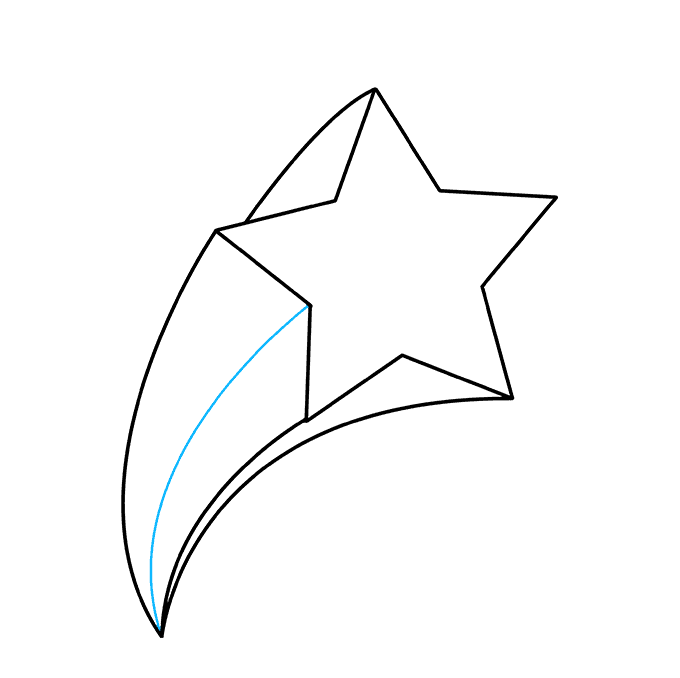 7. Draw another long curved line from between the star's arms. This line should also meet the junction of the previous lines at a point. 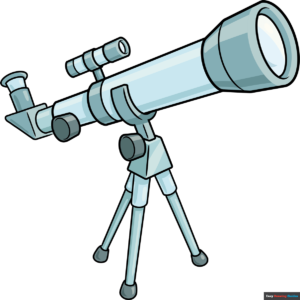 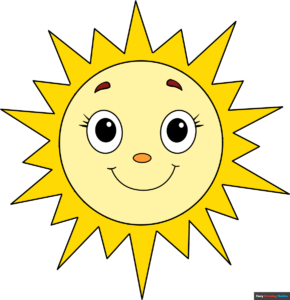 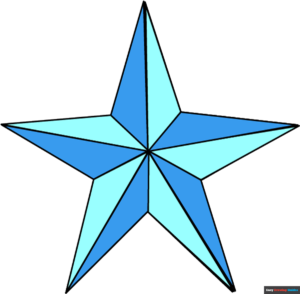 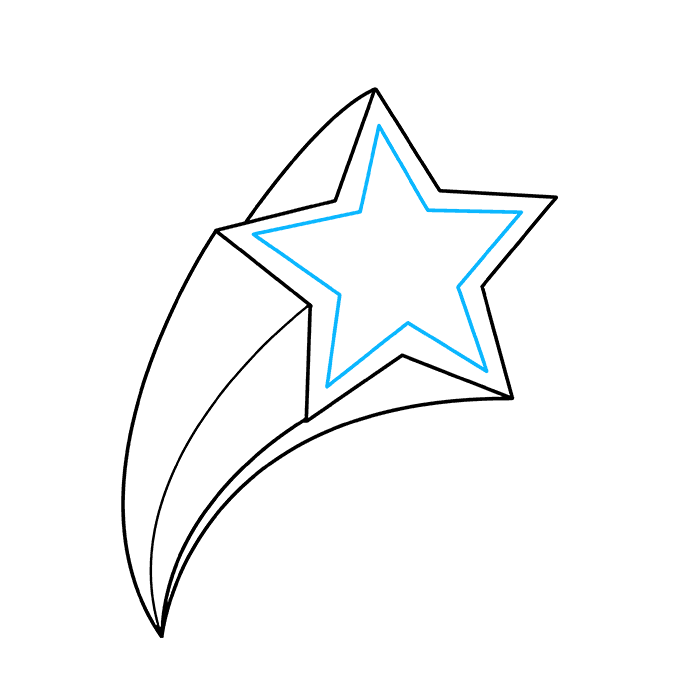 Complete the Outline of Your Shooting Star Drawing - Step 9 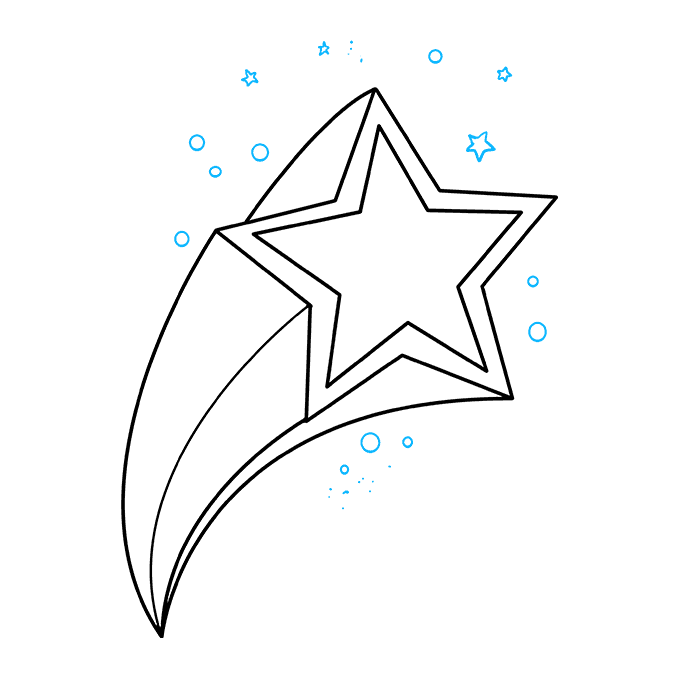 9. Draw multiple small stars and circles around the shooting star.

Color your shooting star. In nature, shooting stars often appear white, yellow, or green. In popular culture, they can be any color you can imagine, so be creative!

If you thought this star drawing guide was far out, check out our impossible star, galaxy, earth, moon, and night sky drawing guides. 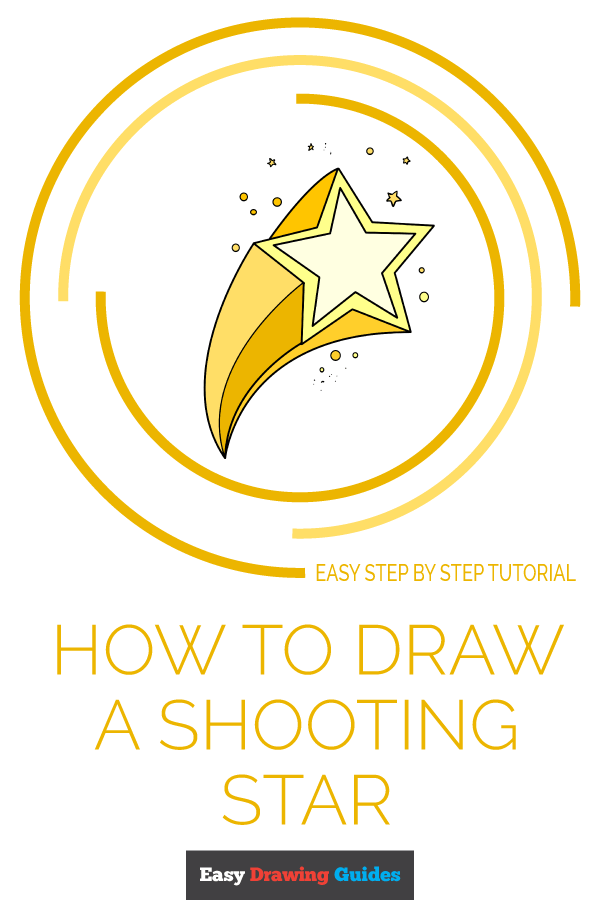 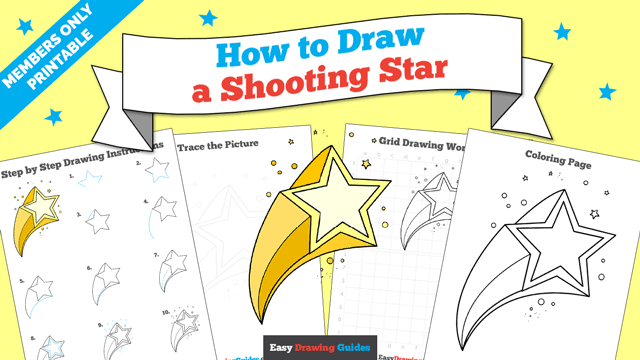