By following the simple steps, you too can easily draw a beautiful Tea Cup. 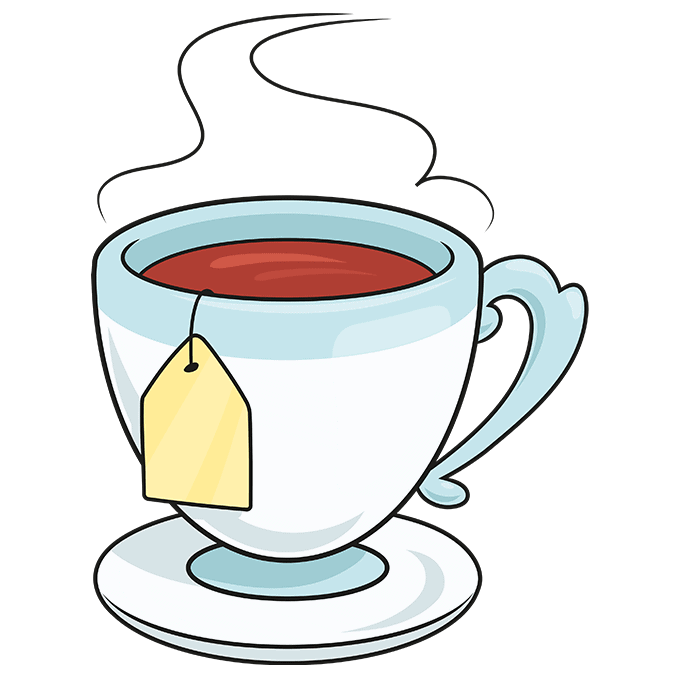 "Are they gonna live happily ever after, Mama?"
- Chip Potts, Beauty and the Beast

A tea cup or teacup is a type of drinking glass especially designed for serving hot tea.

Teacups are generally part of a tea set for preparing and serving the beverage. Such a set may include a teapot, saucers, teaspoons, and other paraphernalia.

Tea has been important to many cultures for millennia. This beverage is made from boiling the leaves of the tea plant. In China, it has been consumed for about 5,000 years. Tea first reached Europe in 1610.

In 1773, American patriots famously dumped chests of tea into Boston Harbor in an event known as the Boston Tea Party. They did so to protest taxes and their lack of representation in the British government.

In times past, however, loose tea had to be placed in a special holder for steeping or strained out of the tea before drinking. Some teas are still prepared in this way.

Teacups often feature in popular culture. They may be used to represent modern aristocrats or royalty, or hearken back to times past, such as the British Regency period.

Sometimes, teacups are personified. For example, Chip from Disney's Beauty and the Beast was a boy who had been enchanted and turned into a teacup. The rambunctious child had a prominent chip at the mouth of the cup.

The Shopkins collectibles include teacup characters such as Tegan Tea.

Would you like to draw a cartoon teacup? This easy, step-by-step cartoon object drawing tutorial is here to show you how. 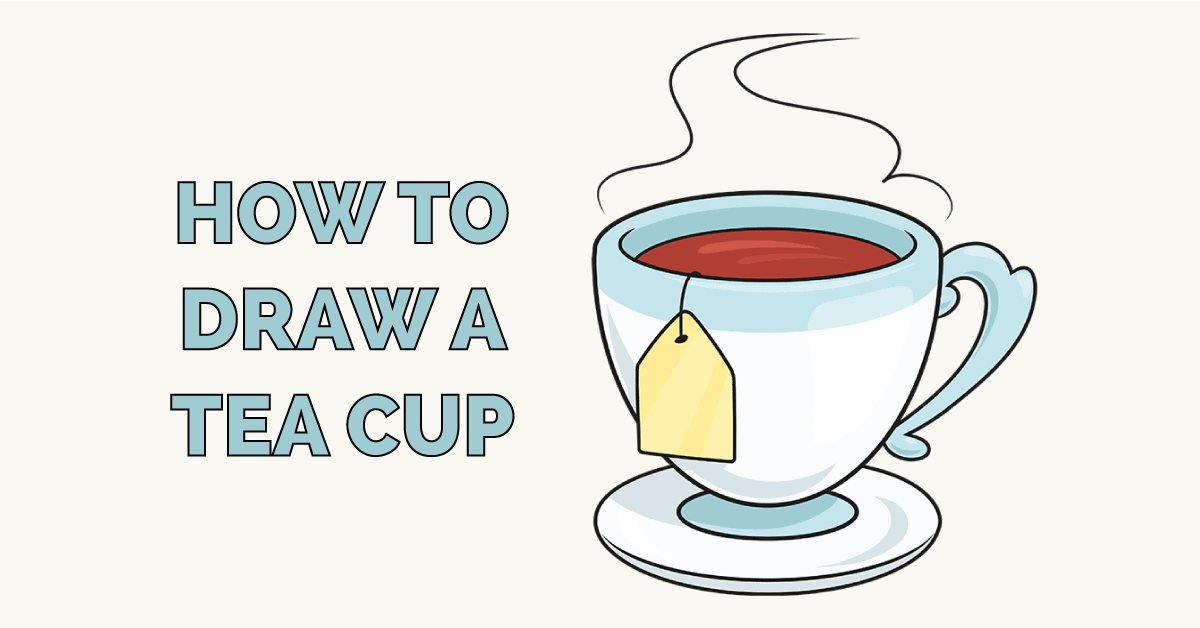 How to Draw a Great Looking Tea Cup for Kids, Beginners, and Adults - Step 1 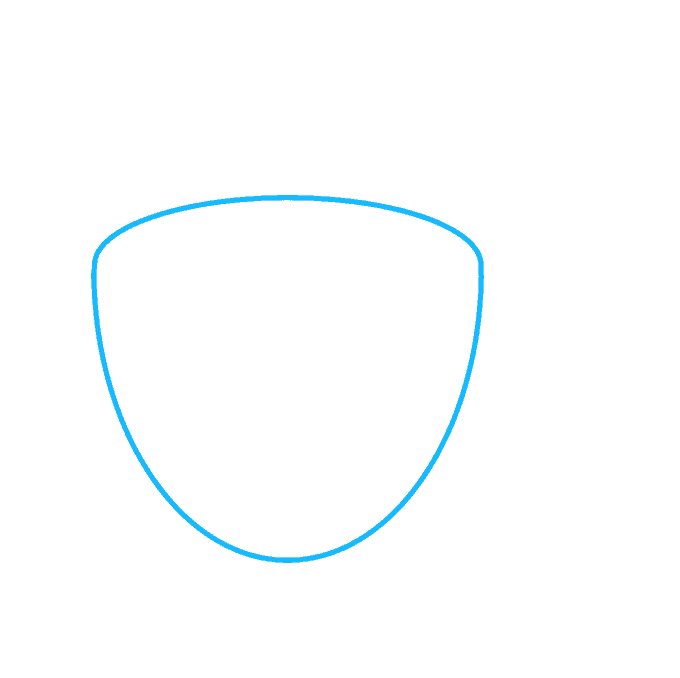 1. Begin by outlining the basic shape of the cup. Use curved lines to sketch an irregular rounded shape that is flatter on top than on the bottom. 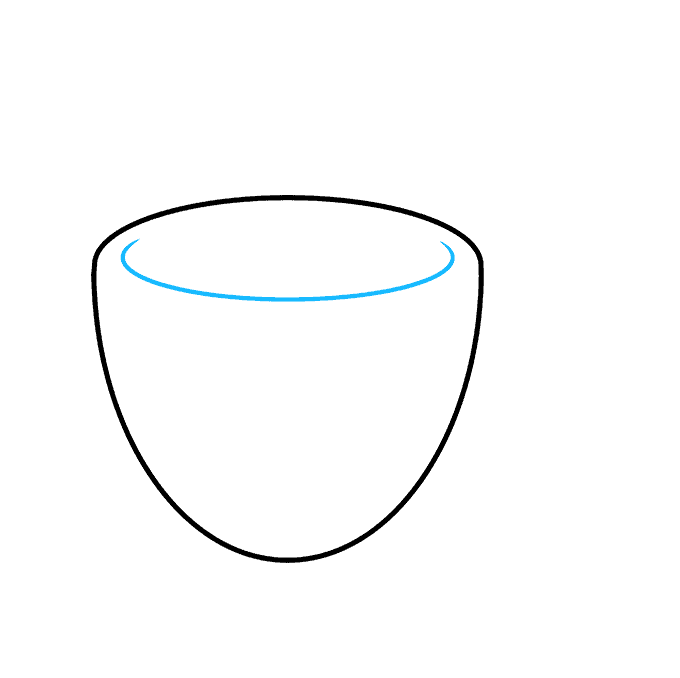 2. Draw a long, curved line along the top of the cup to indicate the cup's opening or mouth. 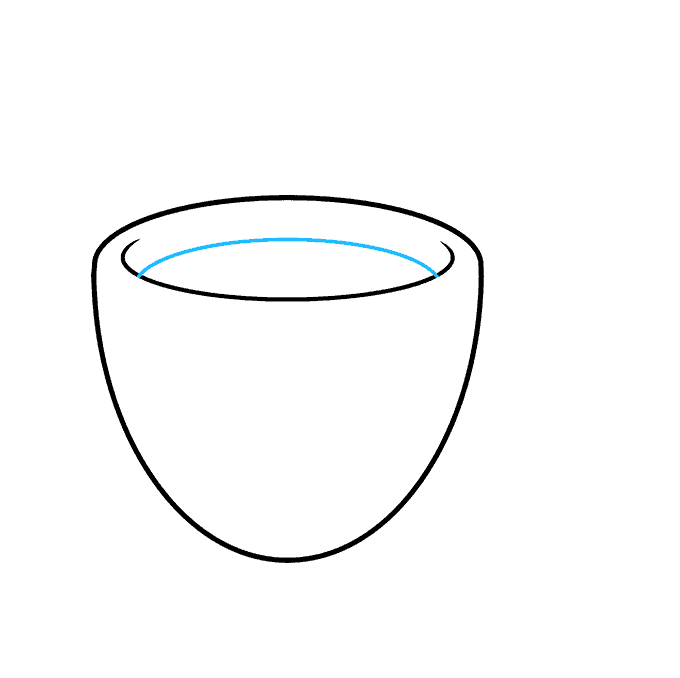 3. Draw another line across the top, overlapping with the first. This line should enclose a curved shape that is pointed on both ends, indicating the liquid in the cup as visible from this perspective. 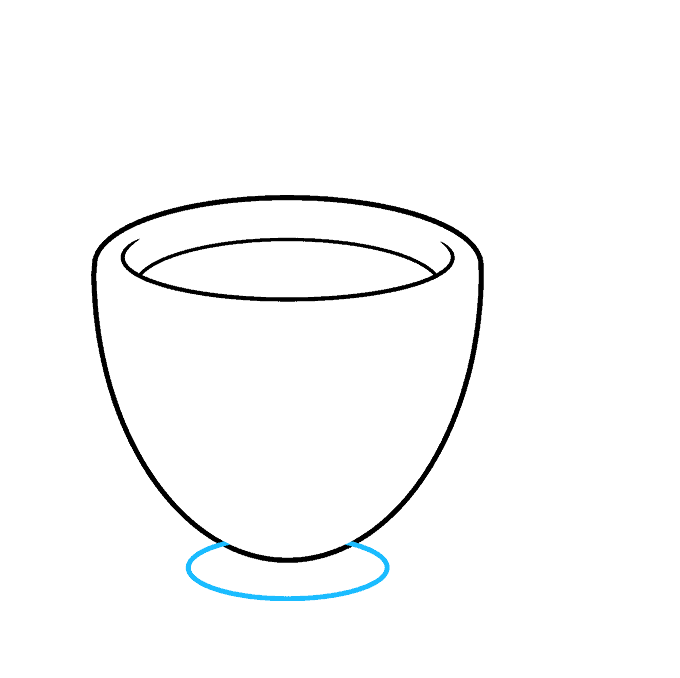 4. Draw the base or foot of the cup. Draw a long, curved line from the bottom of the cup, and double it back to attach to the opposite side. It should form a partial oval shape.

How to Draw a Vase 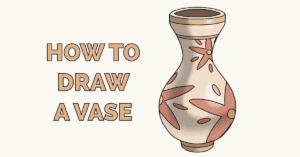 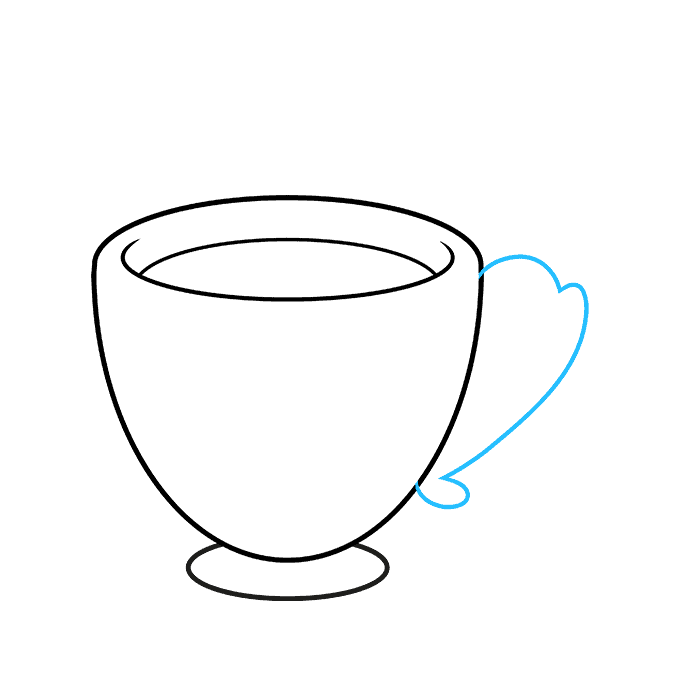 5. Draw the cup's handle. Use a series of "U" shaped lines so that the handle has a flourish at the top and bottom. 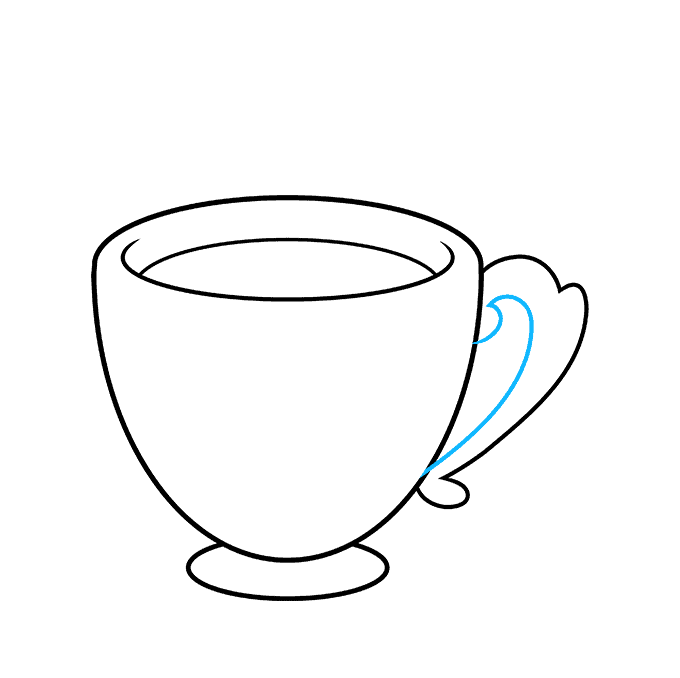 6. Draw the inner side of the handle using two curved lines that meet at a point. 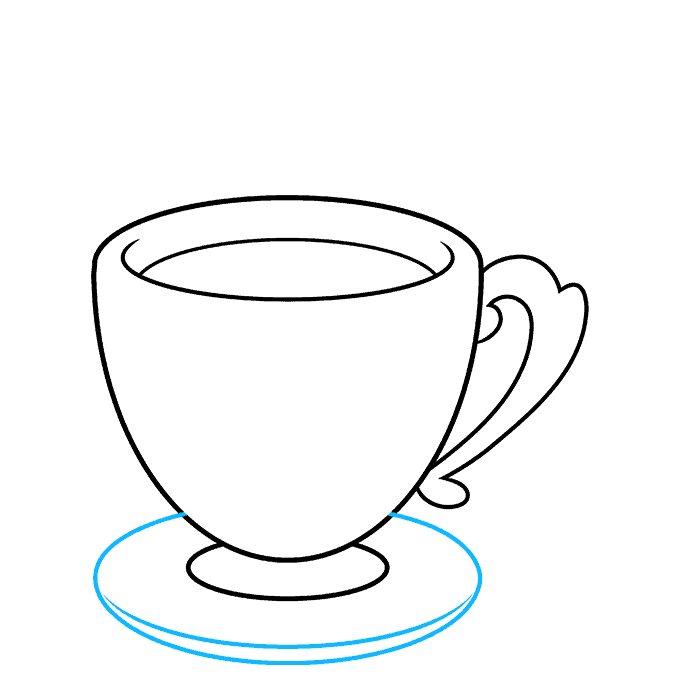 7. Draw the saucer beneath the cup. Enclose an oval shape around the base of the cup, then draw a curved line along one side. 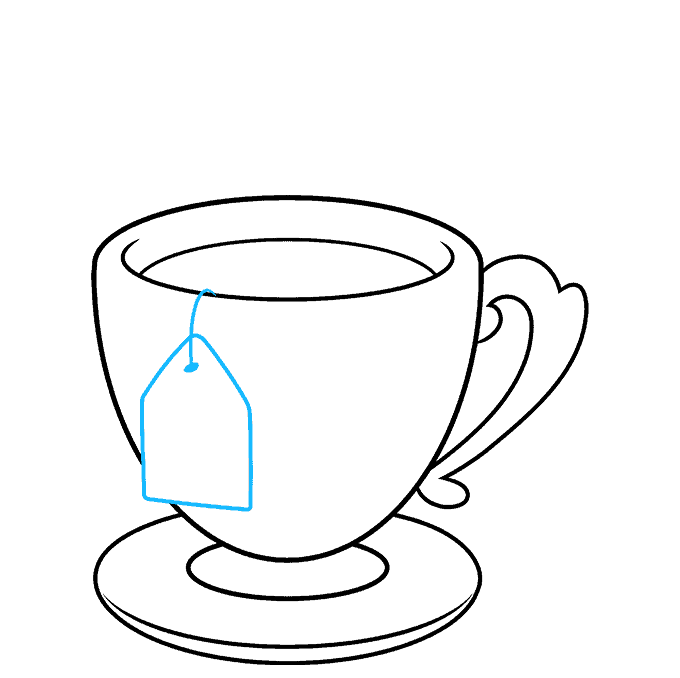 8. Draw a tea bag hanging from the cup, erasing as necessary. Enclose the pentagon shape of the label. Shade a small oval near the top, and from it draw a curved line going into the cup to indicate the string.

Complete the Outline of Your Tea Cup Drawing - Step 9 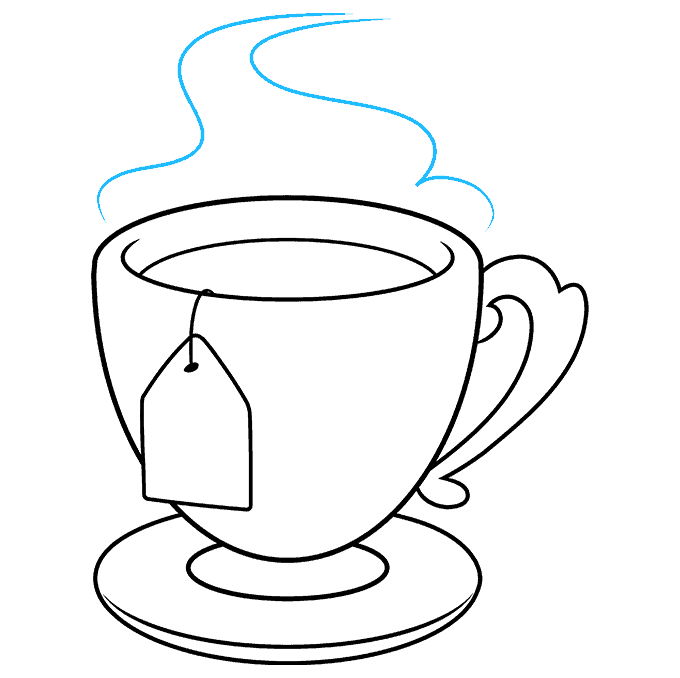 9. Draw steam rising from the cup. Use overlapping curved lines to form the cloudlike shape.

Color your cartoon teacup. Tea is usually brown in color, but can be lightened with the addition of milk.

Then check out our objects and plants drawing guides to help you set the table for a perfect tea party. 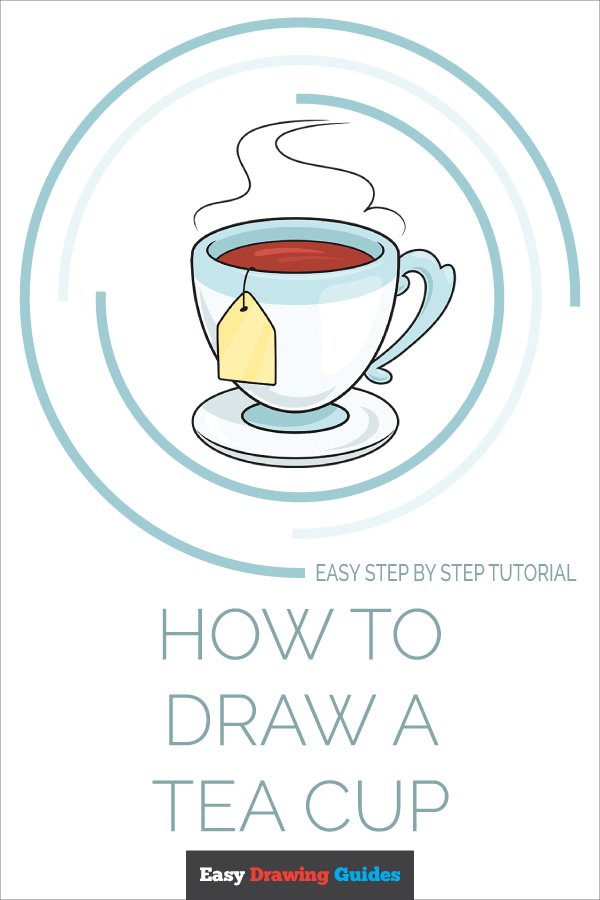 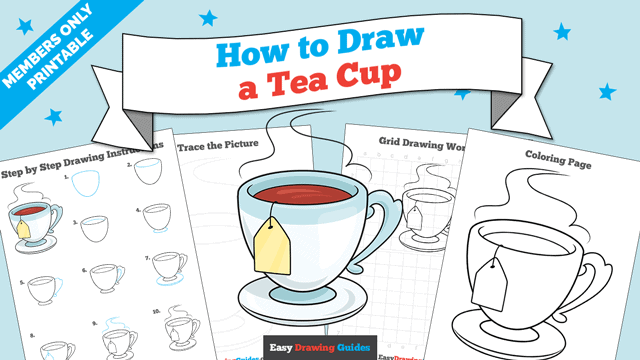