Learn how to draw a great looking Bendy with easy, step-by-step drawing instructions, and video tutorial.

By following the simple steps, you too can easily draw a beautiful Bendy. 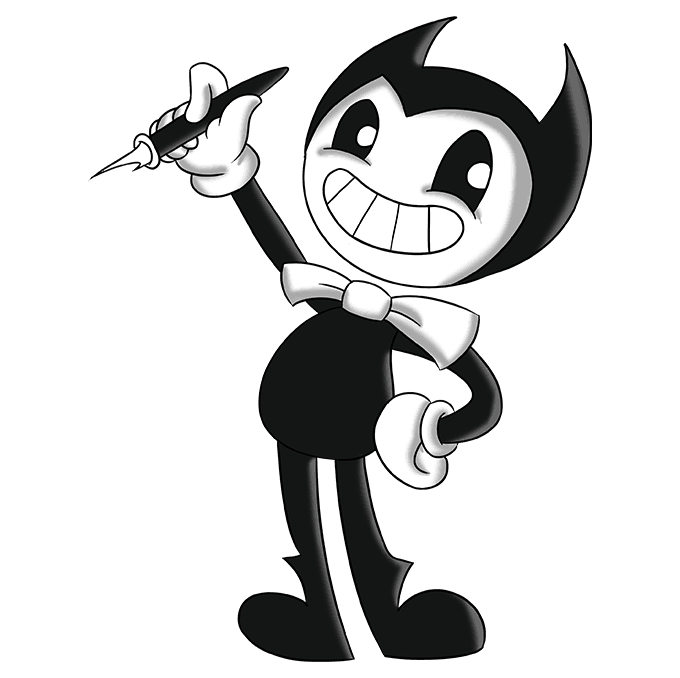 Bendy is the title character of Bendy and the Ink Machine (BATIM), a "first-person puzzle action horror game." The game "begins in the far days past of animation and ends n a very dark future," taking place in a "dilapidated world of shadows and ink."

The game revolves around the player's alter-ego, Henry Stein, a retired animator who returns to his old studio to find his characters come to life. The visuals have a vintage aesthetic - for example, Bendy's own design mirrors early Mickey Mouse cartoons, including the trademark gloves.

Bendy is the game's primary antagonist. Did you know? Bendy's name originated as a typo. It was a misspelling of the 3-D modeling program Blender, which occurred while saving a file during character development.

Bendy has featured in merchandise, books, animated shorts, a youth novel, and a spin-off game called Bendy in Nightmare Run. He will star in the game's sequel, Bendy and the Dark Revival.

Would you like to draw the cartoon character Bendy from Bendy and the Ink Machine? This easy, step-by-step cartoon character drawing guide can show you how. All you will need is a pencil, an eraser, and a sheet of paper.

"Solve the riddle. Escape the workshop. Above all, fear the machine and survive."

If you liked this tutorial, see also the following drawing guides: Tom from Tom and Jerry, Charlie Brown, and Chibi Deadpool. 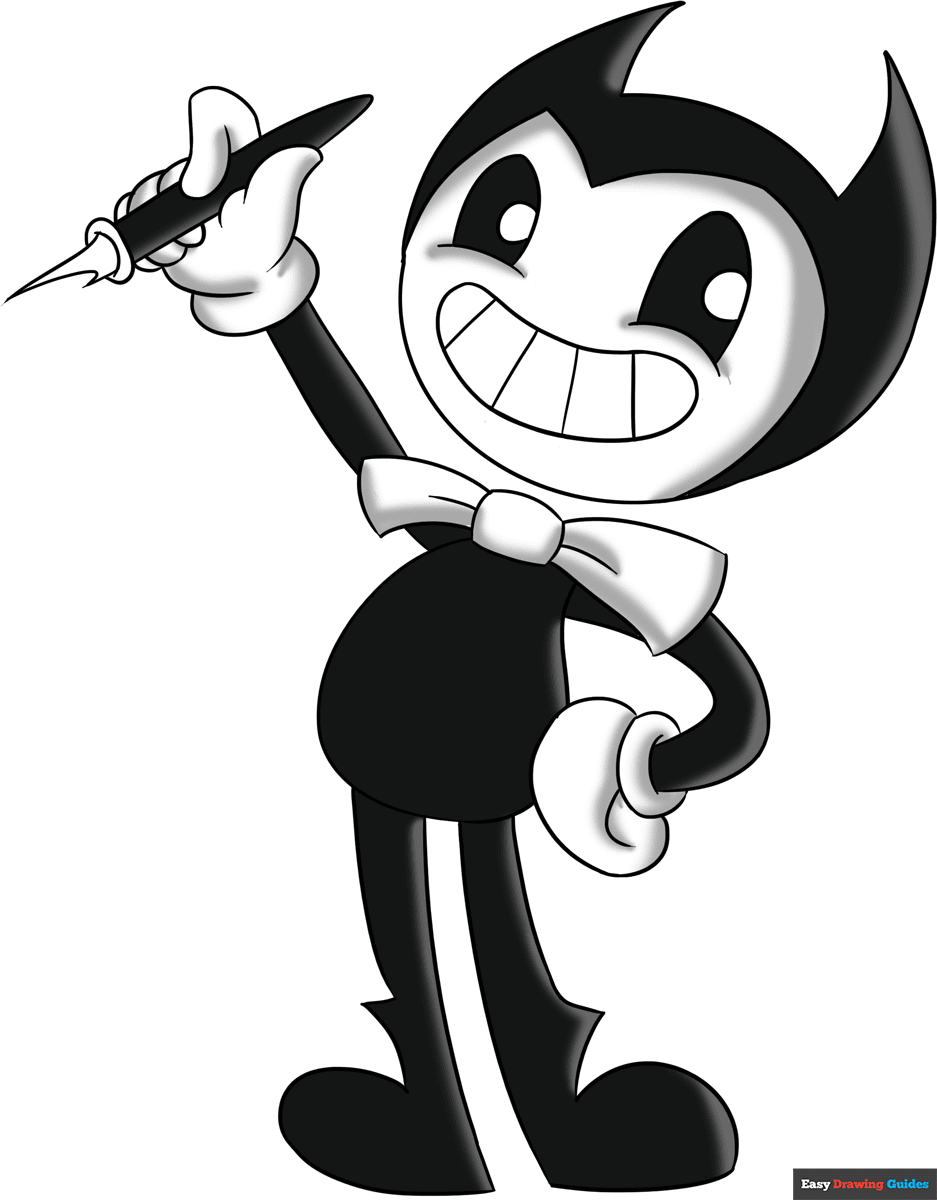 How to Draw a Great Looking Bendy for Kids, Beginners, and Adults - Step 1 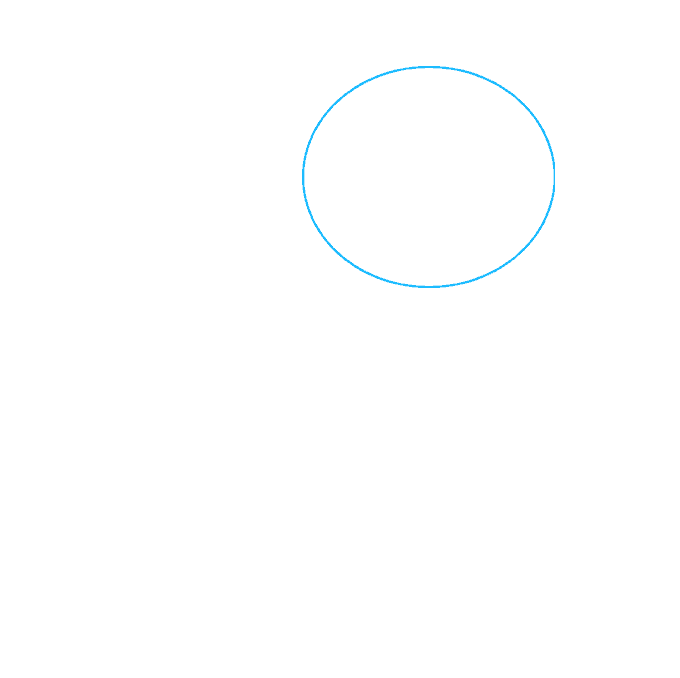 1. Begin by drawing a circle. This will form Bendy's head. 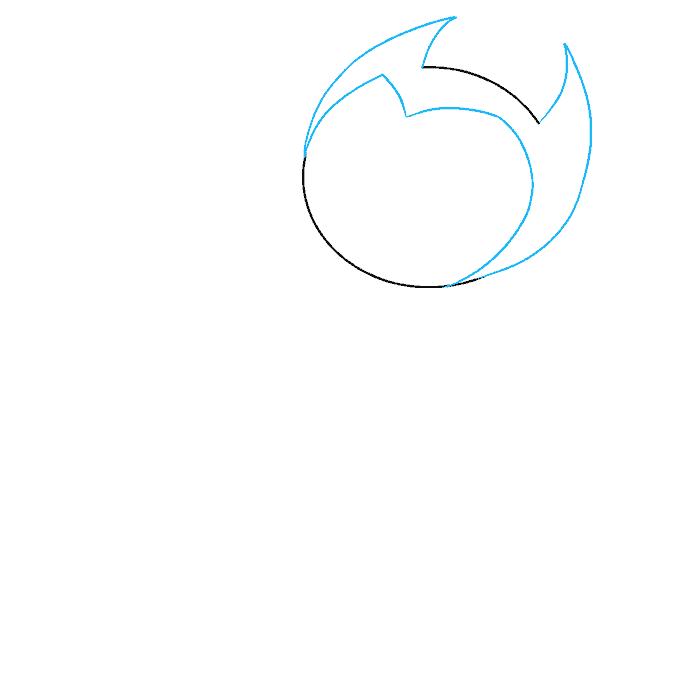 2. Detail the shape of the head, erasing as necessary. Extend pairs of lines from the surface of the circle, allowing them to meet at sharp points above the top of the head. Then, draw a rounded "M" shaped line across the top of the face. 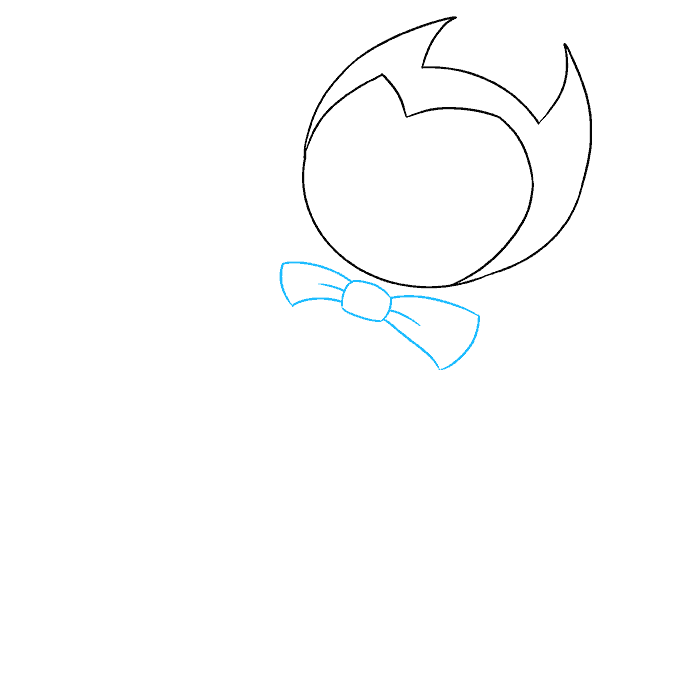 3. Draw Bendy's bowtie. Draw a rectangle with rounded corners for the knot, and enclose curved rectangles on each side of it to indicate the lobes of the bow. Draw a curved line emanating from each side of the knot, indicating folds in the fabric. 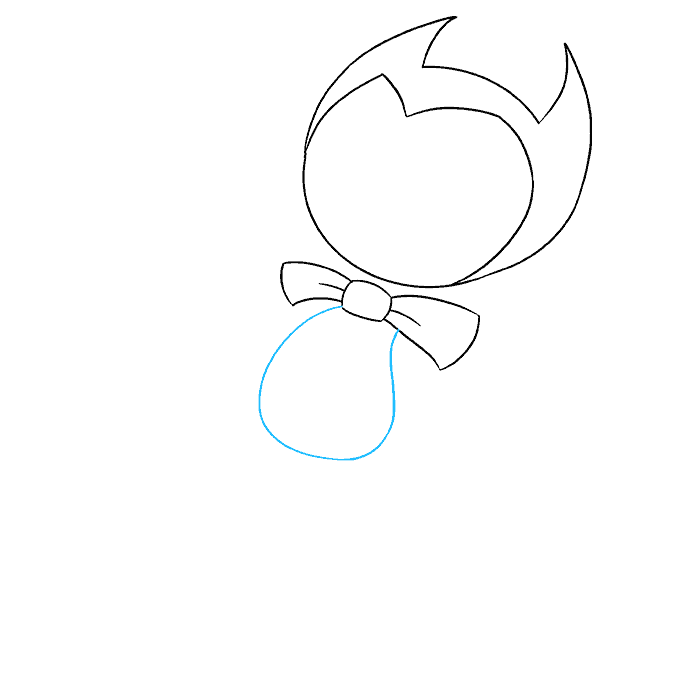 4. Enclose Bendy's torso using a long, curved line that doubles back upon itself. 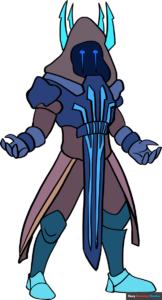 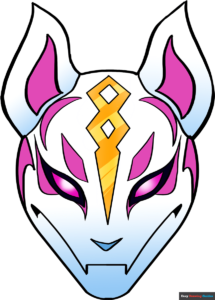 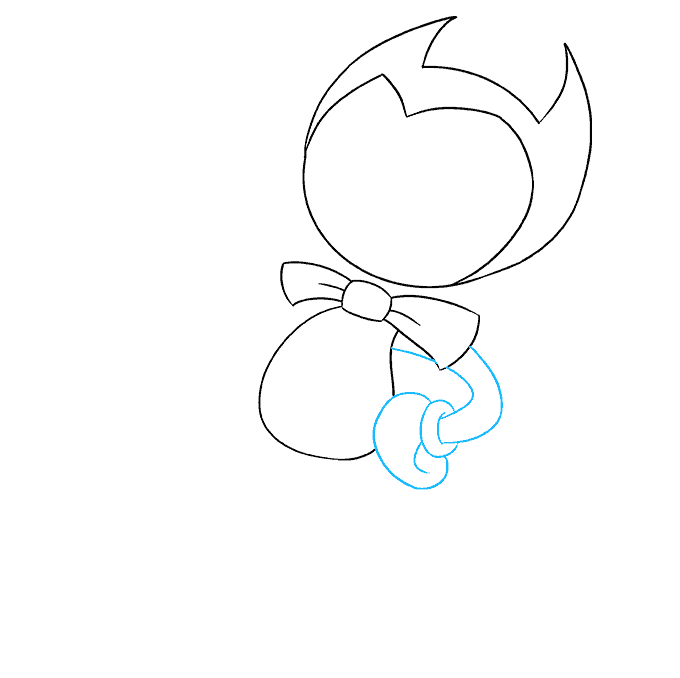 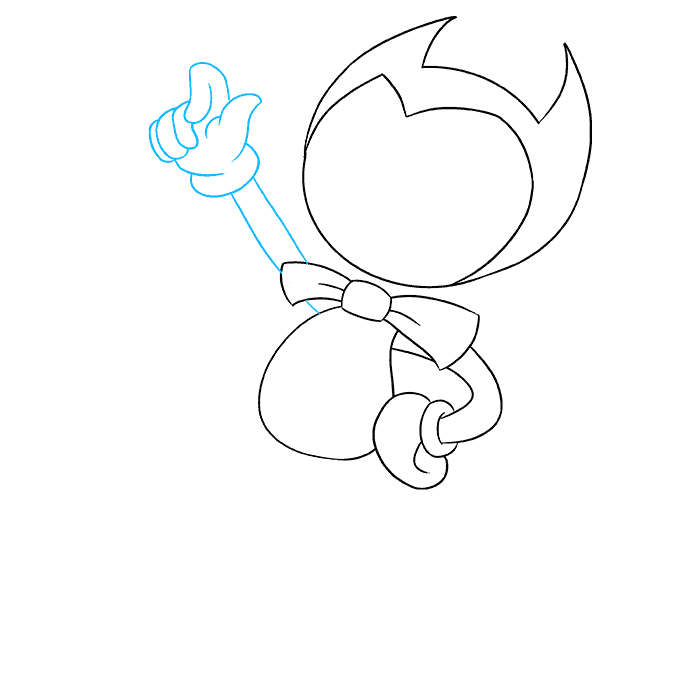 6. Use a pair of straight lines to draw Bendy's remaining arm. Use curved lines to sketch the gloved hand at the end. 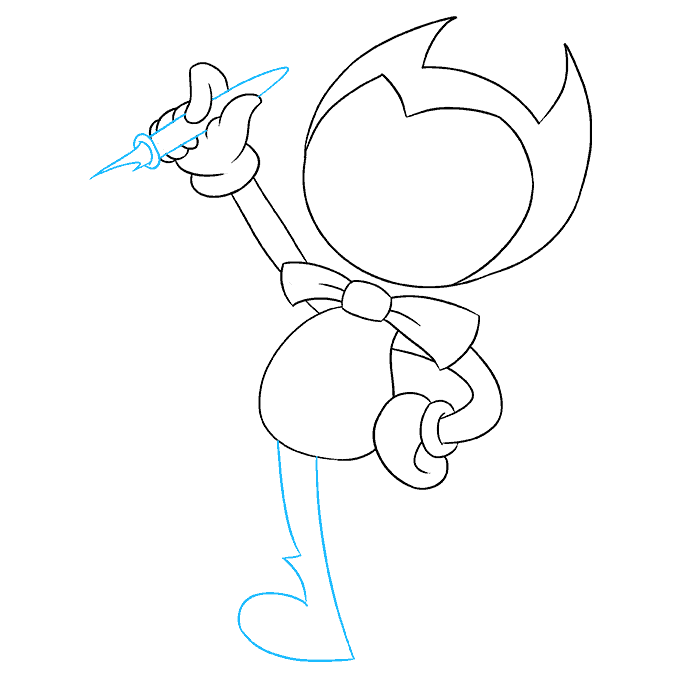 7. Draw a pen in Bendy's hand, erasing as necessary. Use a curved line, doubled back upon itself, to form the body of the pen. Draw an oval at one end, with curved lines meeting in two sharp points emanating from it.

Then, draw Bendy's leg. Use curved lines to sketch the leg and foot, noting the point that indicates the knee. 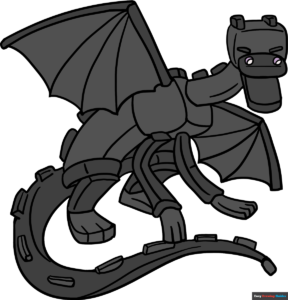 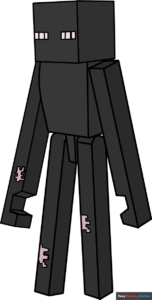 How to Draw Steve from Minecraft 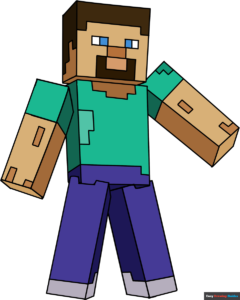 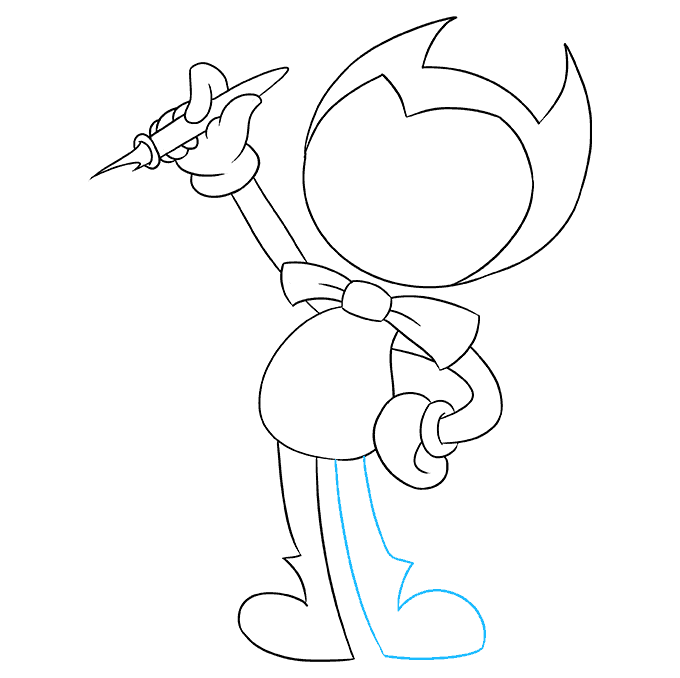 Complete the Outline of Your Bendy Drawing - Step 9 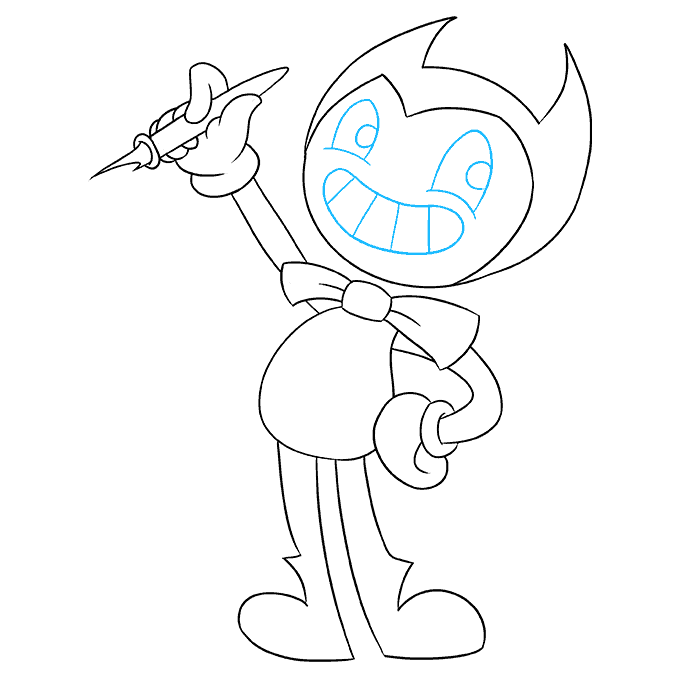 9. Detail Bendy's face. For each eye, begin with an inverted "U" shaped line and a curved line. Then, draw a small circle within it to form the pupil. Draw a bent, elongate oval to form the smiling mouth. Band it with nearly-vertical lines to indicate the teeth.

Color Bendy in shades of black, white, and grey. 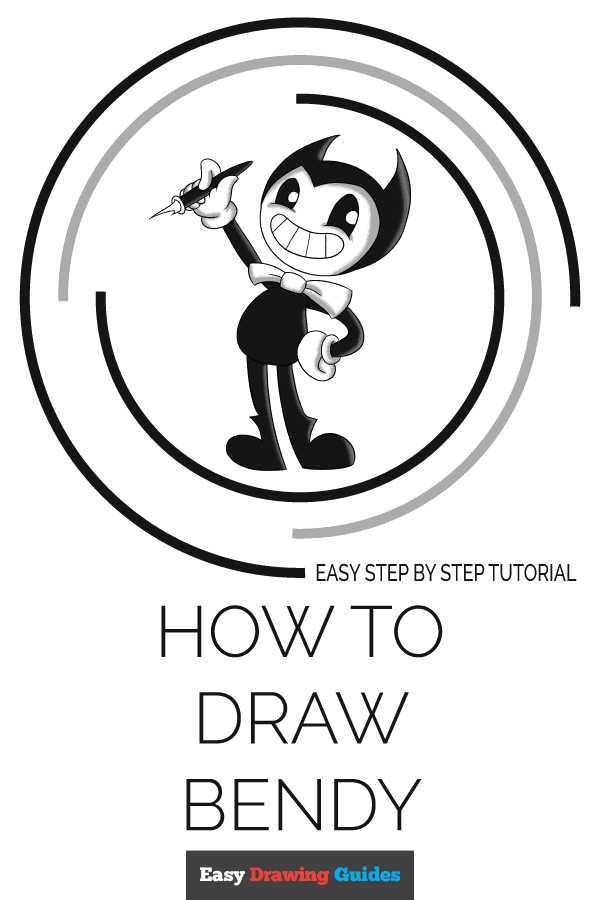 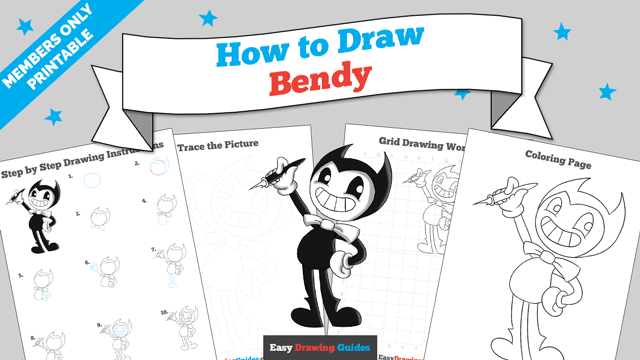