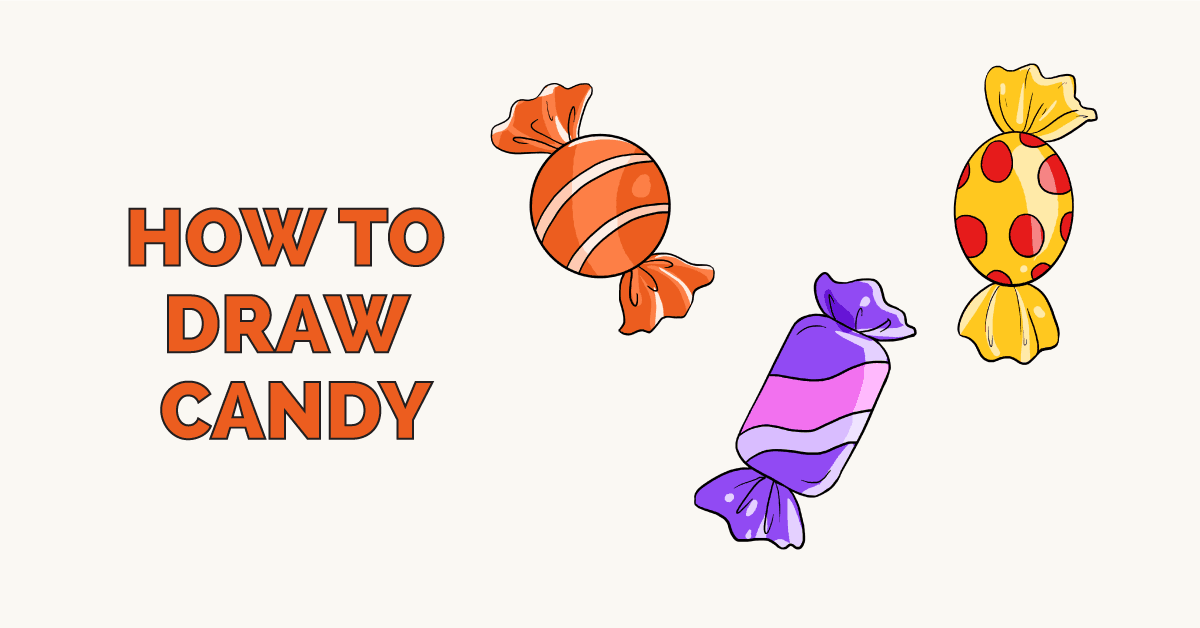 Candy, sometimes called confectionary or confections, can refer to any sweet edible treat. People have been making candies for a long time. Ancient Egyptian hieroglyphics show that candy was being made 3,000 years ago. A candy maker’s kitchen from the Roman era has been excavated at the site of Herculaneum. Other traces of ancient candies can be found around the world.

The earliest candies are thought to have been sweetened with honey and fruits. During the Middle Ages, was cultivated and became sugarcane became available. These ingredients are still used today, as well as corn syrup, molasses, chemical sweeteners, and maple syrup.

In the past, candies were made by hand, often using molds to achieve specific shapes. Some candies, such as specialty chocolates, taffy, and mochi, still require this personal touch.

Candies have long played a role in popular culture, from product placement in movies, to clothing, to children’s toys. For example, the school supplies, clothing, and other artwork of Lisa Frank, popular during the 1990s, often featured brightly colored candies.

Candy is also a part of many modern traditions. For example, candy is shared in abundance at Halloween. Other holidays warrant specific types of candy. Small sugar hearts with sayings printed on them are popular on Valentine’s day.

At Easter, marshmallow Peeps in the shape of chicks are eaten, as well as chocolate rabbits and chocolate eggs filled with sweet cream. During the Day of the Dead, or Dia de los Muertos, painted sugar skulls are given and eaten.

Would you like to draw a handful - or a mouthful - of delicious, brightly colored candies? Now you can, with the help of this simple, step-by-step candy drawing tutorial. All you will need is a pencil, pen, or marker, and a piece of paper. You may also like to color your finished drawing. Is your sweet tooth calling? Let’s get started.

If you liked this tutorial, see also the following drawing guides: Lippy Lips From Shopkins, Fireworks, and Cake.

1. Begin by drawing a circle. This outlines the first candy.

2. Extend curved, diagonal lines outward from each end of the candy. Connect each set of lines using a additional wavy, curved line. These shapes outline the twisted candy wrapper. Extend curved lines, each shaped like the letter “J” from the candy. These lines add texture and depth to the wrapper.

3. Decorate the candy with stripes. Draw sets of narrowly spaced, parallel curved lines across it.

4. Draw a rectangle with rounded corners. This outlines your second candy.

5. Extend sets of diagonal curved lines from the candy as you did with the first. Connect each set of lines using curved, wavy lines. Draw curved and “J” shaped lines extending from the candy to add texture to the wrapper.

6. Decorate the candy with wavy, diagonal lines. Draw a curved line in two opposite corners.

7. Draw an oval to outline the third candy.

8. Extend diagonal sets of curved lines from each end of the candy. Connect each set of lines using a wavy line. Draw curved lines extending from the candy to add depth and texture to the wrapper.

9. Decorate the wrapper with small circles.

Color your candies. Candy wrappers are often brightly colored, so be creative!

Candies make great party foods. Let’s get this party started and draw more fun items such as a cake and fireworks.

The Complete Candy Drawing Tutorial in One Image 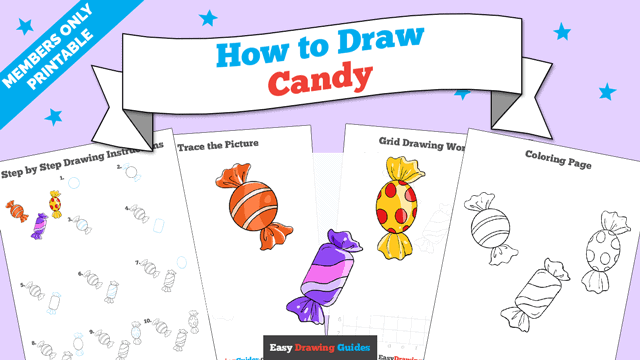