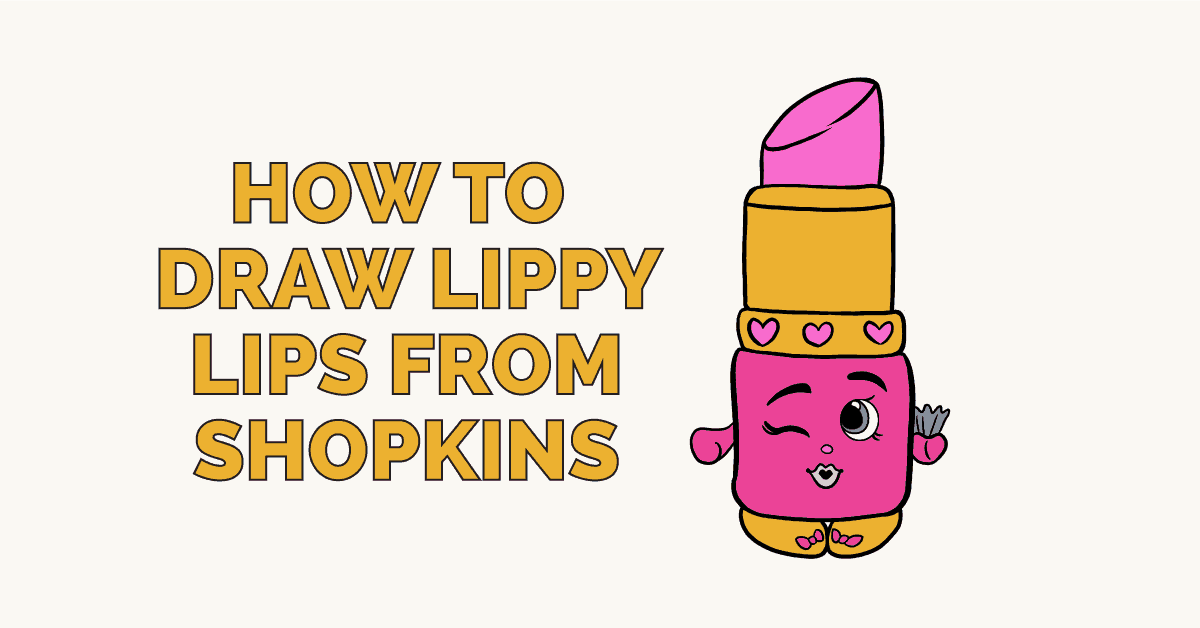 Lippy Lips is one of the Shopkins - cute, plastic collectible characters based on grocery store items. The characters, which include Apple Blossom, Kooky Cookie, Chee Zee, and many more, have the large, watery eyes characteristic of anime and manga style art. The toys were developed by Moose Toys of Melbourne, Australia and have been available since 2014.

Shopkins like Lippy are classed as "common, rare, ultra rare, special edition, limited edition [or] exclusive." Hundreds of different Shopkins are available, and collectors trade for their favorite models based on rarity. Related characters include a line of dolls - also sporting food themed names and attire - that represent countries around the world. The dolls are sized so as to inhabit the same fictional world of Shopville.

In addition to the figurines, images of Shopkins now appear on clothing and accessories, cosmetic items, in games and books, in an animated film and online series, on collectible trading cards, and on school supplies. The company has also produced the Trash Pack and the Grossery Gang, described as "your Shopkins gone rotten." These toys are aimed at boys and, as the name suggests, sport less-than-appetizing features.

Would you like to draw Lippy Lips? This easy, step-by-step drawing guide is here to help. All you will need is a pencil or pen and a piece of paper. You may also wish to use crayons, paints, colored pencils, or markers to shade Lippy like your favorite lipstick!

If you liked this tutorial, see also the following drawing guides: Heart, Super Mario, and Goku.

1. Begin by drawing a curved square with rounded corners. This will form the base of the lipstick tube, which is also Lippy's face.

2. Enclose a curved rectangle with rounded corners on top of the square. This forms another section of the lipstick tube, and the brim of a hat for Lippy.

3. ​​Draw another square with rounded corners on top of the figure.

4. Draw two lines extending upwards from the figure, one line twice as long as the other. Connect the two using a diagonally slanted oval. This forms the lipstick.

6. ​​​Decorate Lippy's lipstick tube. Draw a curved line around the top of the tube, just below the lipstick. In the middle section of the tube, draw three small hearts. Draw a bow on top of each shoe. For each bow, begin with a small circle to form the center knot. Then, enclose a larger, irregular rounded shape on each side.

7. Draw Lippy's arms. Use a curved line that doubles back on itself. Use a short, curved line to indicate the curve of the hand. Lippy is holding something in one hand - perhaps a tissue with which to blot her lipstick. Draw several short, curved lines extending upwards, and connect the top with a wavy line.

9. ​​Use curved lines to outline the lips. Shade a small heart shape in the middle to indicate Lippy's puckering expresion.

10. Color Lippy Lips. What color lipstick is your favorite? Pink, red, or something else?

Want to learn to draw more fun characters? Check out our selection of Cartoons and Comics drawing guides.

The Complete Lippy Lips from Shopkins Drawing Tutorial in One Image

How to draw: Lippy Lips from Shopkins - all drawing steps