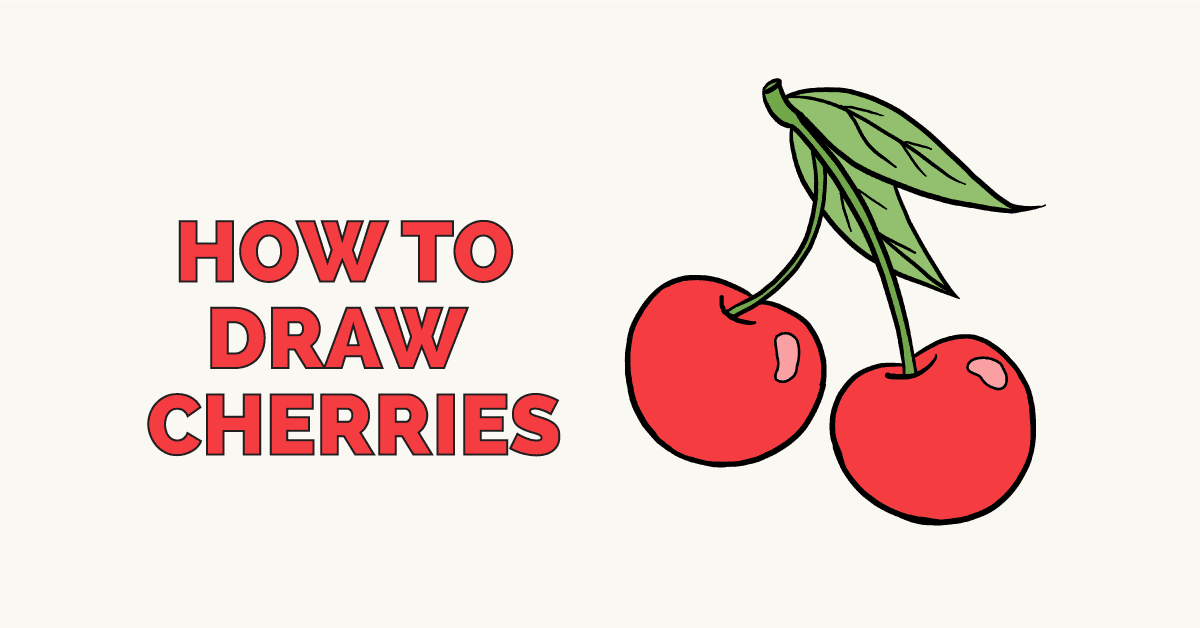 Cherries are familiar fruits. The trees are native to the Northern Hemisphere, including North America, Europe, and Asia. Especially in Asian countries such as Korea and Japan, cherry trees, called sakura, are lauded for their beautiful spring flowers.

People travel long distances to see these trees in bloom during March and April of each year. In Japan, families have picnics or parties called hanami beneath the blooming cherry trees.

The name "cherry" comes from the Latin cerasum, referring to a region in Greece where the tree first seen in Europe.

There are two main types of cherries - sweet and sour. Sweet cherries are often eaten fresh, but the tart sour cherries are sweetened and used in pies, sauces, pastries, and smoothies. Duke cherries are a cross between the sweet and sour varieties. Ornamental cherry trees also exist that produce no edible fruit at all.

The cherry has been eaten since antiquity, and has probably found its way into our artwork for just as long. We see one example in the painting Cherry Time by Salvatore Postiglione. From at least the sixteenth century onward, the cherry was used in art to represent sin. Today, the cherry is often featured in pop art, in jewelry and accessories, and on children's toys and school supplies.

Would you like to draw a bunch of fresh cherries? This simple, step-by-step drawing guide is here to help. All you will need is a pen, pencil, or marker and a sheet of paper. You will also want to shade your finished drawing, so be sure to have crayons, colored pencils, or markers handy.

If you liked this tutorial, see also the following drawing guides: Apple, Pineapple, and Palm Tree.

1. Begin by drawing two narrowly spaced, curved, parallel lines. This will form the stem of a cherry.

2. Draw a second set of curved parallel lines extending from the first. This forms the stem of the second cherry.

3. Draw a wide "U" shaped line at the bottom of each stem, enclosing the stem. This line will also form the depression on the top of the fruit.

4. Use a long, curved line to form the cherry itself. Extend the line from the stem, just above the depression. Enclose a nearly circular shape, connecting the line on the opposite side of the stem.

5. Draw the second cherry. Again, use a long, curved line to enclose a nearly circular shape.

7. Draw a cherry leaf. Use two long, curved lines extending from the top of the stem. Allow the lines to connect at a sharp point.

8. Draw a second leaf, this time passing behind the stem. Again, use two long, curved lines that meet at a sharp point.

9. Detail your cherries. Draw a small irregular shape near the top of each fruit, to indicate shininess. Draw a curved line down the center of each leaf, forming the vein. Draw short curved lines, smaller veins, diverging from the central veins.

10. Color your cherries. Most often, red cherries are seen, but they may also be purple, nearly black, white, pink, or yellow.

Check out our other fruit drawing guides, such as apples, pineapples, and a coconut palm tree.

The Complete Cherries Drawing Tutorial in One Image

How to draw: Cherries - all drawing steps