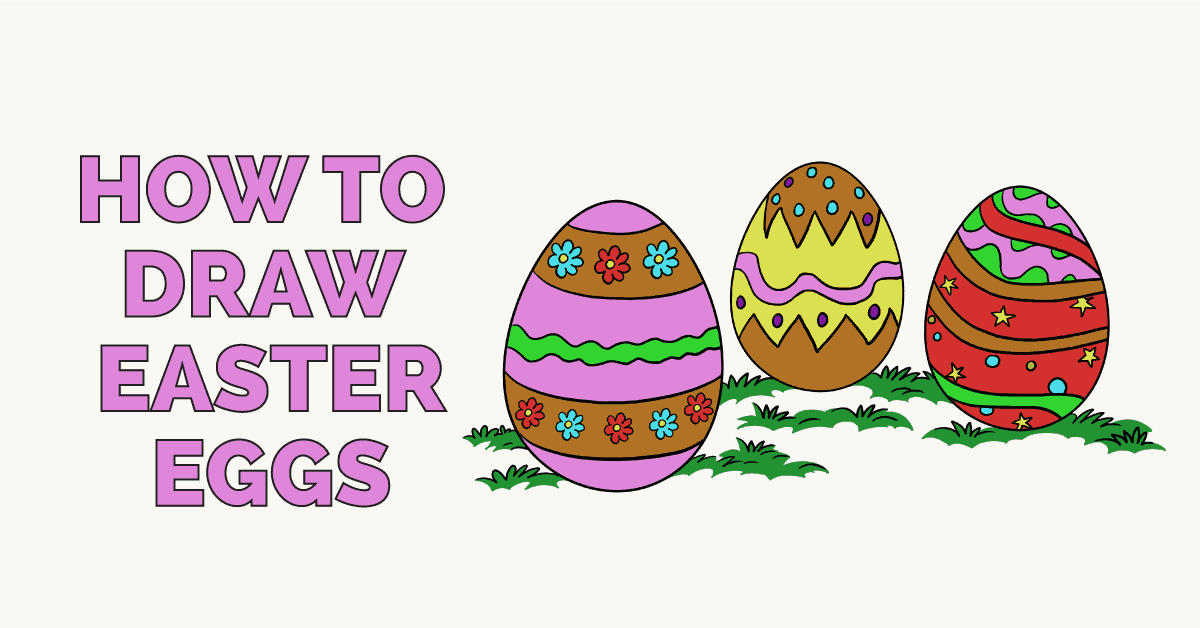 Easter eggs are decorated eggs that are hidden or given as gifts during the Easter season. Today, Easter eggs are typically chocolates wrapped in colorful foil, or plastic eggs that may contain candy, money, or other prizes. Children play a game in which they hunt or search for eggs that have been hidden. These eggs, however, have a very ancient history.

Since time immemorial, humans have decorated eggs as a spring ritual. Eggs were used to symbolize death, rebirth, and fertility, and were often associated with specific gods or goddesses. Some of the oldest decorated eggs were ostrich eggs discovered in Africa. These were thousands of years old. In ancient Egypt, gold or silver statues of ostrich eggs were placed in the tombs of deceased kings.

After the year 100 A.D., numerous rites of worship were adopted by the fledgling Christians. Easter, which was derived from festivals to the Germanic fertility goddess Eostre, was adopted as a celebration of the resurrection of Jesus. The egg decorating custom was also carried over. Eggs were dyed red and were given the symbolism of "the blood of Christ, shed at his crucifixion." The cracking open of the eggs is said to represent Jesus' empty tomb.

In modern times, decorated eggs have at times been used as symbols of social status. One example is that of the Fabergé eggs, which were created for a wealthy family in Russia during the late 1800s and early 1900s. These eggs were given as gifts to family members and to royalty, and often included gold, diamonds, and other jewels.

Did you know? Fairy tales say that the Easter Bunny leaves eggs, but there is actually a type of chicken known as an "Easter Egger." This chicken possess a gene that causes its egg shells to be blue or green, rather than the typical white or brown.

Would you like to draw Easter eggs? This drawing guide can show you how. All you will need is a pen or a pencil and a sheet of paper. Likely, you will also want to use crayons, colored pencils, markers, or paints to shade your finished drawing.

If you liked this tutorial, see also the following drawing guides: Hatchimal, Daisy, and Cross with a Rose.

1. Begin by drawing an oval that is narrow at the top and wider at the bottom. This outlines the first egg.

2. Draw a second egg shape, an oval that is narrow at the top and wider at the bottom.

3. Draw a third oval, wider at the bottom, to form yet another egg.

4. ​​​​​​​​​​​​​Band the first egg with several curved, horizontal lines. Near the center, draw a pair of wavy lines. These lines form different types of stripes.

5. On the second egg, draw a set of parallel curved lines around the middle. Then, on each side of this stripe, draw a zigzag line.

6. Band the third egg with pairs of gently curving lines, some horizontal and some diagonal.

7. Add additional details to the first egg. Within each of the wide stripes, between the lines, draw small flowers. For each flower, draw a circle for the center and use "U" shaped lines for petals. Detail the second egg by spotting portions with small circles.

9. ​​​​​​​​​​​​​Use short, curved lines to draw tufts of grass beneath the eggs. Texture the ground between them with additional grass.

​Will these eggs hatch? If so, what will they be? The choice is yours. Check out our selection of bird drawing guides to add one to your picture.

The Complete Easter Eggs Drawing Tutorial in One Image

How to draw: Easter Eggs - all drawing steps 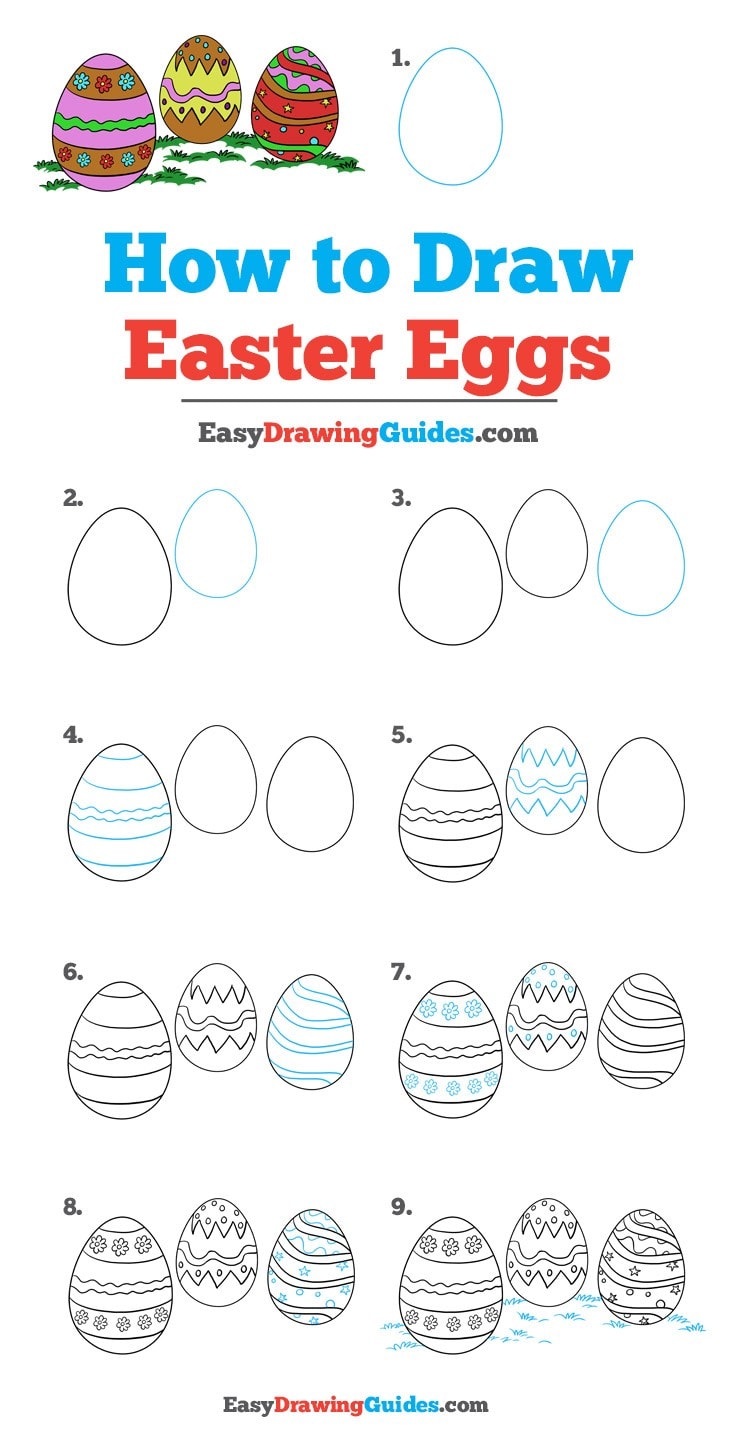