Jessica Rabbit may not be what you'd expect. This cartoon diva is not a rabbit at all. Rather, she is an animated woman, the wife of furry and long-eared comic strip character Roger Rabbit.

Though cast as a femme fatale - a mysterious and seductive woman - Jessica is devoted to Roger. She is willing to do anything to save him - first his career, and later he himself when he is framed for murder.

As a part of popular culture, Jessica Rabbit is a modern rendition of classic pin-up girls and detective movie dames. She is said to have been inspired by real-life actresses like Rita Hayworth and Lauren Bacall. Author Gary K. Wolf claims to have based Jessica on Tinker Bell, Marilyn Monroe, and the cartoon girlfriend of Droopy variously called Red Hot Riding Hood and Miss Vavoom.

She appeared in a number of Roger Rabbit short films and made a cameo appearance in the Disney film Aladdin and the King of Thieves.

Would you like to draw Jessica Rabbit? This easy, step-by-step cartoon character drawing tutorial is here to show you how. All you will need is a pen, pencil, marker, or crayon and a sheet of paper.

If you liked this tutorial, see also the following drawing guides: Pocahontas, Cheerleader, and Princess Zelda.

1. Begin by sketching Jessica's face. Use a backward "S" shaped line to sketch her hair. Use curved lines to form the forehead and chin. Connect them using a small "C" shaped line for the ear.

2. Draw Jessica's arm. Use pairs of curved and straight lines to draw the upper and lower arm, bent at the elbow. Notice how the lines converge near the elbow and wrist. Use a curved line for the palm of the hand, and long, narrow "U" shaped lines for each finger.

3. Beginning above the ear and culminating at the shoulder, use long, curved lines to outline Jessica's flowing hair.

5. Use pairs of curved lines to sketch the upper and lower arm. Connect the lines at the wrist using a short, curved line.

6. Extend a curved line downward from each side of the waist to outline the shape of the dress.

7. Use a pair of curved lines to outline the leg. The lines should meet at a point at the top, indicating a slit in the dress. Enclose the foot by drawing the high-heeled shoe. Draw the shoe using s series of straight and curved lines.

8. Use a long, curved line to enclose the flowing skirt of the dress. Draw curved lines along the front and back of the dress to indicate creases in the material. 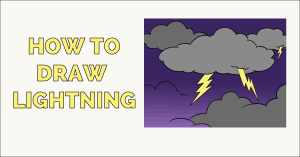 Color Jessica Rabbit. She wears a red dress and purple gloves. She also has red hair.

The Complete Jessica Rabbit Drawing Tutorial in One Image