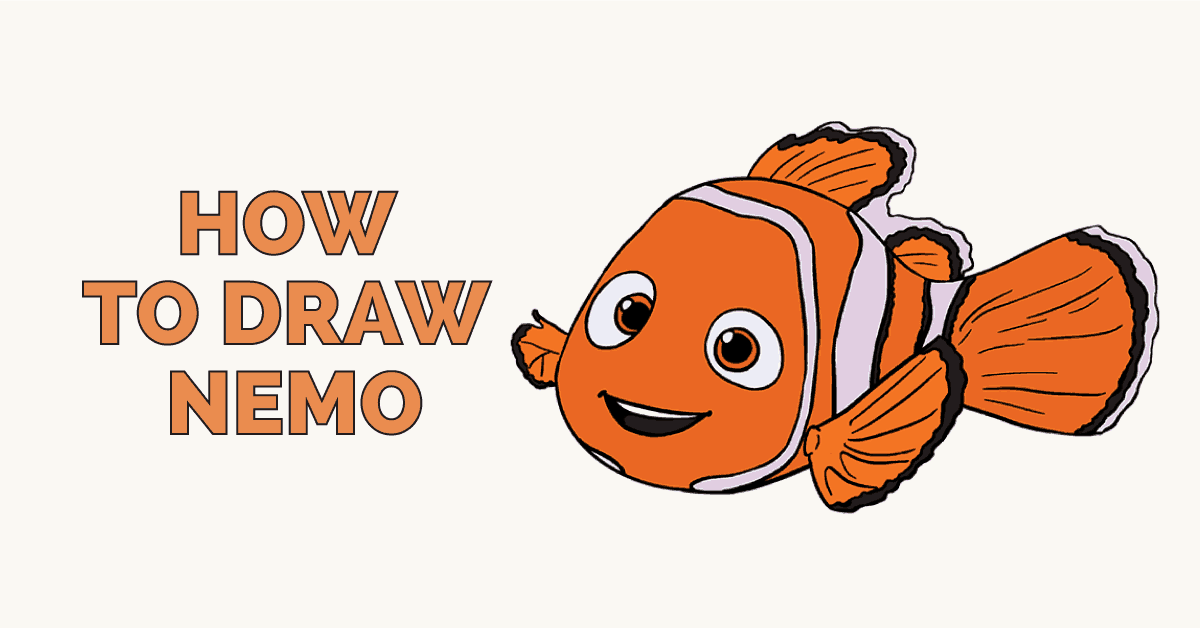 Nemo is the star of Disney and Pixar's animated films, Finding Nemo (2003) and Finding Dory (2016). Nemo is a young clownfish from the tropical coral reefs off the coast of Australia. In the first film, Nemo embarks on the adventure of a lifetime when he is captured by a diver and placed in a fish tank.

Clownfish are unique in that they make their home in a creature called an anemone - a word which young Nemo found particularly difficult to pronounce. Anemones are stationary creatures that attach themselves to the sea floor, capturing fish to eat using their stinging tentacles.

Clownfish enjoy a symbiotic relationship with the anemone. The fish rub against the anemone, covering themselves in a slimy substance that prevents them from being stung. They can then hide in the anemone from larger fish that would like to eat the small clown fish. What do the clownfish do for the anemone? It has been theorized that their presence ventilates the anemone, cleaning it and helping it to breath, or that the clownfish attracts predatory fish for the anemone to stun and eat.

Would you like to be able to draw Nemo? Doing so is easy, with the help of this simple, step-by-step tutorial. All you will need is a pencil and a piece of paper - and perhaps an eraser as well as markers, colored pencils, crayons, or paints. While Nemo is an orange clown fish, this type of fish can come in many colors, including red, yellow, and even purple.

Each step in this drawing guide contains both an illustration and explanatory text. Note that in each step, new lines drawn are highlighted in blue, while lines from previous steps have faded to black. Some steps will require you to erase lines, called guide lines, that were drawn in past steps.

If you liked this tutorial, see also the following drawing guides: Dory, Cartoon Fish, and Dolphin. 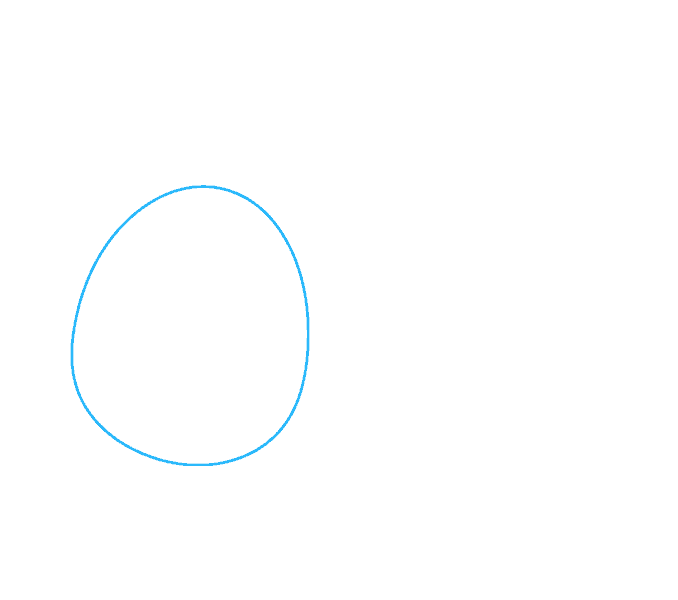 Begin by drawing an egg shape to outline Nemo's head. 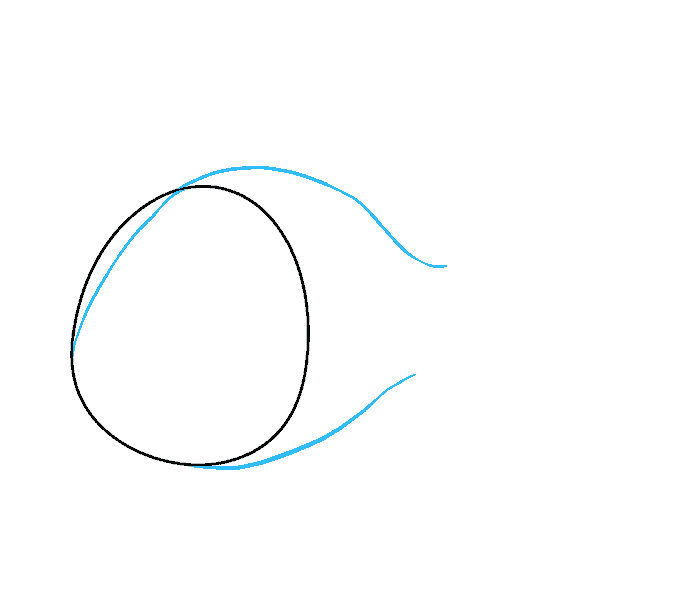 Extend long, curved lines from the shape, outlining the body. 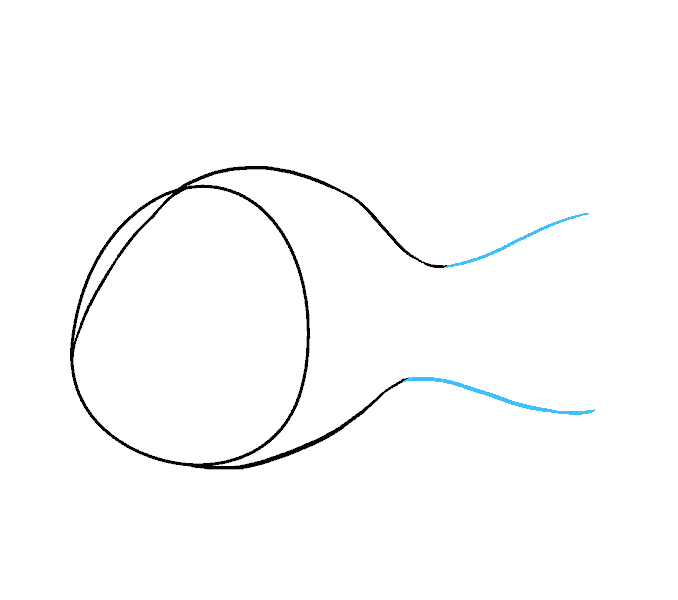 Continue these lines, flaring them outward to form the tail. 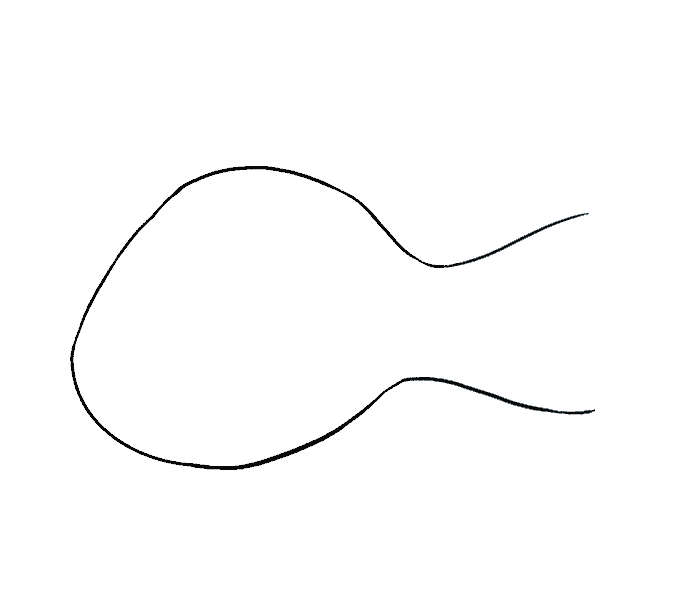 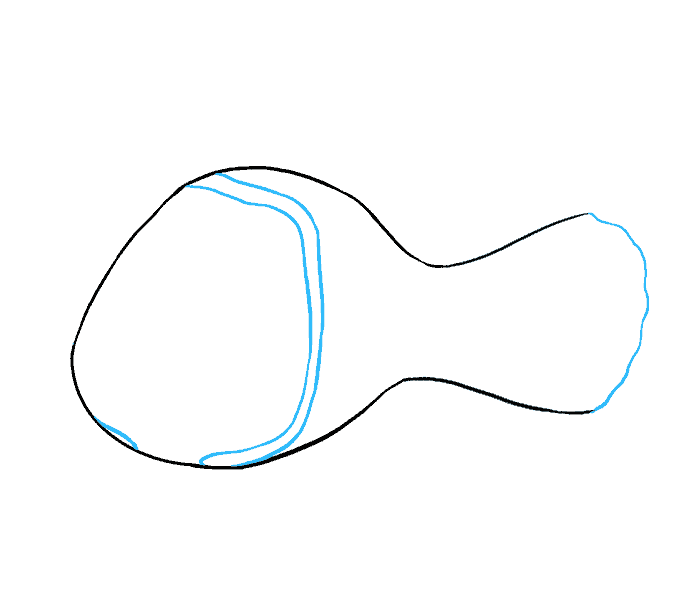 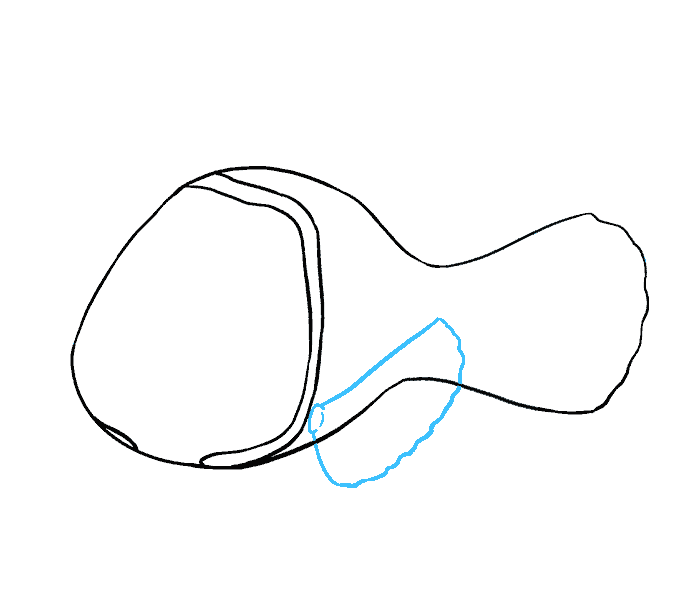 Draw a small oval near the bottom of the head using a dotted line. From the oval, extend two slightly curved lines, one longer than the other. Connect the lines using a scalloped, wavy line to form the pectoral fin. 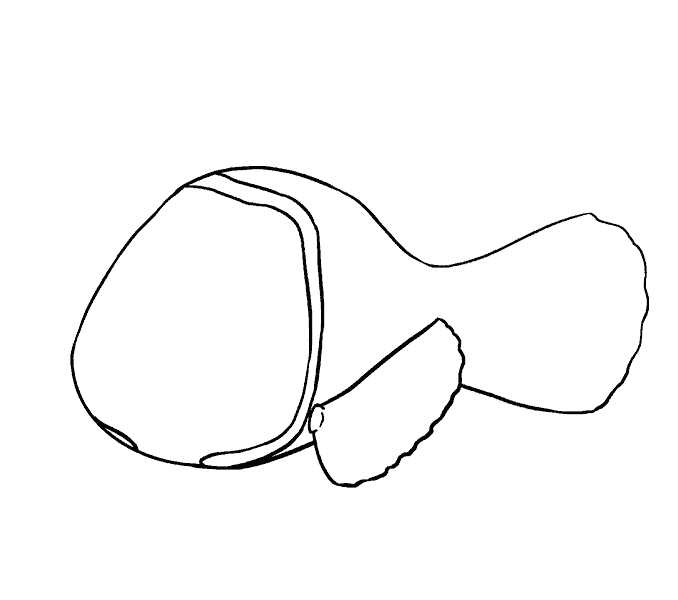 Erase the guide lines from the fin. 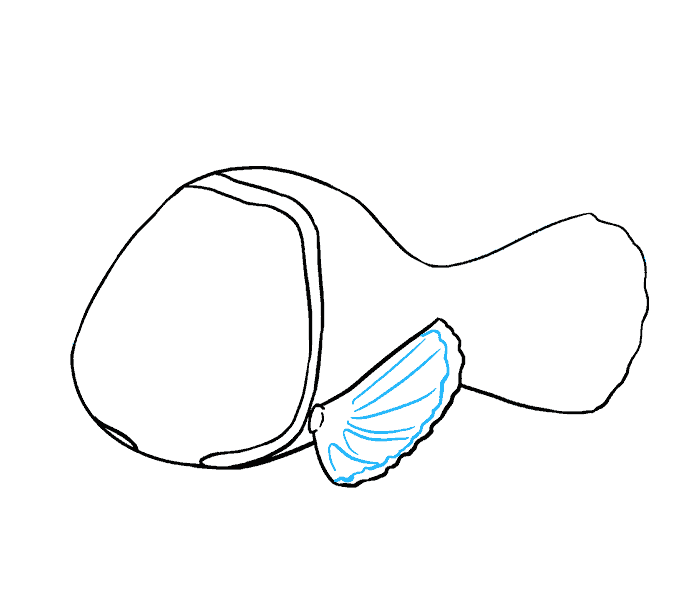 Detail the fin with another scalloped line parallel to the first. Draw several curved and "U" shaped lines within the fin. 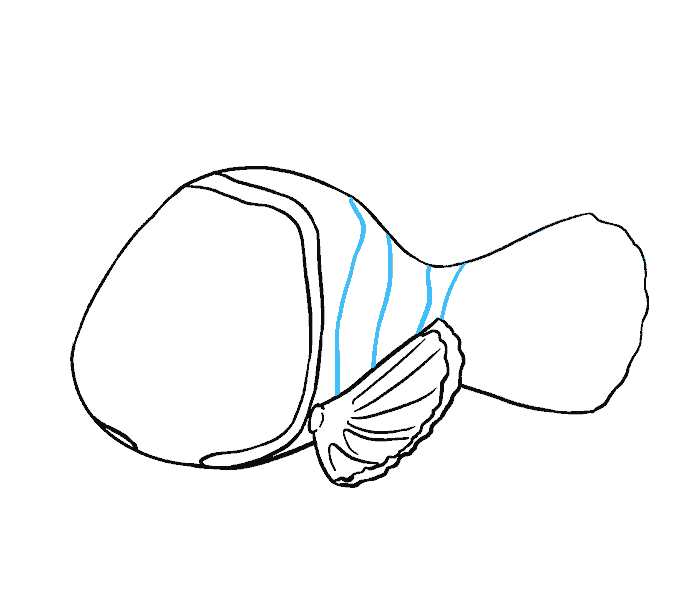 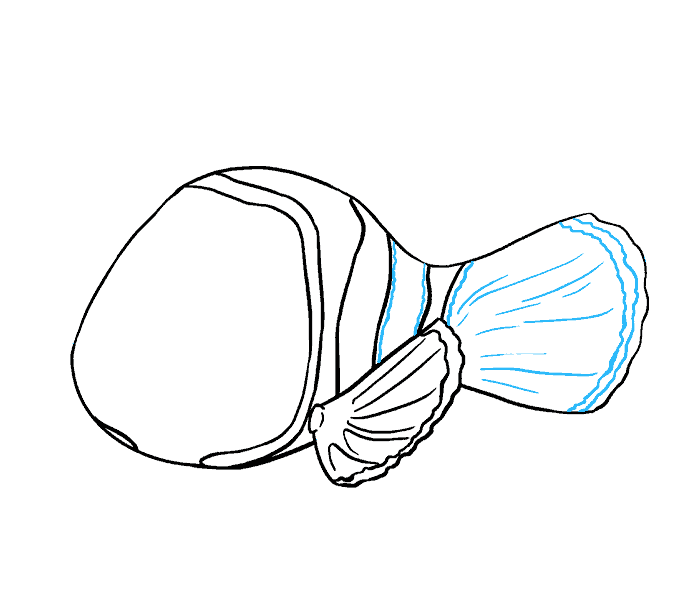 Draw a scalloped line parallel to each of the lines of the last stripe. Draw two scalloped lines along the tip of the tail, and another near the line where the tail meets the body. Draw curved lines of various sizes down the length of the tail to add detail. 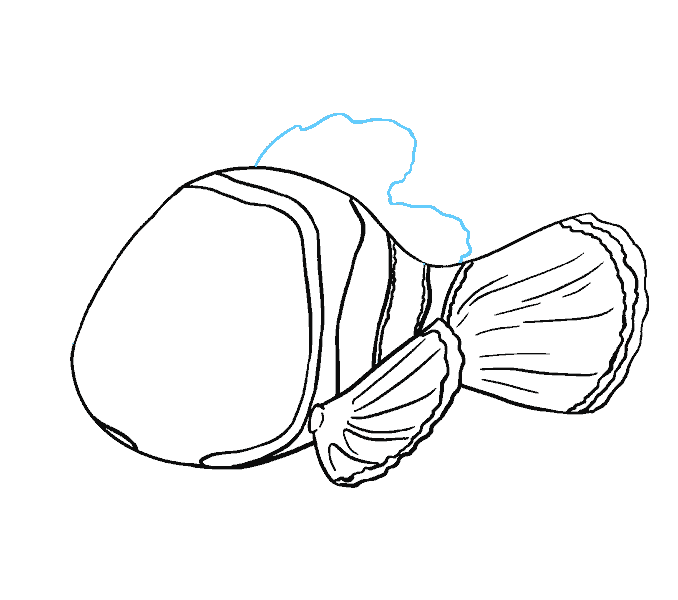 Draw a wavy line from the top of Nemo's head to the base of his tail, forming his dorsal fin. 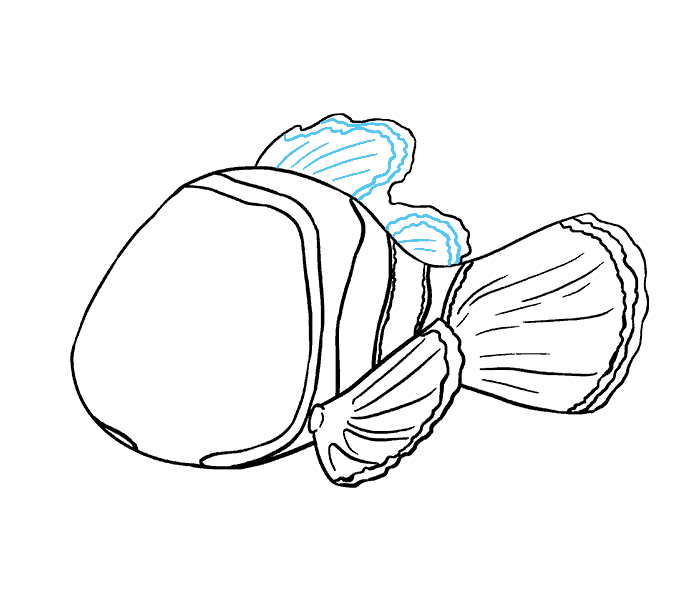 Detail the fin by drawing two sets of scalloped lines within each portion of the dorsal fin. Then, draw curved lines across the fin. 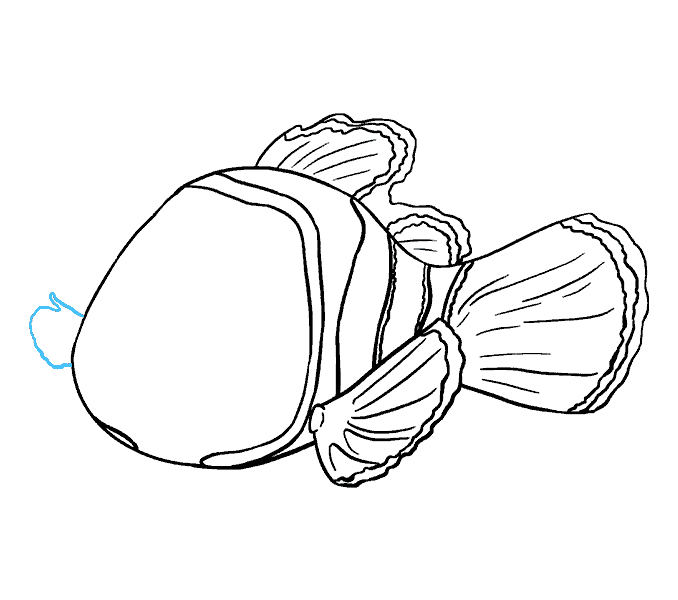 Extend a curved, scalloped line from the side of Nemo's face, forming the other dorsal fin. Since this is Nemo's "lucky fin" - the one that was damaged when he was still in the egg - let the line dip inward to indicate the irregularity of shape. 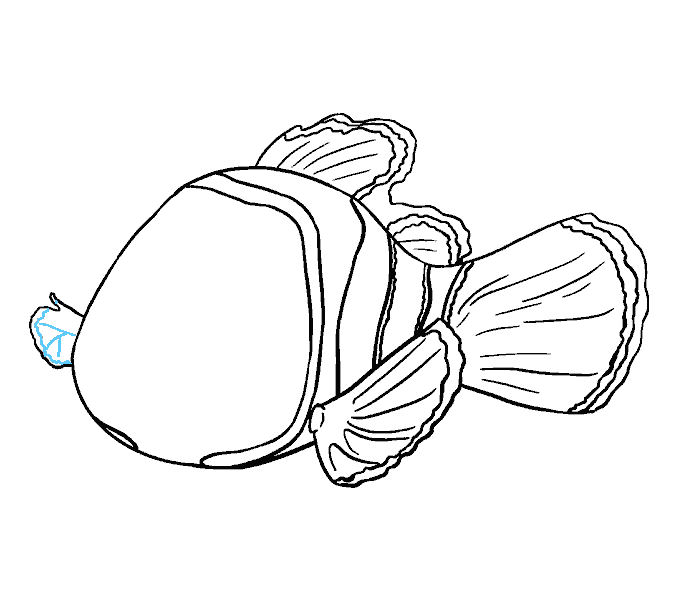 Draw a scalloped line across the lucky fin, and detail it with several slightly curved lines. 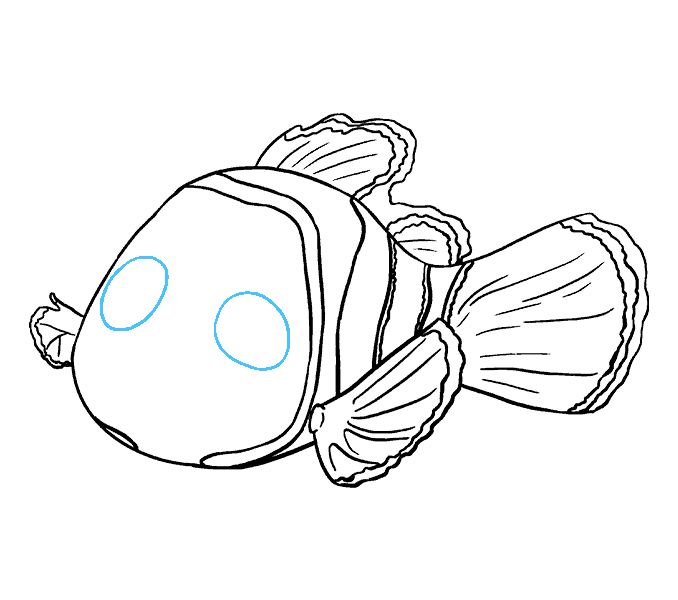 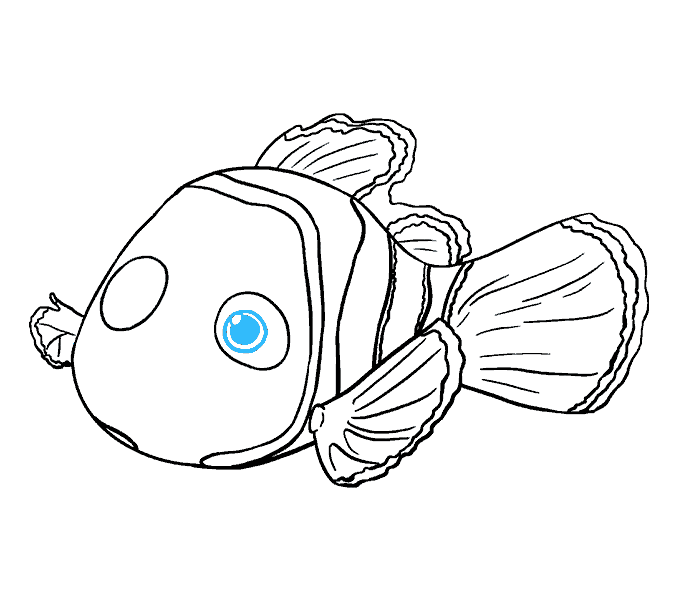 Within the eye, draw a circle within a circle. Draw a tiny circle between the two circles, and shade the innermost circle. 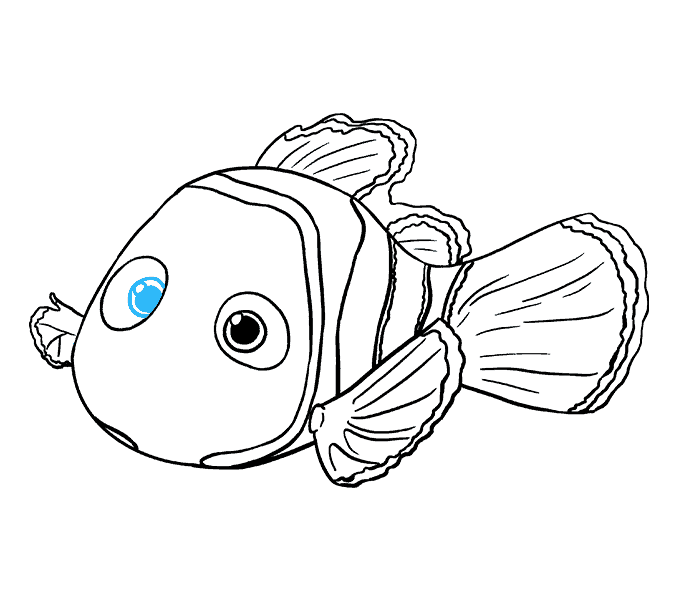 Repeat this process in the other eye. 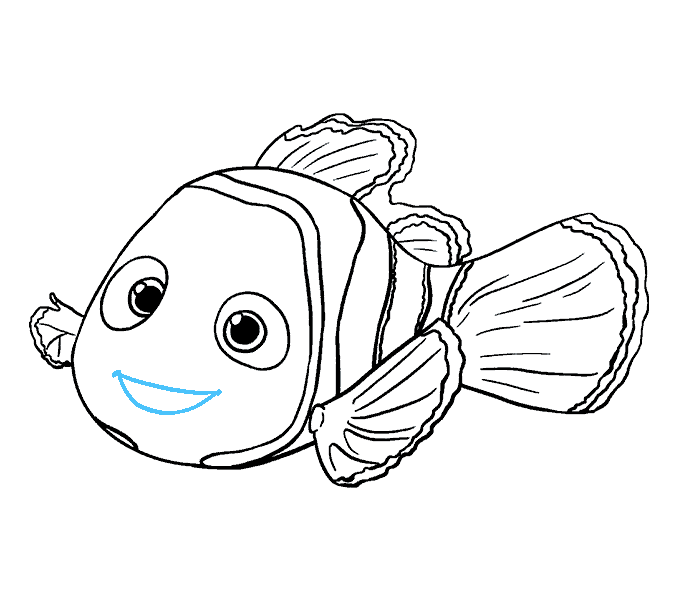 Draw a wide "U" shaped line to form Nemo's smiling mouth. Connect it at the top with a slightly curved line, and adorn each corner with a short, curved line. 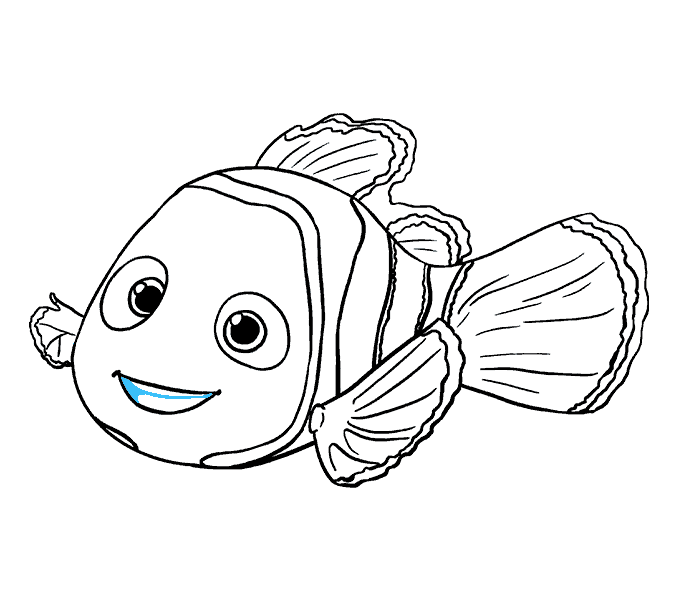 Draw two curved lines within the mouth, outlining the teeth. Shade between the lines. 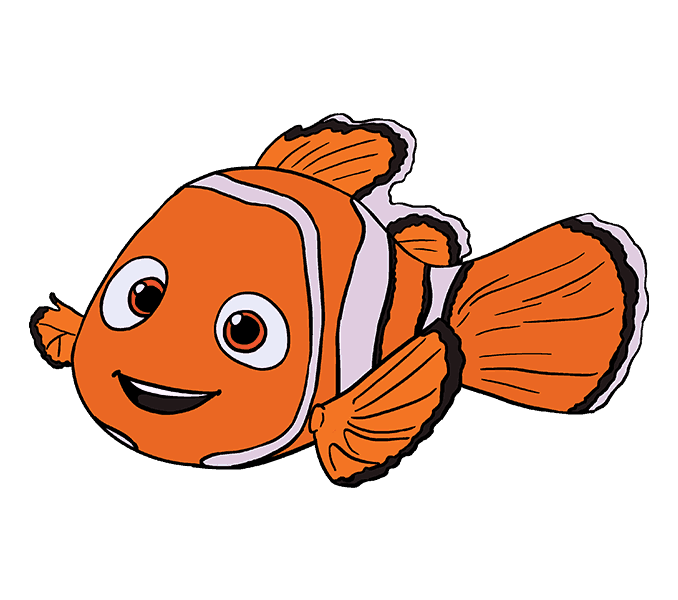 Color Nemo. As a tropical clownfish, he is bright orange in color with white and black stripes.