Peter Griffin is the star of the adult animated sitcom, Family Guy. He has a wife named Lois, a dog named Brian, and three children - Meg, Chris, and Stewie.

Peter is a blue-collar worker in the fictional town of Quahog, Rhode Island. He frequents a local tavern called the Drunken Clam. He has a low I.Q., a short attention span, and is often shown to be naive in nature. He is also impulsive, and his behavior leads to awkward situations.

Did you know? Series creator Seth MacFarlane voices both Peter and his youngest son, Stewie. Peter has made appearances on other shows, including The Simpsons, South Park, American Dad!, and The Cleveland Show.

Would you like to draw Peter Griffin from Family Guy? This easy, step-by-step cartoon character drawing tutorial is here to show you how. All you will need is a sheet of paper and a pencil, pen, marker, or crayon.

1. Begin by drawing a curved line to indicate the back and top of Peter's head, his overhanging hair, and his cheek.

3. Begin to detail the face. Draw two large circles to form the rims of the glasses. Connect them to each other and to the ear using short, straight lines. Shade a small circle within each rim to indicate the pupil of the eye, and draw straight lines across the tops of the rims to form the eyelids. Use a "C" shaped line to form the nose.

4. Use a series of curved lines to sketch the arm. At the elbow, enclose a curved shape to indicate the rolled sleeve. Extend the arm further using curved lines, and enclose the hand using overlapping "U" shaped lines.

7. Continue to detail the face. Use a series of curved lines to outline the open mouth, tongue, lower lip, and chin.

How to Draw Lips 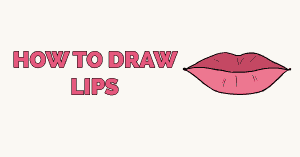 How to Draw a Face 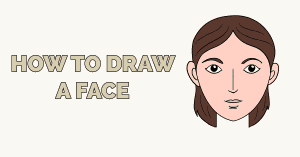 9. Use curved lines to outline the legs and feet. Distinguish the shoes from the pants by drawing a curved line.

Learn to draw your other favorite cartoon characters!

How to draw: Peter Griffin from Family Guy - all drawing steps