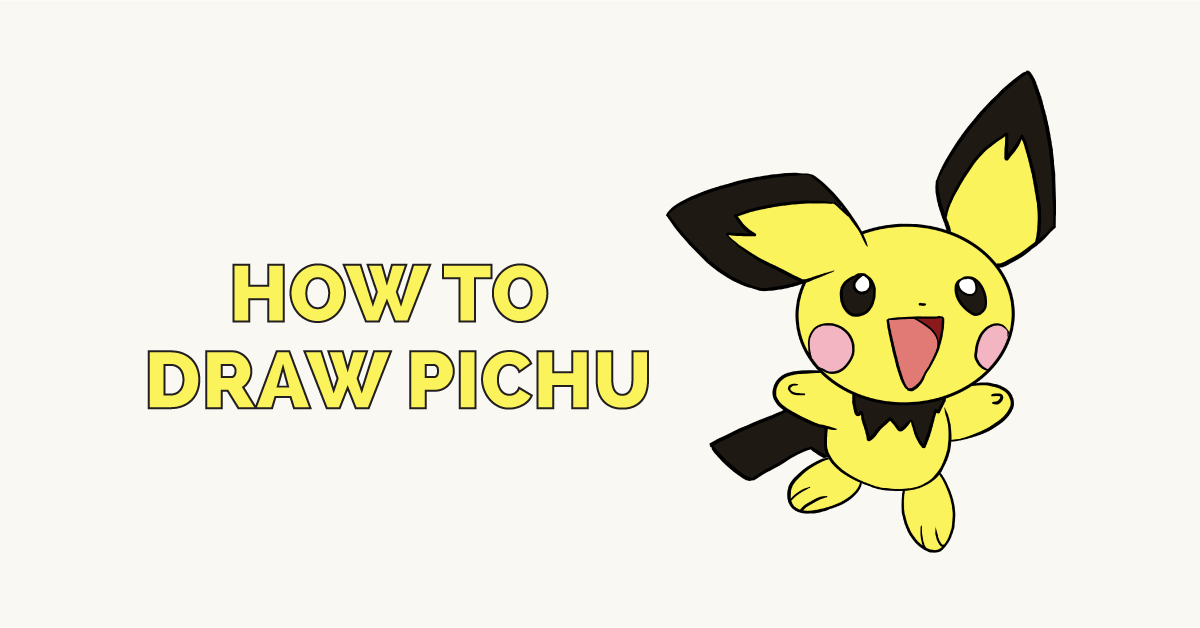 Pichu is a tiny, electric-type baby mouse Pokémon. Pichu was part of Generation II, first introduced in the Gold, Silver, and Crystal Pokémon games of 1999.

Pichu evolves, or grows, into Pikachu, which in turn evolves into Raichu if given a Thunder Stone.

Pichu can use its electricity to shock others, even humans, but it is not skilled at doing so. It may accidentally discharge or even shock itself if it tries to store too much energy, or if it laughs or is frightened.

Well-known Pichu characters include the Pichu Brothers, who appear numerous times in the cartoons. Another is the Spiky-eared Pichu, a female Pichu with three tips on one ear. She has been known to come to the assistance of Pikachu and Ash.

Ben’s Ukulele Pichu carries a ukulele - a musical instrument similar to a guitar - on its back. Did you know? Pichu’s name is derived from Japanese words meaning “sparkly” and “squeak.”

As a Generation II Pokémon, Pichu is absent from the earliest video games, trading cards, and cartoons. The Pokémon franchise began in 1996, with the release of the first video game for the Game Boy system. It didn’t take long for “pokémania” to sweep the globe.

Would you like to draw an adorable little Pichu? As a Pokémon trainer, you can consider this easy, step-by-step drawing tutorial to be part of your training. All you will need is a pencil, an eraser, and a sheet of paper. You may also wish to color your finished drawing.

Pichu, I choose you!

If you liked this tutorial, see also the following drawing guides: Charizard, Eevee, and Pikachu.

1. Begin by drawing a circle. This will form Pichu’s head.

2. Draw a curved line beneath the head. The line should nearly enclose a rounded shape, leaving a gap on one side. This forms Pichu’s body.

4. Enclose the oval shaped foot. Draw short lines at the tip of the foot to indicate the toes.

5. Enclose the remaining oval shaped foot. Draw short lines on the tip to indicate the toes.

6. Use four slightly curved lines to enclose a diamond shape extending from the head, erasing guide lines as necessary. Notice that the shape is not fully enclosed. This forms Pichu’s ear. Then, detail the ear using an “M” shaped pattern.

8. Detail Pichu’s neck. Draw a ruff of jagged points using several lines of different lengths. Then, draw the tail. Use three lines to enclose an open rectangle shape, then use a fourth line to connect it to the body.

9. Detail Pichu’s face. Draw a circle on each cheek. Draw an oval to indicate each eye, with a smaller circle within it. Form the mouth using a “V” shaped line with a rounded point; connect the “V” at the top using a straight line. Draw a curve within the mouth to indicate the tongue, and a short line above it to indicate the nose.

Color you Pichu. He is typically bright yellow in color, with red cheeks and black accents.

Ready for more action? Don’t just catch ‘em all; learn to draw them all! Check out our cartoon characters drawing guides, where you can learn to draw Pikachu, Charizard, and more.

The Complete Pichu Drawing Tutorial in One Image

How to draw: Pichu - all drawing steps