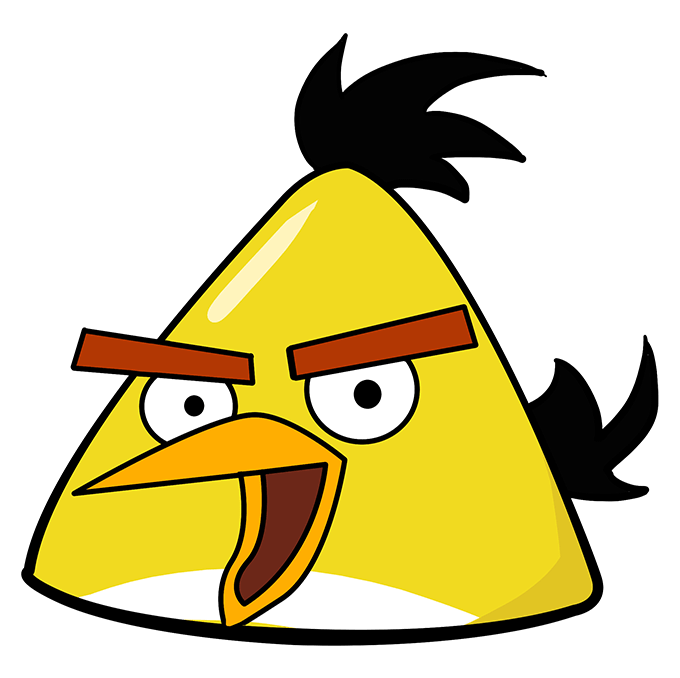 "Step right up, keep your wings, legs, and feet inside the slingshot at all times."
- Chuck, The Angry Birds Movie

Chuck, also known as the Yellow Angry Bird, is a member of the angry flock and best friend of their leader, Red. He first appeared in the original Angry Birds video game in 2009. Since then, he has played a role in countless spin-off games, two feature films, and several animated series.

Chuck's primary skill is his speed. In the game, Chuck's speed increases when the screen in tapped. He is most effective against wooden obstacles. Chuck's personality has been described as eccentric, careless, and arrogant. He loves looking at himself in the mirror. He finds it hard to focus because his thoughts come just as quickly as his reckless speech and actions.

Would you like to draw Chuck from Angry Birds? This easy, step-by-step cartoon drawing tutorial is here to show you how. All you will need is a pencil, an eraser, and a sheet of paper. You'll also want a bright yellow crayon, marker, or colored pencil to shade your finished character. 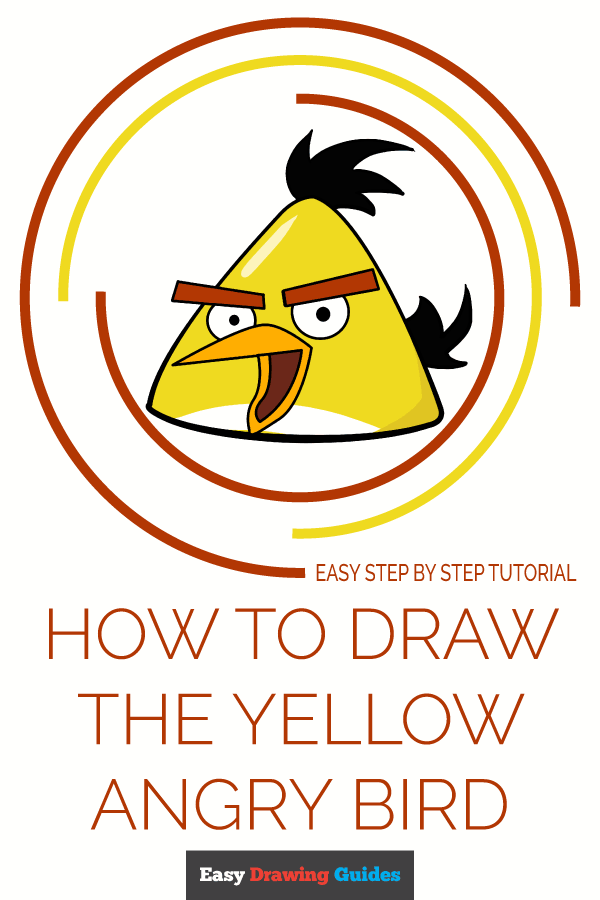 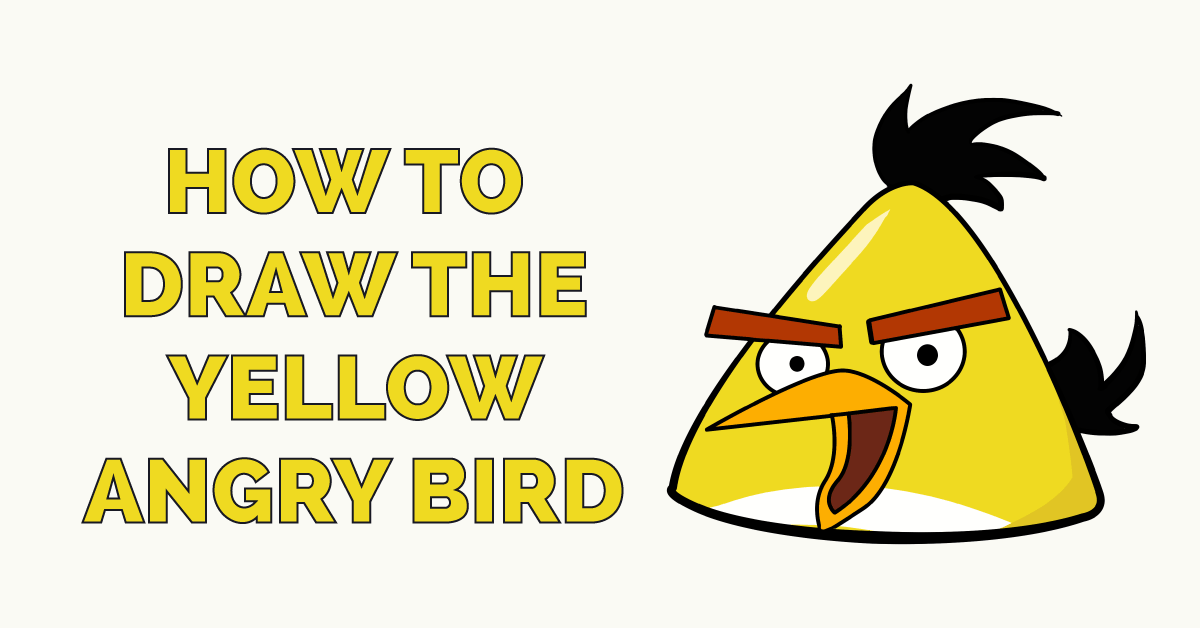 How to Draw a Great Looking Yellow Angry Bird for Kids, Beginners, and Adults - Step 1 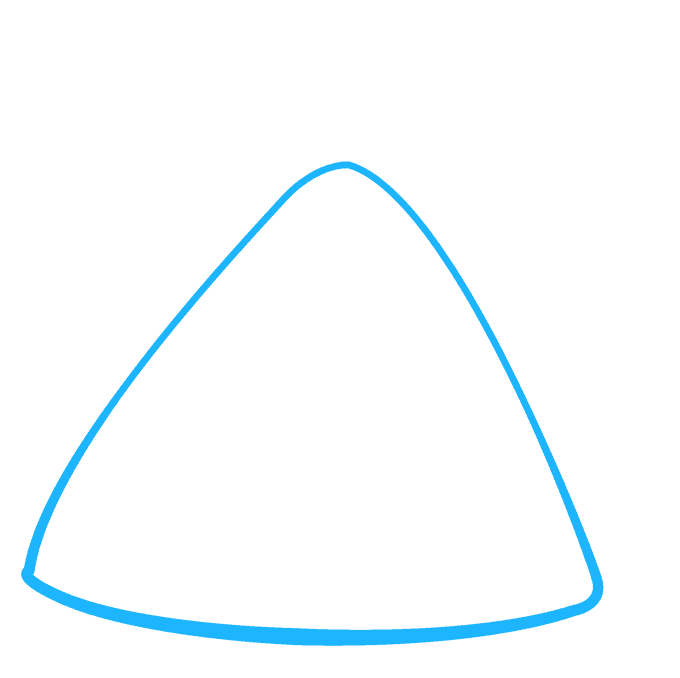 1. Begin by drawing a rounded triangle. Notice that the sides are slightly curved and the corners are gently pointed. This forms both the head and body. 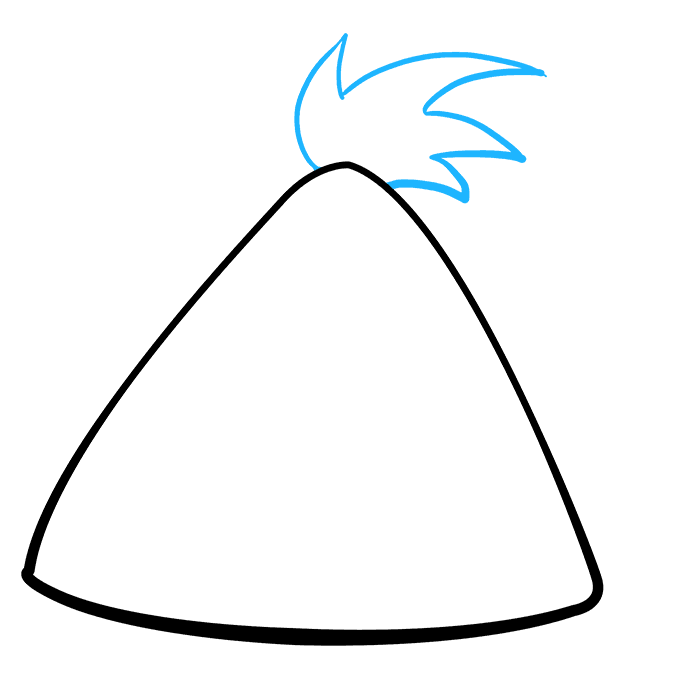 2. Draw the tuft of feathers at the top of Chuck's head. Extend curved lines from the head, then connect them using a series of curved, "V" shaped lines that meet at sharp points. 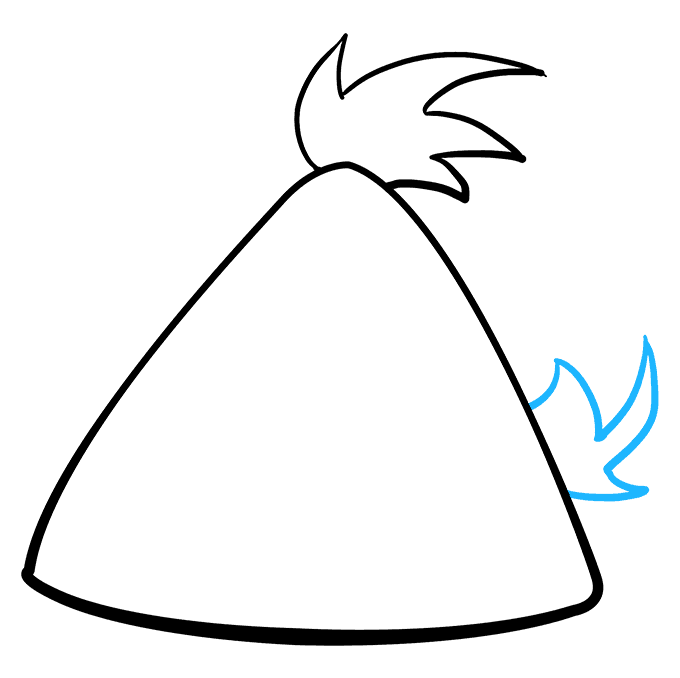 3. Draw Chuck's tail. Extend curved lines from the side of the triangle, then connect them using a series of curved, "V" shaped lines that meet at sharp points. 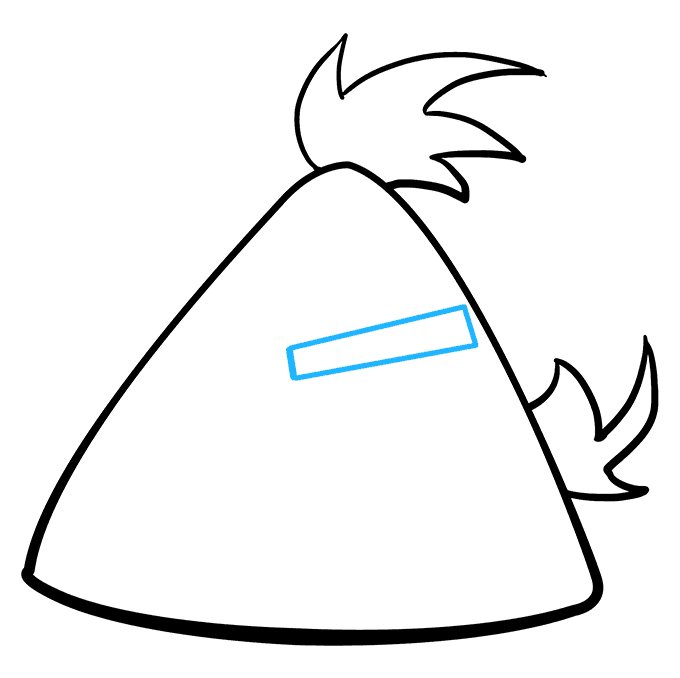 4. Draw Chuck's angry eyebrow. Draw a narrow rectangle positioned at a diagonal slant near the top of the triangle. 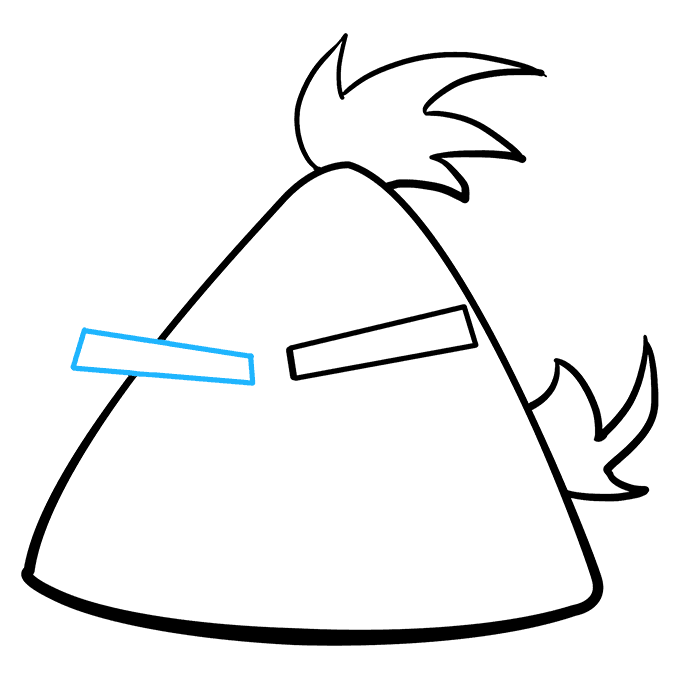 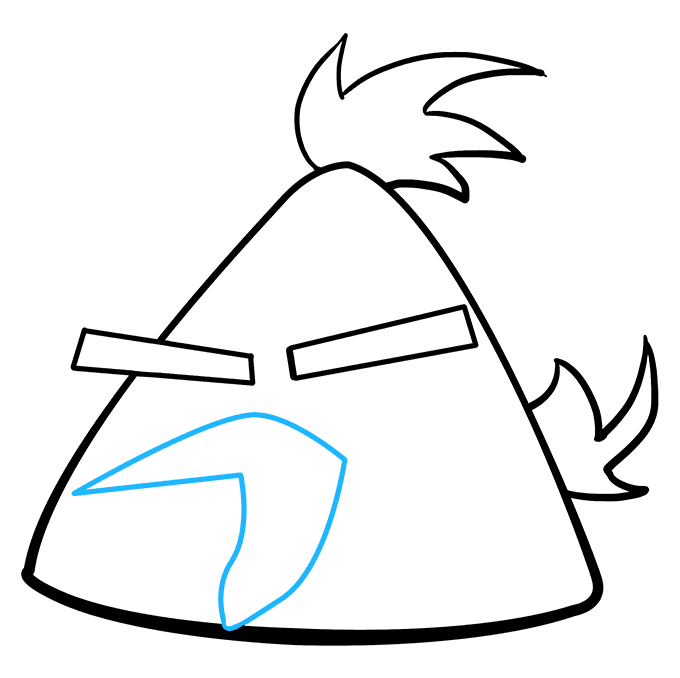 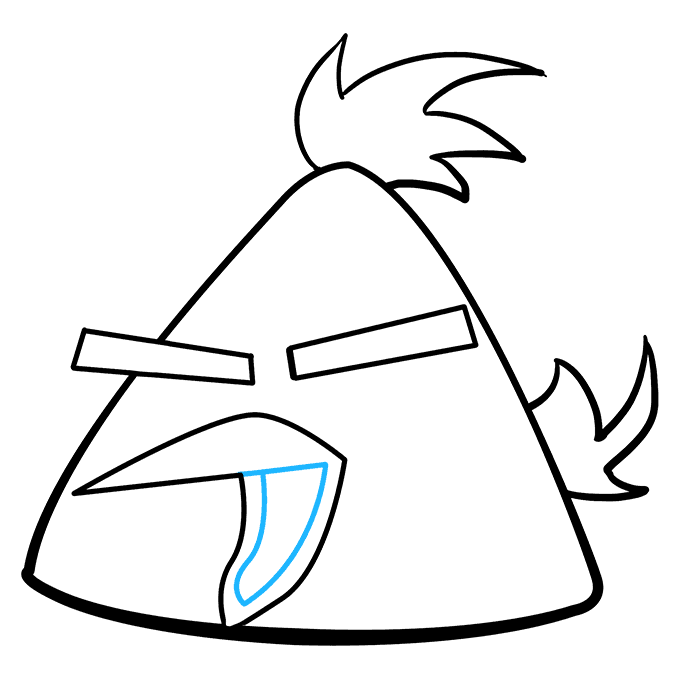 7. Detail the beak. Extend a straight line from the tip of the inner "V," extending the bottom of the top portion of the beak. Then, enclose the open mouth or tongue using a curved, "V" shaped line. 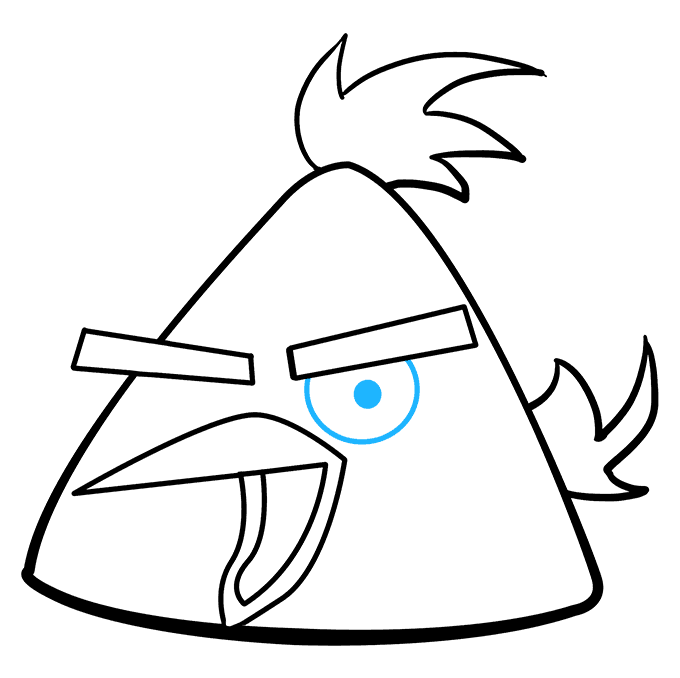 8. Draw Chuck's eye. Enclose a partial circle beneath one eyebrow. Indicate the pupil by shading a small circle in the center of the eye.

Complete the Outline of Your Yellow Angry Bird Drawing - Step 9 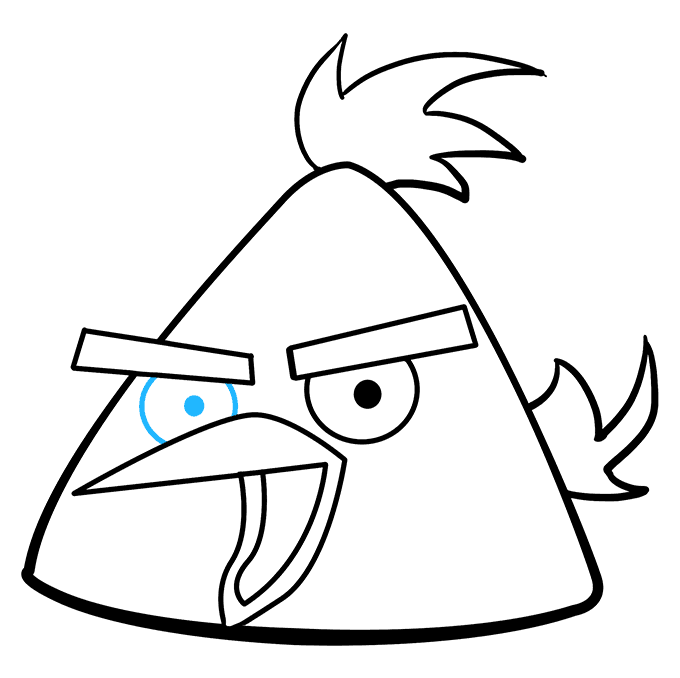 9. Use curved lines to enclose a partial circle between the remaining brow and the beak, forming the eye. Shade a small circle at its center to indicate the pupil.

Color Chuck. He is typically bright yellow in color, with an orange beak, red eyebrows, and black tuft and tail. Then, meet more fine feathered friends when you check out our cartoon bird drawing guides. 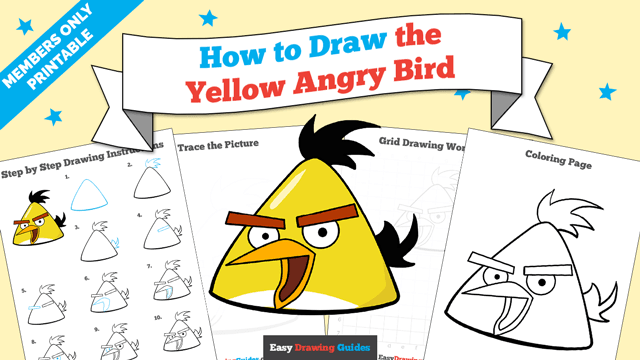