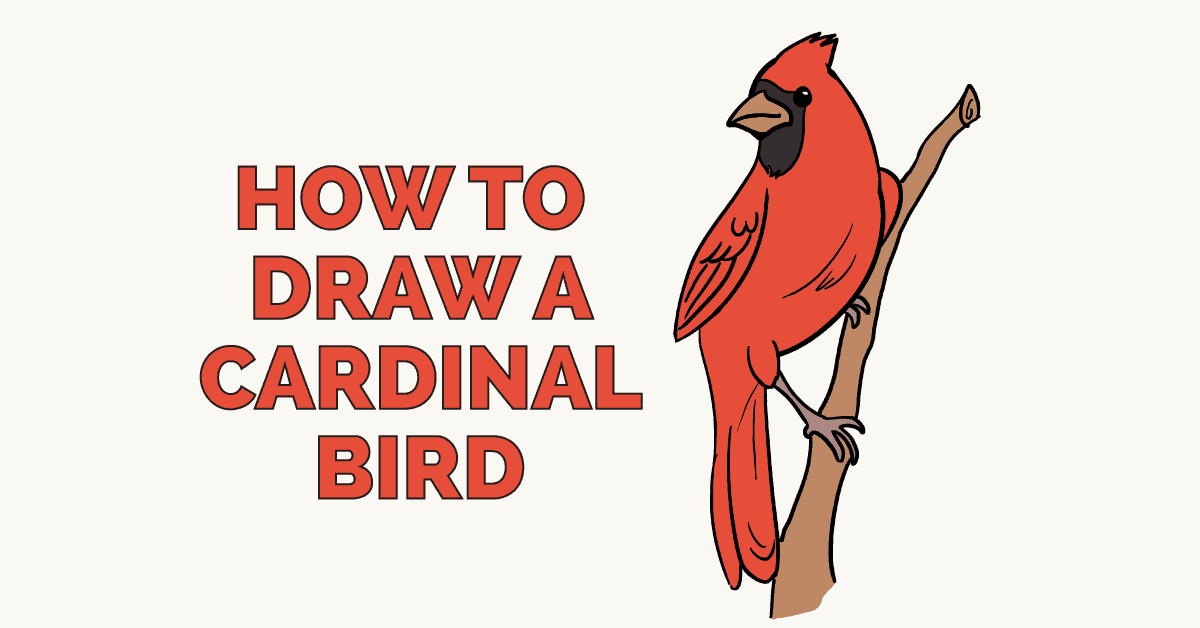 ​​The northern cardinal, also called the redbird, is a common sight at bird feeders across North America. Because of an abundance of sunflower seeds available in backyard feeders, the cardinal has expanded its range in recent years. Setting up a bird feeder is easy and cardinals are beautiful to watch.

​An endearing fact about cardinals is that they mate for life. Pairs generally stay within earshot of one another's calls. Cardinal pairs can raise up to four broods of chicks per year, and they have been known to grieve for a deceased mate.

​​Would you like to draw a cardinal? Doing so is easy with the help of this simple, step-by-step drawing tutorial.

All you will need is a pencil, a sheet of paper, and an eraser. You may also wish to use markers, colored pencils, or crayons to shade your finished drawing.

If you liked this tutorial, see also the following drawing guides: Hummingbird, Bat, and Eagle.

​Step by Step Instructions for Drawing ​a​​ Ca​rdinal Bird

1. ​​​​Begin by drawing a circle. This will outline the bird's head.

3. ​​​​​​Draw a short, curved line to connect the body and head. On the opposite side, draw a long, curved line that almost reaches the bottom of the oval. Forming a point, double the line back to cross over into the oval. This forms the bird's wing.

9. ​​Draw a circle within a circle to form the eye, and shade between the two. Use curved lines to enclose the patch around the beak. Texture the belly and tail with curved lines. Draw a set of curved lines passing behind the bird's feet, giving it a twig on which to perch. Draw a circular shape with a spiral inside it to enclose the end of the stick.

10. ​​​​​​​​​​​​​Color your cardinal. The males of this species have bright red feathers and beaks, with a black patch around the beak. Females are brown with tinges of red. Others, such as the Pyrrhuloxia or desert cardinal, are grey with red features.

​Would you like to draw a flock of fine feathered friends? After all, birds of a feather flock together. Check out our other bird drawing guides, including the hummingbird, owl, eagle, raven, dove, and peacock.

The Complete Cardinal Bird Drawing Tutorial in One Image

How to draw: Cardinal Bird - all drawing steps