Learn how to draw a great looking Vampire with easy, step-by-step drawing instructions, and video tutorial.

By following the simple steps, you too can easily draw a beautiful Vampire. 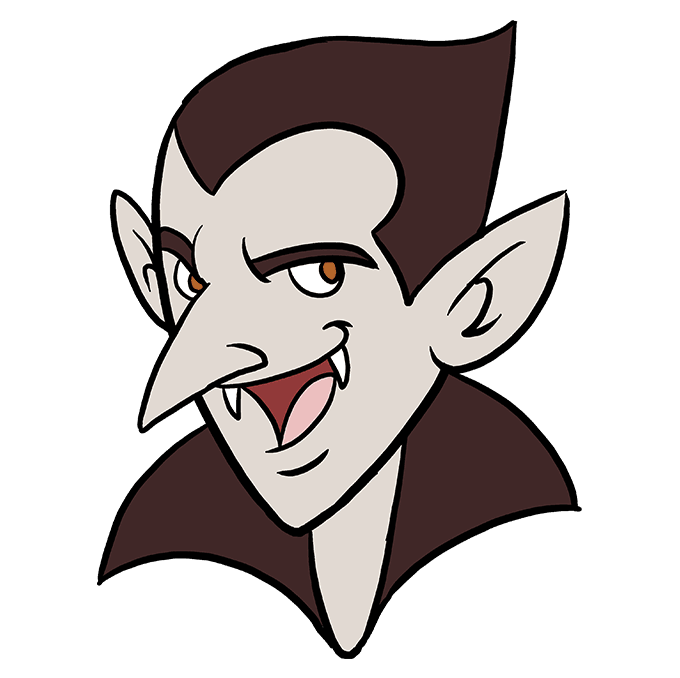 Ancient mythologies contain the predecessors of vampires. In Persia, for example, pottery shards have been unearthed that depict frightening creatures attempting to drink blood from humans.

India, Babylon, Greece, Rome, and other ancient cultures had legends of demons, goddesses, or other beings that roamed the night in search of victims from which to drink.

Vampire legends in the modern sense have been featured in many cultures, especially in Europe, for hundreds of years.

Some historians believe that the legend of Dracula, originating in Transylvania, Romania, has as its base real historical figures - "Dracula’s prototypes were 15th-century Princes Vlad Dracul, or Vlad the Devil, and Vlad Ţepeş, known as Vlad the Impaler because of the way he executed his enemies."

It was not uncommon for superstitious villagers to drive a stake through a corpse to prevent it from coming back to life as a vampire.

In 1897, Irish writer Bram Stoker published the novel Dracula. With the advent of the film and television industries came numerous retellings. Children's television programs, such as Scooby Doo, Eureka's Castle, and Sesame Street adopted vampire characters that were often friendly rather than scary.

The Wall Street Journal once noted that the entertainment media has undergone an interesting shift that it calls the "zombie, werewolf and vampire surge of the past decade." This includes the best-selling series, Twilight.

Would you like to draw a vampire? Doing so is easy with the help of this simple, step-by-step drawing tutorial.

You will need only a pencil and a sheet of paper. You may also wish to use crayons, colored pencils, markers, or paints to shade your finished drawing.

If you liked this tutorial, see also the following drawing guides: Bat, Jack O' Lantern, and Skull and Bones.

Step by Step Instructions for Drawing a Vampire 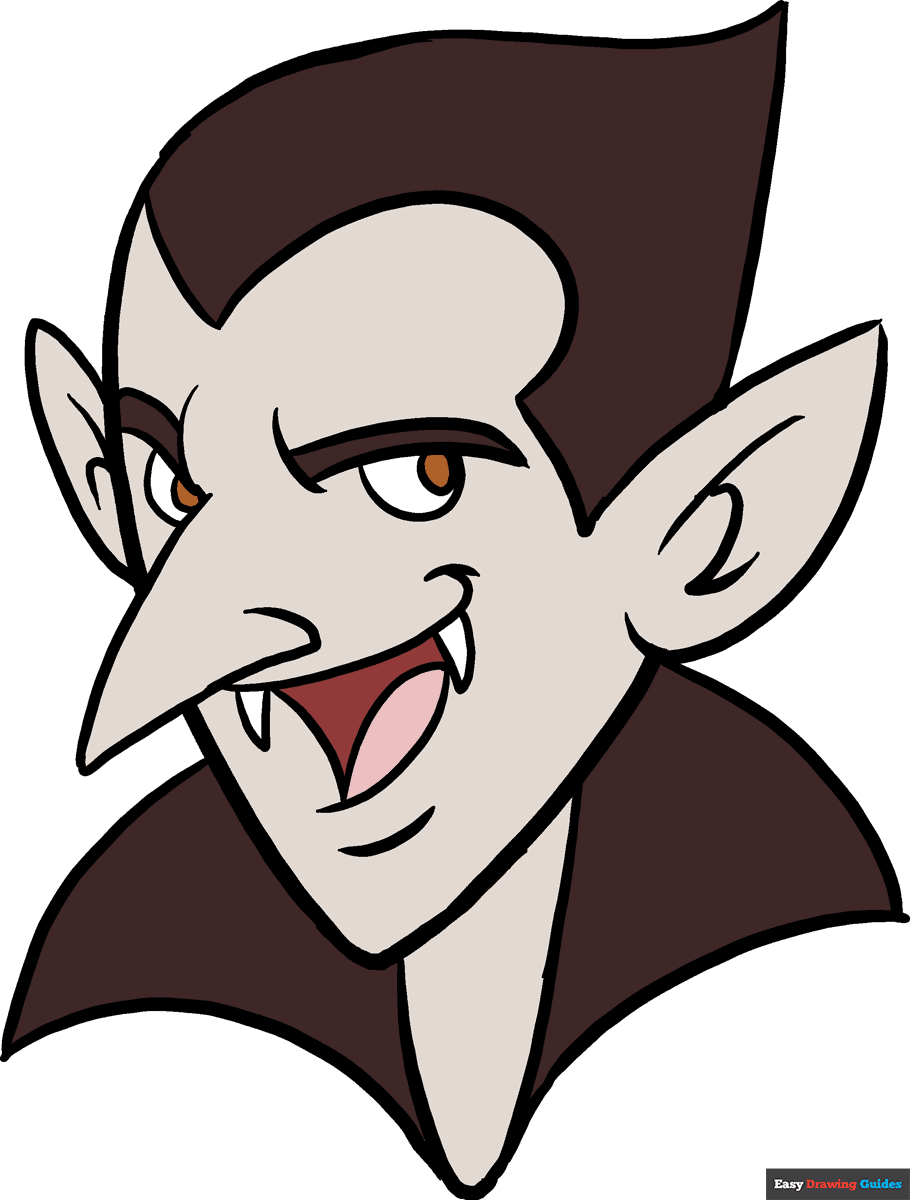 How to Draw a Great Looking Vampire for Kids, Beginners, and Adults - Step 1 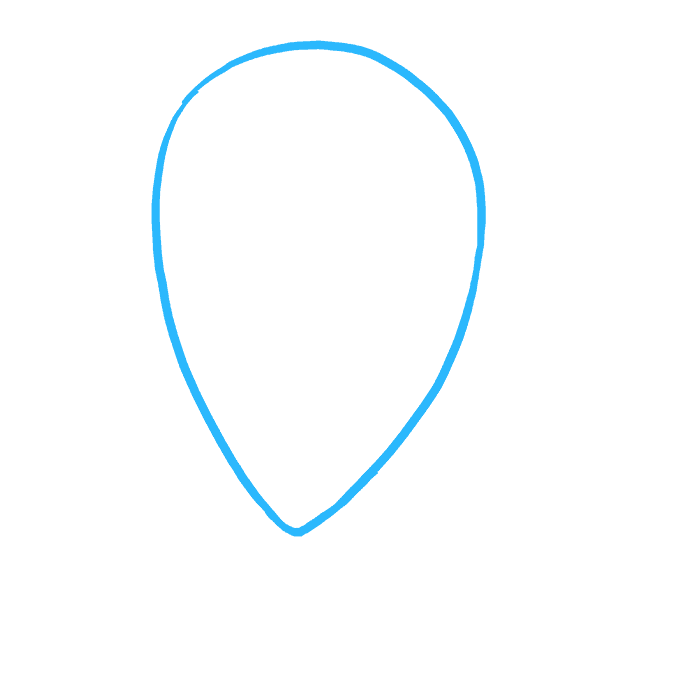 1. Begin by enclosing a shape that is rounded on the top and pointed on the bottom, like an upside down teardrop. This will form the vampire's head and pointed chin. 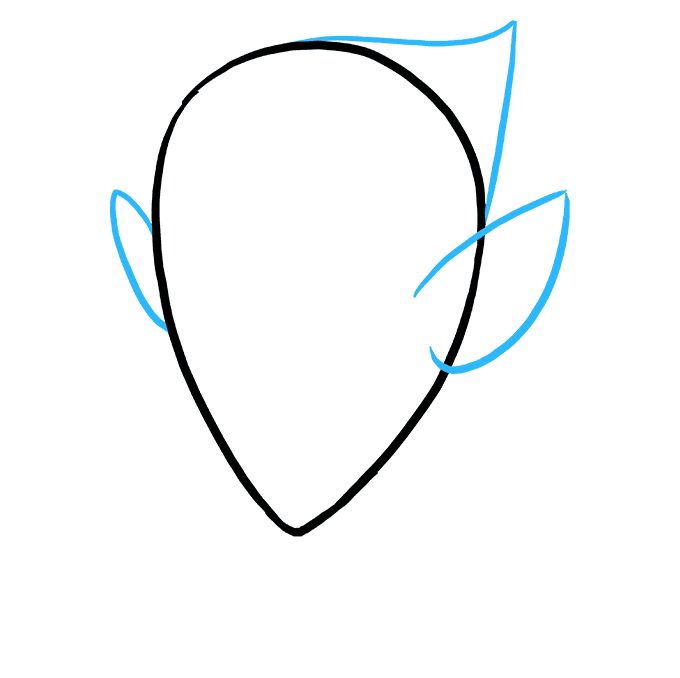 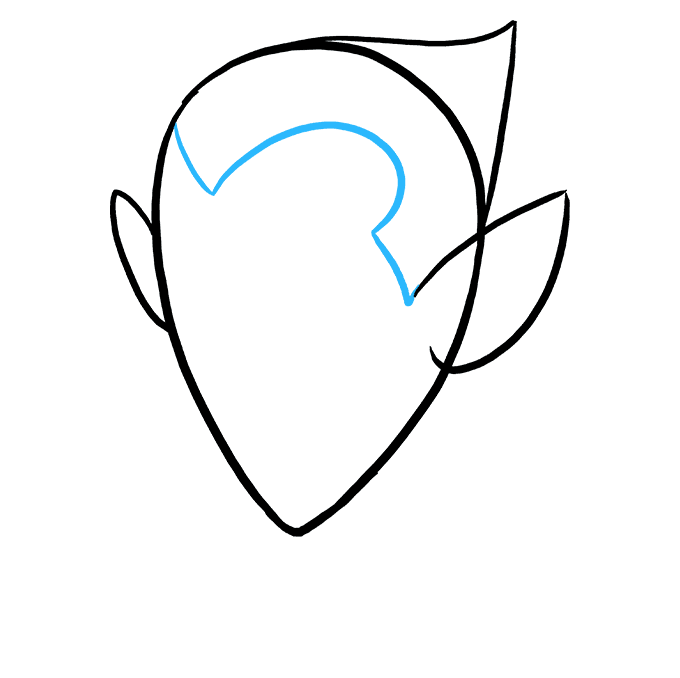 3. Outline the vampire's hairline using a series of curved lines. Notice how the hairline comes to a point at the front, forms a half circle, and then connects to the ear. 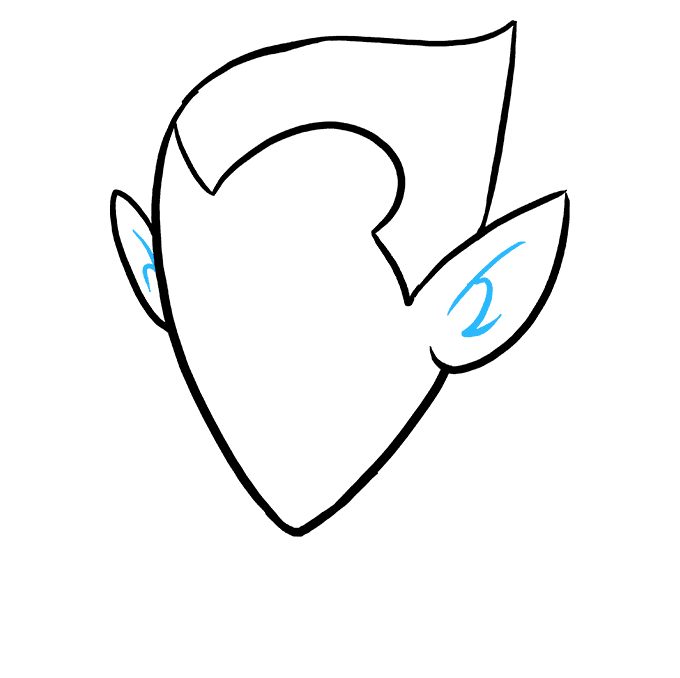 4. Use a series of connected, curved lines to detail the folds of each ear. 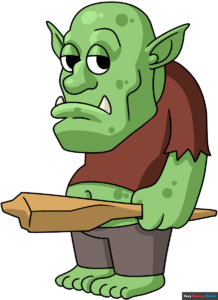 How to Draw a Japanese Dragon 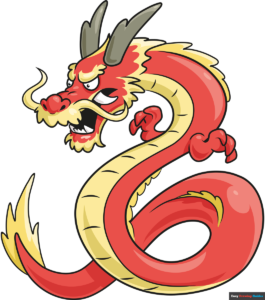 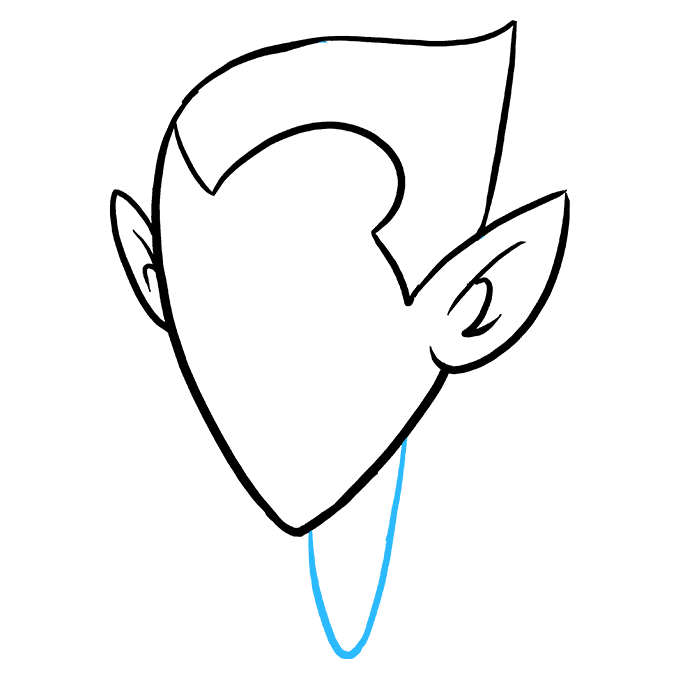 5. Draw the neck by enclosing a rounded shape, using a long, curved line. 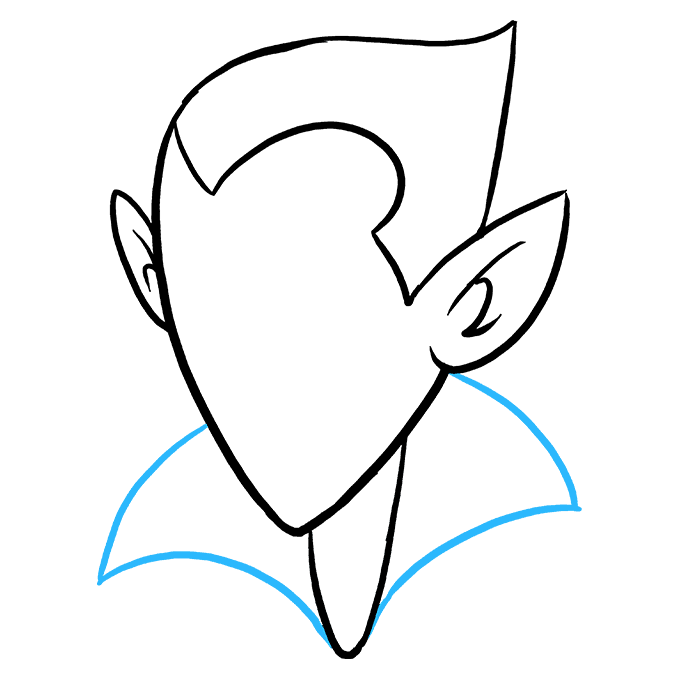 6. Draw the flared collar of the vampire's cloak. For each side of the collar, use two curved lines to enclose a curved triangle shape. 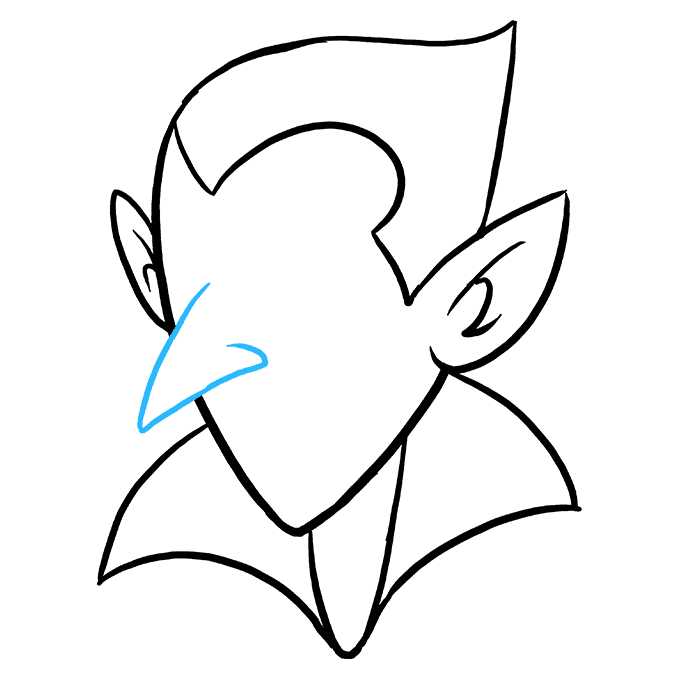 7. Draw the nose using a long, bent line. Notice the rounded points at the tip of the nose and side of the nostril. Erase guide lines as necessary.

How to Draw a Spooky Forest 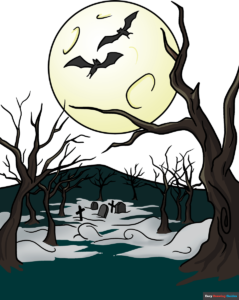 How to Draw the Scream Mask 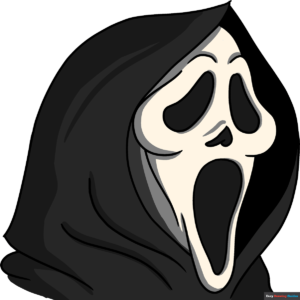 How to Draw a Cartoon Skull 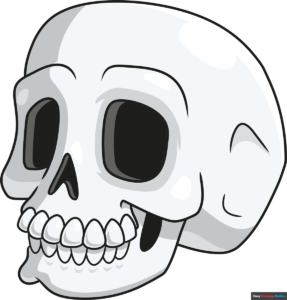 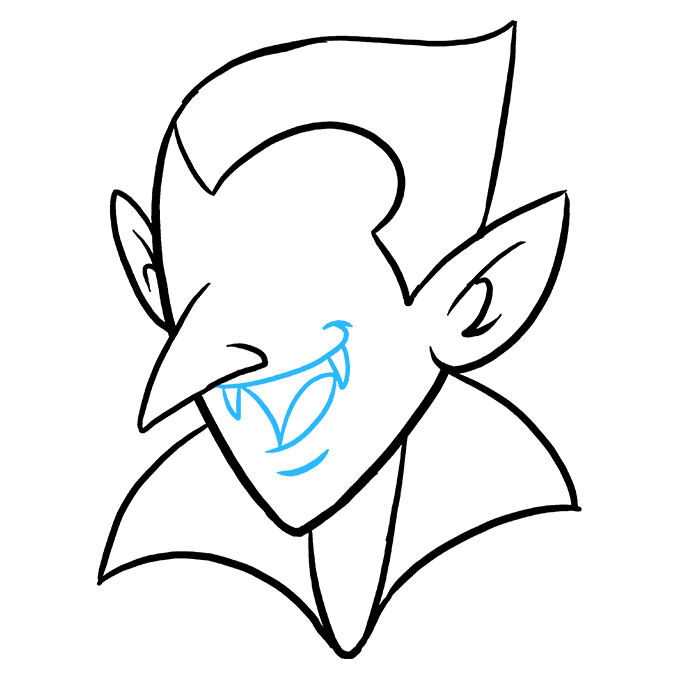 Complete the Outline of Your Vampire Drawing - Step 9 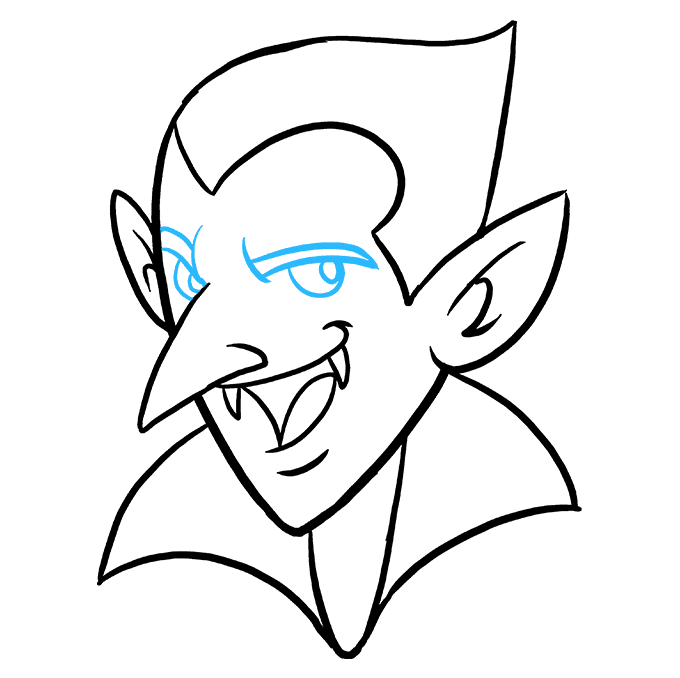 9. Draw the eyes. For each eye, begin by enclosing an eyebrow, using three curved lines. Beneath the brow, enclose a circular shape. Draw a smaller circle within.

10. Color your vampire. Vampires are often said to live among bats, so don't forget to check out our bat drawing tutorial. 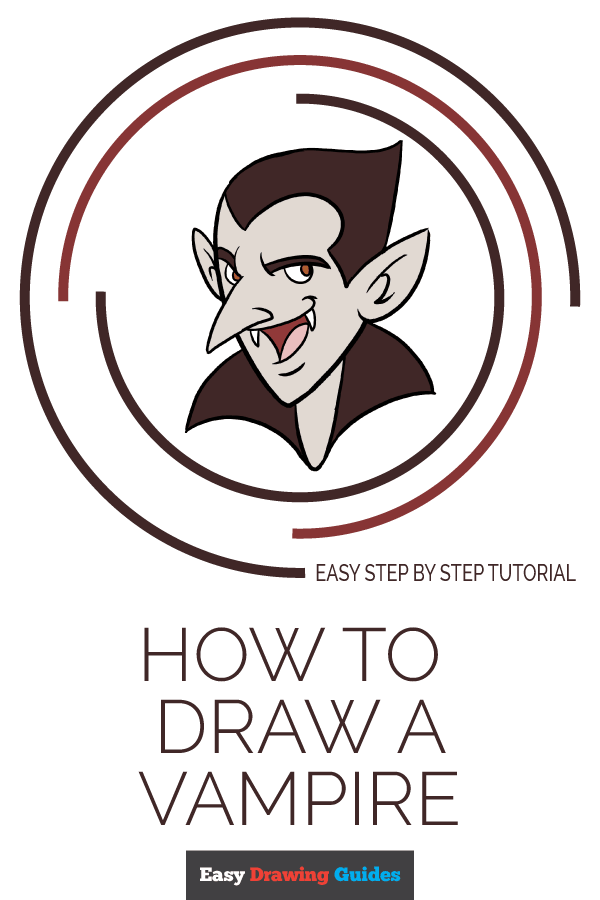 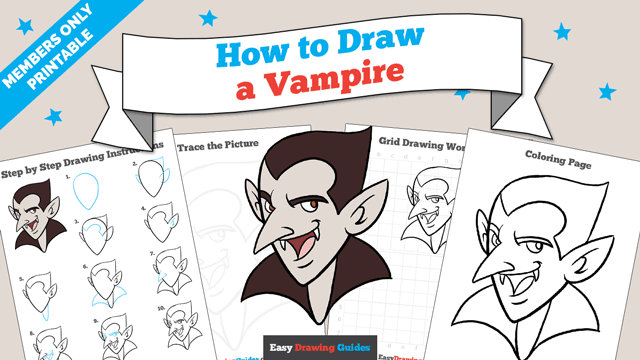