Learn how to draw a great looking Yoshi with easy, step-by-step drawing instructions, and video tutorial. You can now easily create a beautiful Yoshi drawing. 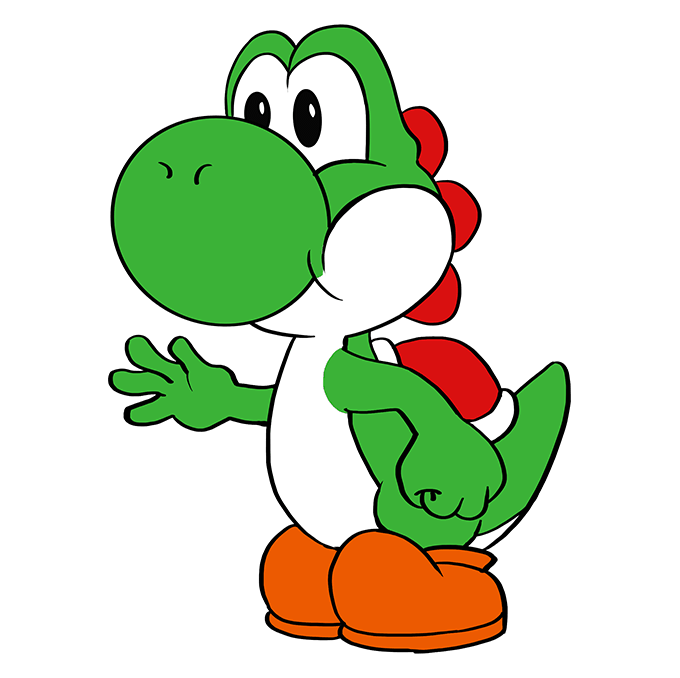 The dinosaurlike Yoshi debuted in the video game Super Mario World in 1990. He is a sidekick of Mario and Luigi.

Yoshi hatches from an egg and he is capable of devouring enemies with his large mouth. Yoshi has a long, prehensile, sticky tongue that he uses to grab characters, reach distant objects, and as a grappling hook. His large nose helps him find hidden objects, and he can construct an egg around himself for protection. Characters can ride Yoshi as they would a horse.

The Yoshi or Yoshisaur species (originally a type of Koopa) live on Yoshi's Island and come in many colors. They may be green, orange, red, yellow, pink, fuschia, violet, or blue. In some games, color denotes special characteristics.

In addition to Super Mario and Super Smash Bros., Yoshi has starred in a number of his own titled video games, as well as comic strips, movies, and merchandise. He is listed among the Top 50 Video Game Characters of All Time. In the Mario franchise, he is second in popularity only to Mario himself.

Would you like to draw Yoshi from Super Mario Brothers? This easy, step-by-step video game drawing tutorial is here to show you how. All you will need is a pencil, an eraser, and a sheet of paper. You may also wish to color your finished Yoshi.

If you liked this tutorial, see also the following drawing guides: Jigglypuff from Pokemon, Link from Zelda, and Super Mario. 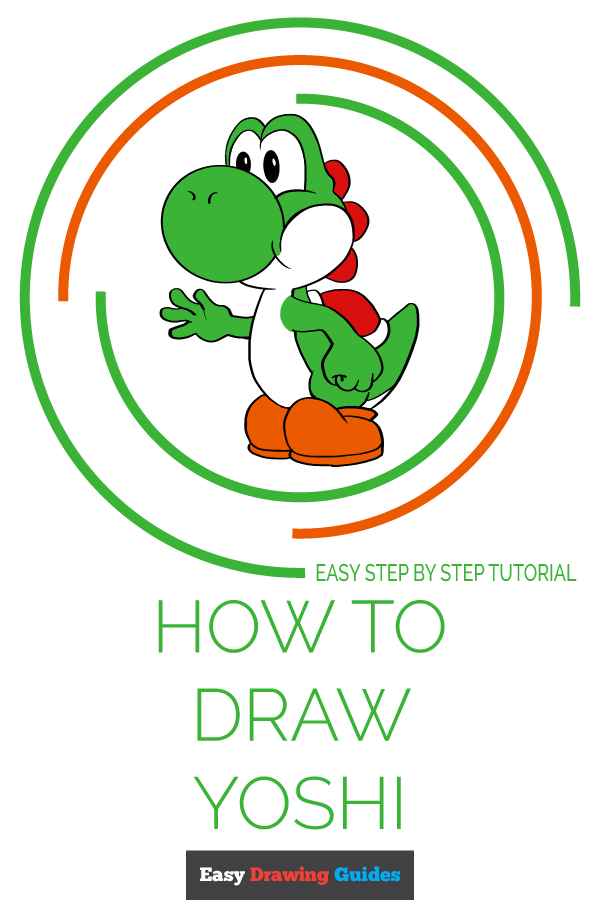 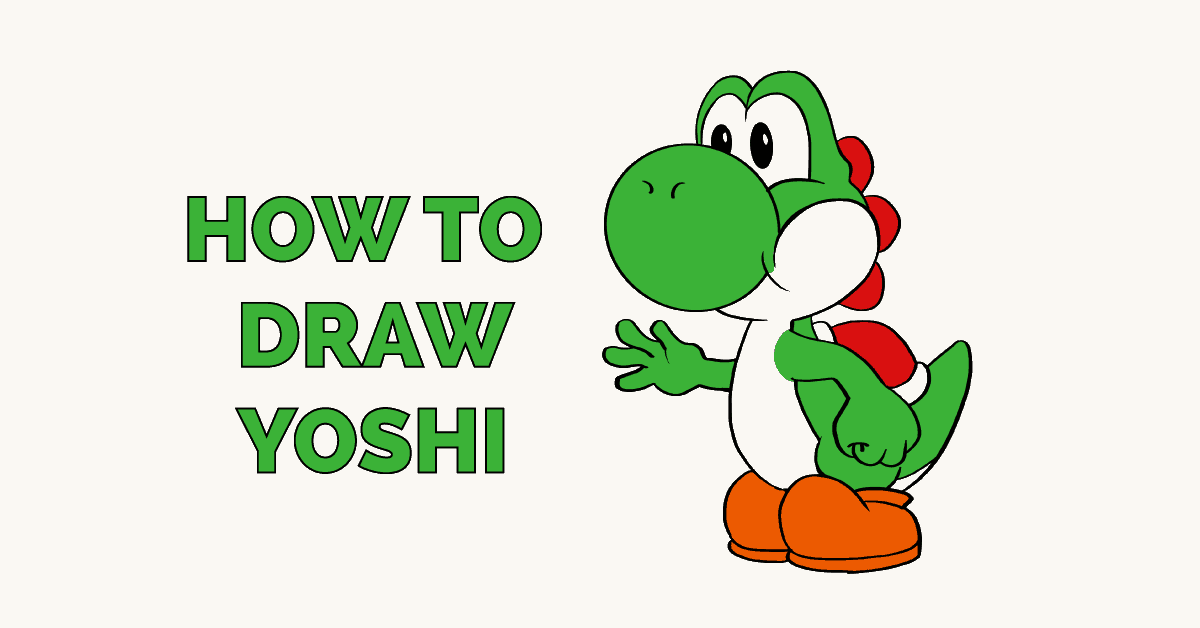 How to Draw a Great Looking Yoshi for Kids, Beginners, and Adults - Step 1 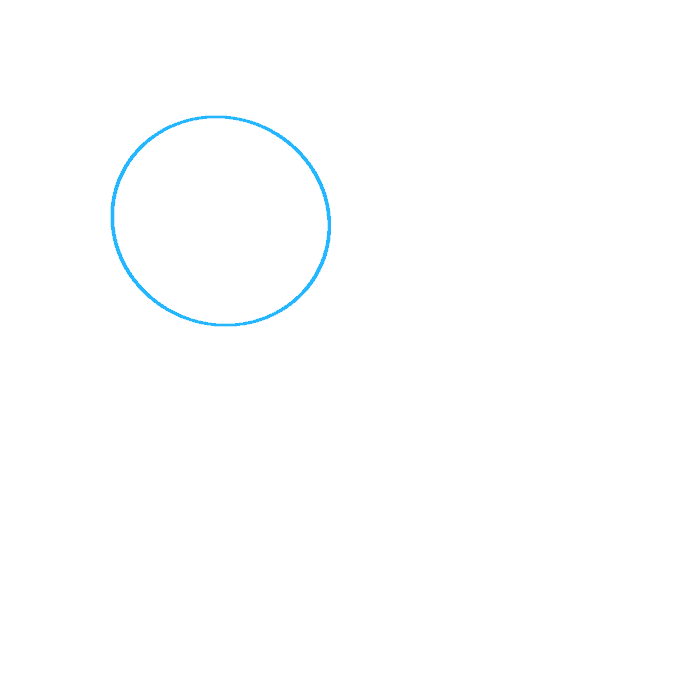 1. Begin by drawing a circle. This will become Yoshi's snout or nose. 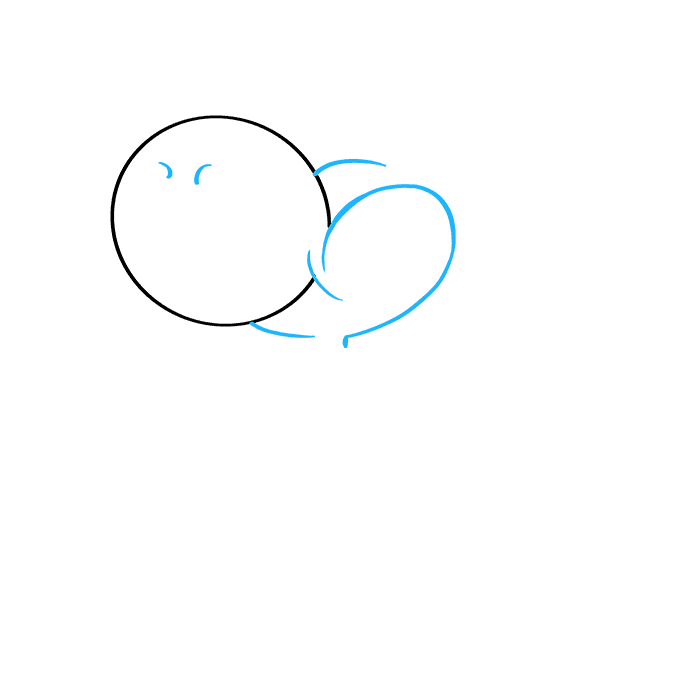 2. Draw curved lines extending from the snout. Draw a nearly complete oval using a series of lines, overlapping the side of the nose. Erase guide lines as necessary. This forms the lower half of Yoshi's face. Then, draw two curved lines at the tip of the snout to indicate the nostrils. 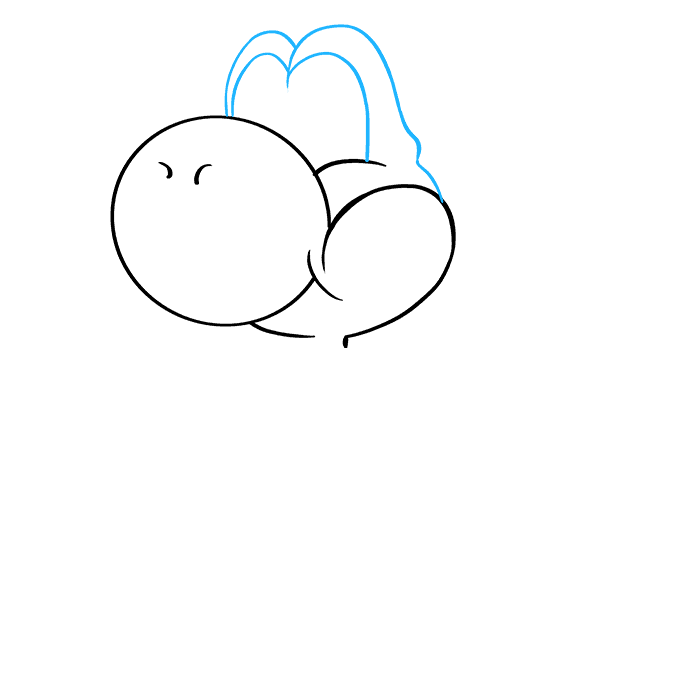 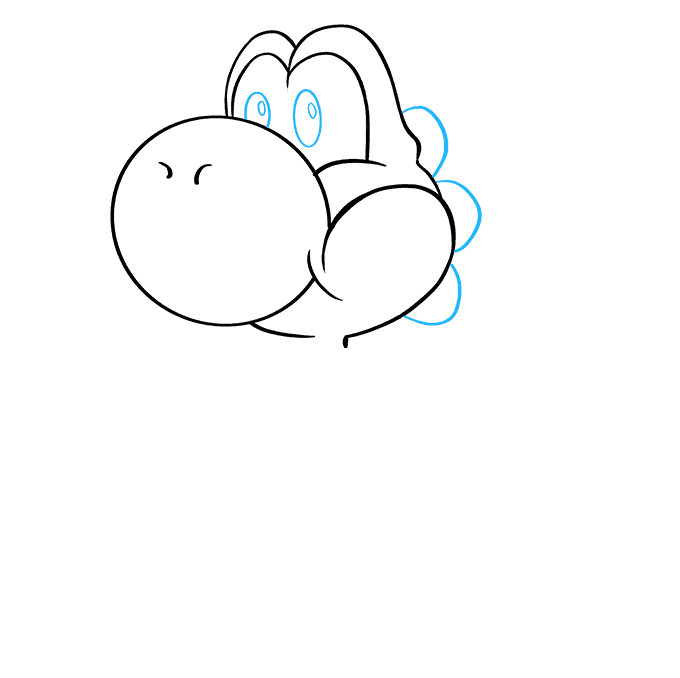 4. Draw an oval within an oval to detail each eye. Use curved lines to enclose half circles on the back of Yoshi's head.

How to Draw a Velociraptor 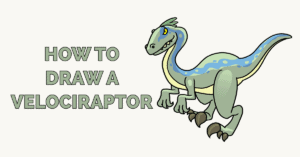 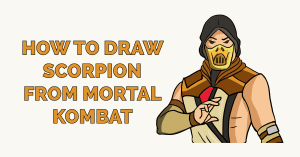 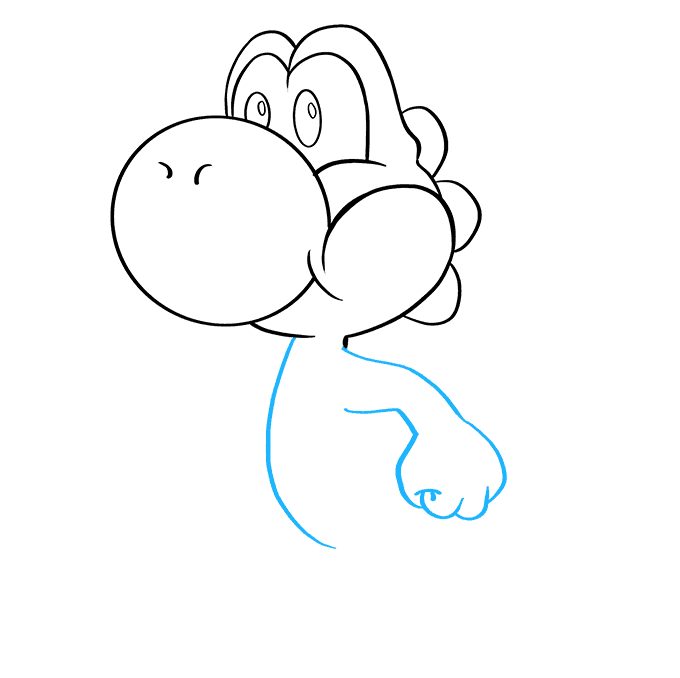 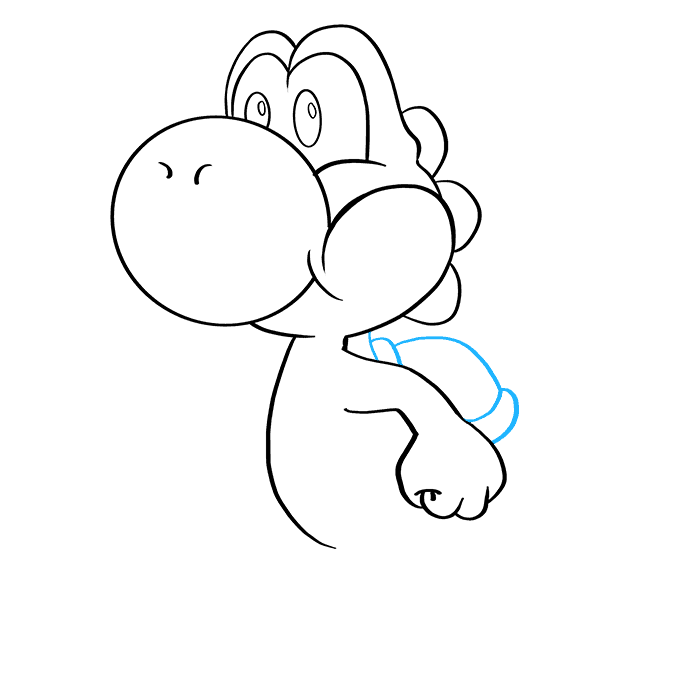 6. Draw a curved line between the head and arm to enclose Yoshi's back. Then, sketch his turtle shell or saddle. Draw the lower portions of the saddle by drawing curved lines that double back upon themselves. Connect the ends with a curved line, giving the saddle a rounded shape. 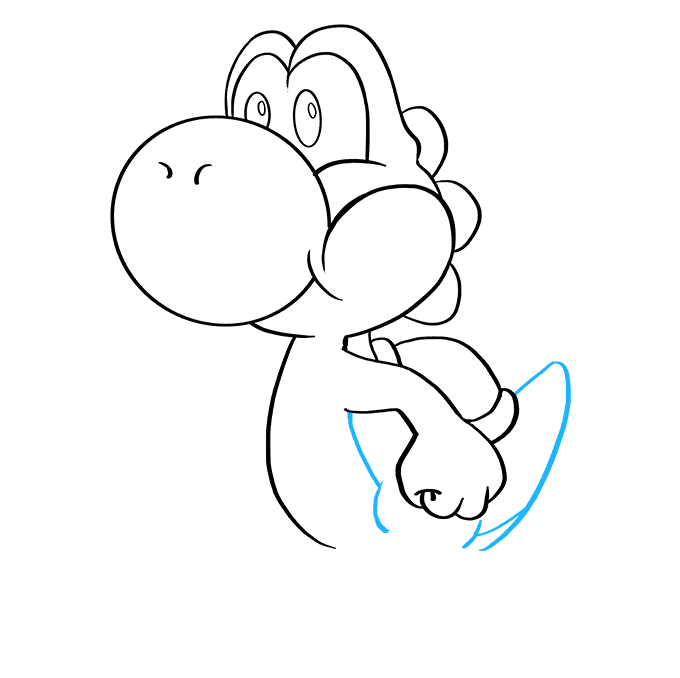 How to Draw Bendy 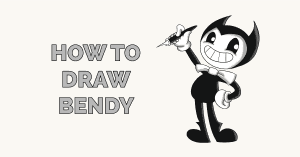 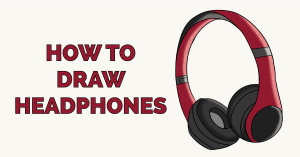 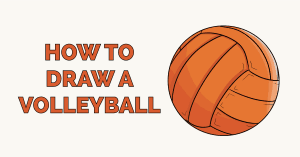 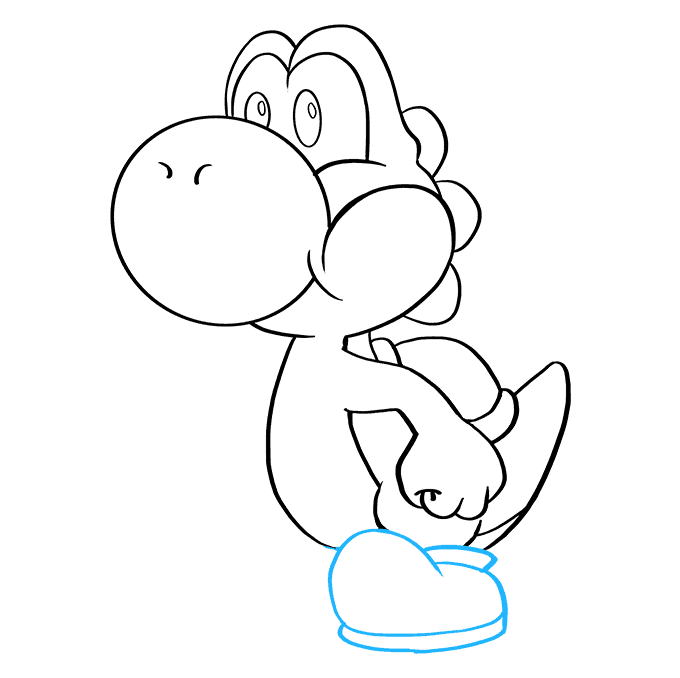 Complete the Outline of Your Yoshi Drawing - Step 9 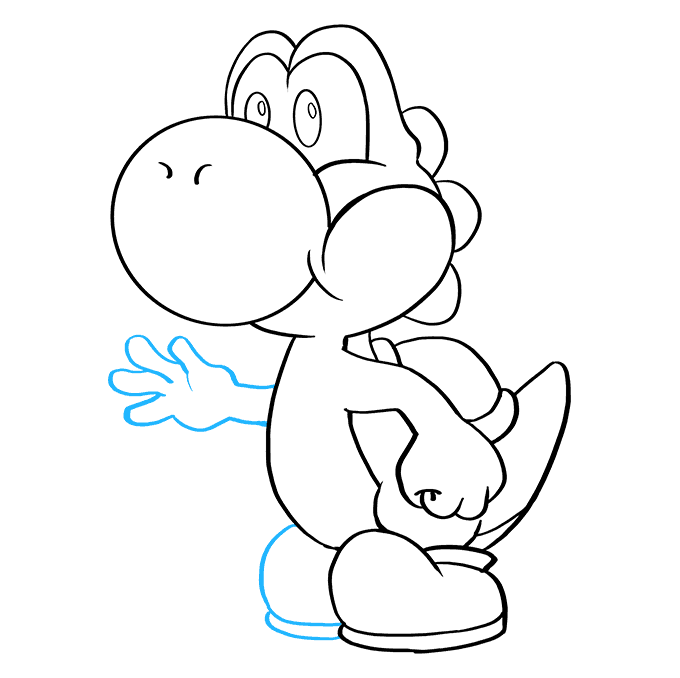 9. Use curved lines to outline Yoshi's remaining boot and his extended hand. Notice how the fingers are enclosed using "U" shaped lines.

Color Yoshi. He is typically green with a white belly, orange boots, and red spikes and saddle. 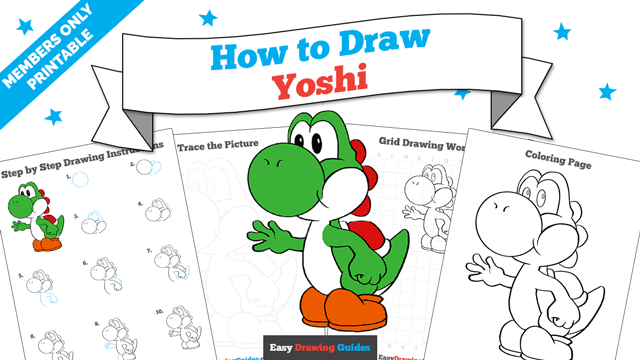