Learn how to draw a great looking Dragonfly with easy, step-by-step drawing instructions, and video tutorial.

By following the simple steps, you too can easily draw a beautiful Dragonfly. 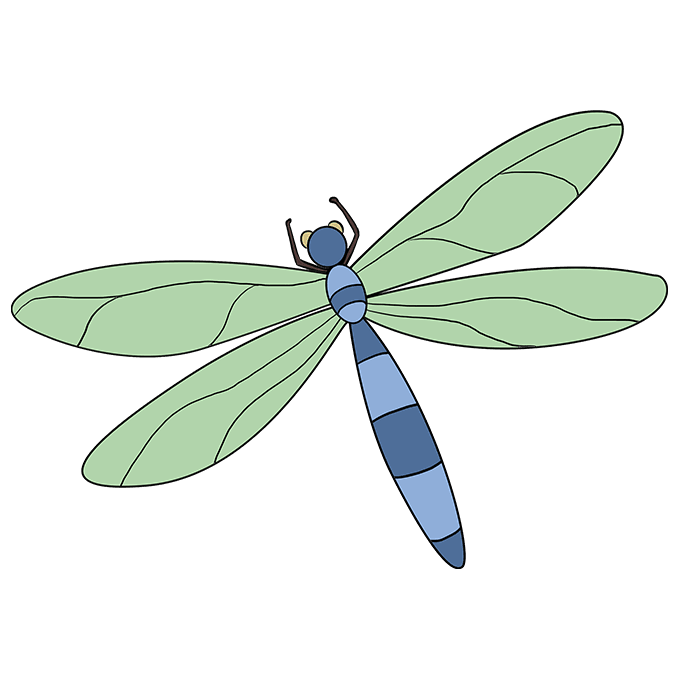 These insects are most active during the day, while fireflies are nocturnal.

Dragonflies can have lifespans of several years; most of this time is spent in the nymph stage. Some adult dragonflies even migrate across oceans, and they have been clocked at speeds up to 60 miles per hour.

The fossil record shows that dragonflies are a very ancient species.

Ancient dragonflies were much larger than those of today; some had wingspans of nearly three feet.

Dragonflies are hunters, and they eat insects such as mosquitoes and moths.

Dragonfly images have been identified on age-old art forms, including pottery shards, Egyptian amulets, and rock paintings. Today, they are often pictured in jewelry and other decorative items.

A cartoon dragonfly named Evinrude is featured in the 1977 Disney film The Rescuers. In Japan, dragonflies "are symbols of courage, strength, and happiness," and their images appear on vases and other items, both new and old.

Would you like to draw your own dragonfly? This simple, step-by-step dragonfly drawing tutorial is here to help.

All you will need is a pencil and a piece of paper.

You may also wish to use paints, crayons, markers, or colored pencils to shade your finished drawing, as dragonflies come in a wide range of often metallic colors.

If you liked this tutorial, see also the following drawing guides: Ladybug, Cartoon Spider, and Spider web with Spider.

Step-by-Step Instructions for Drawing a Dragonfly 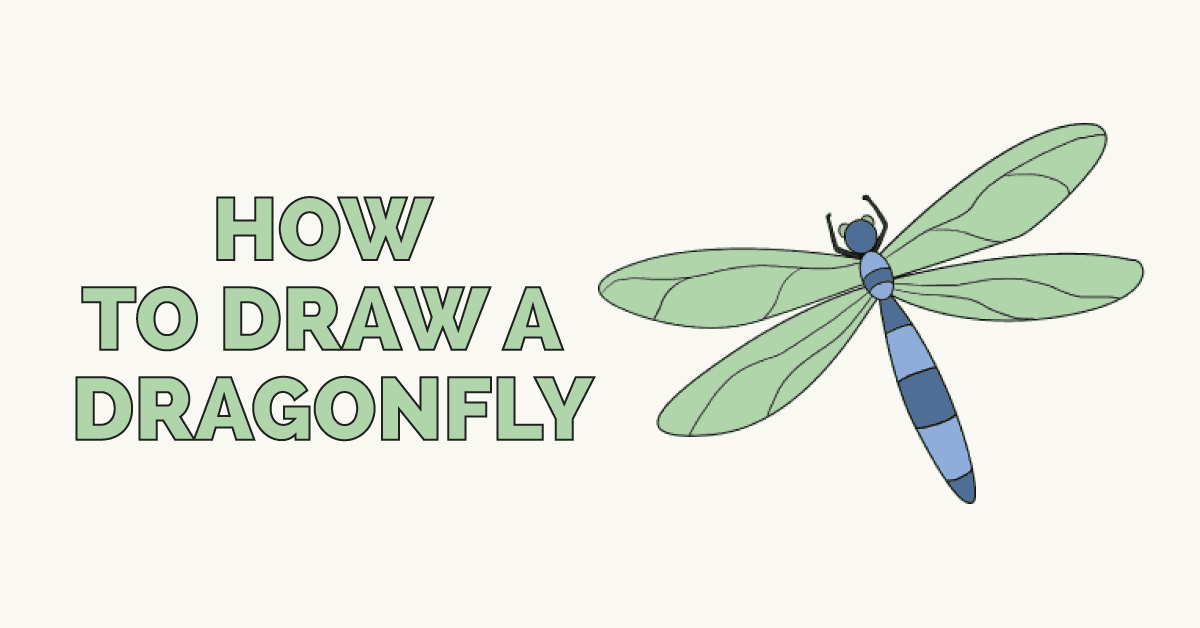 How to Draw a Great Looking Dragonfly for Kids, Beginners, and Adults - Step 1 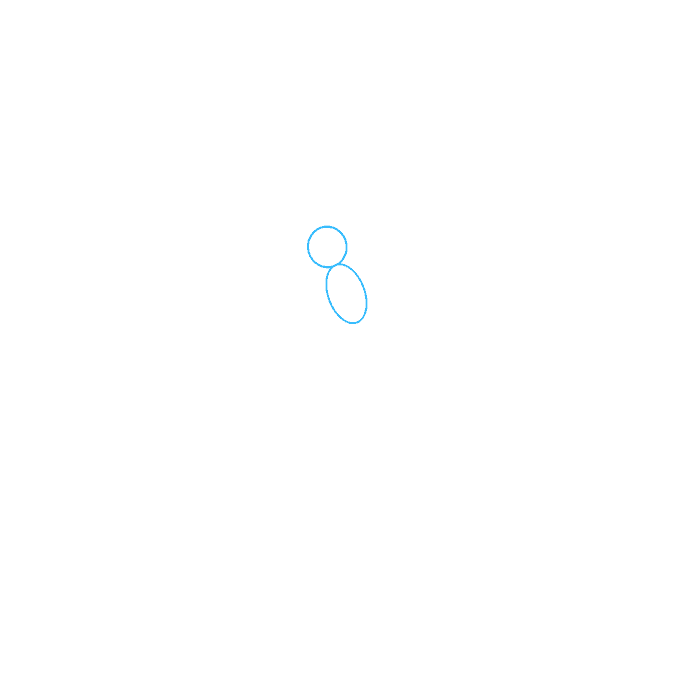 1. Begin by drawing a small circle. This will form the dragonfly's head. Beneath the circle, draw a small oval. This forms the thorax, or midsection, of the insect. 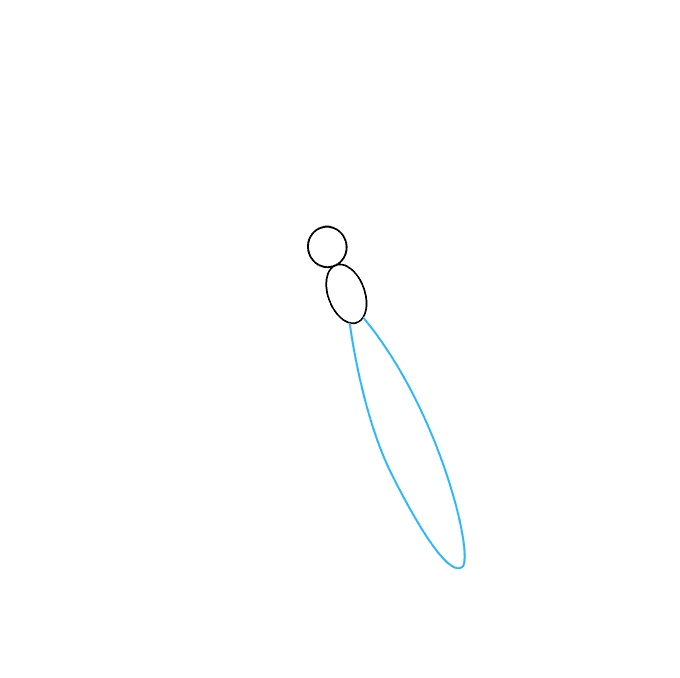 2. Beneath the oval, draw a larger, highly elongated oval with a slightly pointed end. This forms the dragonfly's abdomen, or tail. 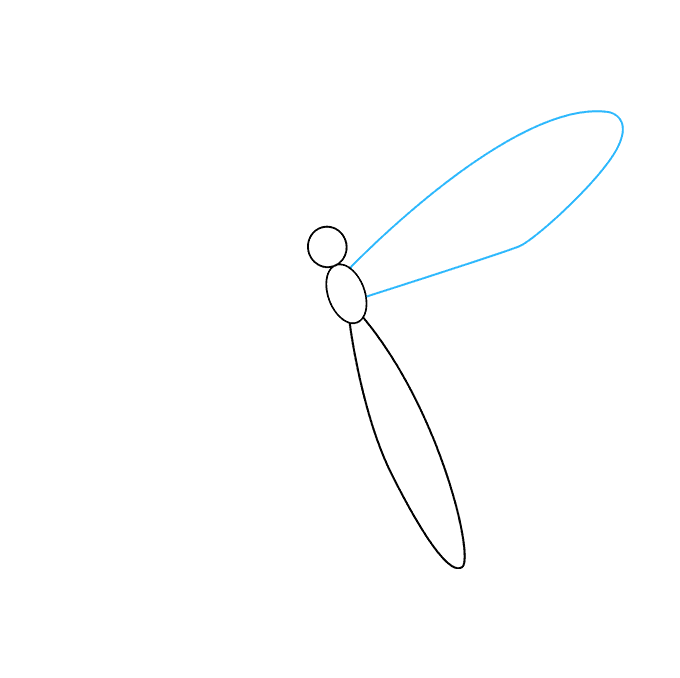 3. Draw the wing. Extend a long, curved line from the top of the thorax. Curve the line back on itself until it meets the bottom of the thorax, completely enclosing the wing. 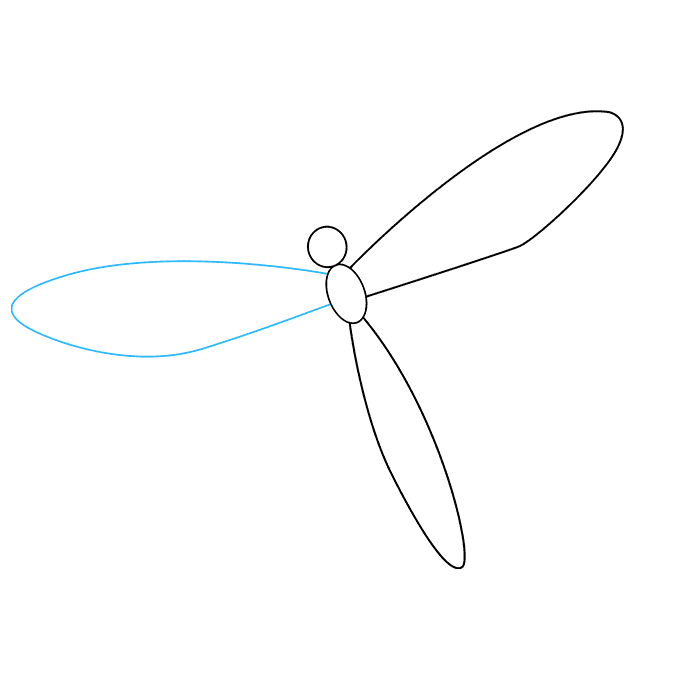 4. Repeat this process on the opposite side to form the second wing. Again, use a long, curved line, connected on both ends to the thorax.

How to Draw a Spider Web with Spider 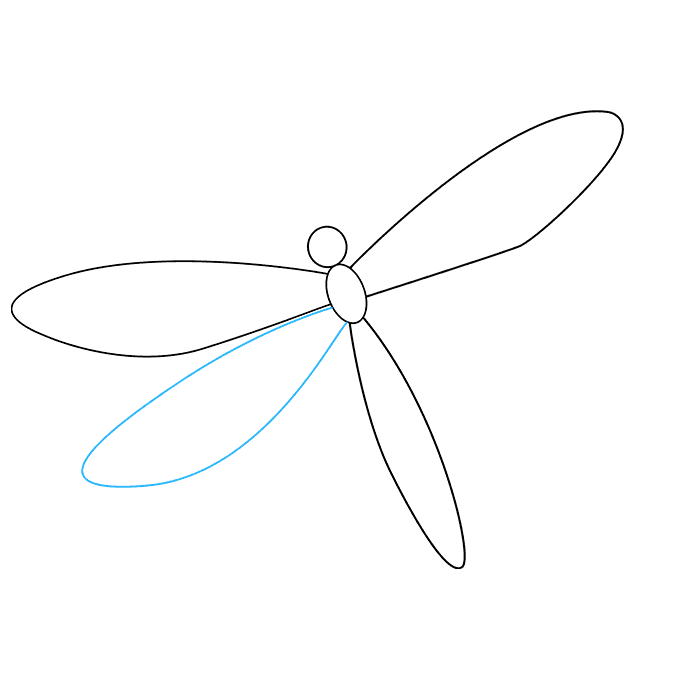 5. Draw the lower wing. Again, you will extend a long, curved line from the thorax, allowing it to double back on itself to enclose the shape. 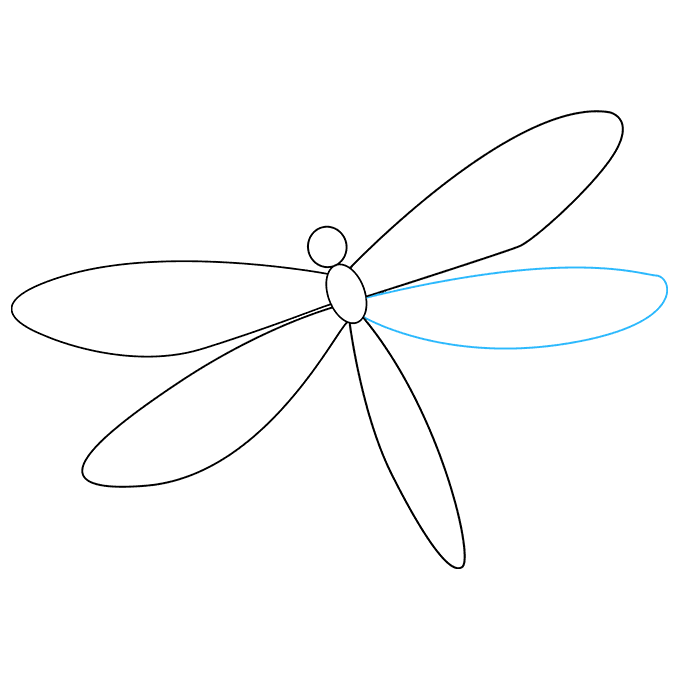 6. Draw the final of the dragonfly's four wings. Extend a long, curved line from the thorax, and allow it to double back on itself to enclose the shape. 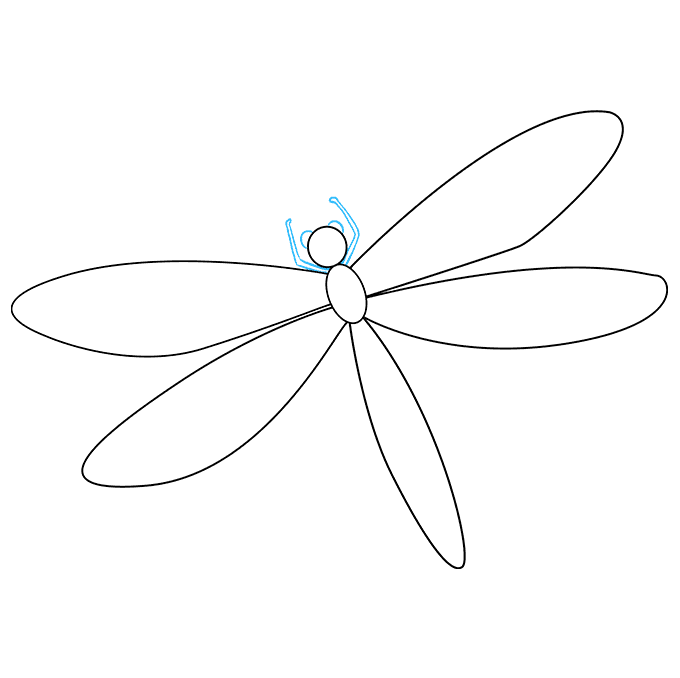 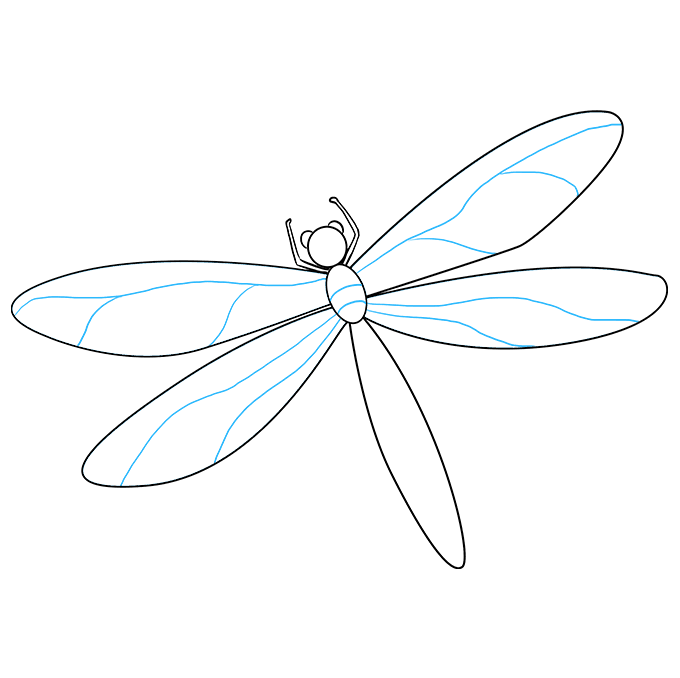 Complete the Outline of Your Dragonfly Drawing - Step 9 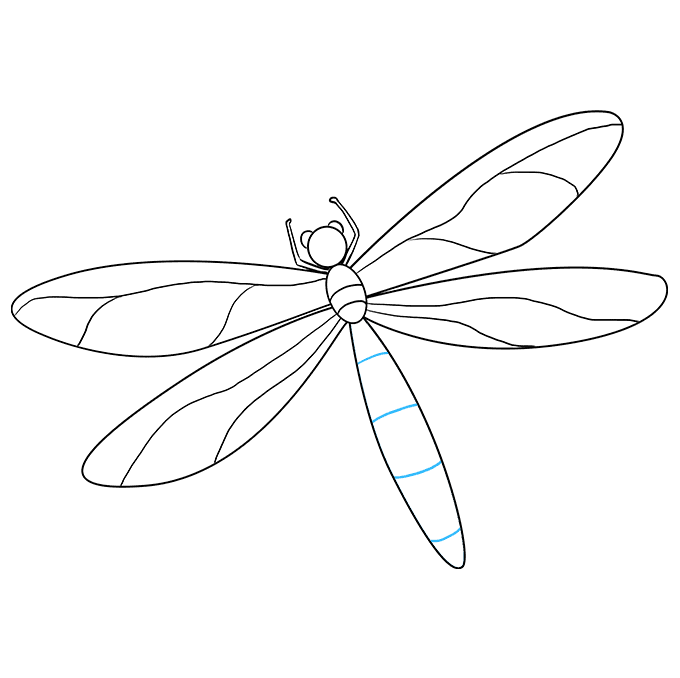 9. Indicate the segmentation of the abdomen by banding it with short, curved lines.

10. Color your dragonfly. Dragonflies can come in a rainbow of colors, including blues, greens, and golds. If you enjoyed this drawing tutorial, check out our other creepy crawlies, including the ladybug, spider, and spiderweb. 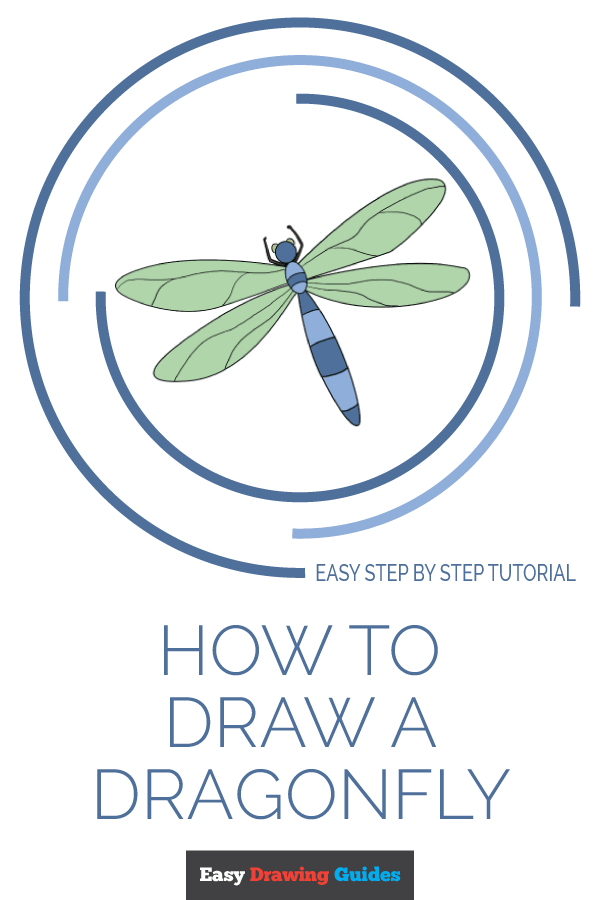 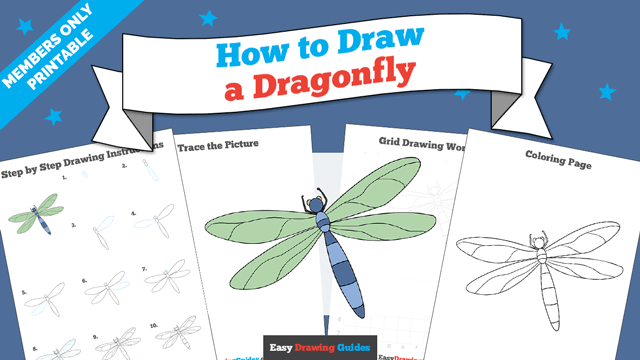