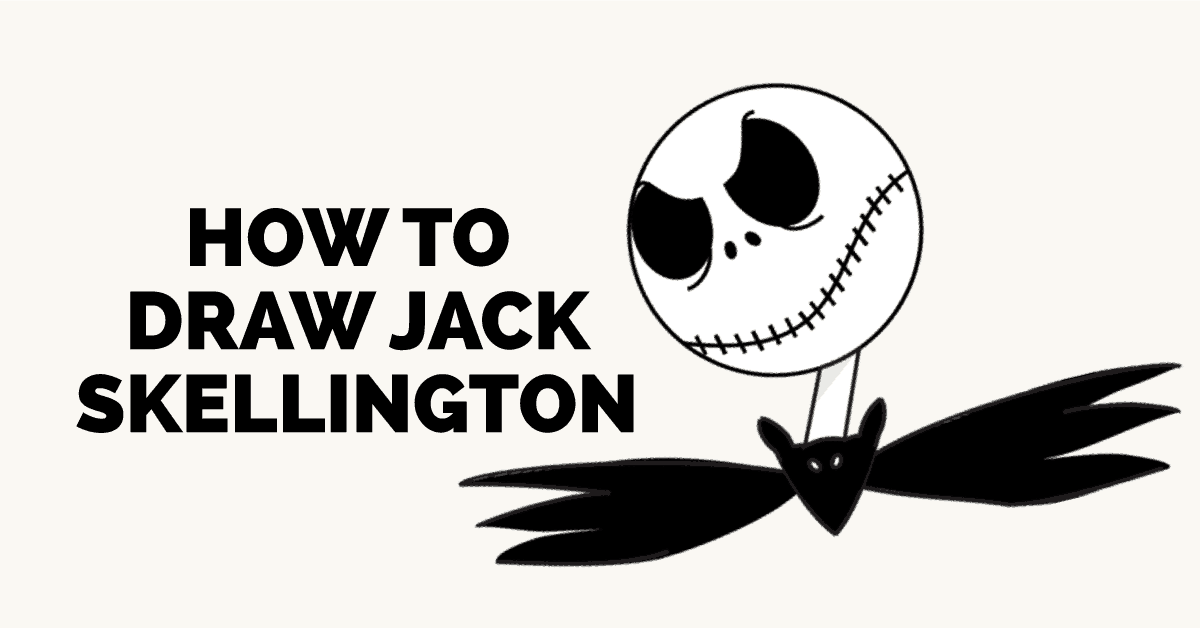 Jack Skellington is the star of the 1993 film The Nightmare Before Christmas, and he has since become a popular icon on clothing and accessories. Now, you can draw your very own Jack Skellington by following this easy, step-by-step drawing tutorial.

To draw Jack Skellington, you will need a piece of paper and something with which to draw, such as a pen, pencil, or marker. You may also want to acquire several crayons, markers, or colored pencils with which to color your finished drawing.

Notice that each step in this drawing guide is accompanied by an illustration. New lines added to each successive illustration are highlighted in blue.

Sketch lightly at first, as you will erase some of your earlier lines as you complete the drawing.

If you liked this tutorial, see also the following drawing guides: Sugar Skull, Skeleton, and Skull. 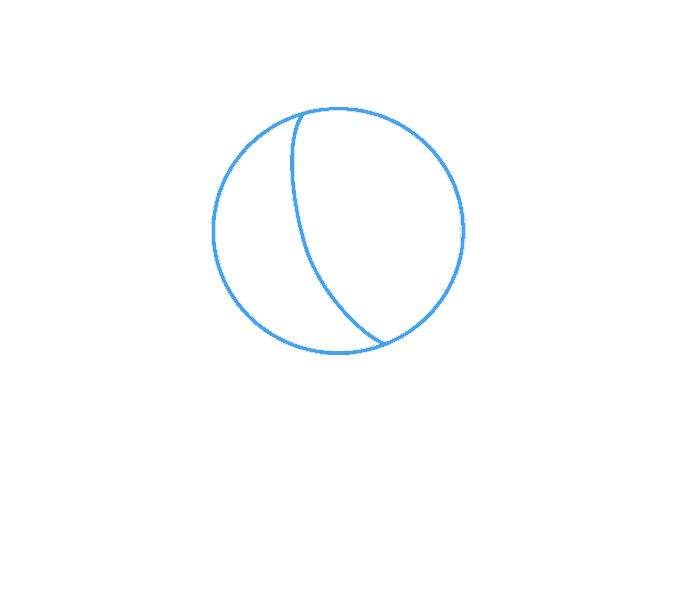 Begin by drawing a circle. Draw a curved line from top to bottom within the circle. This line will serve as a guide as you draw Jack's face. 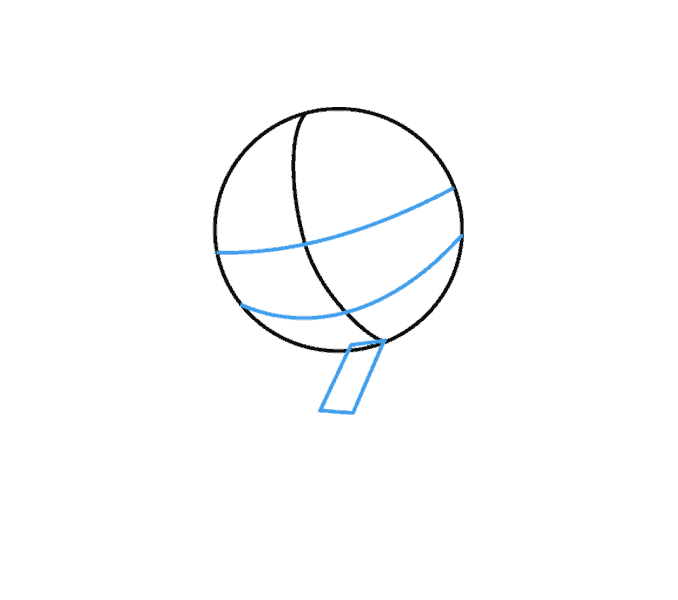 Draw two horizontal curved lines across the circle. Below it, draw two parallel, diagonal straight lines. Connect the lines at each end with a short, straight line. 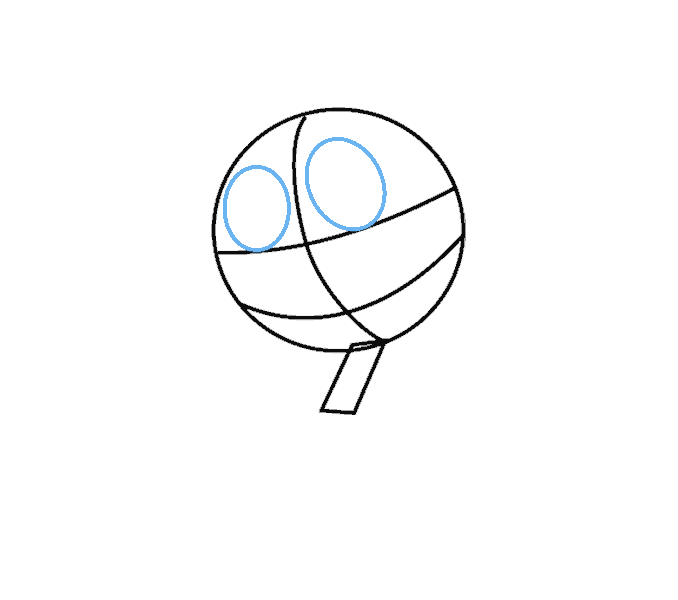 Above the upper horizontal curved line, draw two ovals. These ovals will form the eyes. 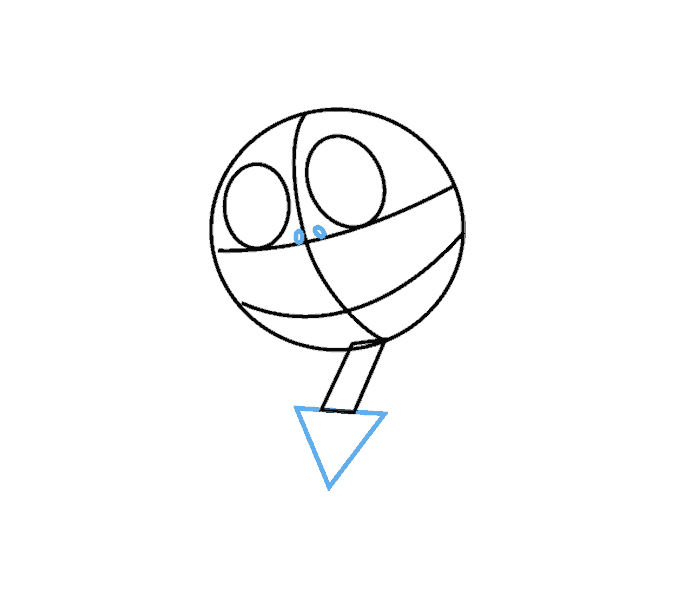 At the point where the horizontal and vertical curves meet, draw two very small ovals. These serve as the nose. Draw an upside down triangle beneath the neck. 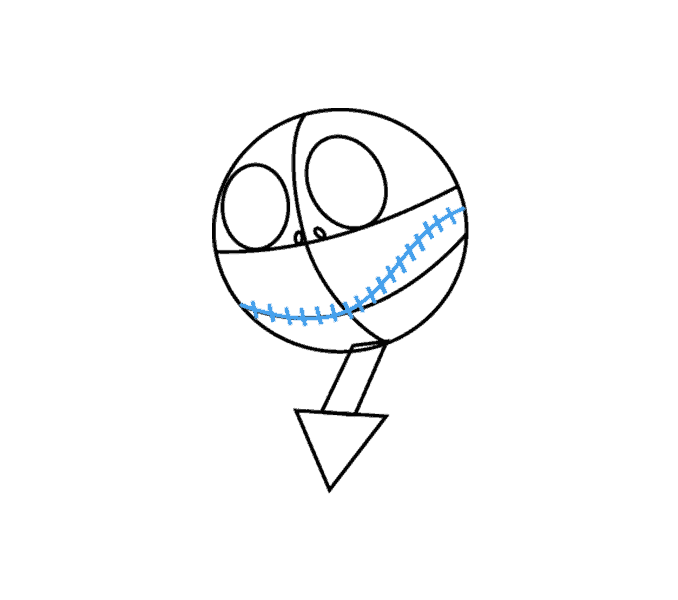 Draw a wavy line across the middle of the circle. This will be Jack's mouth. Then, draw seventeen short, straight vertical lines intersecting the wavy line. 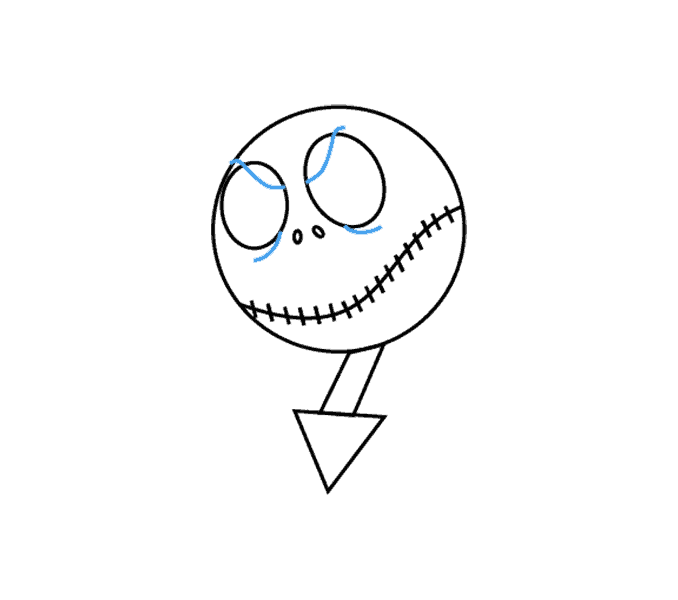 Erase the original, curved guide lines from the circle. Draw a short, curved line extending from the bottom of each eye, and a longer curved line intersecting the top of each eye. 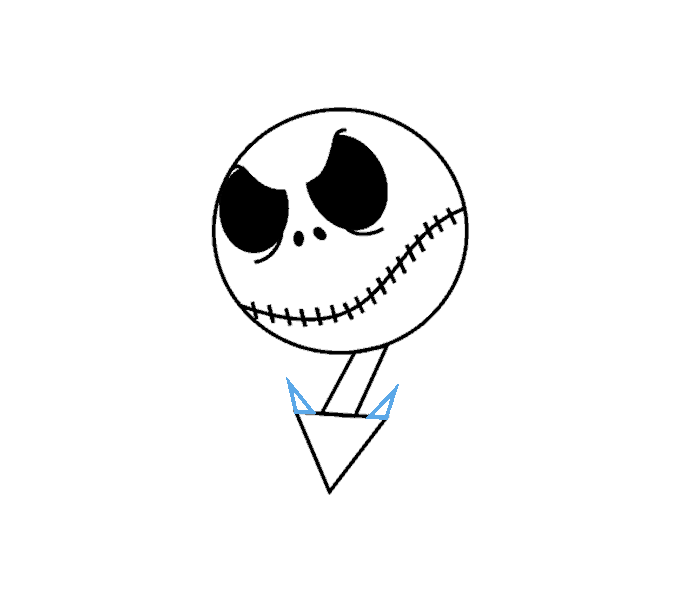 Erase the portion of each eye oval that is above the intersecting curved line. Then, shade the eyes. Draw a small triangle at each of the top corners of the triangle below the neck. 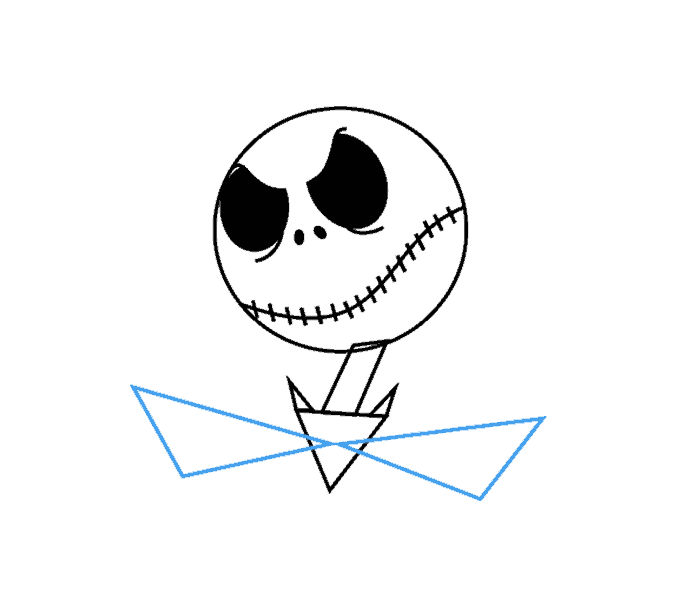 Draw two triangles intersecting the original triangle. These triangles should meet at their points and extend far to the left and right of the image. 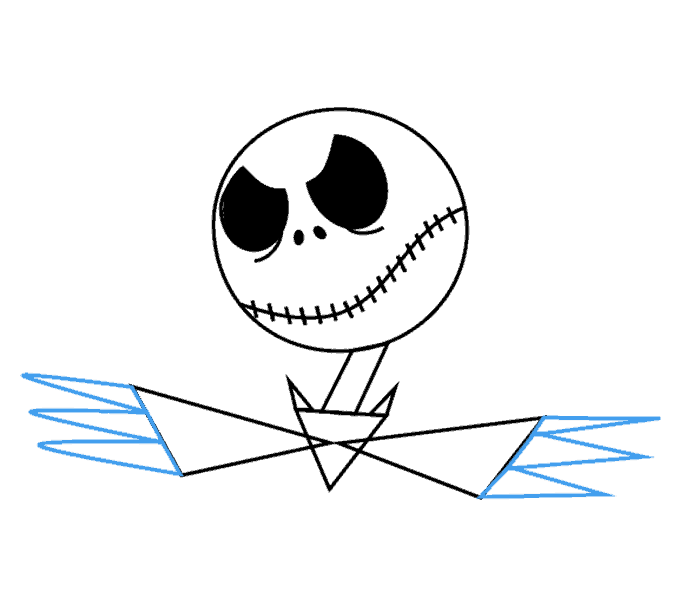 Draw three long, skinny triangles extending from the far sides of each of the intersecting triangles. 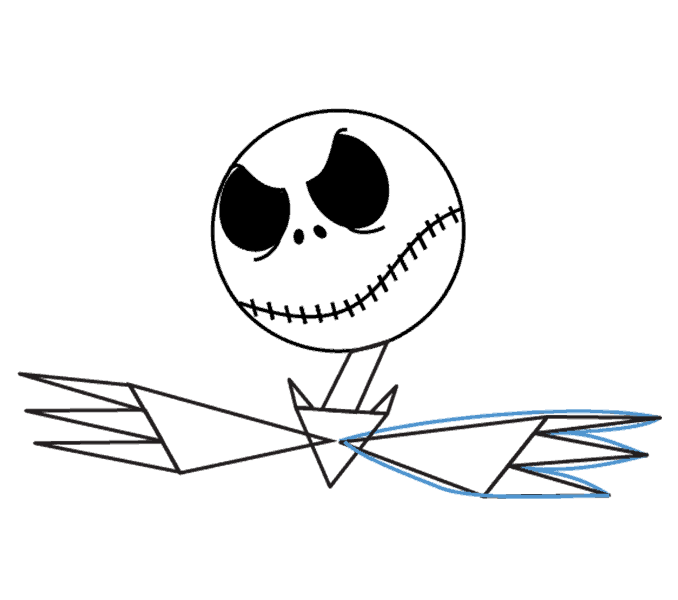 Soften the lines of the set of triangles to the right of the image. Do this by drawing a curved line from point to point, using the original triangles as guides. 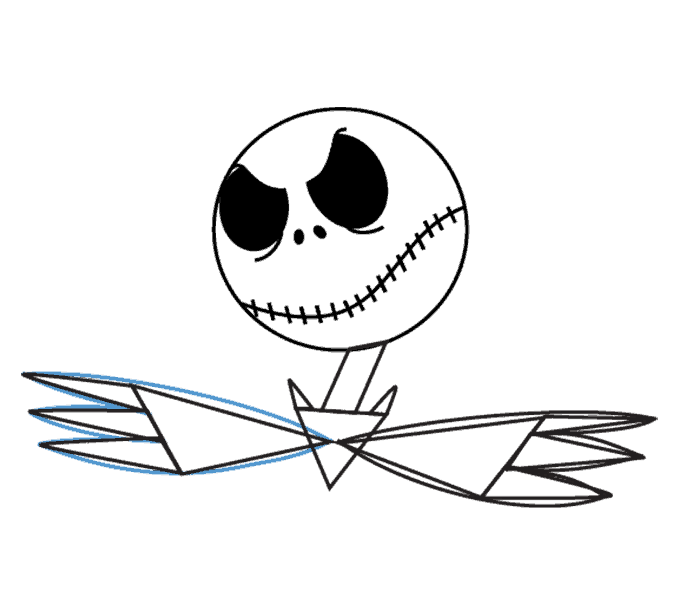 Repeat this process for the group of triangles on the left. 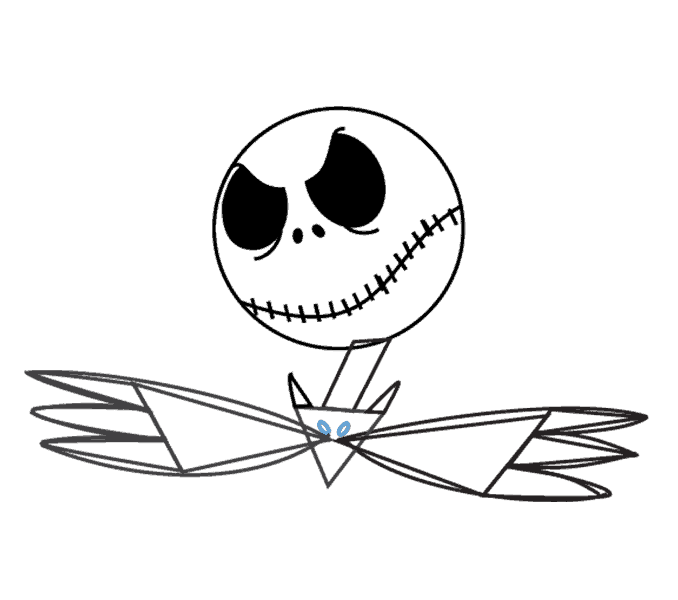 Draw two small ovals above the point where the intersecting triangles meet. 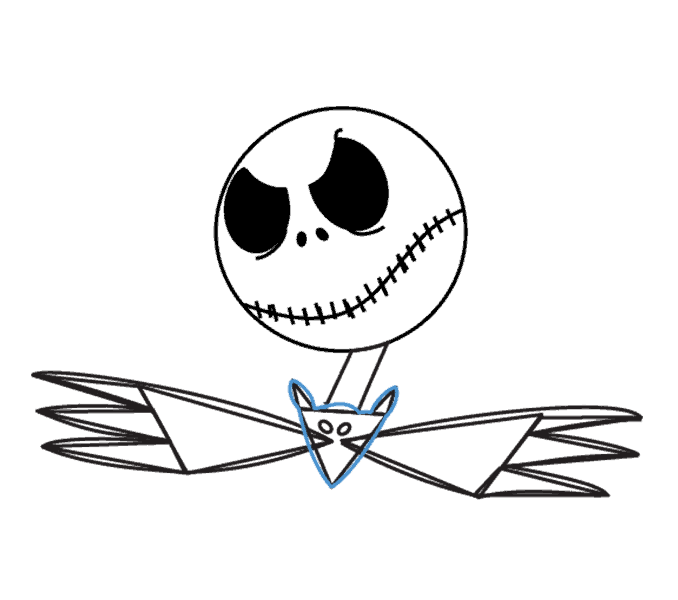 Soften the lines of the center group of triangles by outlining it with curved lines. 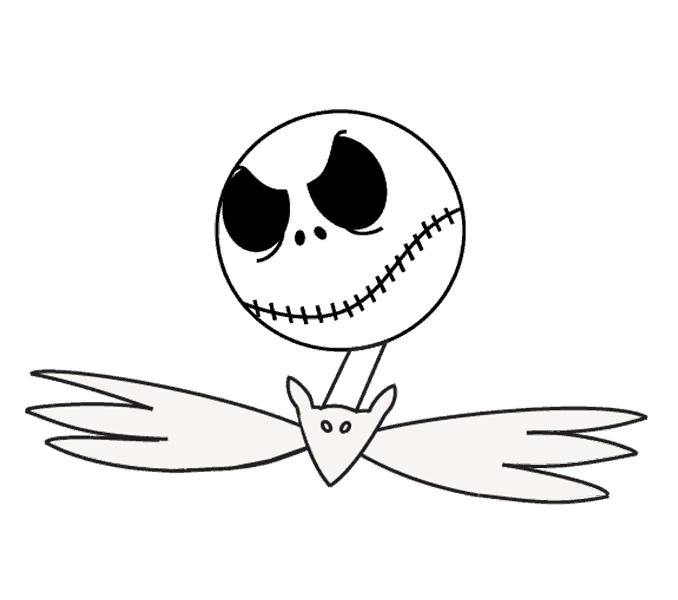 Erase the guide lines from within all three sets of triangles. 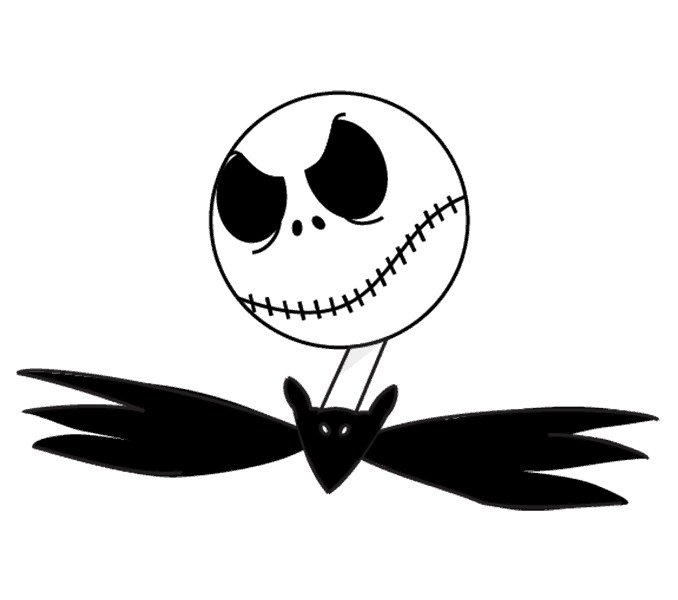 Shade the bow tie. You now have your very own drawing of Jack Skellington.