Skip to content
Easy Drawing Guides > body, cute, easy, other > How to Draw a Brain 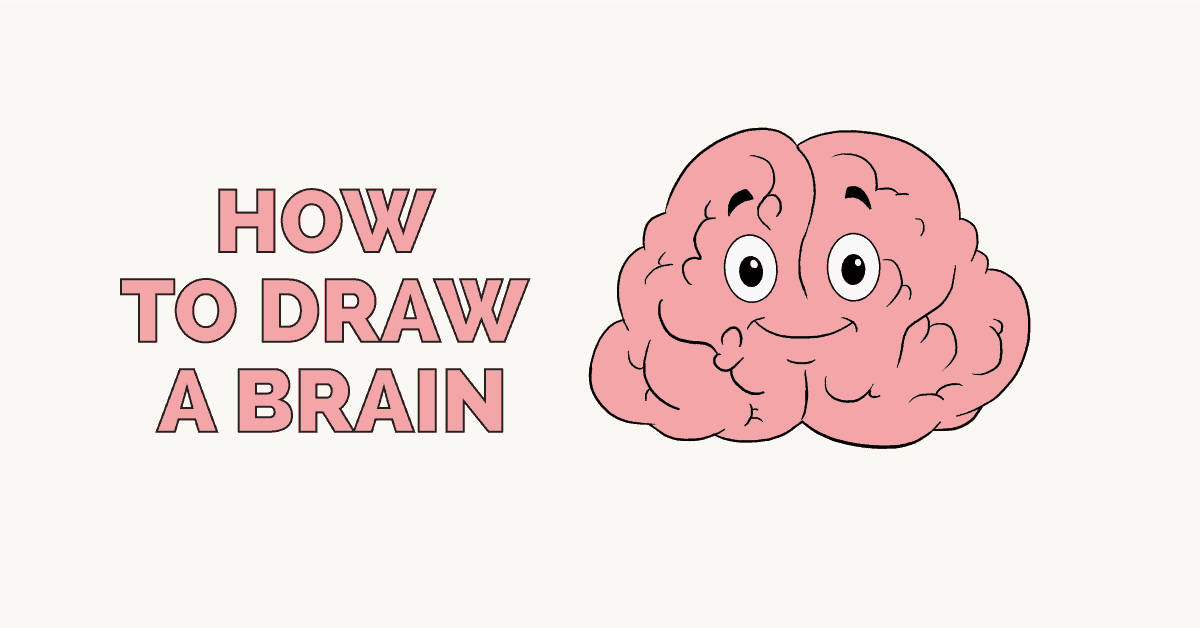 The brain is like the body's computer. It has hardware and software, and it stores memories. The brain is much more powerful than any computer, however - computers run out of memory eventually, but so far, no one's brain ever has. Did you know? The brain weighs about three pounds, and it generally uses more of the body's energy than any muscle.

Today, cartoon images of brains are often used to symbolize intelligence or learning. A smiling brain wearing a graduation hat has been used to encourage students to work hard and graduate high school.

At other times, the realm of science fiction has used disembodied brains to craft stories of mad scientists, or at least those who are so dedicated to their respective work that they choose to leave the constraints of their bodies behind. One example of this is the Star Trek episode entitled "The Gamesters of Triskelion," in which gamblers have preserved only their brains, which are linked to computers. Similarly, the Star Wars franchise has the B'omarr monks, whose living brains are kept in jars, transported when necessary by spider droids. One such character can be glimpsed in the film Return of the Jedi, when droids R2-D2 and C-3P0 enter Jabba the Hutt's palace.

Would you like to draw your very own brain? Doing so is easier than ever with the help of this simple, step-by-step drawing tutorial. All you will need is a pencil, a piece of paper, and an eraser. You may also want to have colored pencils, markers, crayons, or paints handy to shade your finished drawing.

If you liked this tutorial, see also the following drawing guides: Fire, Star, and Sun.

Step-by-Step Instructions for Drawing a Brain

1. Draw a straight, vertical line. This guide line will help give your brain the correct shape.

2. Outline one side of the brain using a series of long and short connected, curved lines.

3. Continue the outline on the opposite side, using curved lines of various lengths.

4. Enclose one side of the brain using a series of long and short connected, curved lines.

How to Draw a Tooth

5. Enclose the remaining side of the brain using connected, curved lines of various lengths. The outline of the brain is now complete - notice how it appears contracted in the middle, in the area of the vertical guide line.

6. Erase the guide line from the center of the brain.

7. Add detail to your brain. Draw curved lines in the space the original guide line occupied, dividing the brain into two halves, or hemisheres. Then, draw curved lines and series of connected "U" shaped lines throughout the interior of the brain. This gives it the texture of wrinkles and folds, called sulcus and gyrus.

8. Give your friendly brain a face. Draw two ovals to form the eyes, and a curved line for the smiling mouth. Detail the mouth with a curved line on each end, and draw a small curve beneath it to indicate the chin. Above each eye, use two curved lines and a short, straight line to draw eyebrows.

How to Draw an Eyeball

9. Within each eye, draw an oval, with a tiny circle inside it. Shade between the oval and circle, indicating the pupil.

10. Color your brain. The brain in our example is pink, but scientifically, the brain is known as "grey matter."

The Complete Brain Drawing Tutorial in One Image

How to draw: Brain - all drawing steps