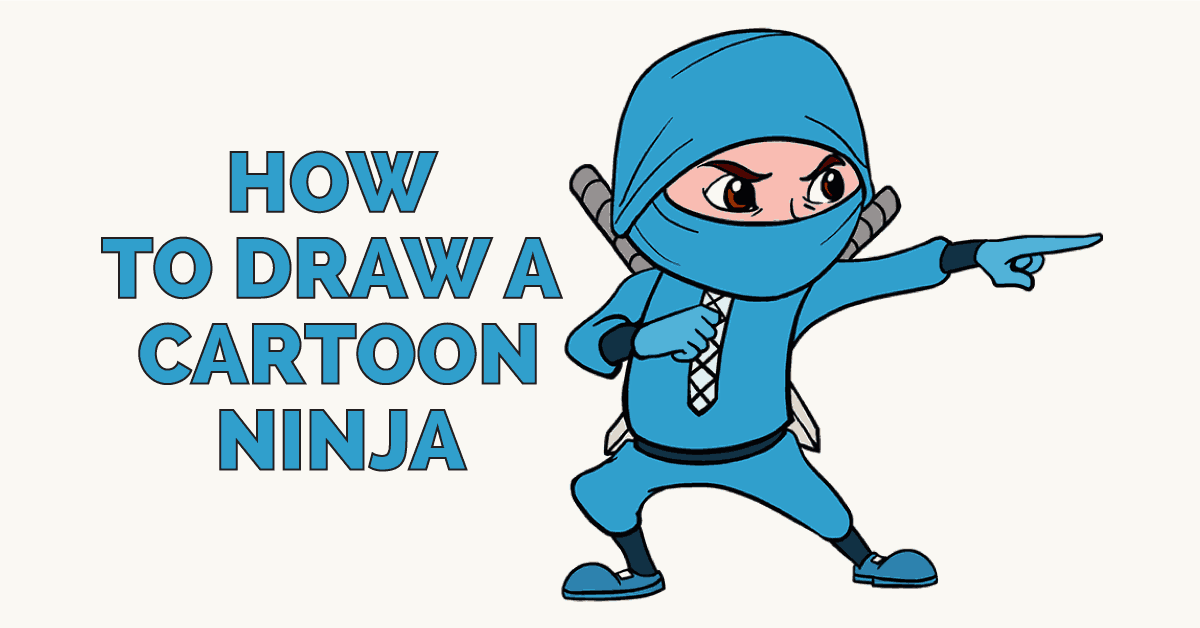 Ninjas were spies and warriors during the feudal era of Japan, possibly dating back as far as the 12th century. Modern popular culture has adopted the ninja archetype as a symbol of stealth, strength, and wisdom.

Ninja cartoon characters are both common and popular in Japanese anime and manga. Outside of their native land, ninjas have appeared in cartoons and comic books such as the Teenage Mutant Ninja Turtles and Spider-man's villain, the White Ninja. Ninjas have also made appearances in the series Jimmy Neutron: Boy Genius and Mighty Morphing Power Rangers.

Would you like to draw your very own cartoon ninja? Now you can, by following this easy, step-by-step drawing tutorial. All you will need is a pencil and a piece of paper. You may also want to use an eraser to correct any mistakes, and colored pencils, crayons, markers, or paints to shade your finished picture.

If you liked this tutorial, see also the following drawing guides: Naruto, Monster, and Cartoon Princess.

Step-by-Step Instructions for Drawing a Ninja 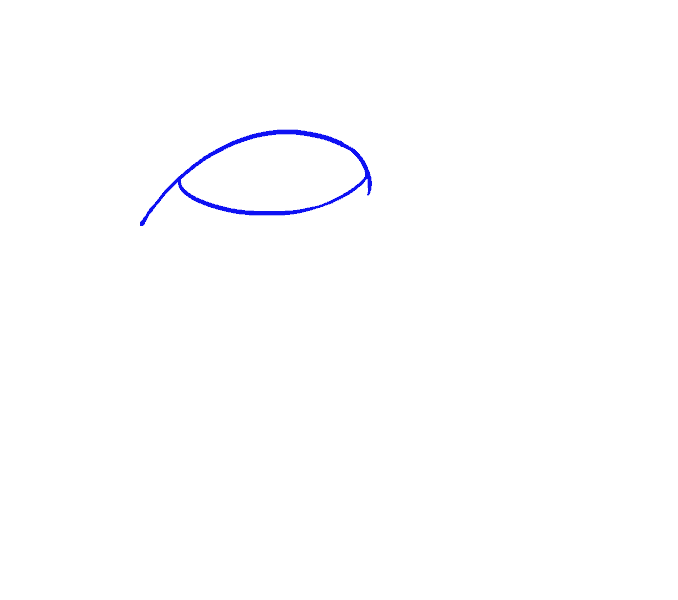 Begin by drawing a curved line. Beneath this line, draw a second curved line, connected to the first just before the ends. This will form the ninja's face. 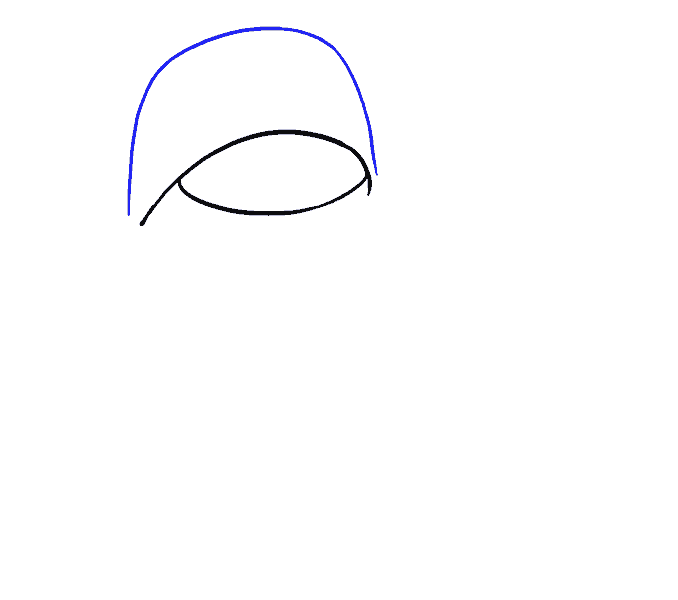 Draw another, longer curved line just above the first. This will form the top of the ninja's head. 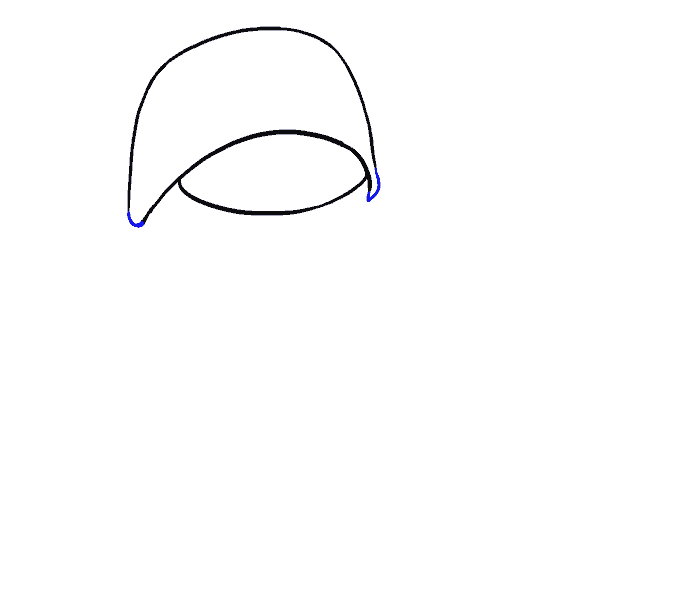 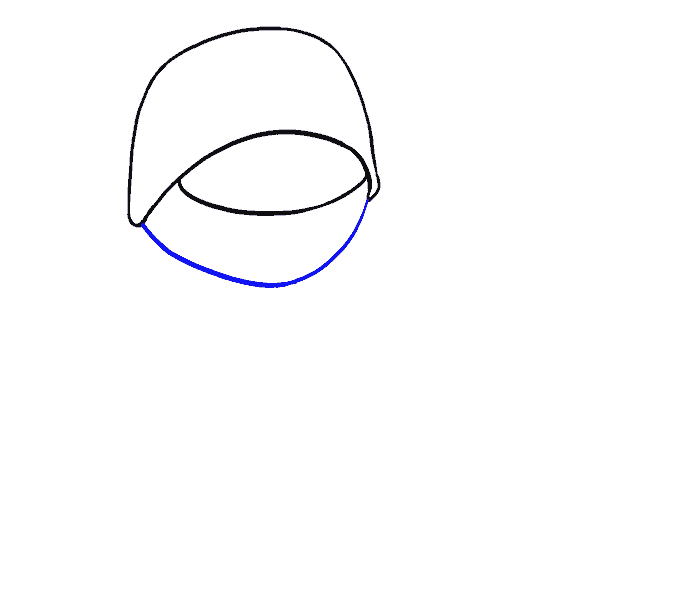 Draw another curved line across the bottom of the figure. This forms the bottom half of the ninja's disguise. 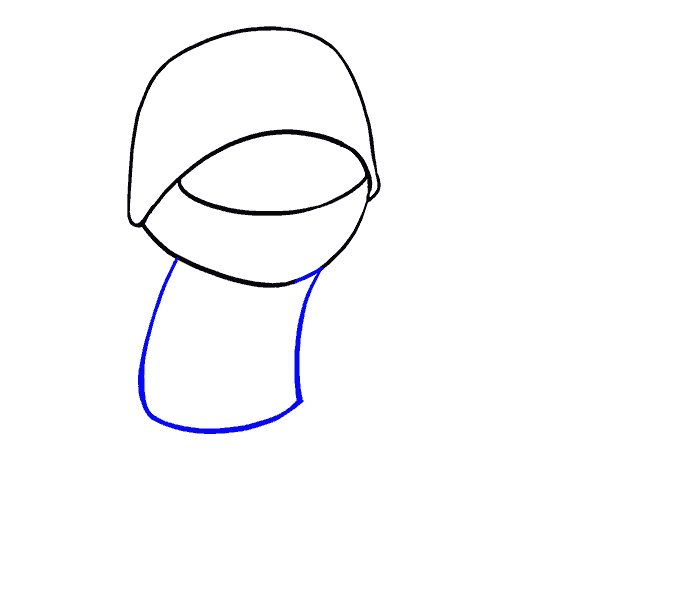 Using curved lines, enclose a curved rectangle shape beneath the head. This will form the ninja's body. 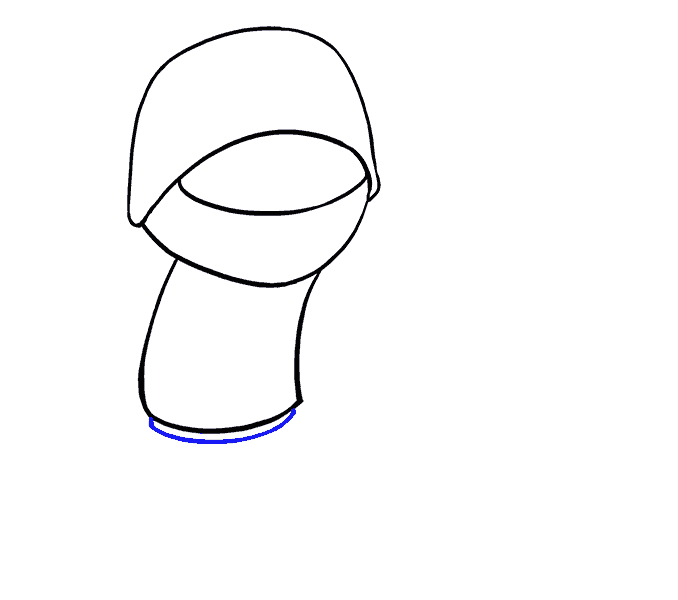 Draw a curved line below the body. This will form the ninja's belt. 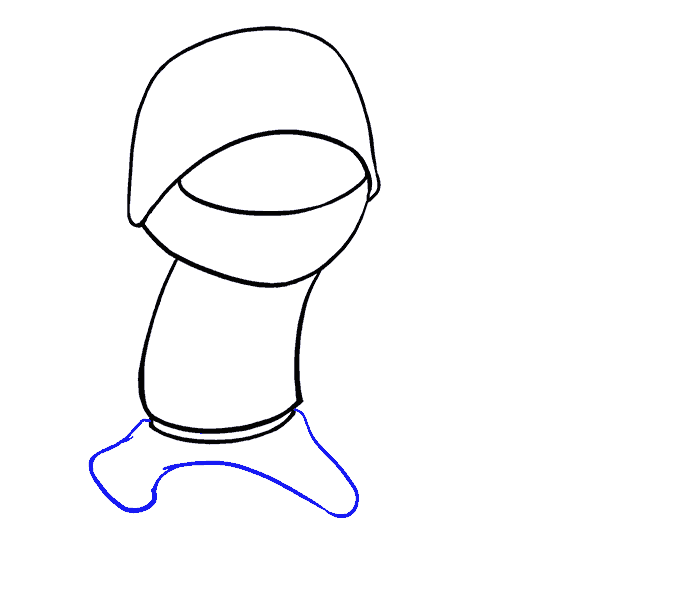 Draw the legs using a series of curved lines. The legs will extend outward from the body in opposite directions. 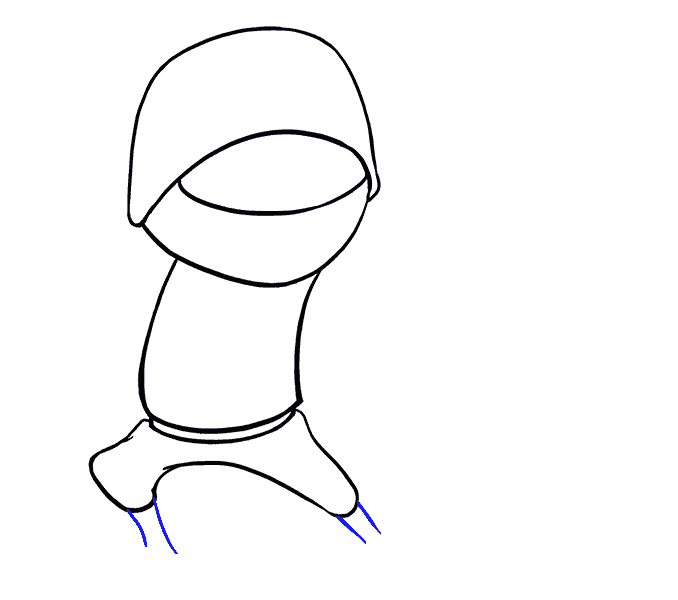 Extend a set of parallel, curved lines from the bottom of each leg. 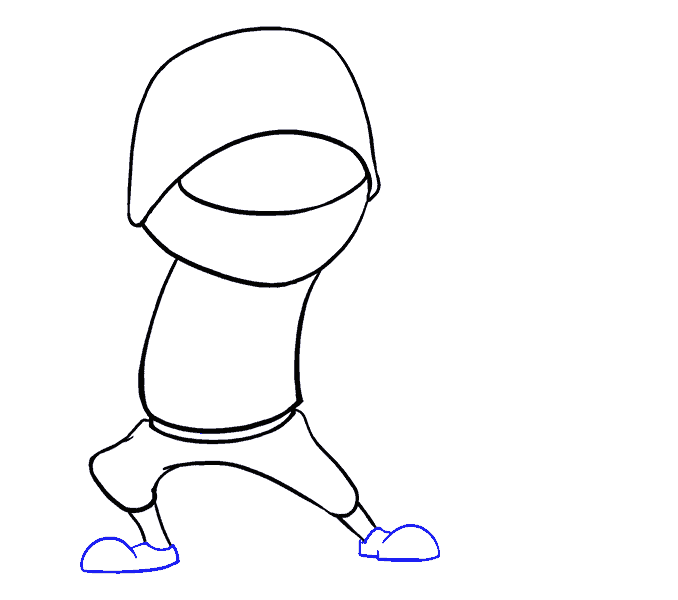 Below the parallel lines, draw the shoes. Each shoe consists of a series of curved lines. The bottom of the shoe should be relatively flat, with a rounded, overlapping curve on top of the toe. 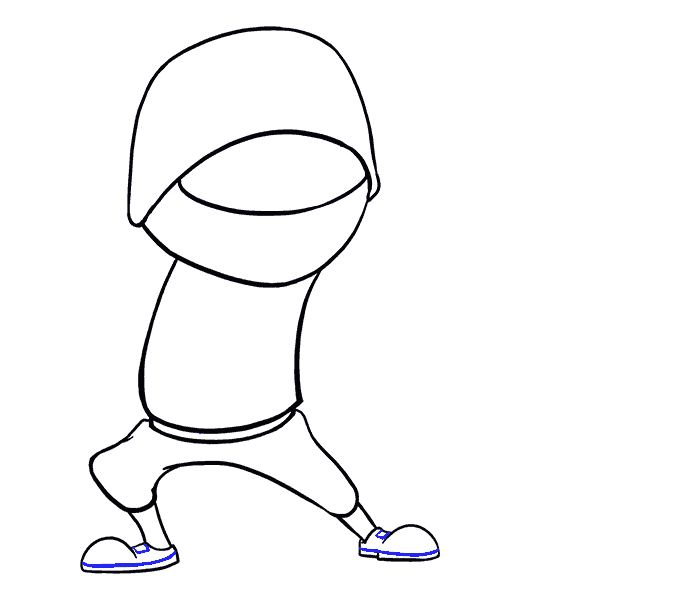 Draw a curved line across the bottom of each shoe to indicate the sole. Add detail to the top of the shoe by drawing a small rectangle. 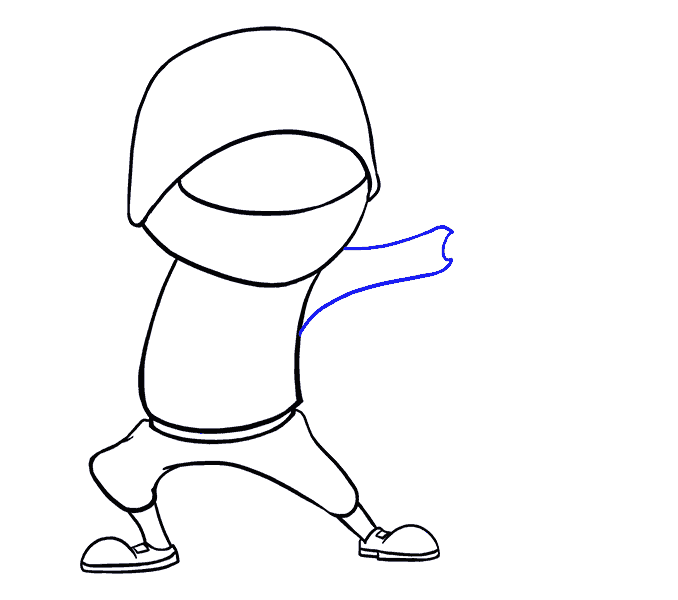 Extend two curved lines from the shoulder to form the arm. Connect the lines using a short, curved line. 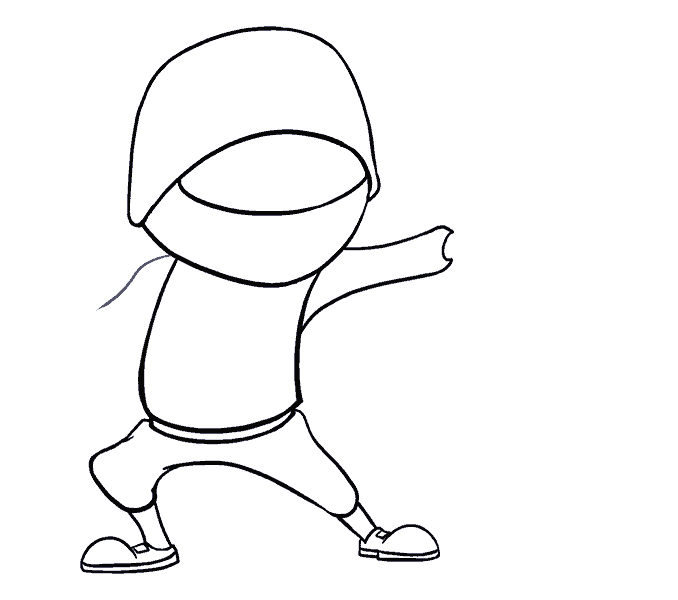 Extend a curved line from the opposite shoulder. 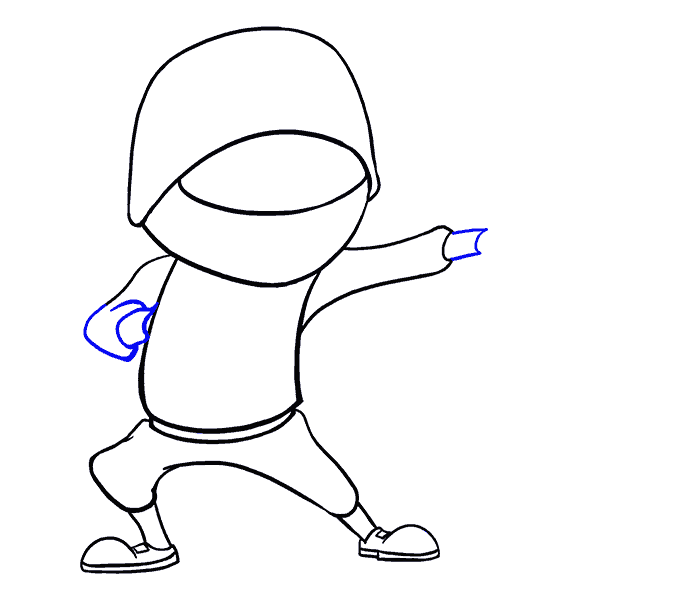 How to Draw Abs 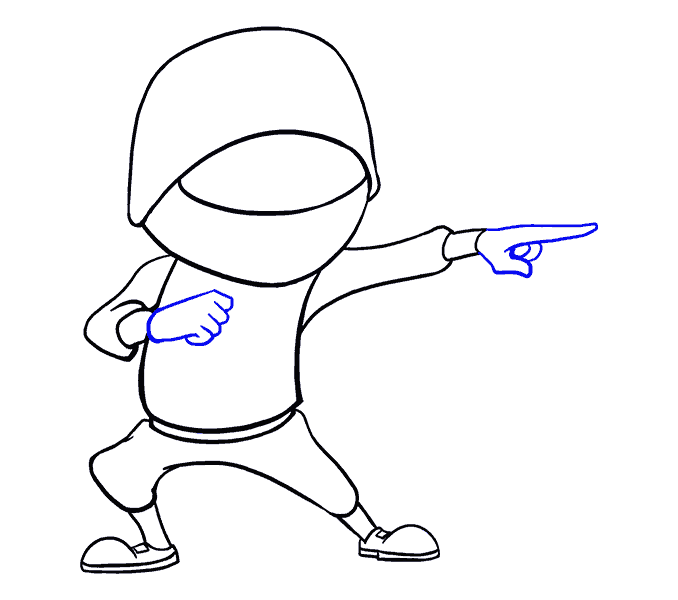 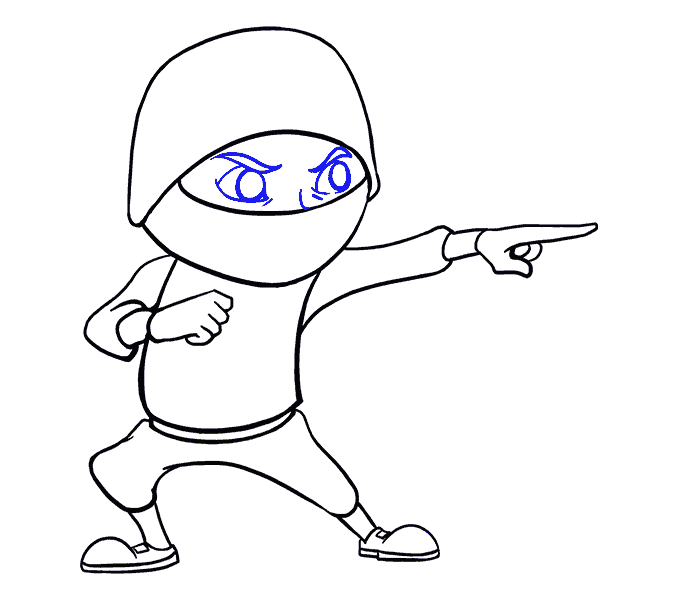 To draw the eyes, begin with two large teardrop shapes. Within each teardrop, draw a circle. Draw curved shapes above the eyes to form eyebrows. Draw a curved line to indicate the nose, and short lines to add detail under the eyes. 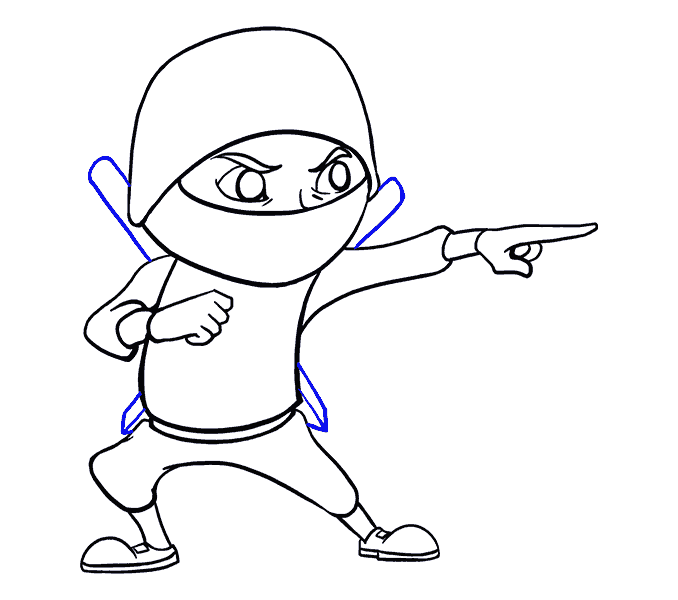 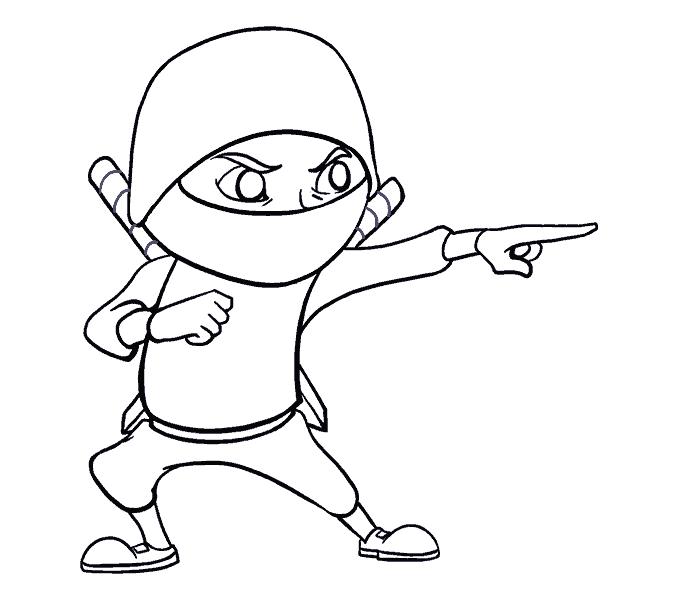 Draw short, curved lines across the handles of the swords. 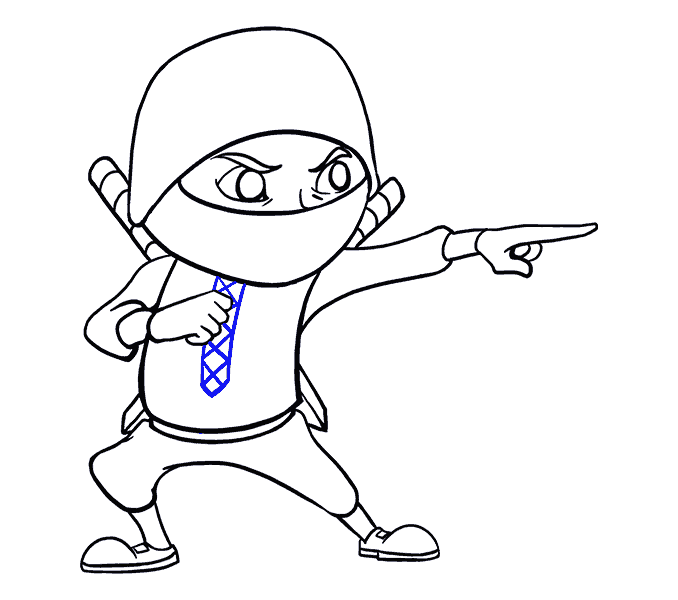 Add detail to the ninja's shirt. Draw parallel lines from the neck, downward across the stomach. Connect the lines using short lines that meet in a point. Then, draw an "X" pattern between the parallel lines. 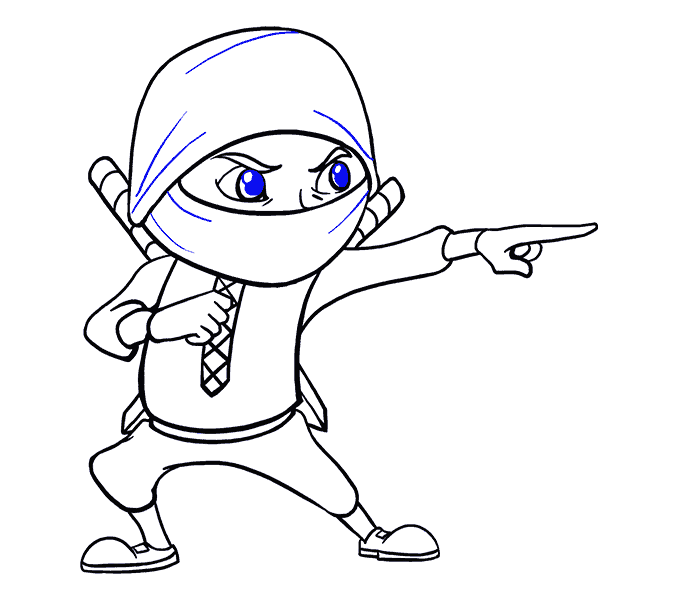 Shade the pupils of the eyes, leaving a small circle unshaded. Add the detail of fabric to the ninja's disguise using long, slightly curved lines. 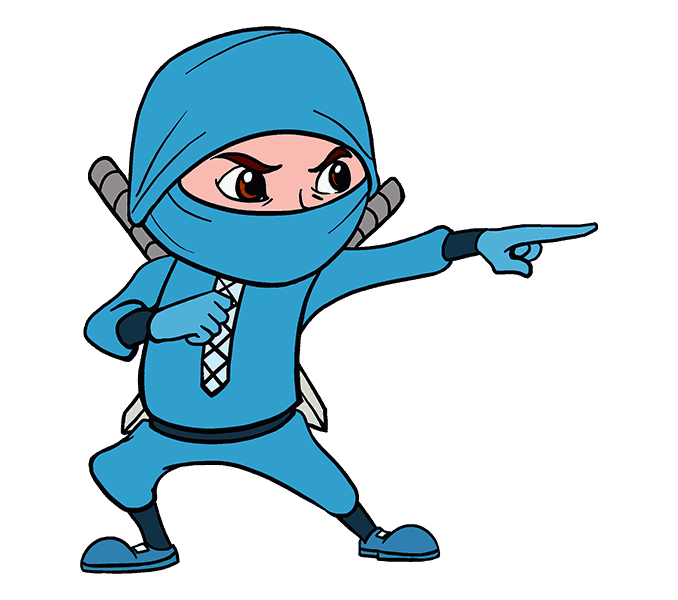