The Teenage Mutant Ninja Turtles, called TMNT or just Ninja Turtles for short, began as a comic book in 1984. The characters were a parody of others popular at the time, including Daredevil, New Mutants, and Ronin.

How did the Ninja Turtles come to be? The most common origin story is that the animals began to transform into a humanoid form after exposure to a glowing oose. They were trained by a mutant rat named Splinter, who acted as their adoptive father and sensei, or teacher.

Would you like to draw the face of a Teenage Mutant Ninja Turtle? This easy, step-by-step superhero drawing guide is here to save the day. All you will need is a pencil, an eraser, and a sheet of paper.

If you liked this tutorial, see also the following drawing guides: Cyclops from X-Men, Wolverine from X-Men, and Wonder Woman.

1. Begin by drawing a curved line. This will form the top of the Ninja Turtle's head.

2. Use a long, curved line to outline the cheeks and chin and to completely enclose the Ninja Turtle's face.

4. Extend two sets of curved lines from the knot, allowing each to meet at a point. These are the ends of the cloth mask. Indicate folds in the cloth by drawing short lines emerging from the knot.

5. Erase lines of the head from the outline of the mask.

6. Draw two circles inside the mask. These are the Ninja Turtle's eyes.

7. Draw a tiny circle within a small circle inside each of the eyes. Shade between them to form the pupils.

8. Draw a curved line to form the smiling mouth. Complete the smile with a short curved line on each side. 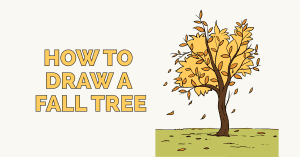 9. Draw a wide "U" shaped line below the smile, enclosing the open portion of the mouth. Draw a curved line across it to indicate the tongue.

Color your Ninja Turtle face. You can determine which Ninja Turtle you've drawn based on the color of his mask. Leonardo wears a blue mask, Michelangelo an orange mask, Donatello a purple mask, and Raphael a red mask.

You can draw more superhero friends and foes when you check out our assortment of cartoon and comics character drawing guides.