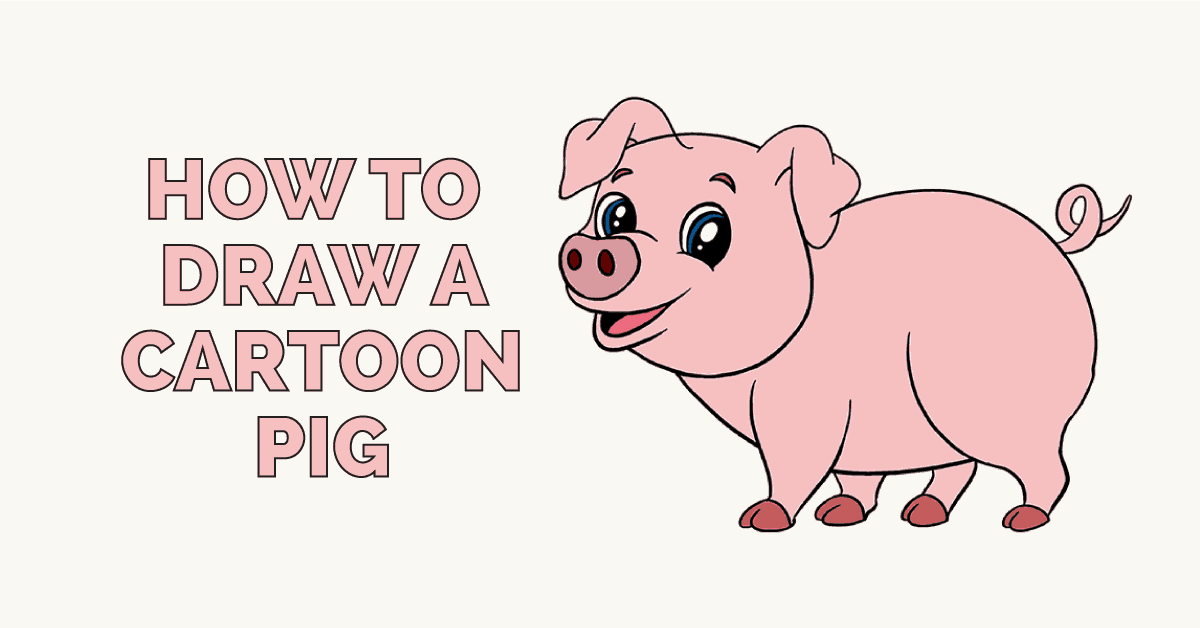 The lowly pig has played a role in human culture for millennia. The domestic pig was bred from the Eurasian wild boar thousands of years ago. Today, it can be found all around the world, and with a population of about one billion individuals, the pig is one of the most numerous large mammals.

References to the pig can be found in centuries old folklore, including the Chinese zodiac, the parable of the prodigal son, and such fairy tales as "The Three Little Pigs." Pigs played a large role in the social commentary Animal Farm (1945) by George Orwell, and its film adaptations. In modern popular culture, pigs have been immortalized as such cartoon characters as Porky Pig of the Looney Tunes and the British cartoon character, Peppa Pig.

Would you like to draw your very own cartoon pig? Using this step-by-step tutorial, all you will need is a pencil and a piece of paper.

In each step of this simple drawing guide, you will either draw the new lines, highlighted in blue, or erase guide lines drawn in a previous step. You may want to have an eraser handy for this purpose, as well as paints, crayons, markers, or colored pencils in order to shade your finished drawing. 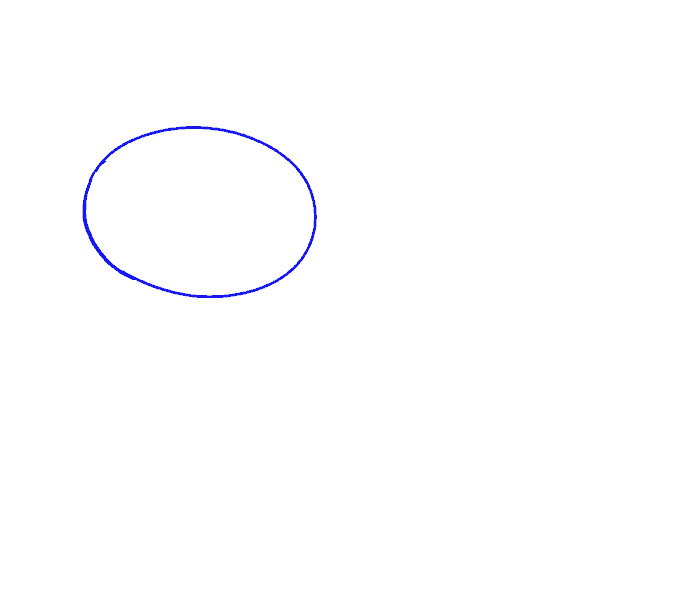 Begin by drawing a oval. This will form the pig's head. 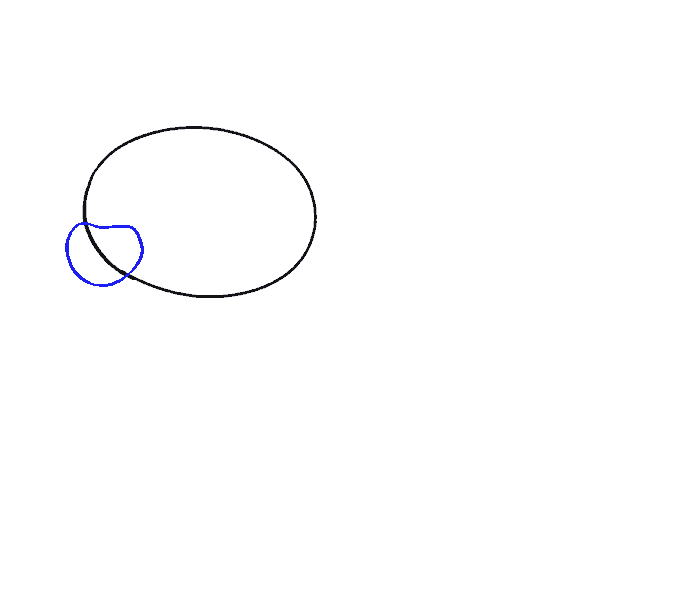 Overlapping the oval, draw an irregular enclosed figure, resembling a heart with a rounded bottom. This will form the pig's nose. 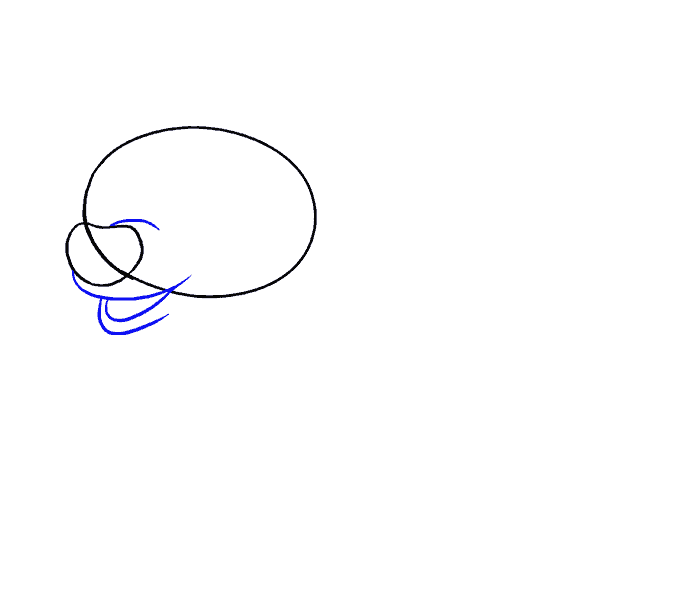 Draw a curved line from the top of the nose, and a longer curved line below it. Draw two "U" shaped lines below the longer line to form the open mouth. 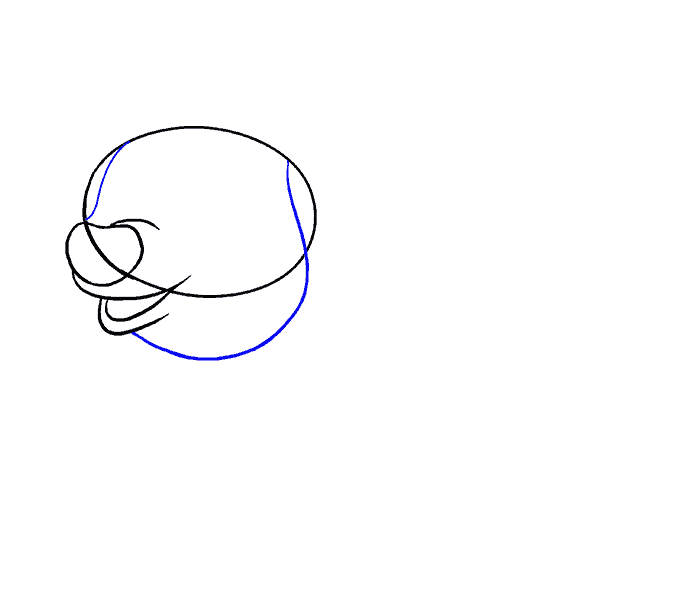 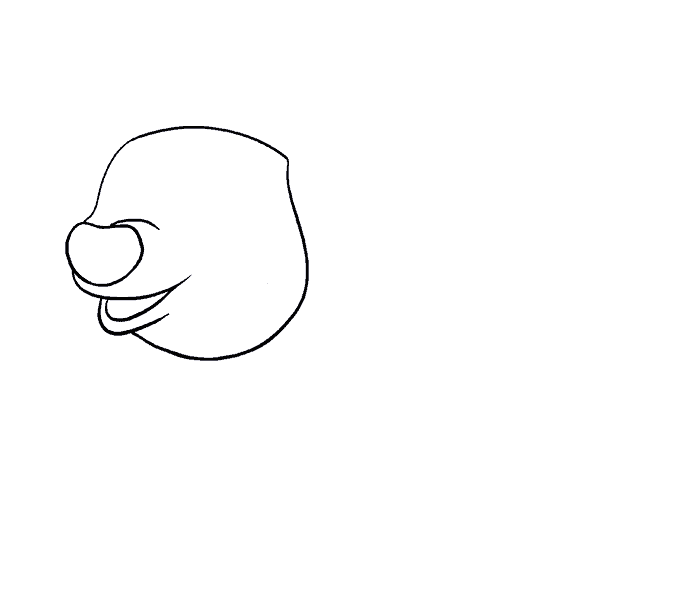 Erase the guide lines left from the oval. 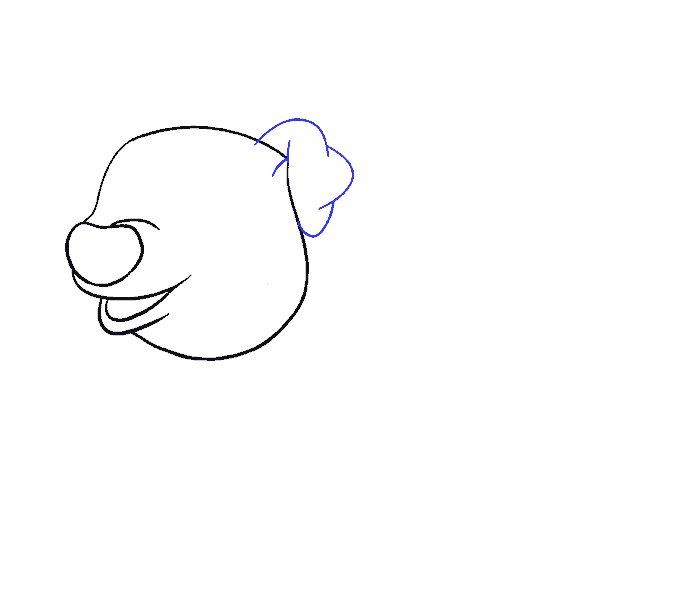 Draw the ear using a series of connected, "U" shaped lines. 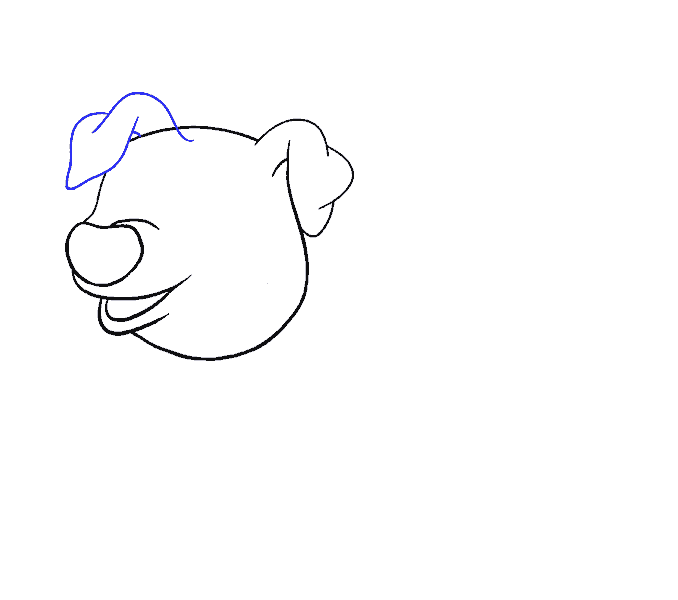 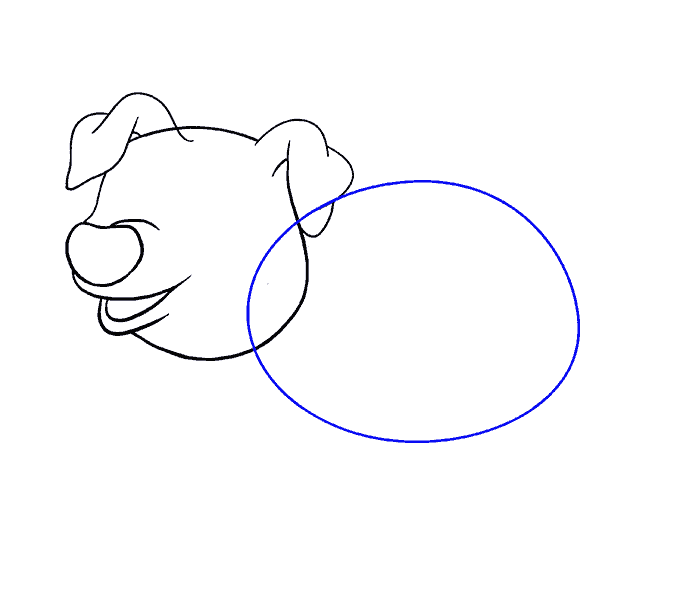 To form the body, draw a large oval overlapping the back of the head. 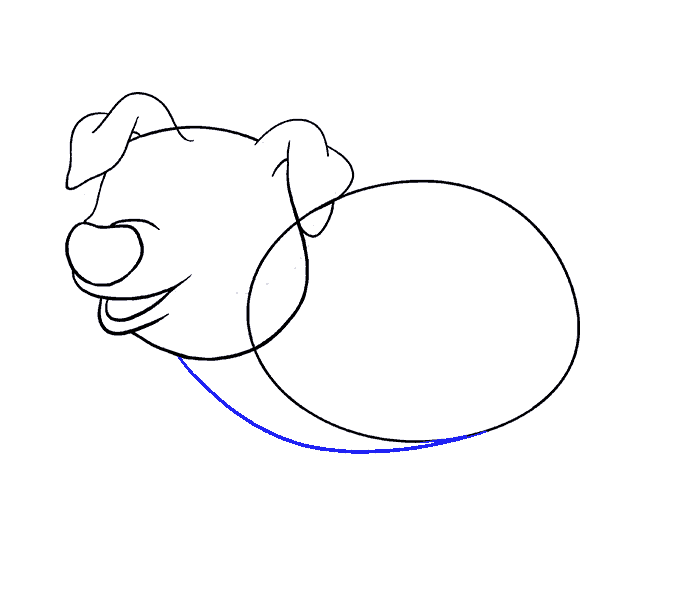 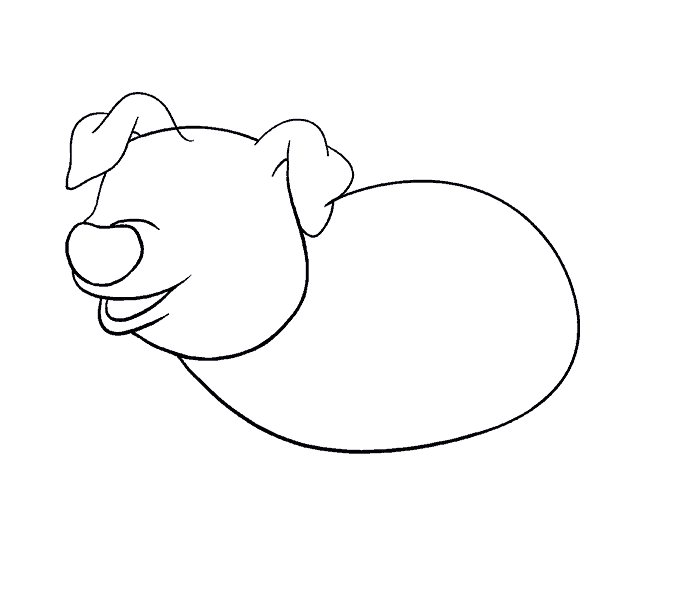 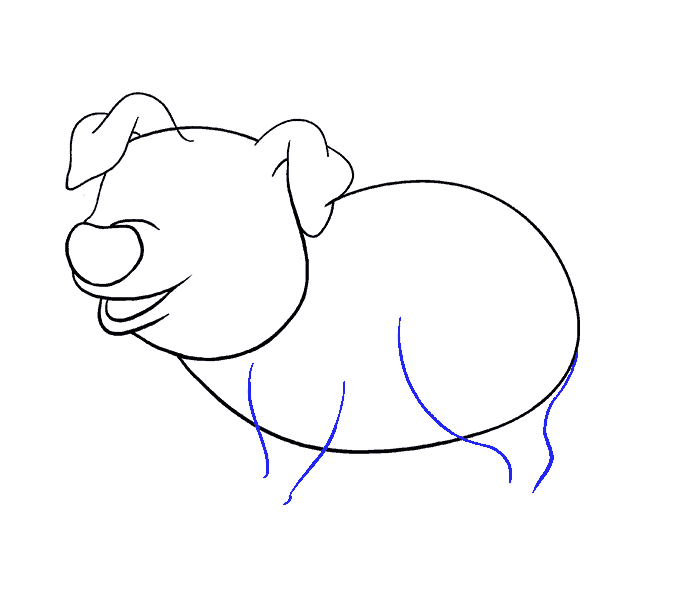 Outline the legs by drawing two sets of curved lines. In each set of lines, the lines should be farther apart at the top than at the bottom. 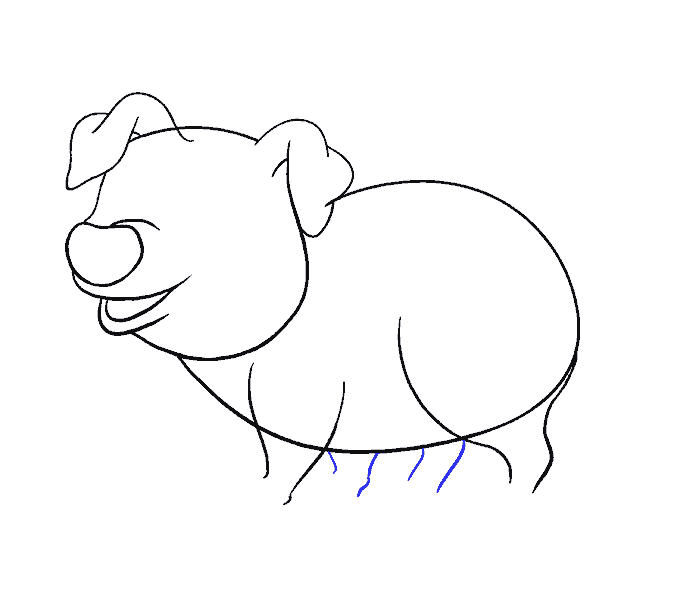 To form the far legs, draw two more sets of curved lines extending from the belly. 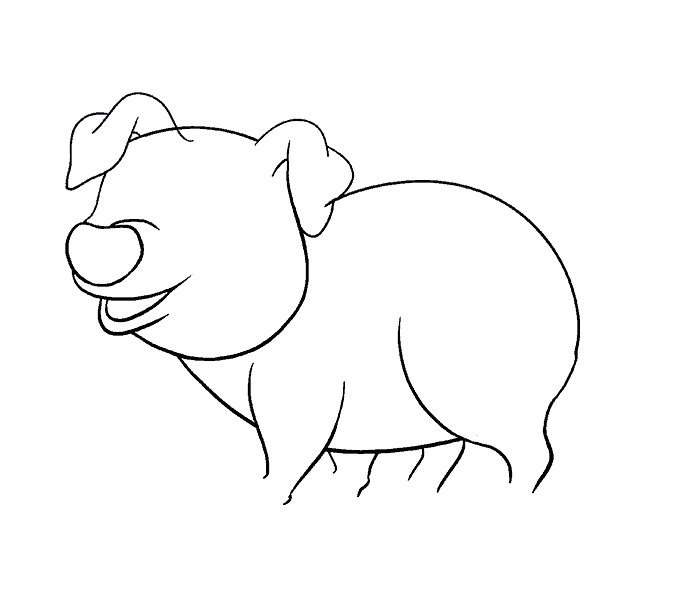 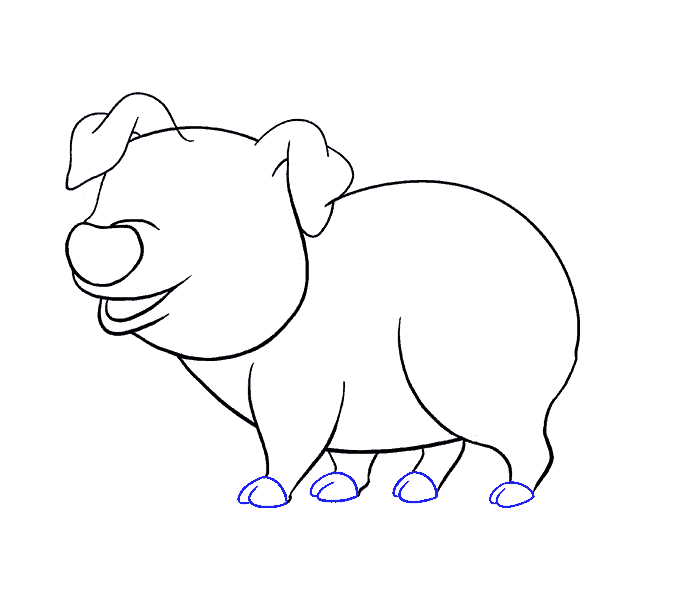 Connect each set of leg lines using a curved line, then use two "U" shaped lines to form the hooves. 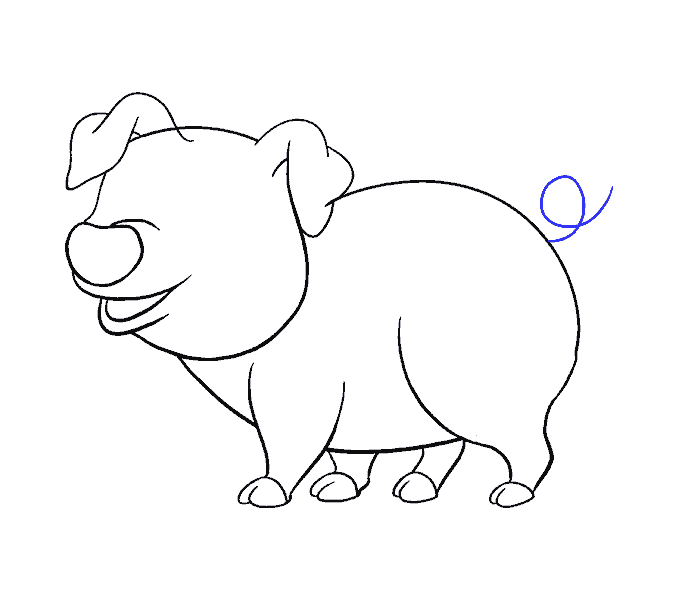 Draw a curly, overlapping spiral to form the tail. 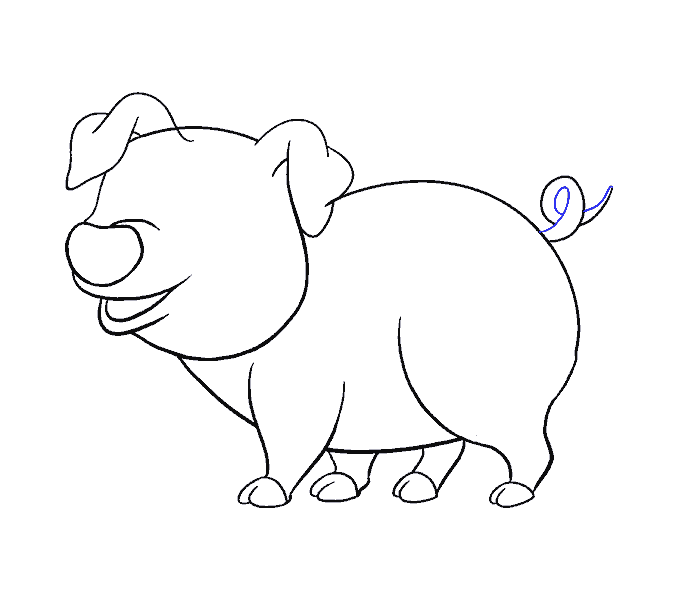 Draw another curly line parallel to the first, erasing overlapping lines as needed. 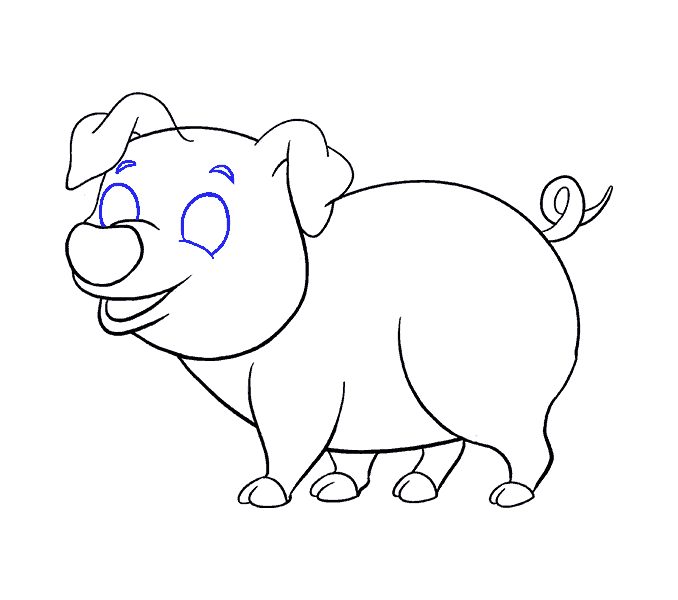 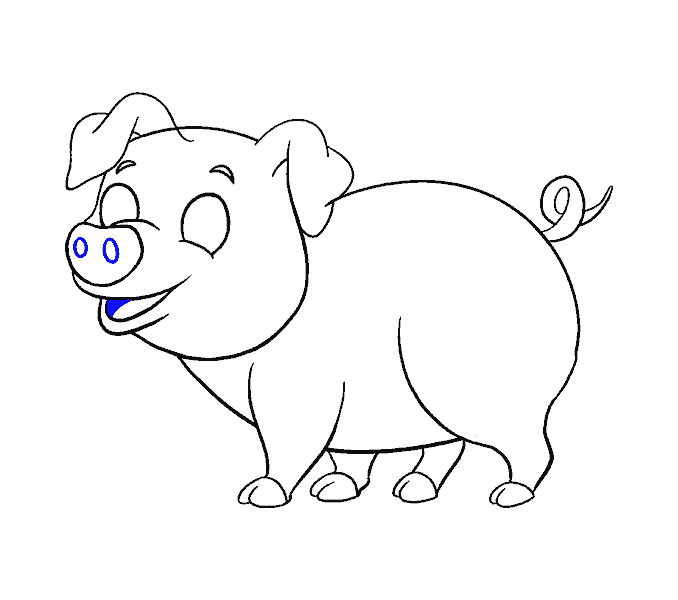 Draw two ovals on the nose to form nostrils. Draw a curved line through the mouth, and shade above it. 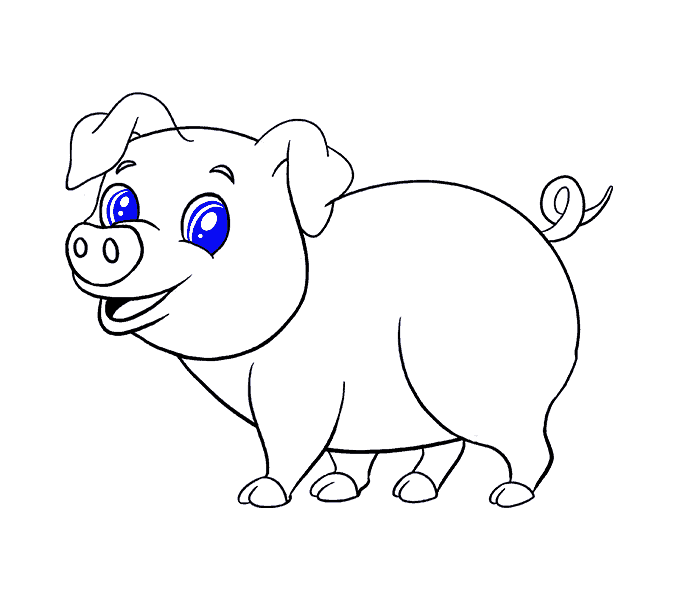 Draw two parallel, curved lines through each eye, and two small ovals beneath them. Shade the area around the ovals to form the pupil. 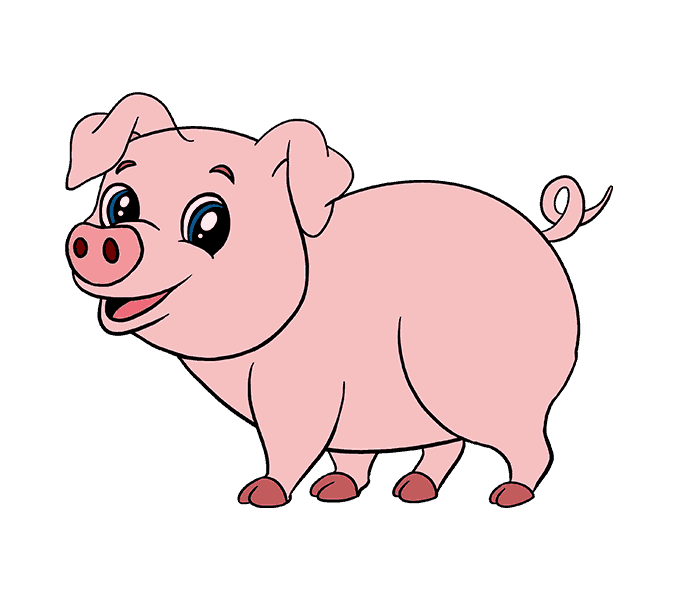 Color your pig. Many cartoon pigs are pink, but they may also be black, brown, white, or spotted.