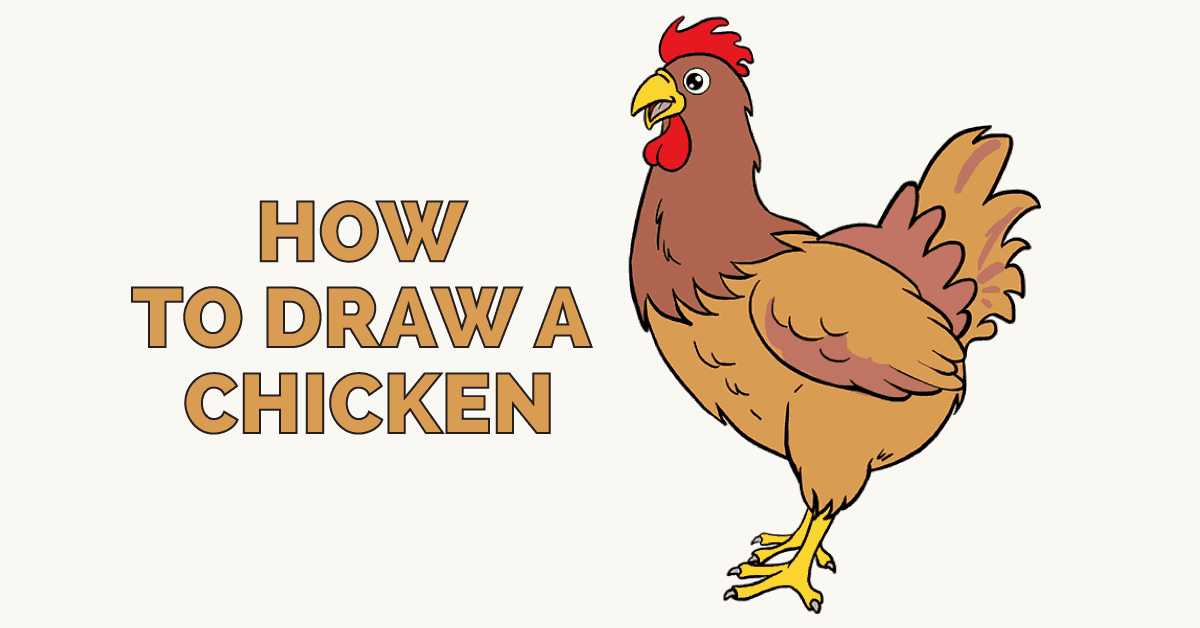 The chicken is one of the most widespread animals in the world. It was domesticated thousands of years ago from the red jungle fowl of Asia.

Ancient Egyptians called the chicken "the bird who gives birth every day." As of 2011, there were about 19 billion chickens spread throughout every country on earth.

It is no surprise, then, that such a well known animal would feature in our art and entertainment. Chickens have enjoyed starring roles in such animated films as Chicken Little (2005), and Chicken Run (2000).

Their supporting cast includes legends such as Looney Tunes' Foghorn Leghorn, and lesser known birds from Cow and Chicken and the various How to Train Your Dragon cartoon series.

If you would like to draw your own chicken, all you will need is a pencil, a piece of paper, and this easy, step-by-step drawing tutorial. Notice that in each step, new lines to be drawn are highlighted in blue.

You may also want to use an eraser to remove guide lines and correct mistakes. Use crayons, paints, colored pencils, or markers to shade your finished drawing.

If you liked this tutorial, see also the following drawing guides: Peacock, Chicken Dinner, and Duck.

Step-by-Step Instructions for Drawing a Chicken 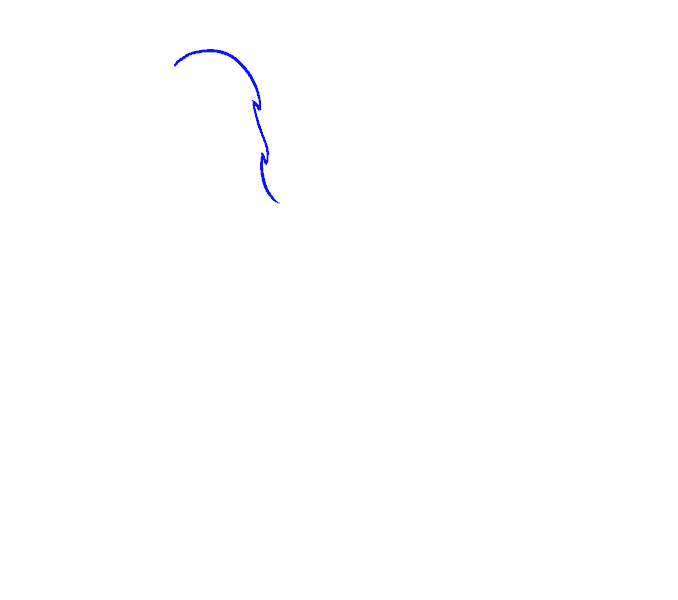 Begin by drawing a series of long and short curved lines. Allow the short lines to double back and meet the longer lines at jagged points, giving the impression of ruffled feathers. These lines form the top of the chicken's head and the back of the neck. 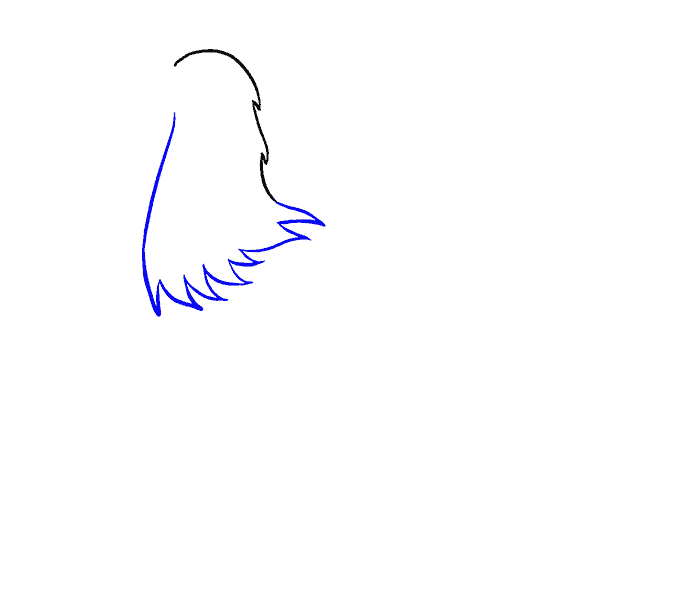 Draw a long, curved line to form the front of the neck. Then, use a series of curved lines meeting in jagged points to connect this line to the back of the neck. 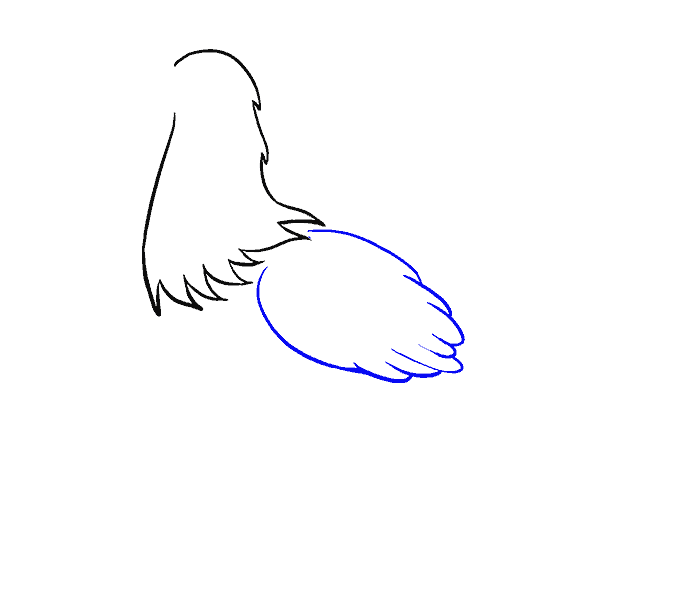 Draw the wing. Begin by drawing two curved lines. Between the lines, draw the wing feathers by overlapping elongated "U" shaped lines. 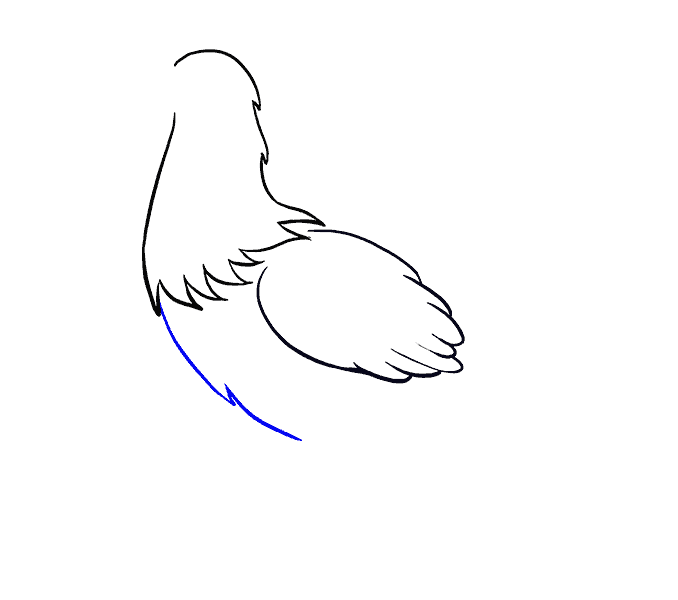 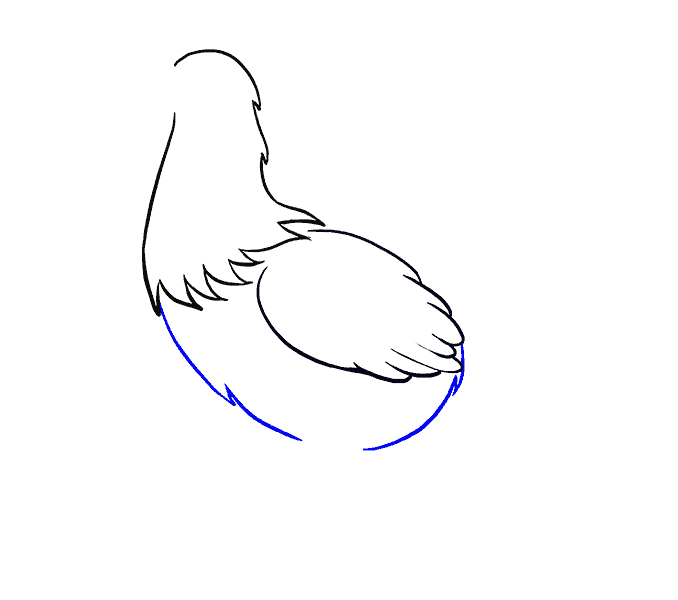 Draw another series of curved lines, complete with a jagged point, extending from the wingtip. You have now outlined the shape of the chicken's body. 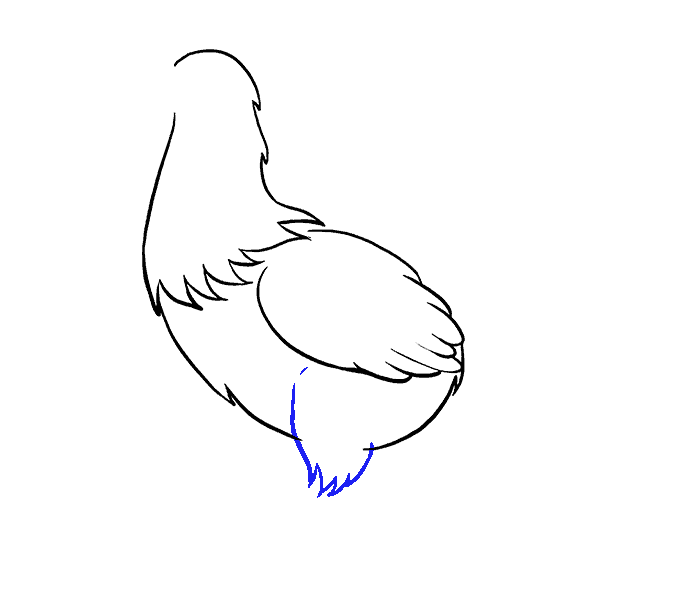 Draw the upper portion of the leg using curved lines. Connect the lines with a series of curved lines that meet in jagged points, implying the presence of feathers. 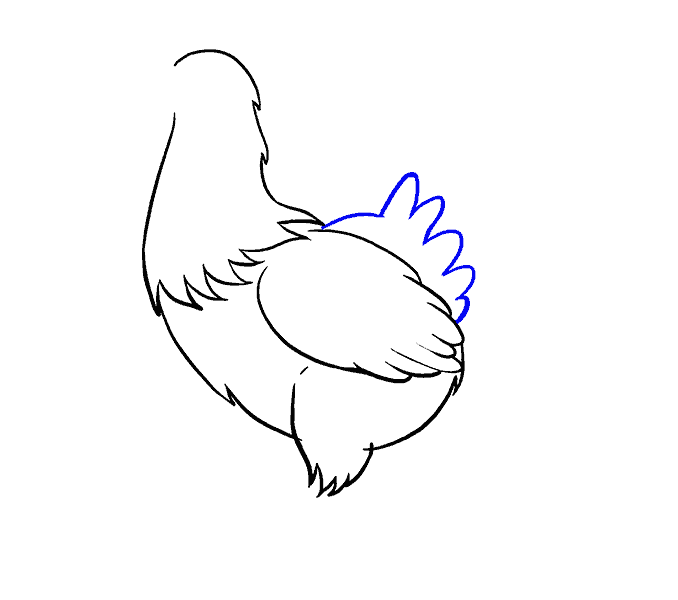 Draw the tail by extending a curved line from above the wing. Then, draw a series of upside down "U" shaped lines to indicate the tail feathers. 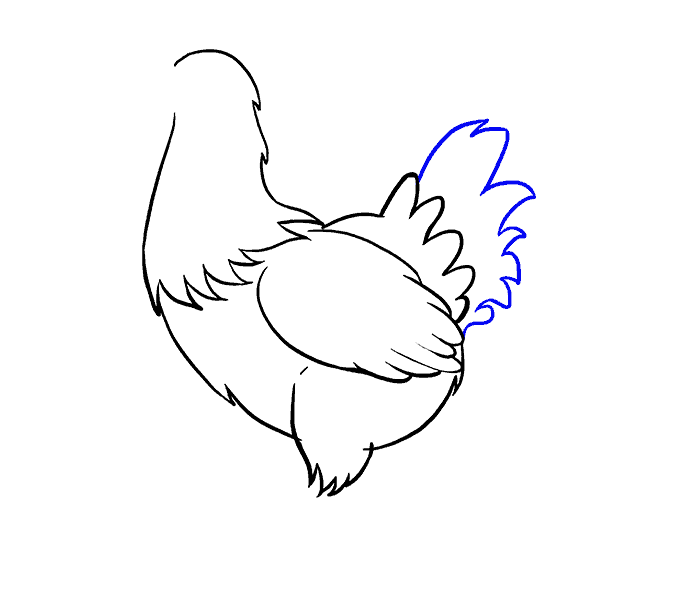 Draw more tail feathers extending beyond the first. Use curved lines, allowing them to meet in various ways, some at pointed angles and some rounded. 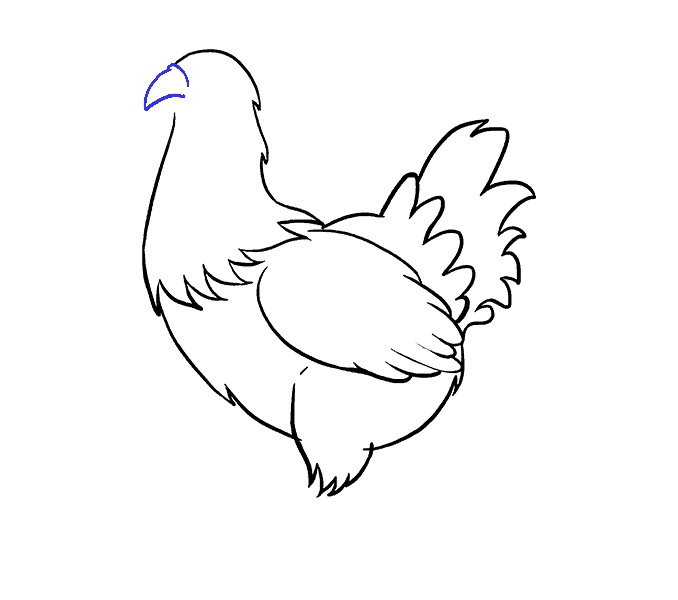 Draw the beak. Extend two curved lines from the head, meeting in a sharp point. Complete the curved triangle with a curved line, leaving a gap between the lines at the bottom corner. 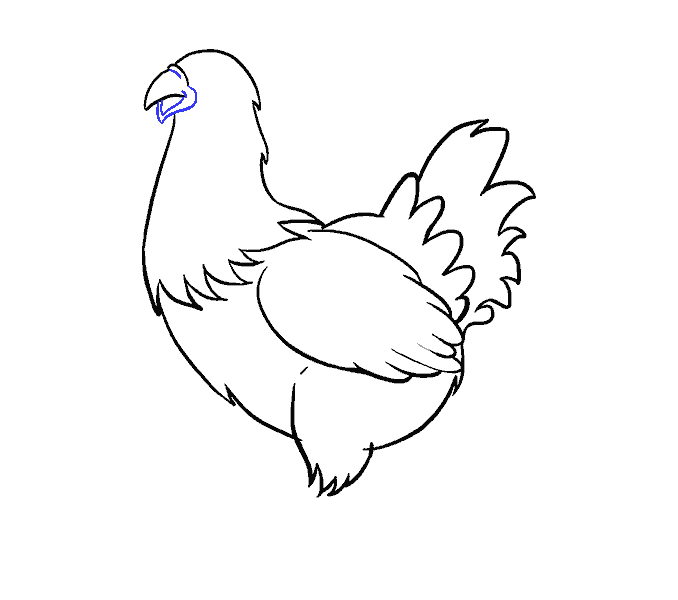 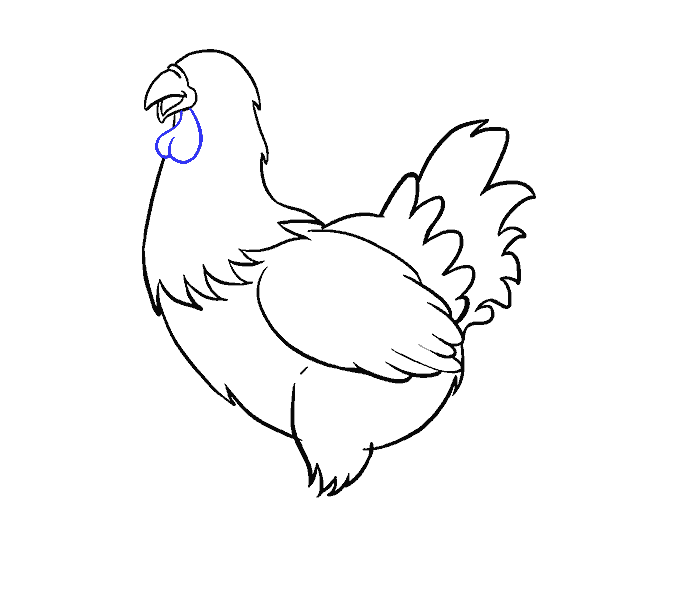 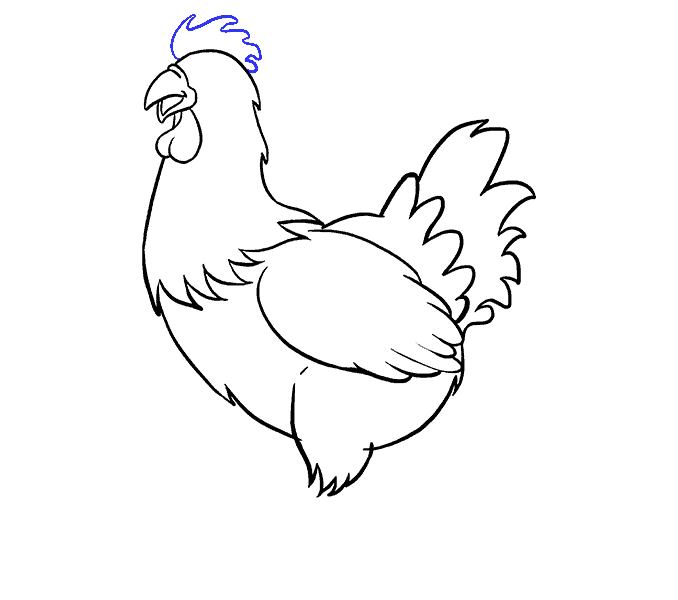 Draw the comb atop the chicken's head using a long, wavy, curved line. 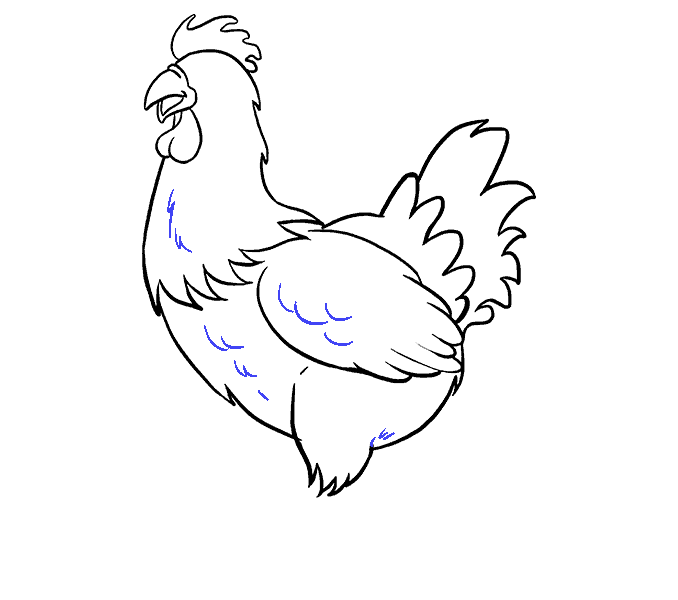 Use short, curved lines to add texture and the detail of feathers to the chicken's neck, body, and wing. 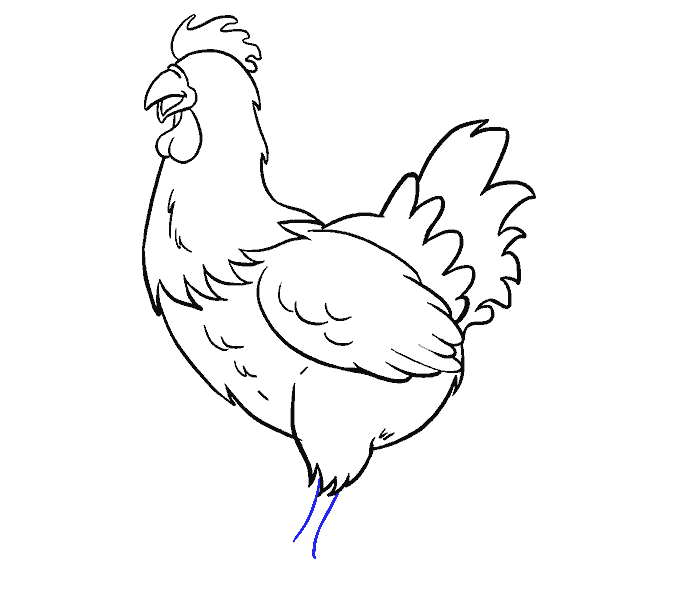 Draw the lower leg by extending a pair of lines from the upper leg. 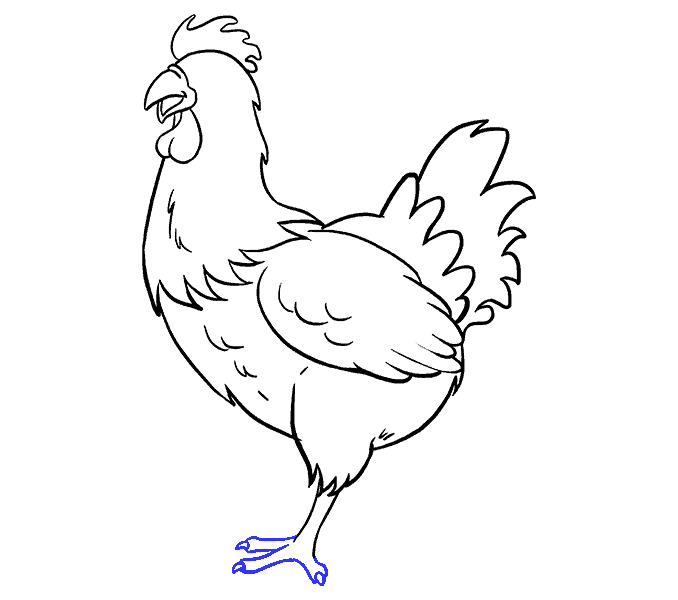 Draw the foot. For each toe, extend a pair of lines, and connect the lines using a short, curved line. Enclose a triangular shape at the end of each toe to form the claw. 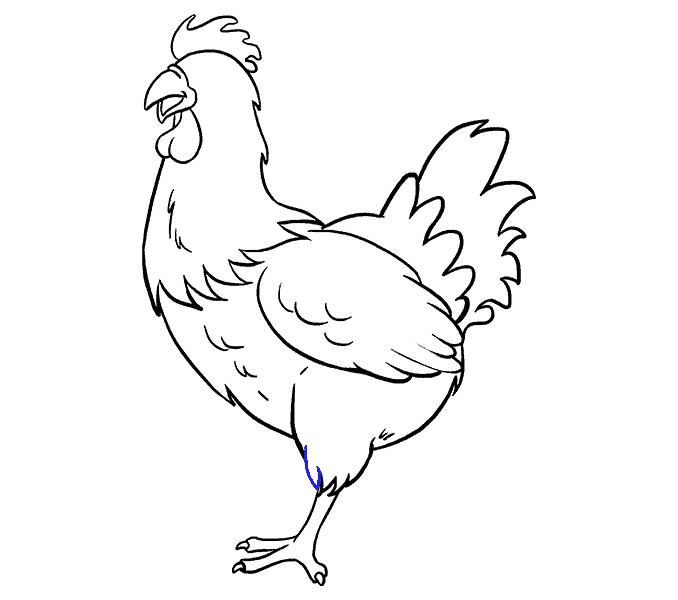 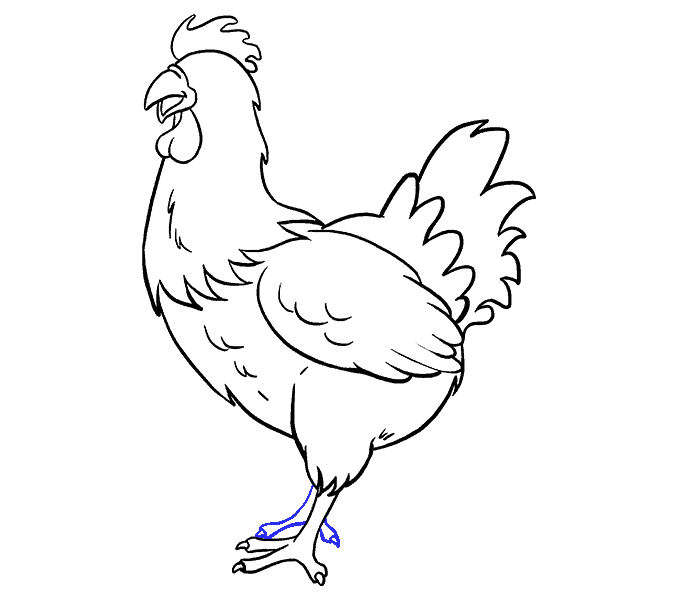 Draw the other foot using a similar method to the first. 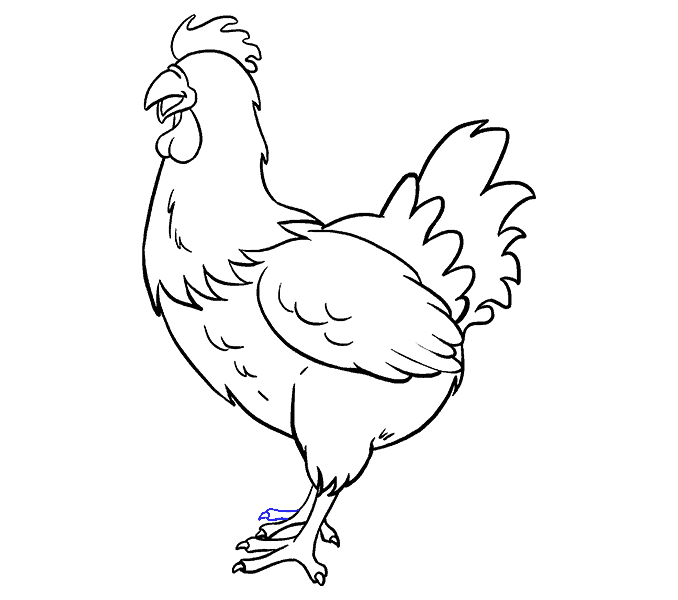 Complete the foot by drawing the far toe, including the triangular claw. 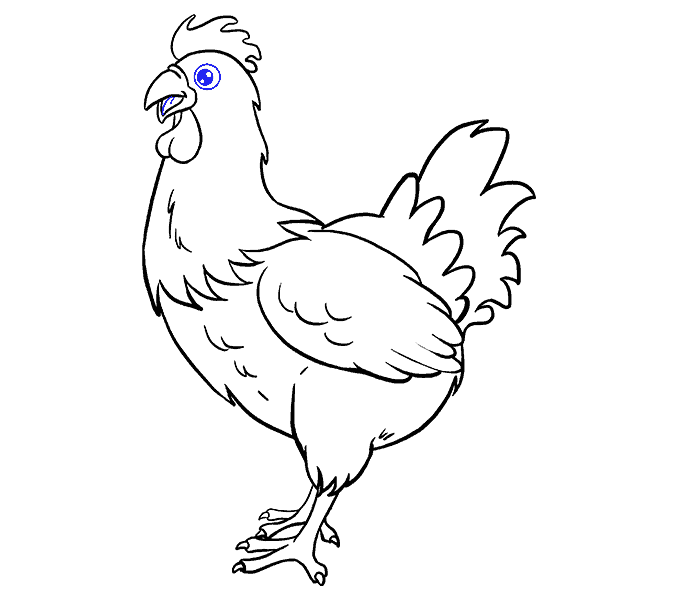 Draw short, curved lines within the mouth to indicate the tongue. Draw a circle to outline the eye. Draw another circle to form the pupil. Within the pupil, add sparkle to the eye by drawing two tiny circles. Shade the pupil. 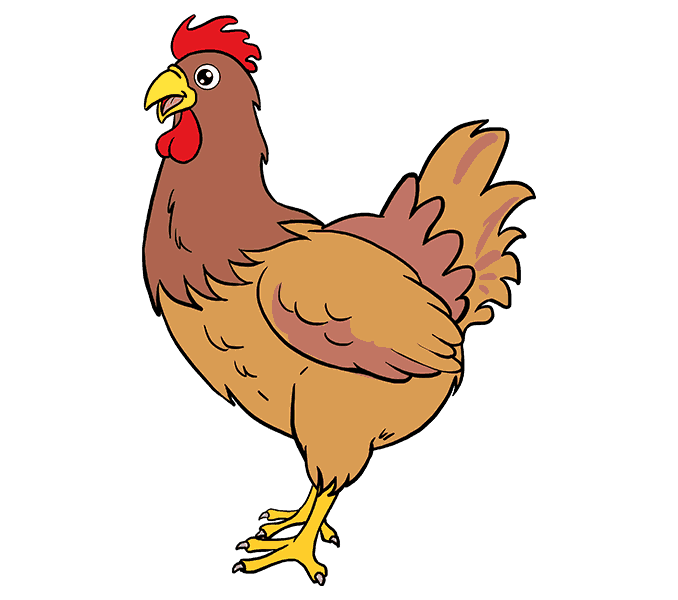 Color your chicken. In our example, the chicken is brown with a red comb and wattle. Chickens come in many colors and patterns, however, so be creative. Some chickens are spotted, striped, or have a checkerboard pattern. They may have feathers of white, black, orange, or even purple, blue, and green!