Skip to content
Easy Drawing Guides > cartoon, easy, halloween, other, scary > How to Draw a Ghost 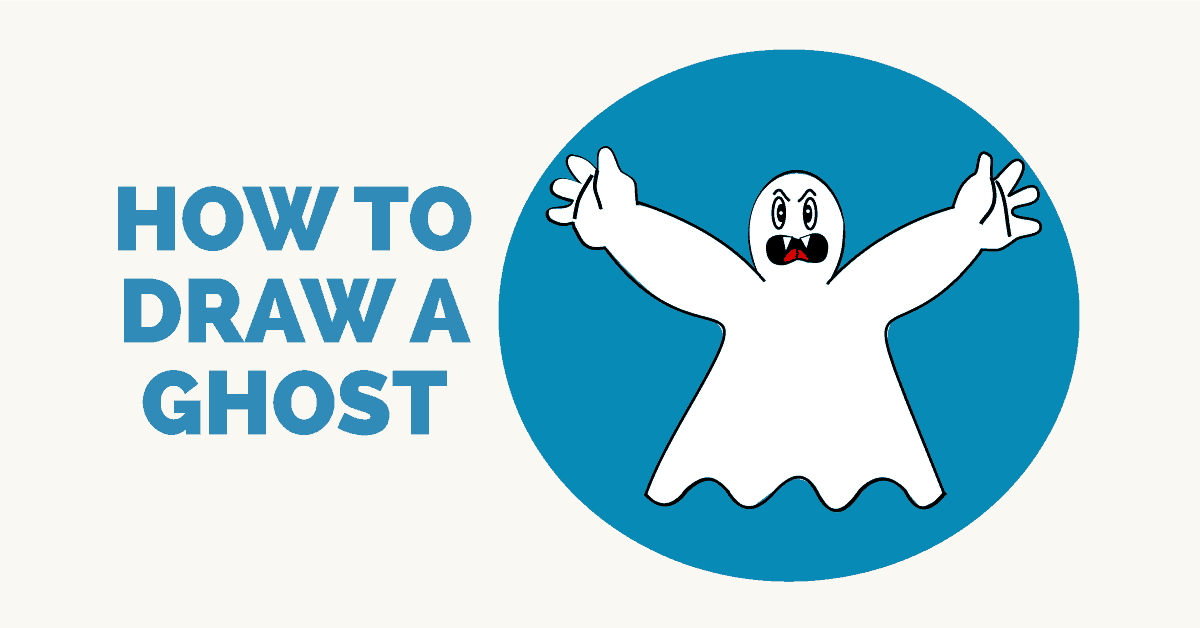 The Encyclopedia Britannica describes the ghost as the " soul or spectre of a dead person, usually believed to inhabit the netherworld and to be capable of returning in some form to the world of the living." Their appearance is said to be "as a living being or as a nebulous likeness of the deceased."

Ghost stories have been a part of popular culture for millenniums. This is due in large part to religious traditions that involved a spirit or soul surviving the death of the body. Ghosts, therefore, became associated with graveyards and the houses where people died.

In modern media, a number of ghosts have become famous. These include the Pac-Man ghosts, Blinky, Pinky, Inky, and Clyde; the green ghosts from the Ghostbusters franchise; and Casper the Friendly Ghost.

The term "ghost" is used in popular culture in other ways, too. For example, to "ghost" someone is to ignore them, not responding to their calls, messages, or invitations.

Boo! Let's draw a grimacing cartoon ghost. All you'll need is a pencil, an eraser, and a sheet of paper. Follow the step-by-step instructions in this easy cartoon drawing tutorial to complete your ghastly drawing.

If you liked this tutorial, see also the following drawing guides: Jack Skellington, Skull, and Skeleton.

Step-by-Step Instructions for Drawing a Ghost 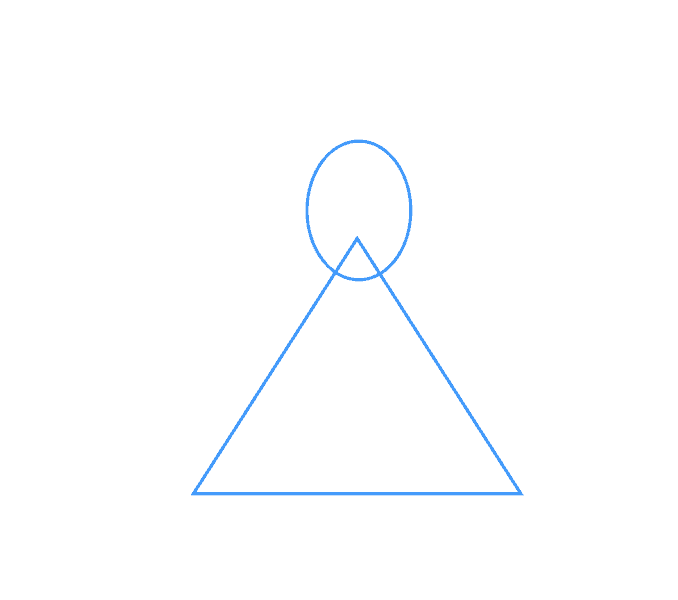 1. Begin by drawing an oval that overlaps the top of a large triangle. This outlines the ghost’s head and body. 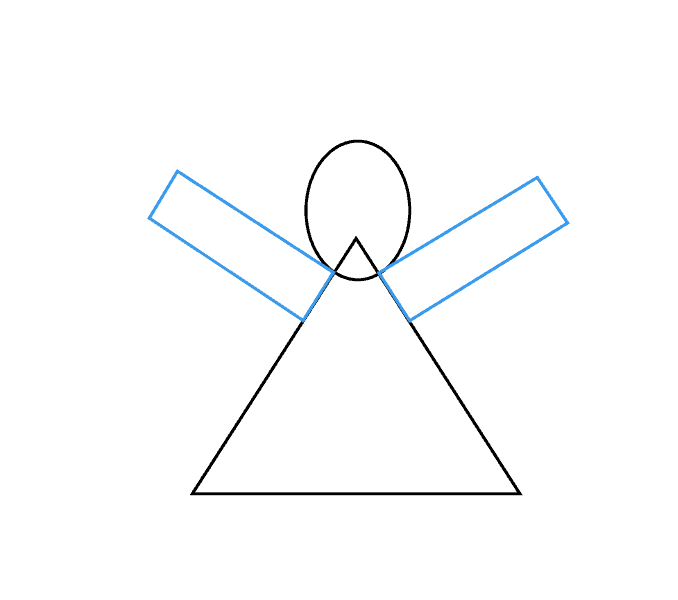 2. Draw narrow diagonal rectangles protruding from the sides of the triangle. These form the creature’s arms. 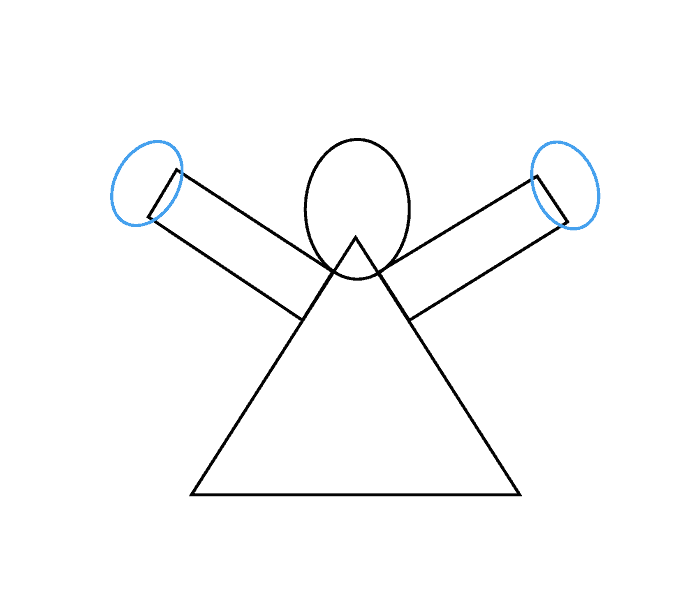 3. Draw an oval overlapping the end of each rectangle. This outlines the hands. 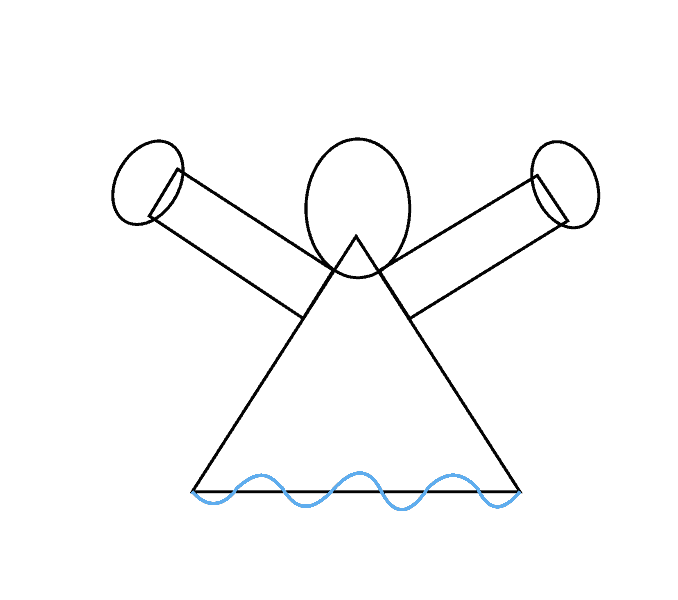 4. Draw a curved, wavy line overlapping the bottom of the triangle.

How to Draw a Slime 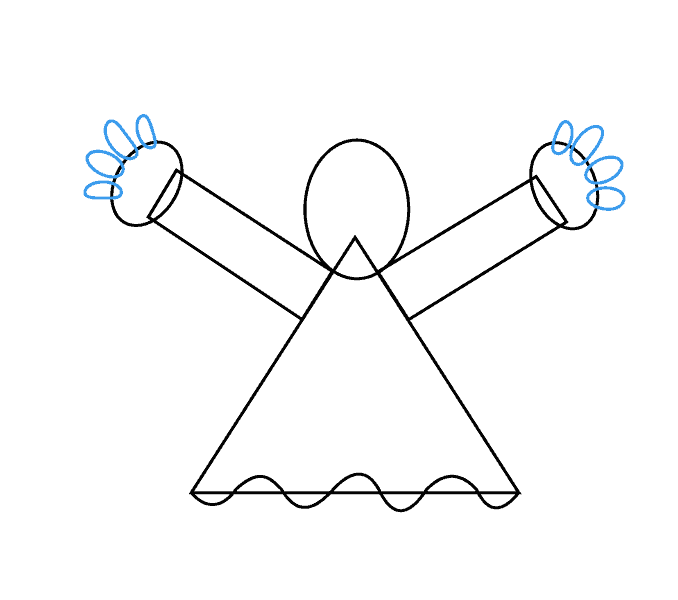 5. Draw irregular oval shapes overlapping the small ovals of the hands. These will become the fingers. 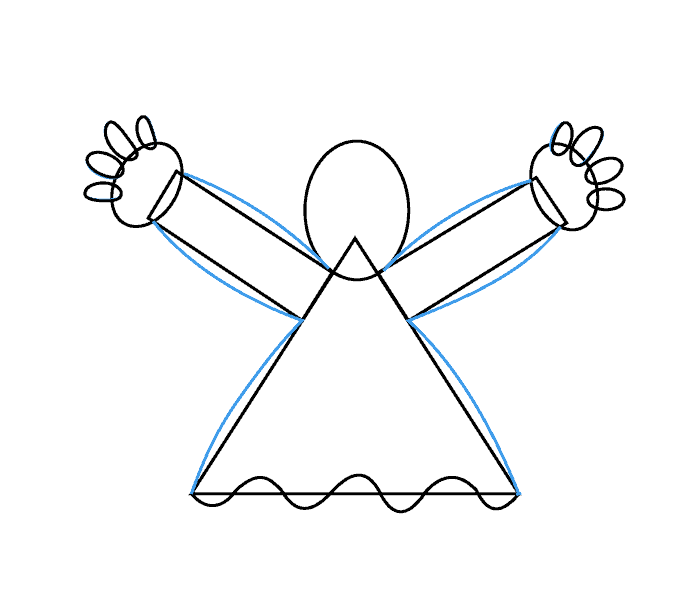 6. Draw curved lines around the edges of the arms and the triangle. This gives a nebulous form to the character’s arms and body. 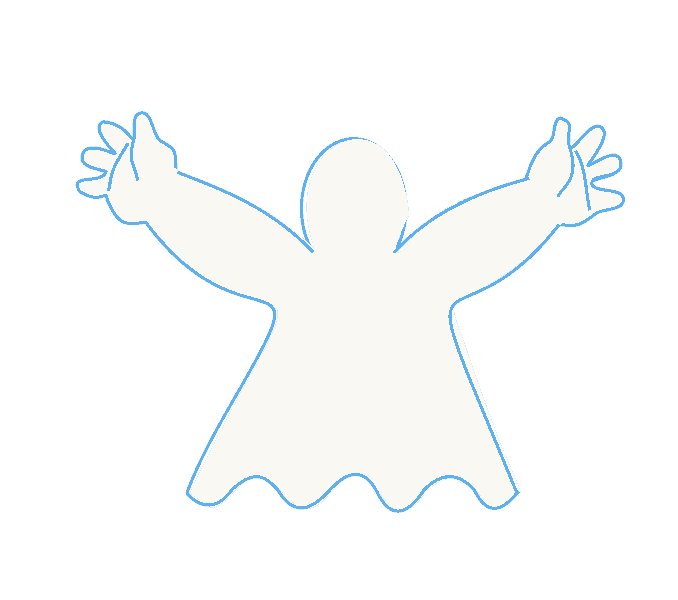 7. Erase the guide lines of the original ovals, triangle, and rectangles, leaving a clean outline of the character. Then, draw curved lines to detail the palms of the hand and the thumbs. 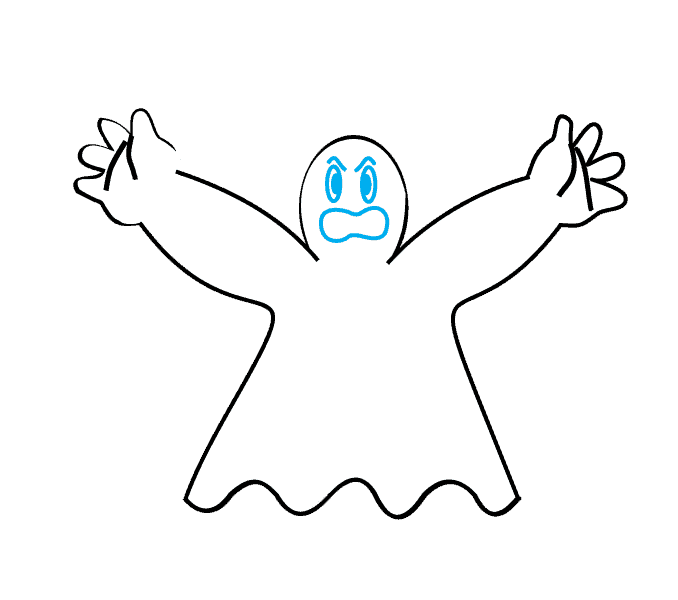 8. Draw the face. For each eye, draw a narrow oval with a smaller oval inside it. Shade the smaller oval to indicate the pupil. Draw a curved line to form the eyebrow above each eye, and use curved lines to outline the peanut-shaped mouth. 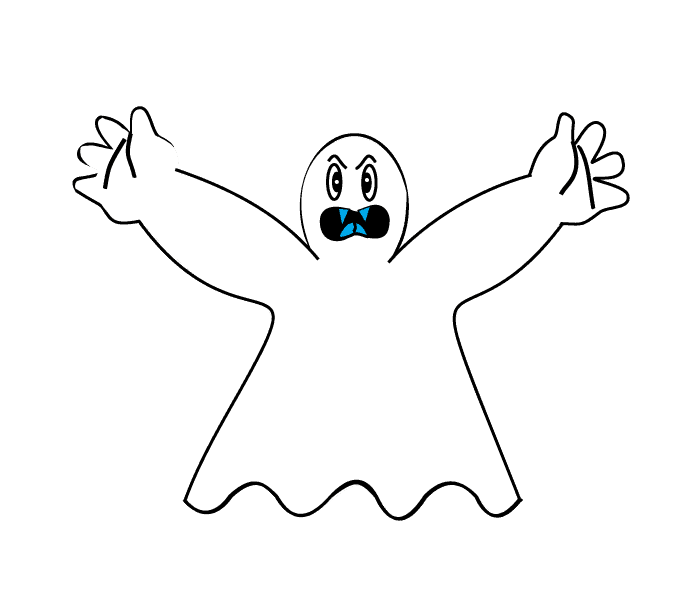 9. Draw small triangles within the mouth to form the teeth or fangs, and a curved line to outline the tongue. Shade the remainder of the open mouth. 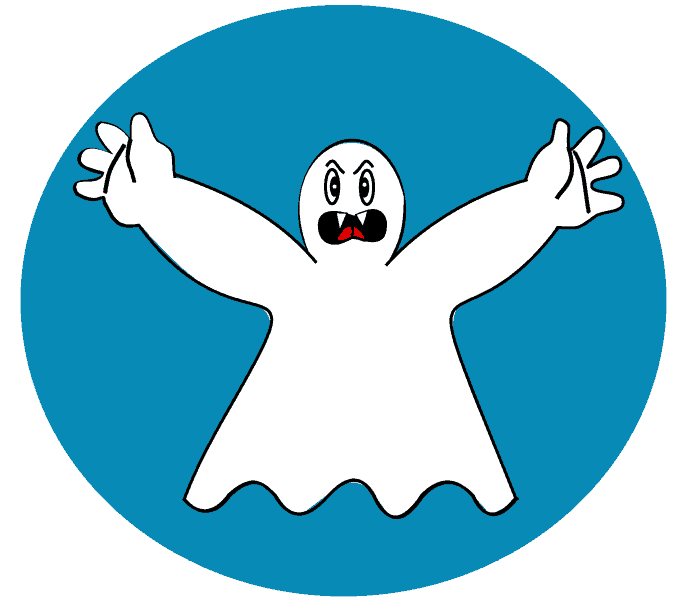 10. Color your cartoon. Ghosts are generally portrayed as white in color, but they are sometimes blue or green. We’ve drawn a blue circle around the ghost in our illustration to make him stand out from the white background.