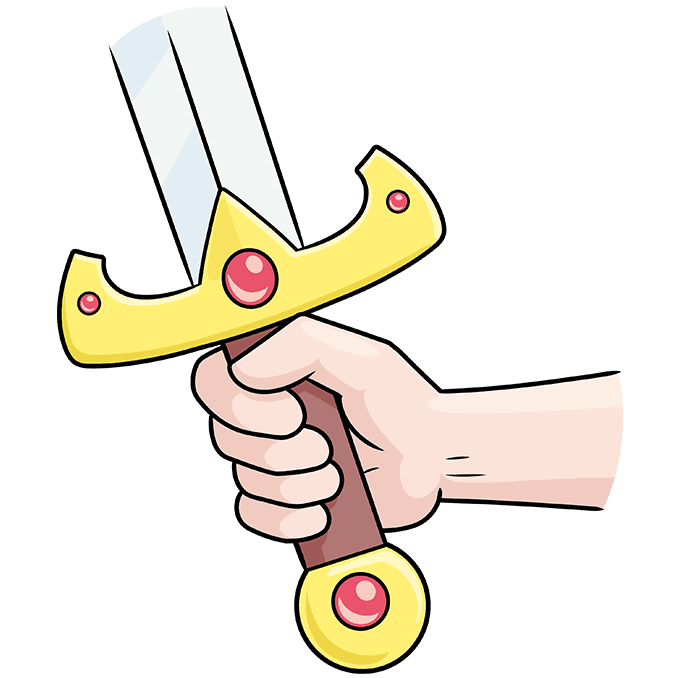 "A legend is sung of when England was young,
And Knights were brave and bold.
The good King had died, and no one could decide
Who was rightful heir to the Throne.
It seemed that the land would be torn by war,
Or saved by a miracle alone —
And that miracle appeared in London town:
The Sword in the Stone."
- Theme song, The Sword in the Stone

The sword is one of the most famous hand weapons in history. Though their exact designs differed according to time and place, swords were used for thousands of years.

Each sword consists of a blade, longer than that of a dagger, attached to a handle with a guard to protect the hand.

Knights in shining armor are often depicted as wielding a sword. In modern media, the European Middle Ages are portrayed as rife with swordsmanship.

One example is the legend of Excalibur, in which the Medieval King Arthur ascends to the throne after effortlessly pulling a sword from a stone, indicating that he is the divinely appointed king. This tale was adapted into a 1963 Disney film.

Today, swords, just like axes, are typically not used for fighting or warfare. Some military or government officials may carry ceremonial or symbolic swords.

Special swords are used in the sport of fencing, and replica swords are sought after by collectors and cosplay enthusiasts.

Would you like to draw a cartoon of a hand holding a sword? This easy, step-by-step cartoon sword drawing tutorial is here to show you how.

All you will need is a pen or pencil and a sheet of paper. You may also wish to color your finished drawing.

If you liked this tutorial, see also the following drawing guides: Knight, Sword, and Knife. 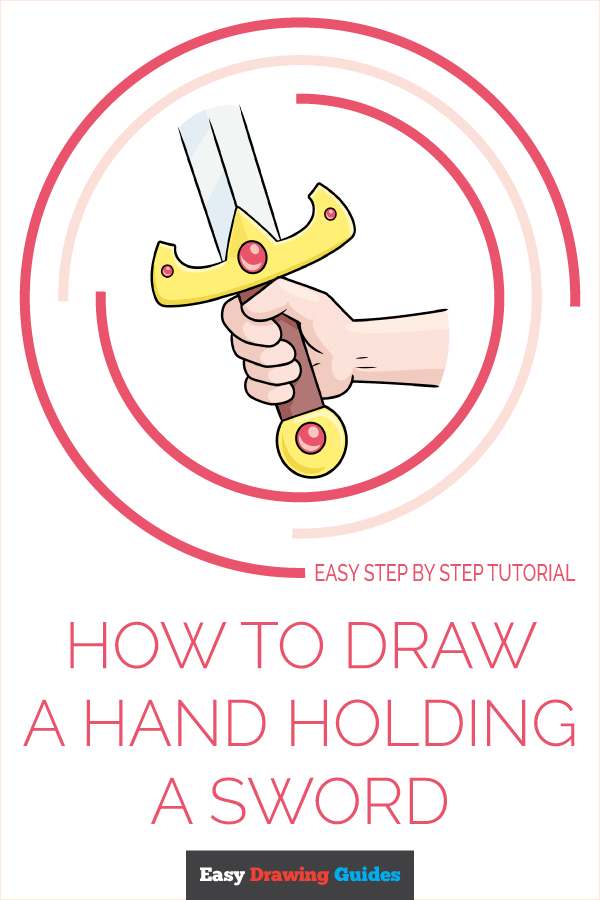 Step-by-Step Instructions for Drawing a Hand Holding a Sword 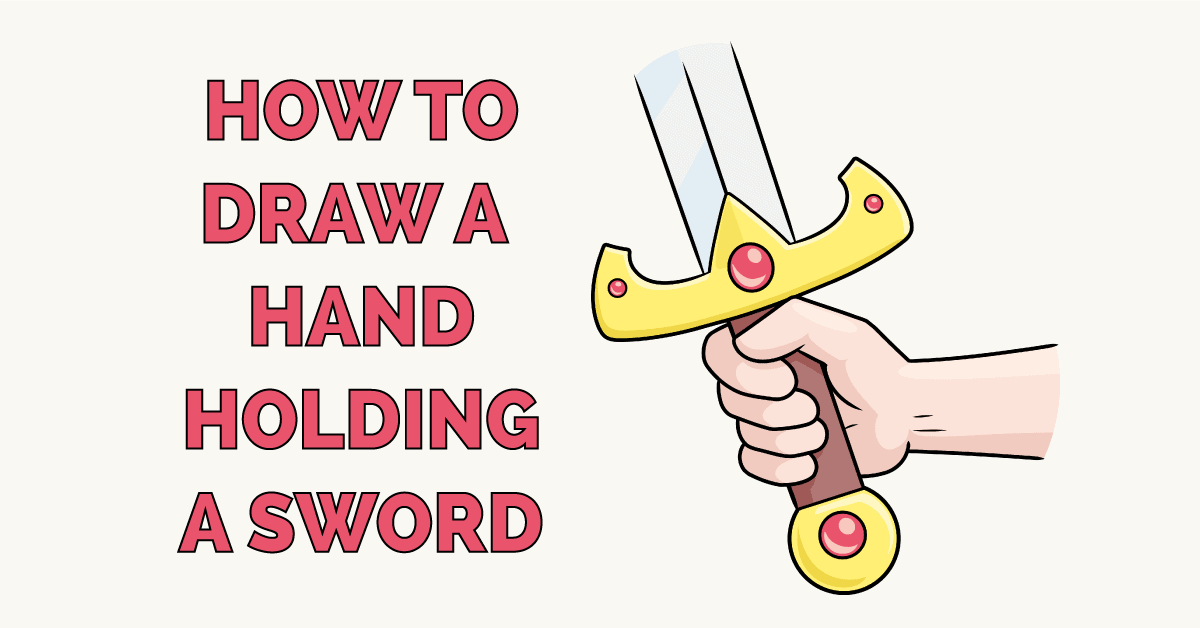 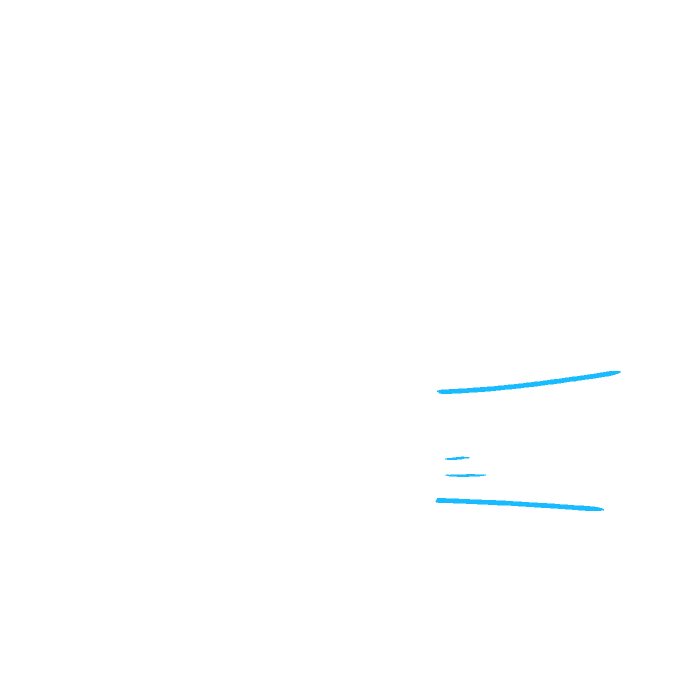 1. Begin by sketching the arm. Use two horizontal curved lines to outline the top and bottom of the arm. Detail the tendons of the arm with a pair of short lines. 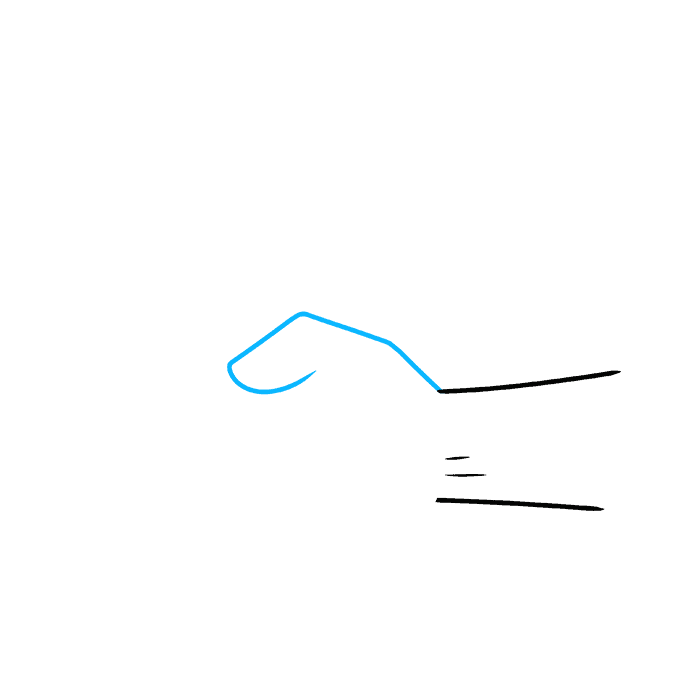 2. Next, draw the thumb. Use a series of curved lines to trace the side of the hand, the back of the first joint, the top of the second joint, and the fingertip. 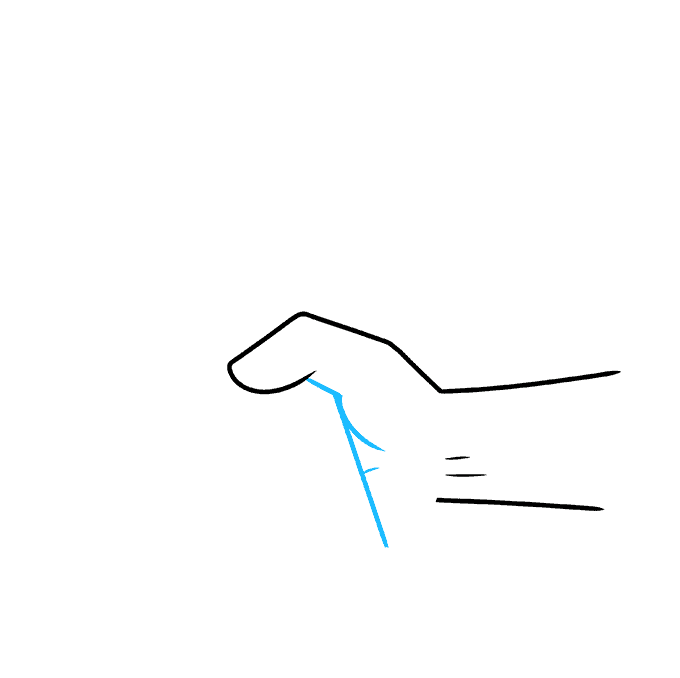 3. Use overlapping curved lines to draw the inner side of the thumb and the fleshy part of the palm at its base. Then, draw a straight line to begin the sword's hilt or grip. Detail the palm with another curved line. 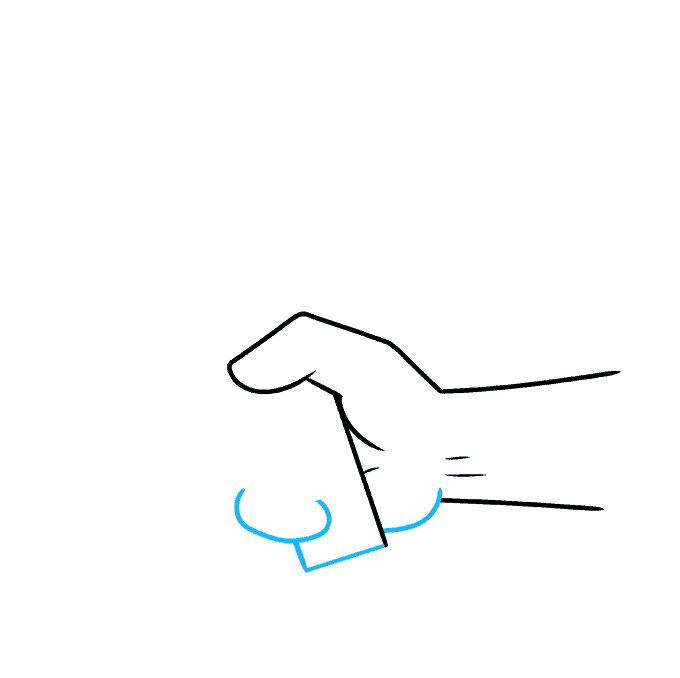 4. Begin sketching one of the fingers using a "C" shaped line. Use an "L" shaped line to complete the bottom of the hilt, connecting the finger to the opposite side of the sword.

How to Draw a Katana 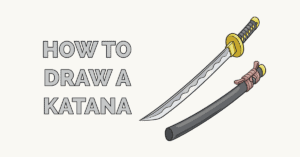 How to Draw a Celtic Knot 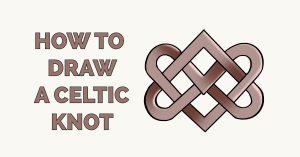 How to Draw an Arrow 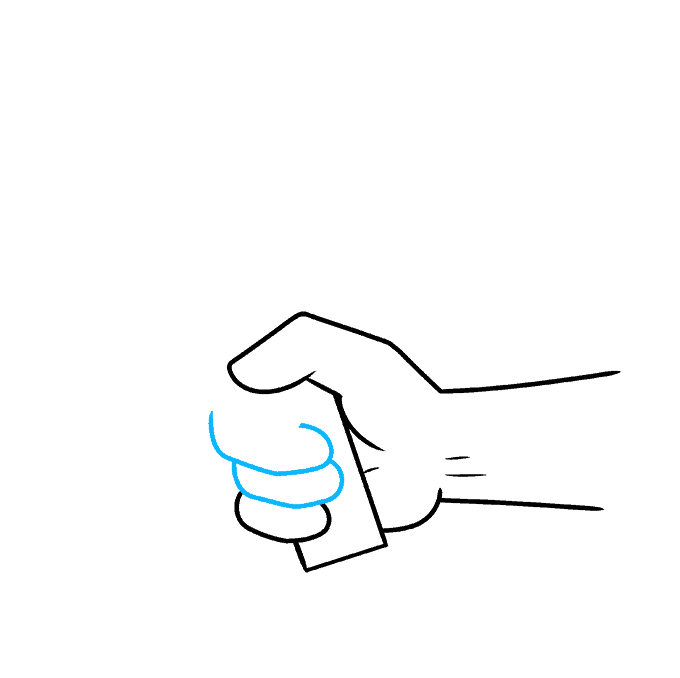 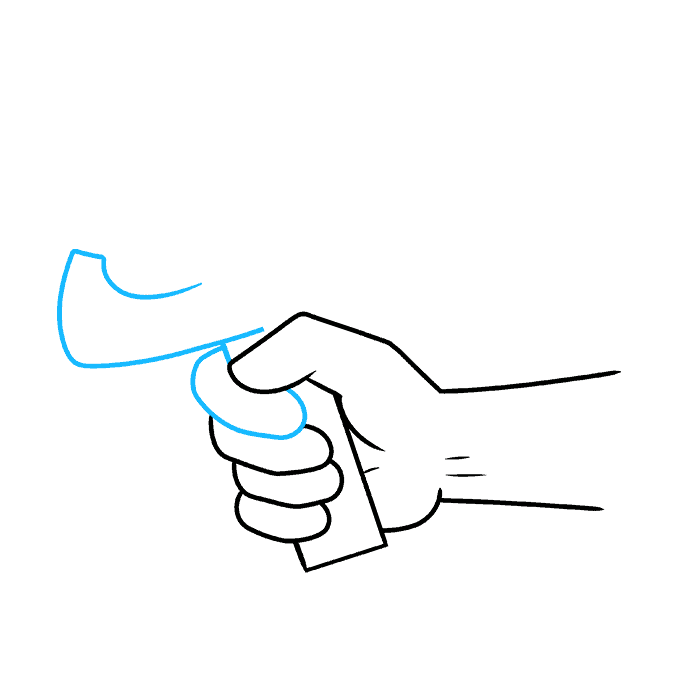 6. Draw a short straight line upward from the thumb. Then, enclose the final finger using a "C" shaped line. At the top of the hilt, extend a long curved line. Draw another, shorter curved line above it, and connect them with a short line. This forms one side of the sword's crossguard or quillons. 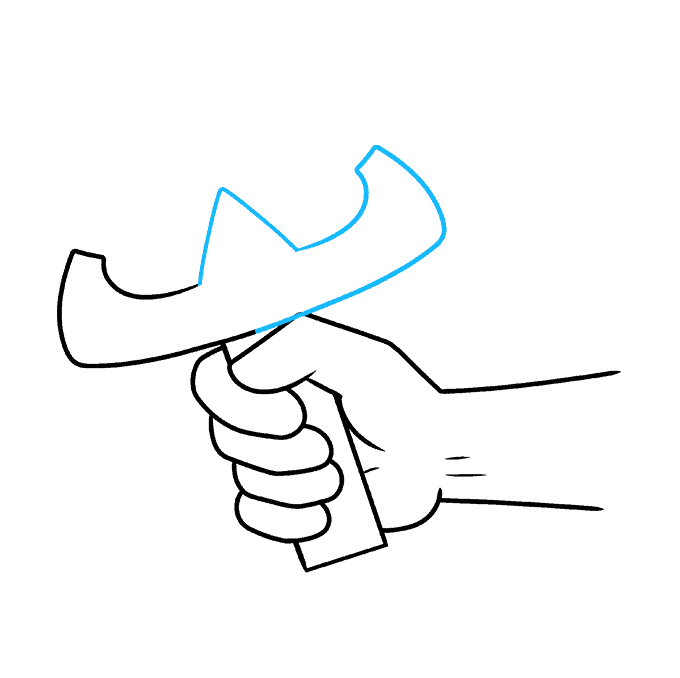 7. Continue the long curved line on the opposite side. Draw a shorter curved line above it, and connect them with a short line. In the center of the crossguard, use two straight lines to draw a triangular shape.

How to Draw "Love" in Bubble Letters 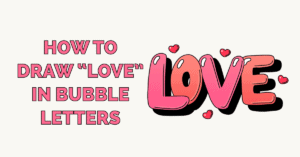 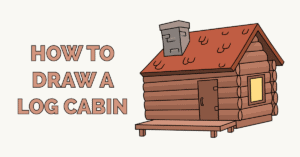 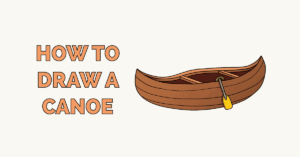 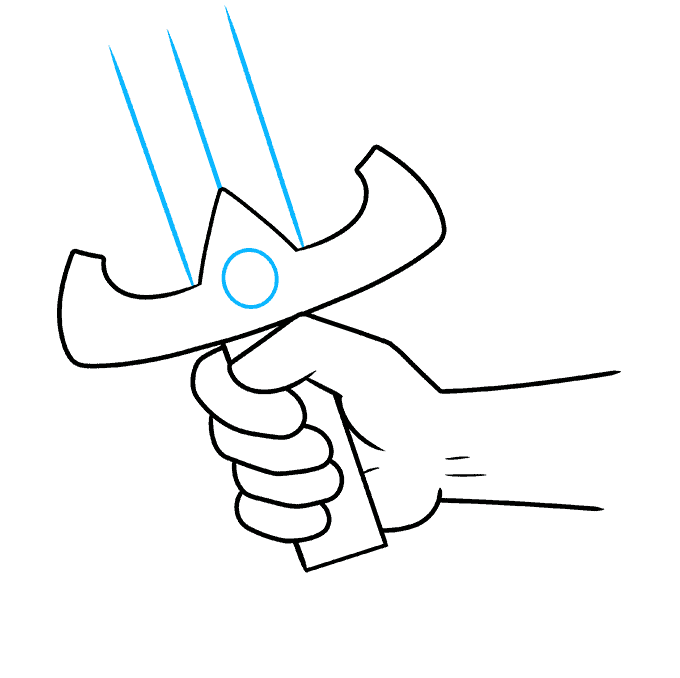 8. Embellish the crossguard with a circle in the center. Then, extend three straight parallel lines from the crossguard. These outline the blade and indicate the fuller or central ridge. 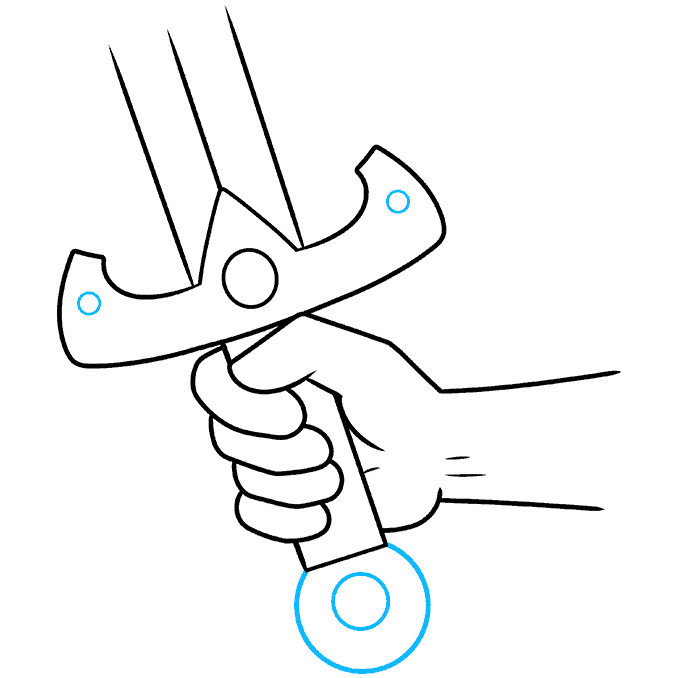 9. Further detail the crossguard with small circles at its extremities. Draw a circle within a circle at the bottom of the sword to form the pommel. 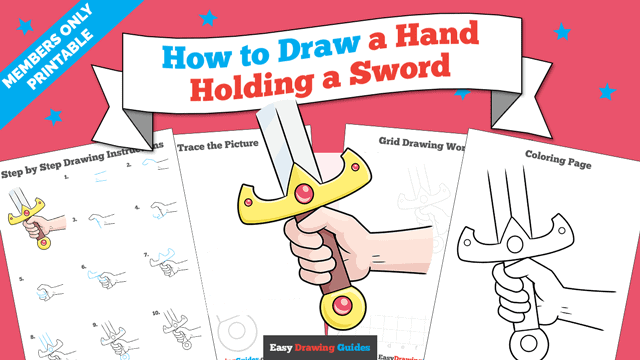