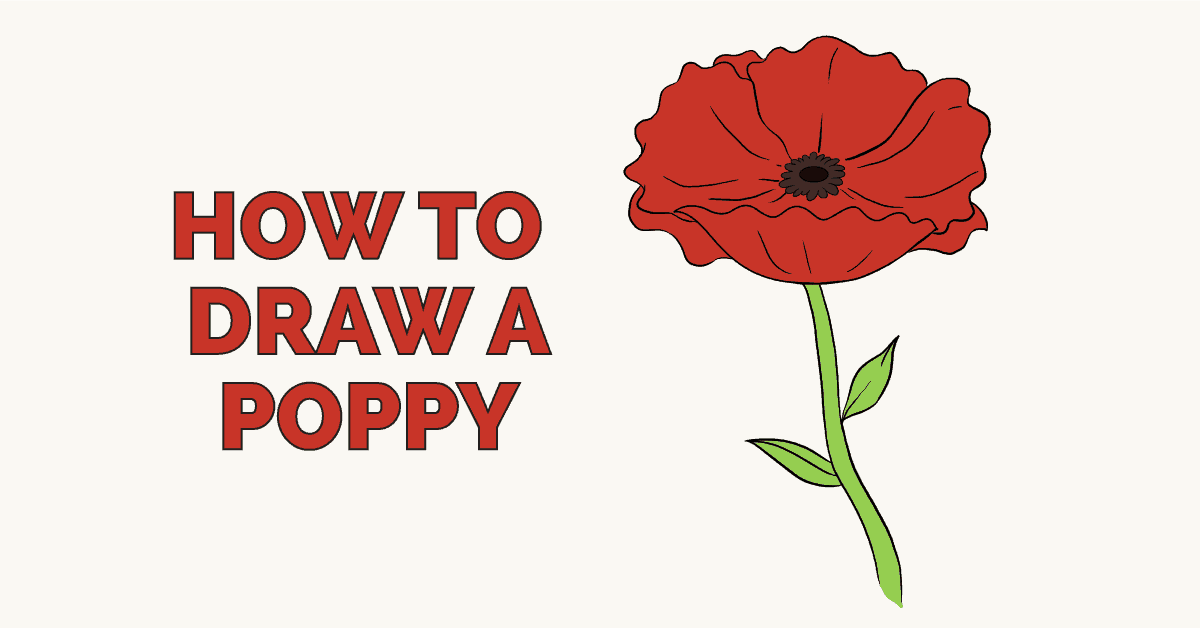 The poppy is a flower native to the northern hemisphere. Poppies have been cultivated by humans for thousands of years for their aesthetic, culinary, and medicinal purposes.

In addition to being a beautiful garden inhabitant, the tiny black poppy seeds are used in cooking, especially in baked goods. Oil is also pressed from the seeds.

Medical pain relievers such as morphine are derived from the milky latex produced by the seed pod of certain varieties. Cultivation of the poppy has a darker side as well. Opium is often abused as a dangerous drug.

One of the most famous popular culture references to the poppy can be seen in the 1939 film, The Wizard of Oz.

The Wicked Witch of the West tries to use a field of sleep-inducing poppies to prevent Dorothy and her friends from reaching the Emerald City.

Poppies also play a large role in the young adult fiction novel House of the Scorpion by Nancy Farmer, and its sequel, The Lord of Opium.

"Poppy" has also become a popular name, both legally and as a nickname.

Would you like to draw a poppy flower? This simple, step-by-step drawing tutorial is designed to show you how, using easy to draw lines and shapes.

You will need only a drawing implement, a sheet of paper, and something with which to color your finished drawing.

​Step by Step Instructions for Drawing​​​ a Poppy

2. ​​​​​​Beneath the flower's center, draw a wide "U" shaped line with outward curving tips. Then, connect the tips using a long, wavy line. This forms the first petal of the flower.

3. ​​​Next, draw a long, curved line outward from the center of the flower. Curve the line downwards, and allow it to take on a wavy appearance. Connect it to the side of the first petal. You have now enclosed the second petal. Add depth to the petal using long, curved lines.

4. ​​​​​​​​​​​Extend a long, curved line outward from the flower's center on the opposite side. Again, allow the line to become wavy and turn it toward the first petal. Connect the line to the petal's tip, enclosing a third petal. Add depth to this petal by sketching long and short curved lines along its length.

How to Draw a Sunflower 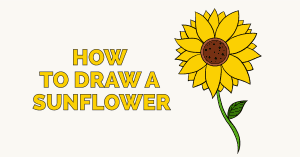 5.​ ​​​​​​​​​​​​​Use a wavy line to bridge the gap between the second and third petals, enclosing a fourth petal. Detail this petal, as well as the first petal, with curved lines.

6.​ ​At the junction of each petal to the one beside it, extend a wavy line from the surface of one petal to another. Repeat at each junction. This indicates the presence of additional petals.

8.​​​ ​​​​​​Extend two curved lines from the side of the stem, bringing the lines together in a sharp point. This forms a leaf. Draw the vein of the leaf using a curved line.

9.​​ ​​​On the opposite side of the stem, extend three curved lines to form a second leaf.

10. ​​​Color your poppy. The most famous variety is deep red with a black center. However, poppies can come in many colors, such as pink, purple, orange, yellow, or white

​Would you like to test your skills with more flower drawing guides? Our helpful tutorials are here to show you how. Soon, you'll be drawing a garden all your own​.

The Complete Poppy Drawing Tutorial in One Image

How to draw: Poppy - all drawing steps