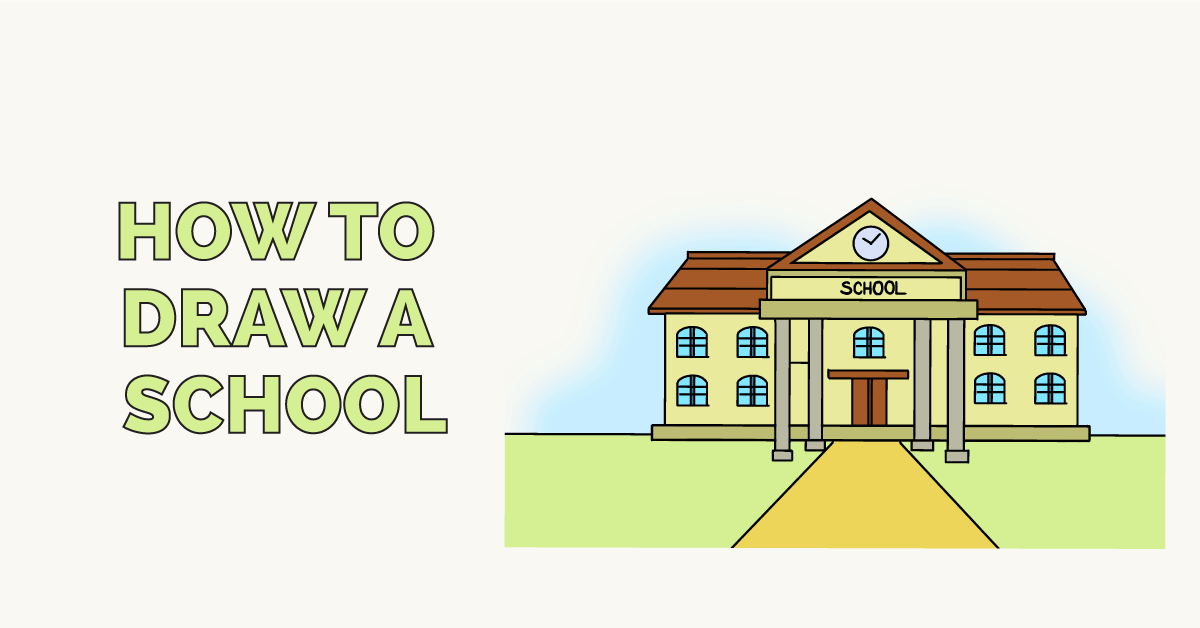 Today, the image of a schoolhouse is iconic of education itself. The concept of schools - formal groupings of students - existed as far back as ancient Greece, China, and Rome.

Before school attendance became compulsory, as it is in most parts of the world today, children were educated by their parents, or they were taught a trade as an apprentice. The earliest schools were designed to teach specific career paths, such as military or clergy service. Universities were established for further learning.

By the 1700s, obligatory or compulsory school attendance became common across Europe and North America. During the 1900s, the introduction of school buses made it easier for all children to attend school. Schools such as the one in our tutorial can be recognized around the world.

Would you like to draw a stately school? This easy, step-by-step drawing tutorial is here to help. All you will need is a pencil, a sheet of paper, and an eraser. You may also wish to color your finished drawing.

Step-by-Step Instructions for Drawing a School

1. Begin by drawing a long, narrow rectangle. Use two long, parallel horizontal lines and two short vertical lines. This shape forms the foundation of the building.

2. Enclose another rectangle atop the narrow rectangle. Draw a long, straight line parallel to the rectangle, and connect the shapes using two straight, vertical lines. This forms the front wall of the building.

4. Draw a narrow, horizontal rectangle overlapping the eaves of the roof. This will form the bottom of the overhang. From the overhang, extend four sets of straight, vertical, parallel lines downward. The middle sets of lines should extend to the bottom of the school, and the outer sets to just beyond its foundation. Then, enclose each set of lines by drawing a small rectangle. These lines form the columns that support the overhang.

5. Erase the guide lines from the overhang.

7. Enclose a rectangle extending upward from the foundation, between the columns. Then, draw two narrowly spaced, vertical, parallel lines down the middle of the rectangle. This forms the doors of the school. Draw a narrow, horizontal rectangle on top of the door. Next, draw the school's many windows. For each window, use three lines to enclose a square shape, leaving the top open. Enclose the top using a curved line, creating an arched window. Draw a double set of perpendicular lines through each window.

8. Draw a clock within the triangular top of the overhang. Begin by drawing a circle, with a "V" shaped line within it to indicate the clock's hands. Then, write the word "SCHOOL" across the front of the overhang.

10. Color your school. In our example, we've made it yellow with a brown roof. You could make your school red brick, white painted wood, or any other color you'd like.

The Complete School Drawing Tutorial in One Image

How to draw: School - all drawing steps 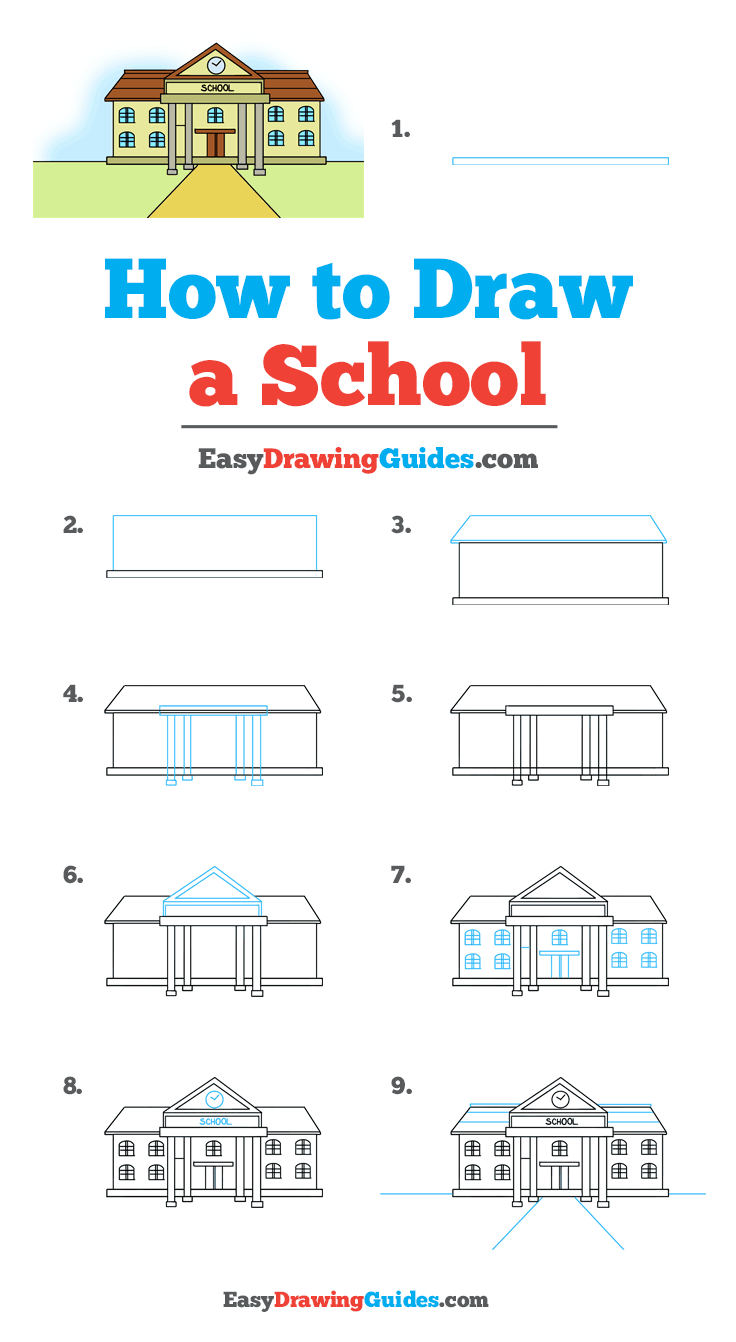