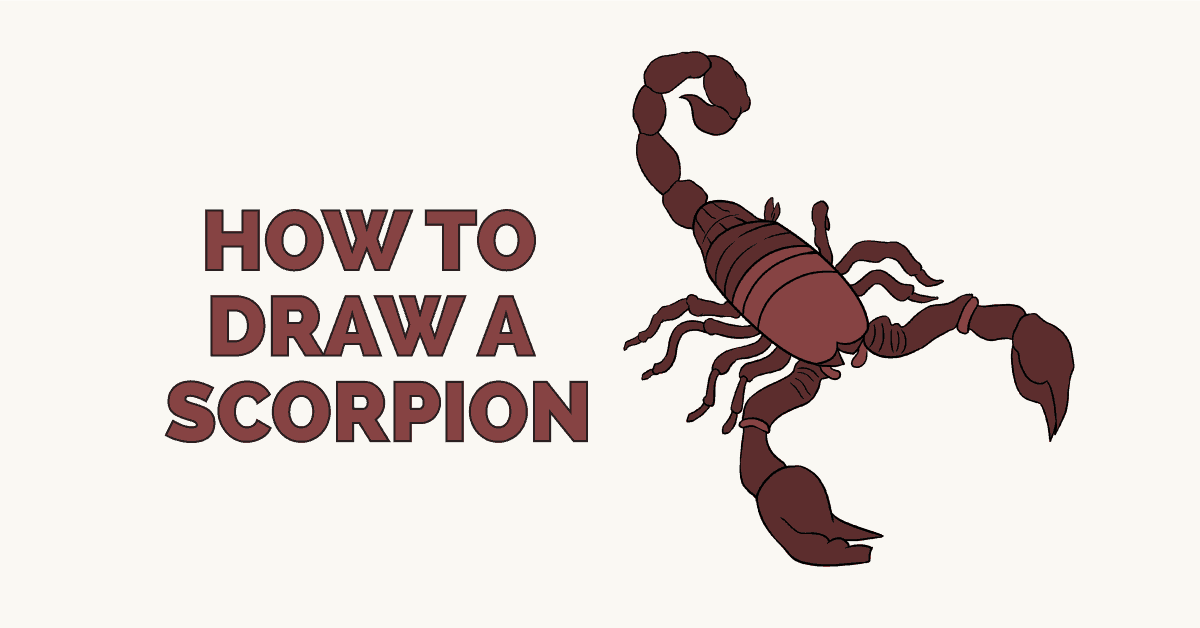 More than 1,500 species of scorpions are found across the globe. These arachnids - relatives of the spider - range in size from less that half an inch in length to well over eight inches. One extinct species known from fossils was over three feet long. The ancient Greeks named one of the constellations after this animal.

Scorpions pack a punch in a fashion unique in the animal kingdom. Rather than biting, scorpions have a stinger at the end of a curved, movable tail, with which they strike out at prey or danger.

Should you be afraid of scorpions? Most are no more harmful than a honey bee, but about 25 species are dangerous to humans. As with any wild animal, scorpions should be given plenty of space and treated with respect.

Another interesting feature of scorpions is the raising of young. Unlike most invertebrates, scorpions give birth to live young rather than laying eggs. The babies, called a litter, crawl onto the mother's back. The young may hitch a ride in this way for several months, until they are old enough to take care of themselves.

Would you like to draw a scorpion? Doing so is simple with the help of this easy drawing tutorial. All you will need is a pencil, an eraser, and a sheet of paper. You may also wish to use crayons, markers, paints, or colored pencils to shade your finished drawing.

If you liked this tutorial, see also the following drawing guides: Desert, Cactus, and Wolf.

​Step by Step Instructions for Drawing​ a ​​Scorpion

1. Begin by drawing an elongated oval. This will outline the scorpion's body.

2. Band the body with curved lines. Then, draw a pointed, curved line at the front of the oval, and slightly curved lines at the back. These will serve as guide lines when you erase to contour the body.

3. Contour the shape of the body by erasing portions of the original oval.

4. Add more detail to the body. Band it with additional curved lines. On the abdomen, or rear section, use perpendicular lines as well.

​​5. Draw the scorpion's arms and mouth. In the "W" shaped curve of the face, enclose small triangles. Beyond this, enclose elongated, curved shapes. Then, extend sets of curved lines outward from the face. Enclose these at the end using curved lines.

6. Add the next section of the arms. Use pairs of curved lines. Then, use a series of curved lines to enclose the claw. Notice the rounded bulge at the claw's base, its jagged upper pincer, and pointed tips.

7. Next, draw the scorpion's legs. Each leg consists of three sections, each shorter and thinner than the last. Use pairs of curved lines to craft each section. Scorpions are arachnids, so they have eight legs - four on each side.

8. Draw the legs on the opposite side. Notice that the foremost legs are much the same as on the other side, but that the back legs are curved away from the observer.

9. Draw the scorpion's stinging tail. The tail consists of several rounded sections. Sketch the tail by adding one irregular rounded shape at a time. When you reach the tip, add two curved lines that meet in a sharp point to form the stinger.

10. Color your scorpion. These creatures are often shaded in combinations of black, brown, tan, and red. Under a black light, however, most scorpions glow bright blue.

Scorpions live in a variety of habitats, from dense jungles to urban neighborhoods. Most often, however, they are associated with the desert. Use our other handy drawing guides to give your scorpion a desert environment, complete with cacti, coyotes, and a cowboy's horse.​​

The Complete Scorpion Drawing Tutorial in One Image

How to draw: Scorpion - all drawing steps