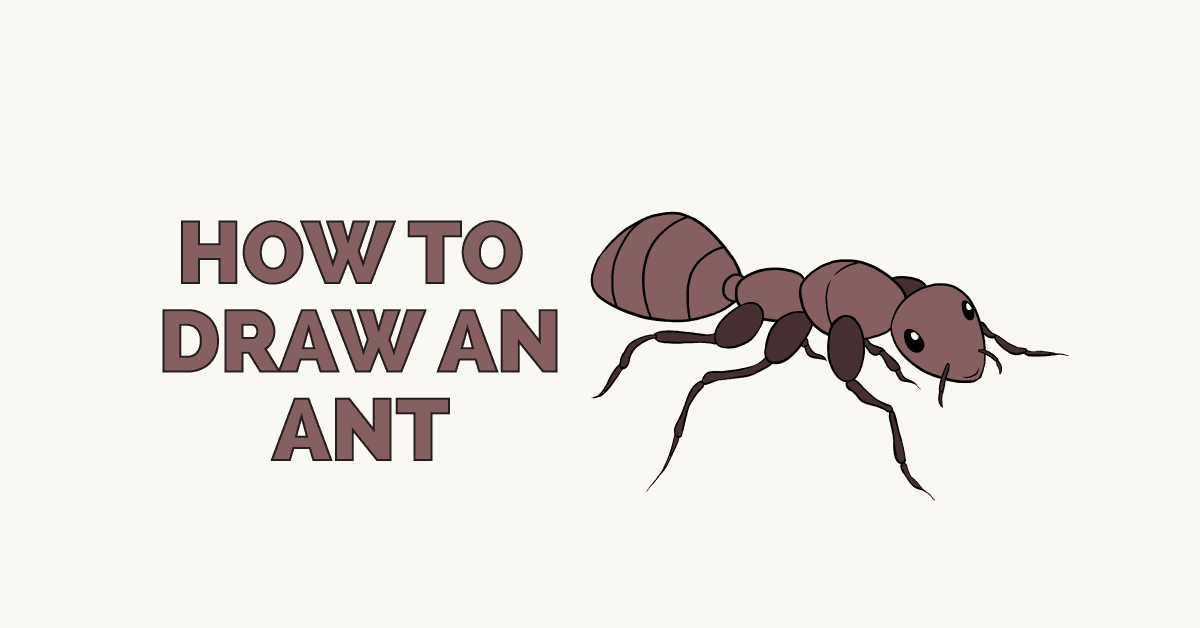 Ants are amazing animals. They are capable of lifting relatively huge objects up to twenty times their own body weight. Ants are social animals, living in colonies that may house thousands of individuals.

Ants are one of the few animals that practice agriculture. Leaf cutter ants bring pieces of foliage back to their nests. They chew the leaves and cultivate them to grow a type of edible fungus.

Another type of ant keeps livestock, a small insect called an aphid, milking the aphids for a sweet nectar. Ants are architects, too, building miles of underground tunnels or even building bridges with their own bodies.

People have long had a mixed relationship with ants. Since ancient times, some ants have been used in agriculture - as a food source, in protecting plants from predators, and even in collecting seeds. Some have venom that is used in medicine, or mandibles used as stitches. On the other hand, ants are considered pests when they enter man-made structures.

Would you like to draw an ant? Doing so is easy with the help of this simple, step-by-step drawing tutorial. All you will need is a pencil, a sheet of paper, and an eraser. You may also wish to color your finished drawing.

Step-by-Step Instructions for Drawing an Ant

1. Begin by drawing a oval that is flattened on one end. This forms the ant's head. Draw two small ovals within this shape to form the eyes, and a small curved line at the tip - it could merely be adding depth to the face, or it could be a smile!

2. Enclose another irregular oval as if partially hidden by the first shape. This forms part of the ant's thorax, or midsection.

3. Draw another, smaller oval as if overlapped by the previous section.

5. Detail the ant by adding stripes to the abdomen. Band the shape with parallel curved lines.

6. Draw the front legs. First, draw an oval overlapping the thorax, erasing guide lines as necessary. Then, use pairs of curved lines to enclose the segments of the leg. Note how the segments have wider and narrower areas. The last segment should be shorter than the rest, and the lines should converge in a point. Repeat this process on the far leg, using a curved line to enclose the top segment between the head and thorax.

7. Draw the middle leg. Begin with an oval, erasing guide lines as necessary. Then enclose the segments of the leg, the final segment ending in a sharp point.

8. Draw the rear leg, erasing guide lines as necessary from the oval. Then, use pairs of curved lines to form the segments of the leg.

9. Draw the far legs, using pairs of lines for each segment. Band the thorax with a curved line. Shade the eyes, leaving a small oval in each unshaded. Use pairs of lines to draw the antennae, erasing guide lines as needed.

10. Color your ant. Many ants are red, black, brown, or combinations of these colors. Some tropical species are yellow or green.

The Complete Ant Drawing Tutorial in One Image

How to draw: Ant - all drawing steps 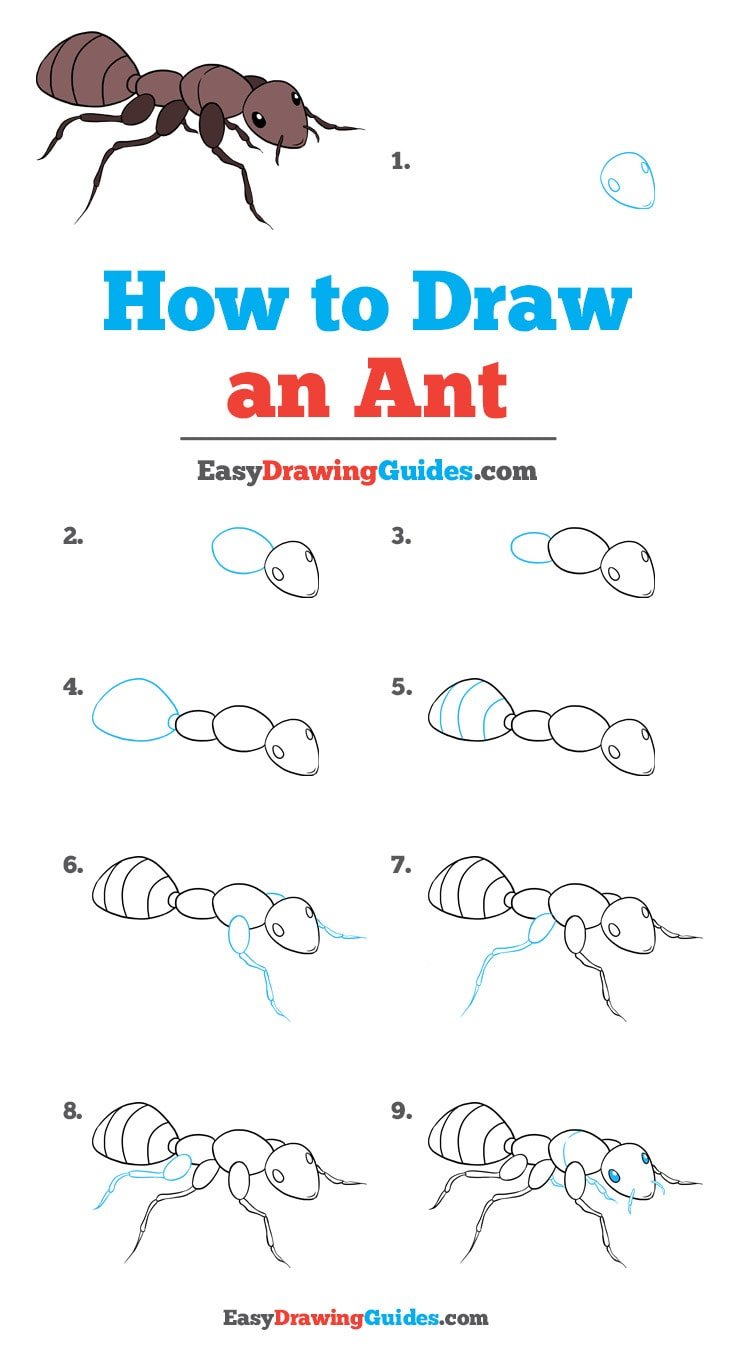