Learn how to draw a great looking Ash-Greninja from Pokémon with easy, step-by-step drawing instructions, and video tutorial.

By following the simple steps, you too can easily draw a beautiful Ash-Greninja from Pokémon. 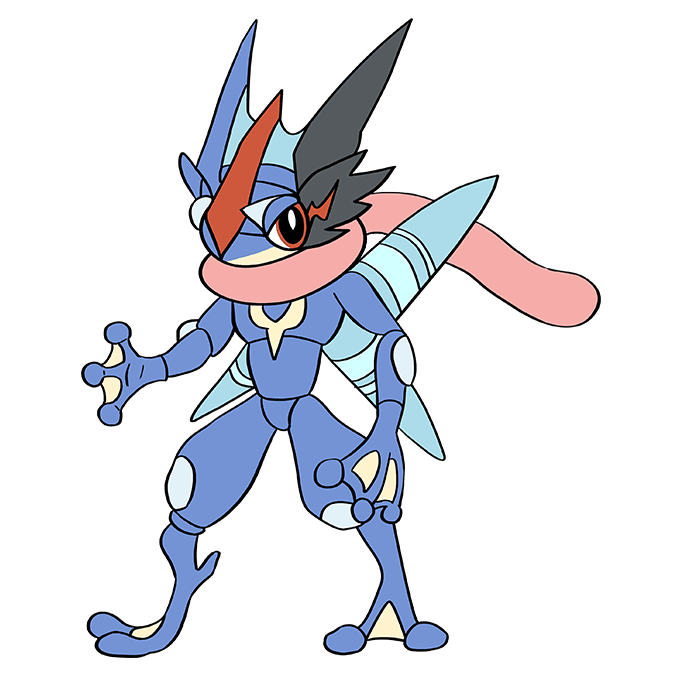 "Come with me, the time is right,
There's no better team!
Arm in arm, we'll win the fight,
It's always been our dream!"
- Pokémon theme song

Ash Ketchum is a young Pokémon trainer from Pallet Town. At the age of ten, he left his home to become a Pokémon master.

As the main protagonist of the series, we've followed Ash's journey through numerous manga, anime, and films. During the Pokémon Sun and Moon series, Ash makes a thrilling discovery, one that has not occurred in hundreds of years - Ash's Greninja powers up due to a strong bond with its trainer, becoming Ash-Greninja.

Would you like to draw Ash-Greninja? This easy, step-by-step Pokémon drawing tutorial is here to show you how. All you will need is a pencil, an eraser, and a sheet of paper. 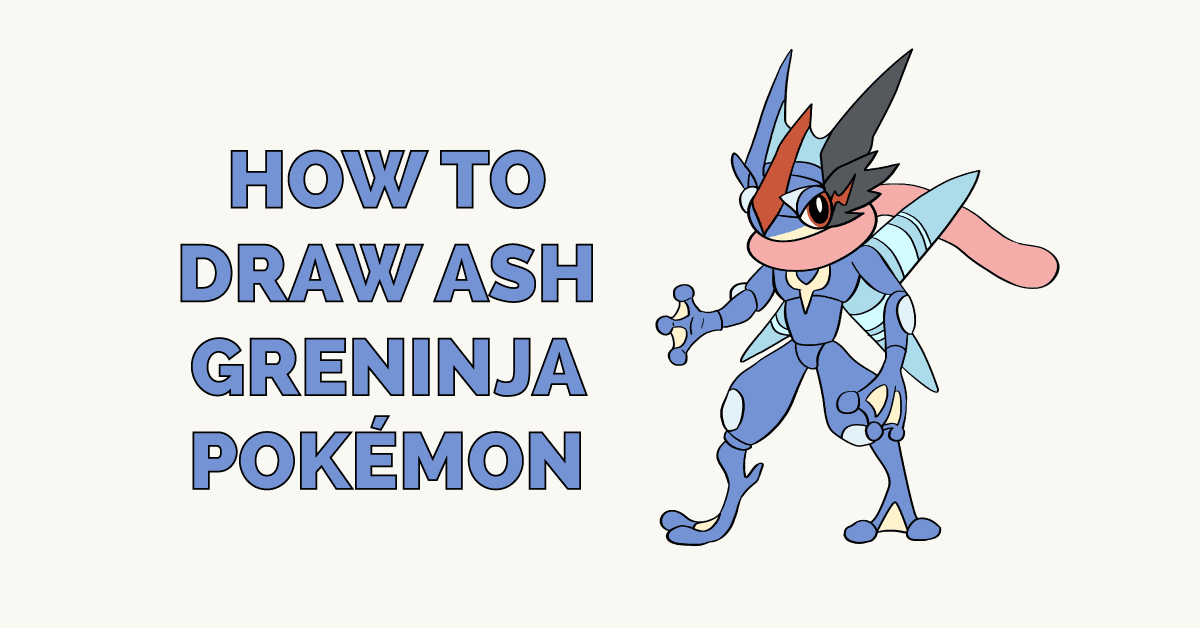 How to Draw a Great Looking Ash-Greninja from Pokémon for Kids, Beginners, and Adults - Step 1 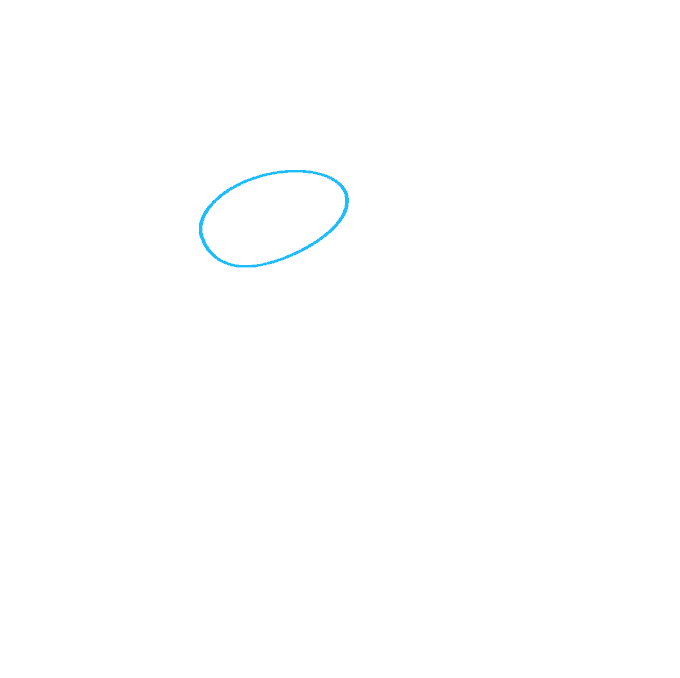 1. Begin by drawing an oval. Later, this will help you to sketch Ash-Greninja’s head. 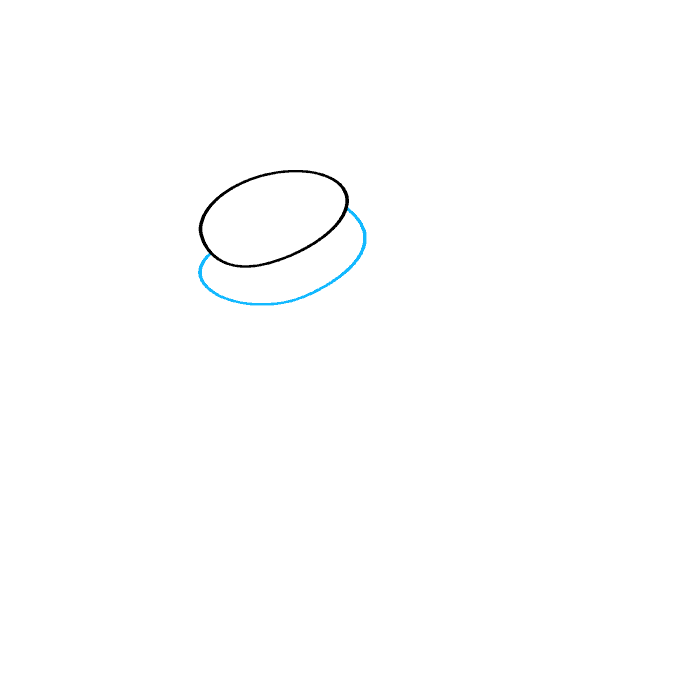 2. Draw a second oval, partially hidden by the first. This forms the Greninja’s wrapped tongue. 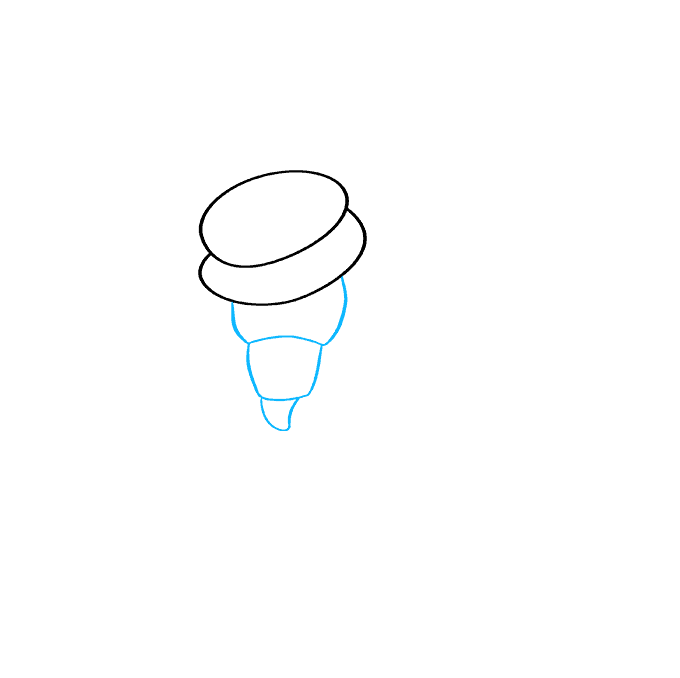 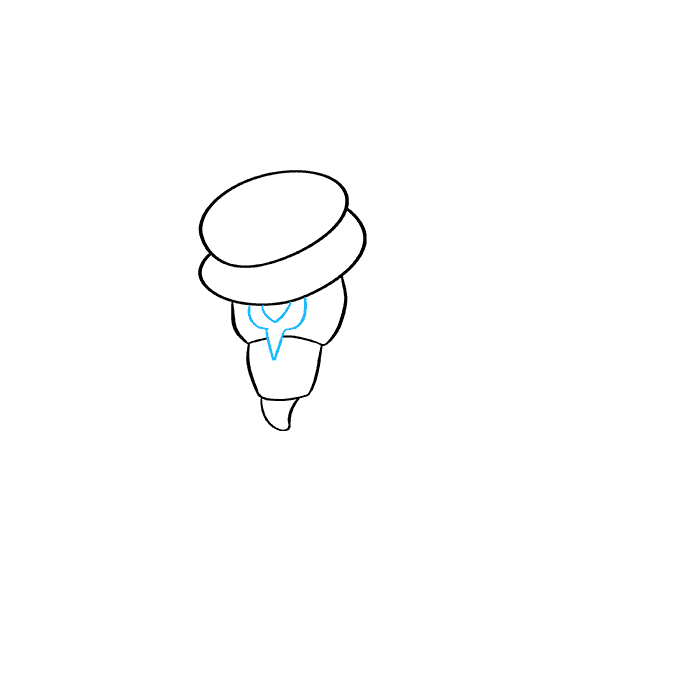 4. Enclose an irregular shape on the Greninja’s chest, erasing as necessary. The shape should resemble a half circle with a downward-facing triangle beneath it. Enclose another, smaller half-circle inside it. 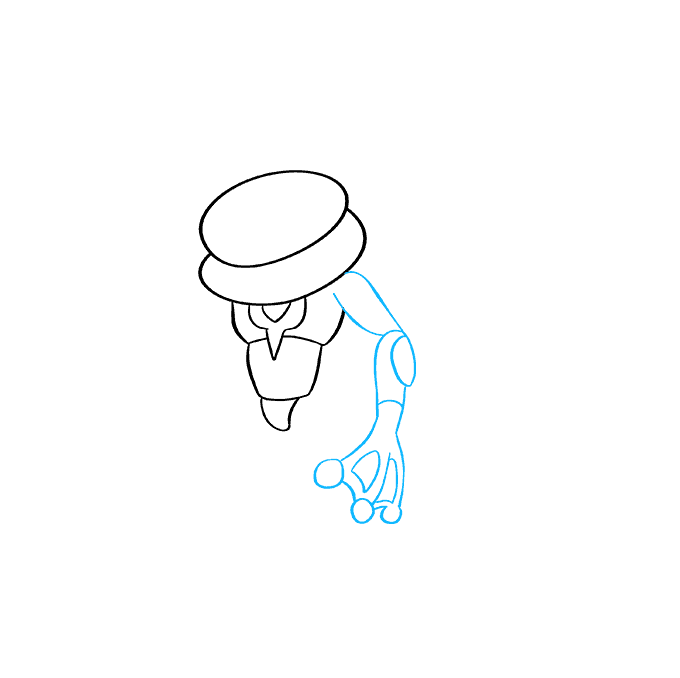 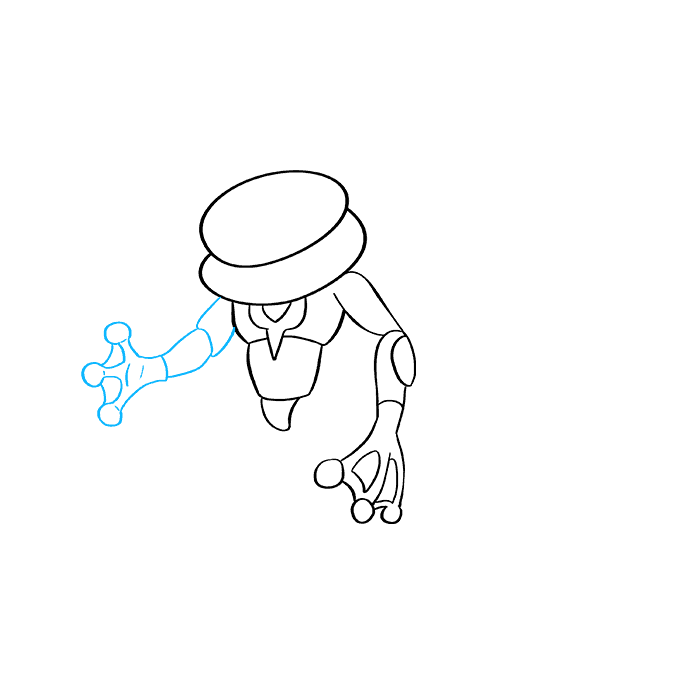 6. Draw the remaining arm. Use curved lines to enclose the irregular shapes of the upper arm, lower arm, and hand. Draw the webbing between the fingers using curved lines, and draw a circle at the end of each. 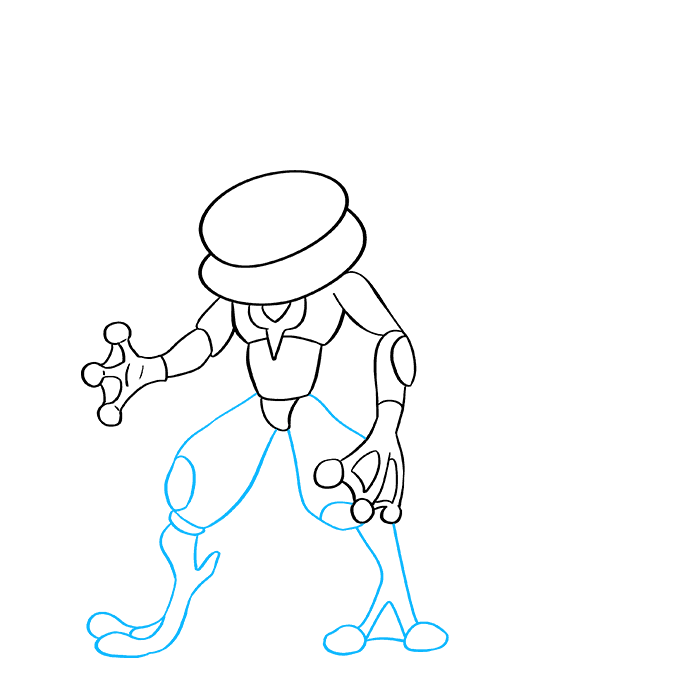 7. Enclose two teardrop shapes beneath the torso to indicate Greninja’s upper legs. Enclose an oval at each knee. Draw one leg in profile, using curved lines to form the rounded toes and the claw on the back of the foot. For the remaining leg, outline an inverted “Y” shape. Connect the branches using a curved line, and draw a circle at the tip of each toe. 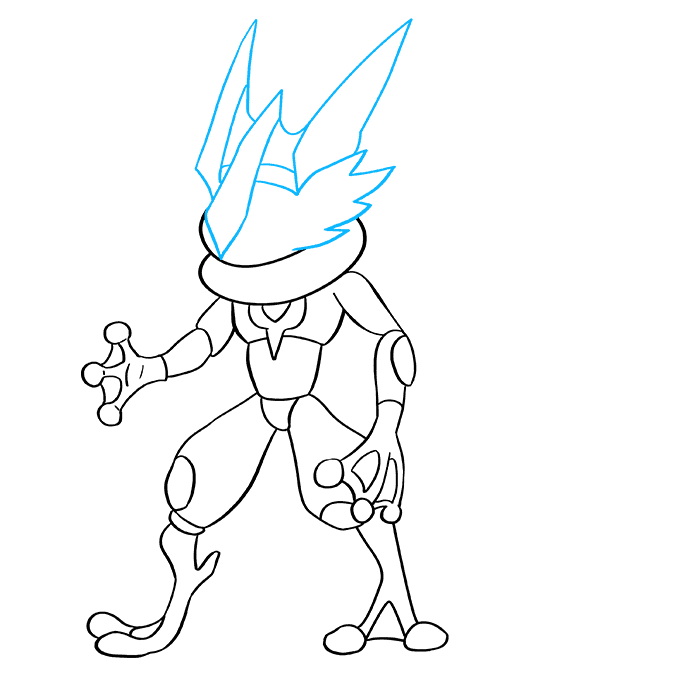 8. Sketch the top of Greninja’s head, erasing as necessary. Draw an irregular, elongate diamond-like shape down the center of the face. Use curved lines to sketch the horn-like projections on each side of it. Enclose the side of the face using short curved lines that meet at jagged points. 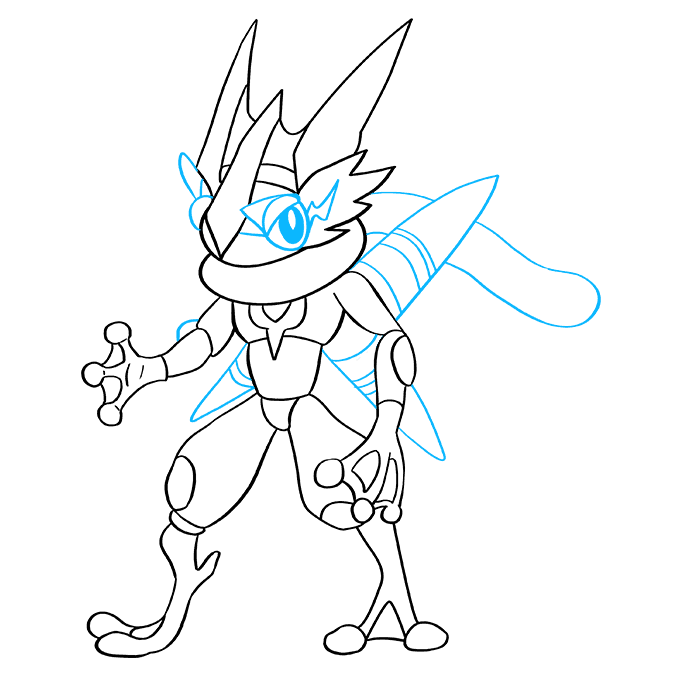 9. Detail the face. For each eye, draw a circle banded with a line to indicate the eyelid. Draw two ovals within it, shading between them to indicate the pupil. Draw a triangle extending from the front of the eye, and a lightning bolt shape from the rear. Draw four pairs of curved lines from Greninja’s back, allowing them to meet at gentle points. Band them with curved lines. Use a long, curved line that doubles back upon itself to form Greninja’s tongue.

Color Your Ash-Greninja from Pokémon Drawing

Color Ash-Greninja. He is blue with red, black, and white markings and a pink tongue.

You want to catch them all - now, you can draw them all! Assemble your team when you learn to draw Charmander, Pikachu, Bulbasaur, Eevee, and many others. 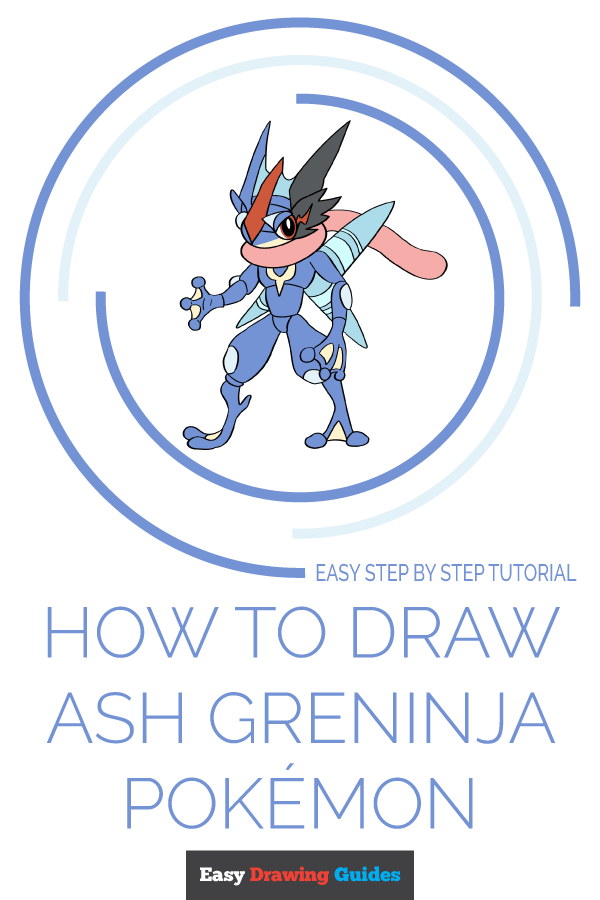 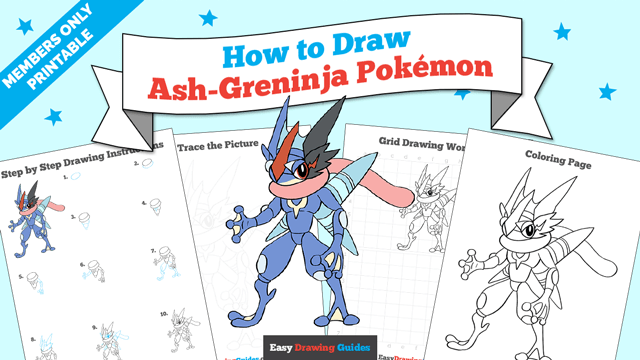