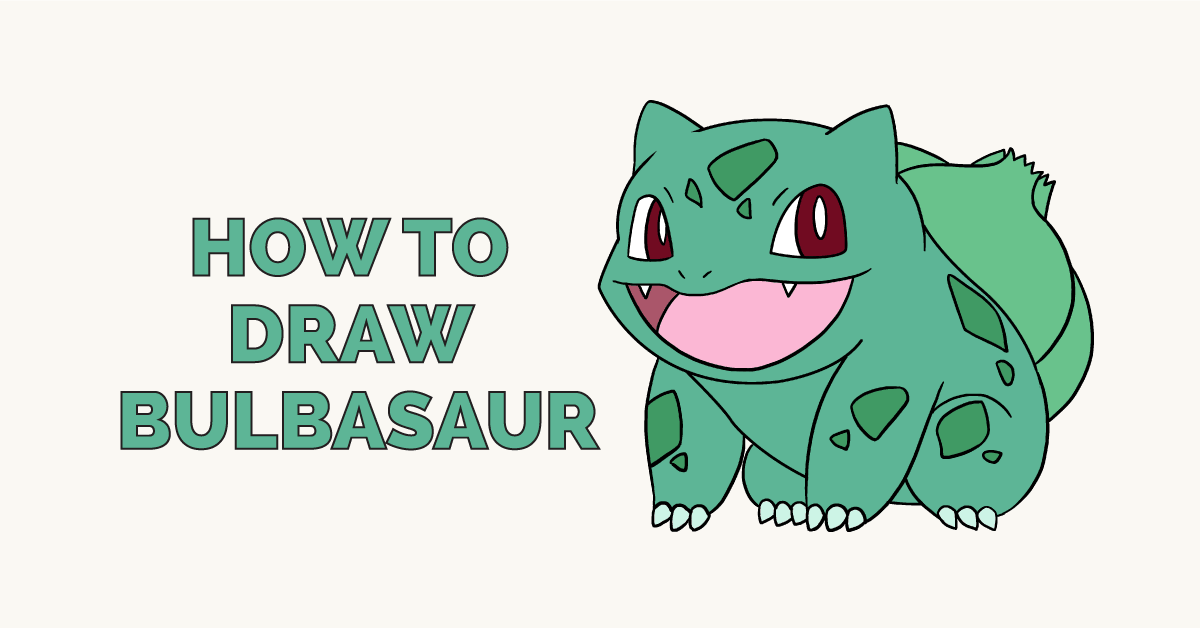 Bulbasaur, the Seed Pokémon, is a dual-type Grass and Poison Pokémon of Generation I. Its name is a combination of the words "bulb," referring to the plant on its back, and "dinosaur," describing its saurian appearance.

Bulbasaur first appeared in the Pokémon animated series episode entitled "Bulbasaur and the Hidden Village," in which he was defeated by Pikachu and captured by Ash.

Along with Charmander and Squirtle, Bulbasaur is one of the three starter Pokémon from which a trainer can choose on the early Pokémon games.

The plant on Bulbasaur's back grows from a seed that is planted there at its birth. This plant provides Bulbasaur with energy via photosynthesis, and it essential to many of Bulbasaur's fighting moves.

Would you like to draw a grinning Bulbasaur? This easy, step-by-step Pokémon drawing tutorial is here to help. All you will need is a piece of paper, a pencil, and an eraser. You may also wish to color your finished drawing.

Bulbasaur, I choose you!

If you liked this tutorial, see also the following drawing guides: Blastoise, Poke Ball, and Mew.

1. Begin by drawing an oval. This will form the basis for Bulbasaur’s head.

3. Draw the back of the head using a short, curved line. Then, enclose the rounded shape of the body.

4. Draw Bulbasaur’s legs. For each leg, extend a pair of curved lines from the upper body. Draw small rounded triangles to form the claws, enclosing the foot in the process.

5. Sketch the rear legs using curved lines. Notice the rounded nature of the squatting legs. Use small rounded triangles to form the claws.

6. Erase guide lines from the head and body.

8. Draw spots on Bulbasaur’s forehead, legs, and back. In each set of spots, include a large, rounded, roughly diamond shaped spot, and one or more smaller, triangular spots.

10. Color your Bulbasaur. He is typically turquoise or bluish green in color, with a pink tongue, green spots, and a green plant on his back.

The Complete Bulbasaur Drawing Tutorial in One Image

How to draw: Bulbasaur - all drawing steps