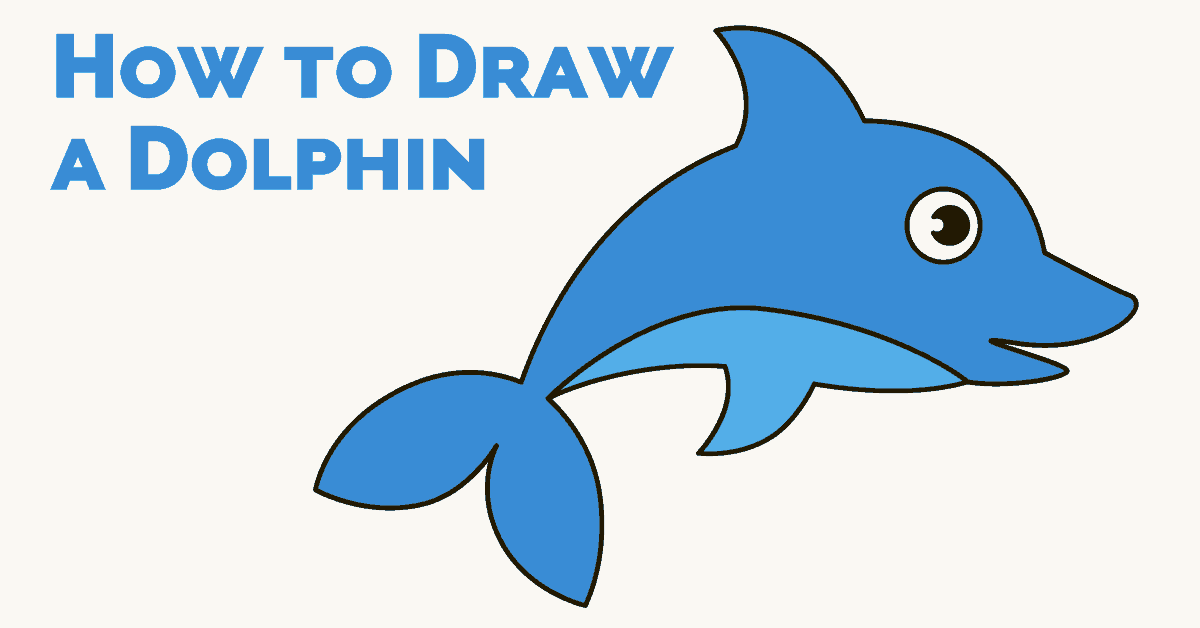 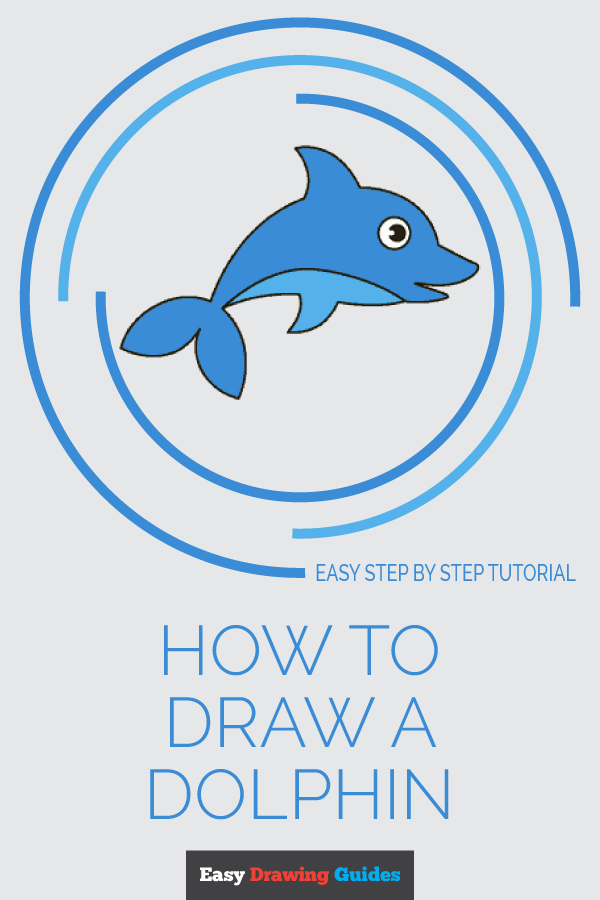 What are dolphins? Contrary to popular belief, they are not fish. They breath oxygen from the air, they don't have gills or scales, and they are warm-blooded. They don't lay eggs, either; they give birth to live young that drink milk. They're mammals, just like humans. They, along with the orca, belong to a group of whales known as toothed whales.

Dolphins are usually 10 feet (3 meters) long or less. They are known for their intelligence, playfulness, and curiosity. Dolphins often interact with humans in the wild, playing with objects brought into the water or jumping alongside boats. Some are kept at zoos and aquariums to entertain visitors. Dolphins have long "social memories," recognizing "friends" they haven't seen in decades. They can also recognize themselves in a mirror, a tasks few non-primates can perform.

Dolphins live in oceans all over the world, and a few freshwater species live in the rivers of Asia and South America. Many migrate long distances; they can swim at speeds of 18.5 miles per hour (30 kilometers per hour). They are social, living in family groups called pods. Sometimes, pods congregate to form "superpods" made up of thousands of dolphins! They work together to hunt fish, squid, and other sea creatures.

Dolphins are popular characters in cartoons and other media. Famous characters include Flipper, Winter from Dolphin Tale, and the pods from famous literary fiction including A Hitchhiker's Guide to the Galaxy, The Dolphins of Pern and Island of the Blue Dolphins.

You'll have a splashing good time learning to draw this easy cartoon dolphin. To follow the steps, you'll need only a pencil, an eraser, and a sheet of paper. You can also color your finished picture and turn it into a complete underwater scene!

If you liked this tutorial, see also the following drawing guides: Whale, Narwhal, and Fish.

Step-by-Step Instructions for Drawing a Dolphin 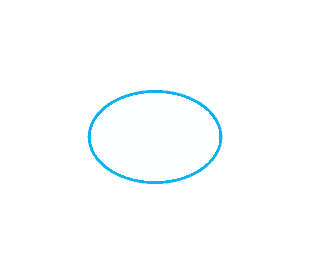 1. Begin by drawing an oval. This will outline the dolphin's body. 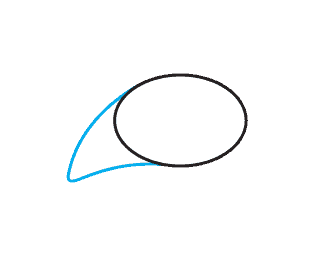 2. On one side of the oval, draw a downward-facing curved triangle. The lines should meet at a gentle point. This forms the base of the dolphin's tail. 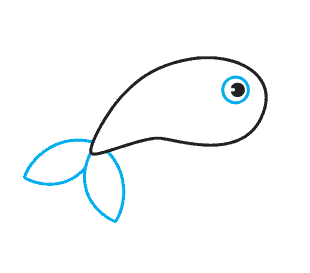 3. Erase the line separating the body from the tail. Draw the flukes or tail fins. For each fin, extend a pair of curved lines to meet at a gentle point. Then, draw the dolphin's eye. Draw a large circle, and shade a smaller circle within it to form the pupil. You can leave a small circle unshaded with in the pupil to add depth to the eye. 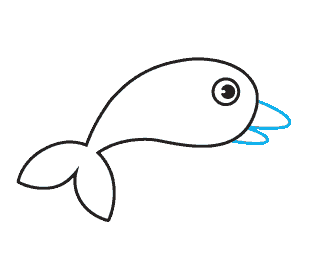 4. Draw the dolphin's beak or mouth. Draw two "U" shaped lines at the front of the face, the upper "U" larger than the lower "U."

How to Draw a Manatee 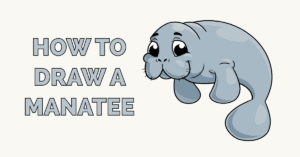 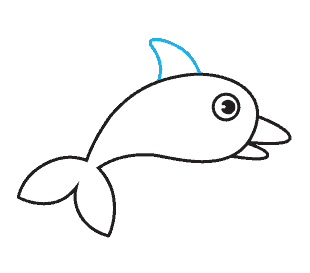 5. Draw the dolphin's upper or dorsal fin. Use two curved lines that meet at a gentle point to draw the curved triangular shape. 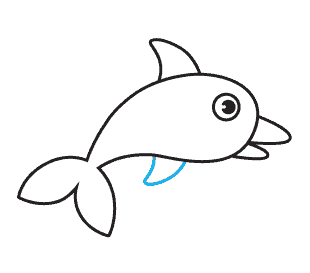 6. Draw the lower or pectoral fin. Use two curved lines that meet at a gentle point to from the curved triangle shape. 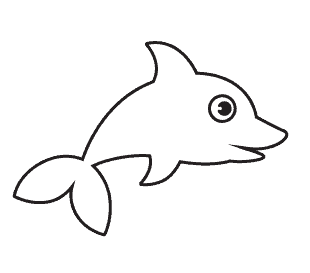 7. Erase the lines separating the body from the snout and fins. You now have a clean outline of a cartoon dolphin. 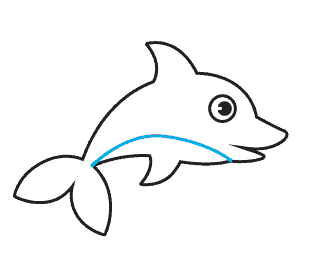 8. Draw a line across the bottom of the dolphin's body to detail the belly. Sea creatures often have light-colored bellies so that they blend in with the sunlight when predators view them from below. 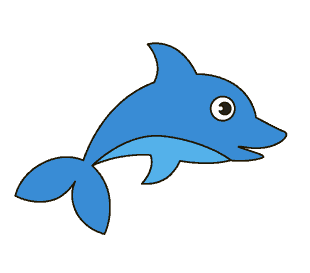 9. Color your cartoon dolphin. In our example, we've made him different shades of blue. Real dolphins can be grey, cream with spots, or with stripes of black and yellow. Some river dolphins are even light pink in color! 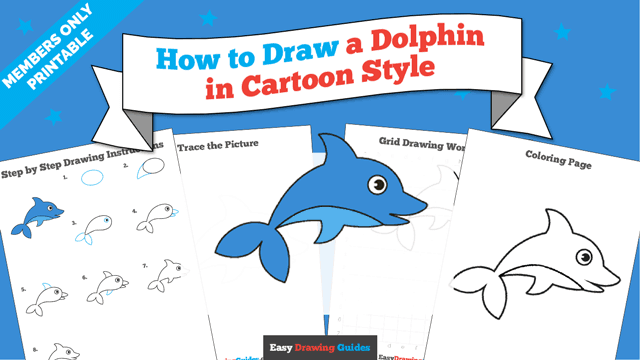