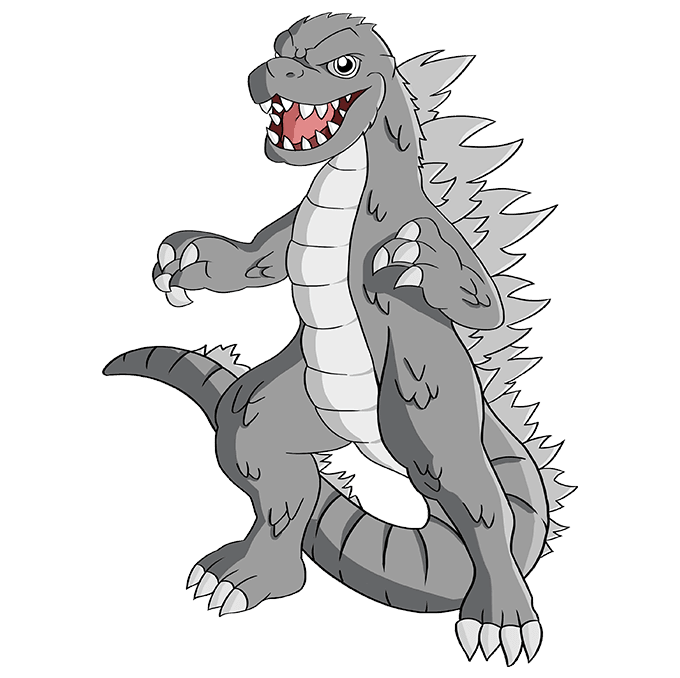 The character of Godzilla was first brought to life on film in 1954. He is a huge, prehistoric reptilian sea monster who rises from the ocean to wreak havoc on unsuspecting coastal cities.

Godzilla is today considered a pop culture icon. He has starred in more than 30 films, video games, books, and television shows. He has evolved from a metaphor for nuclear destruction to an antihero who instinctively defends the interests of humanity.

Did you know? Godzilla's name is a combination of two Japanese words meaning "gorilla" and "whale."

Would you like to draw a cartoon of the ferocious movie monster, Godzilla? This easy, step-by-step cartoon creature drawing tutorial is here to help. All you will need is a pencil, a sheet of paper, and an eraser.

If you liked this tutorial, see also the following drawing guides: Oogie Boogie from the Nightmare before Christmas, Frankensteins Monster, and Mike Wazowski from Monster Inc.. 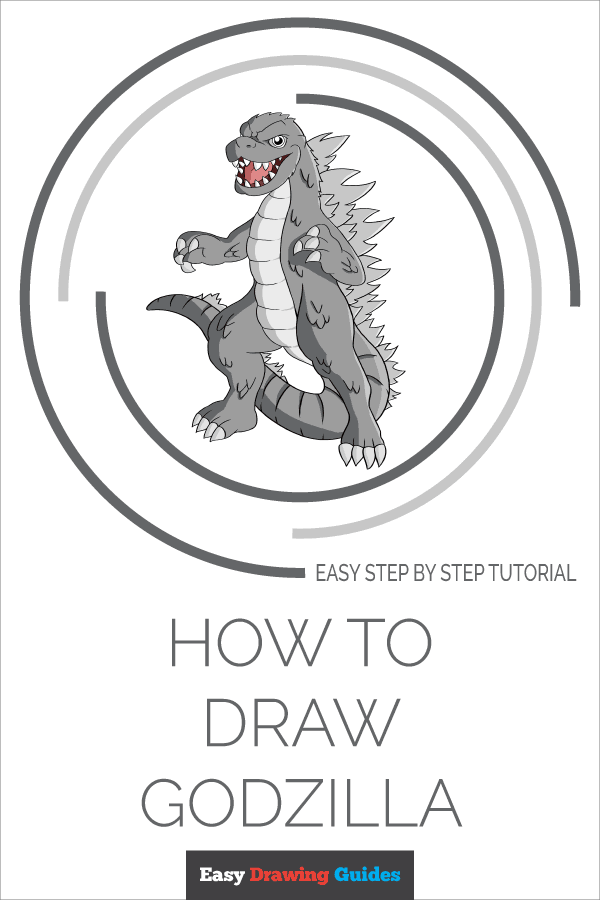 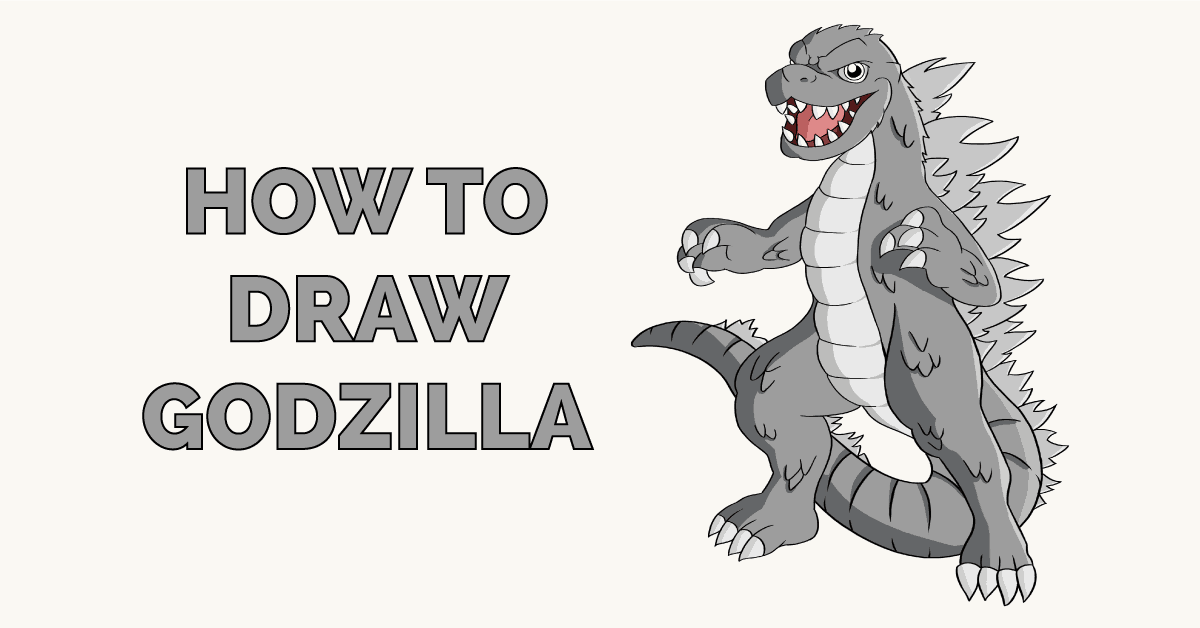 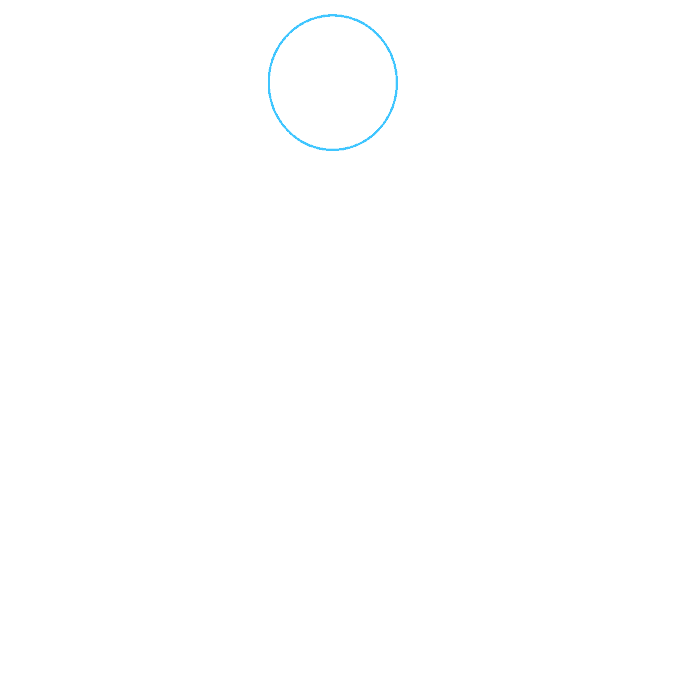 1. Begin by drawing a circle. This will help you to draw Godzilla’s head. 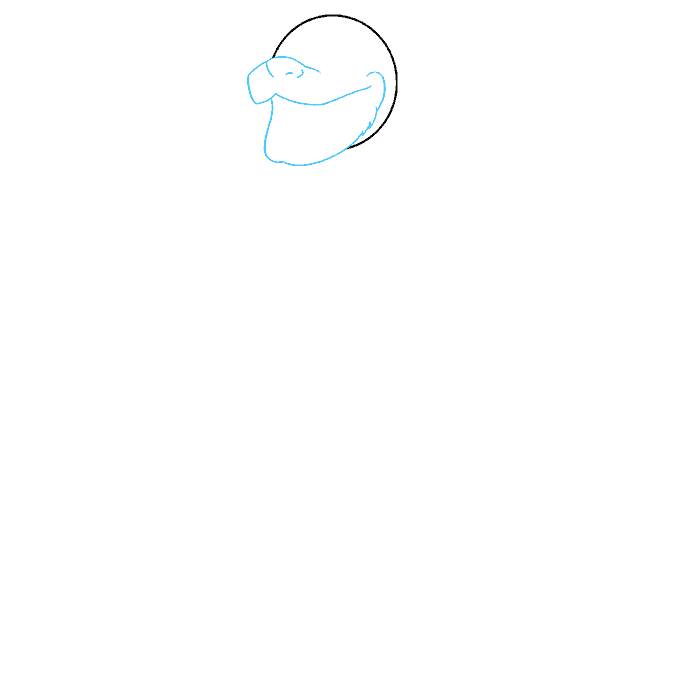 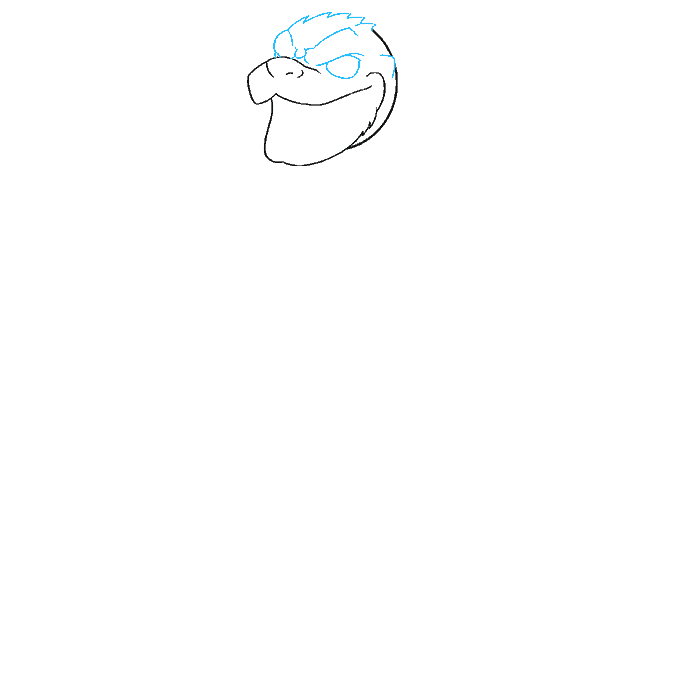 3. Detail the eyes and head, erasing as necessary. Connect short lines that meet at jagged points on top of the scaly head. Use curved lines to outline the brows. Then, enclose the irregular rounded shape of the eye. Use a “C” shaped line for the ear. 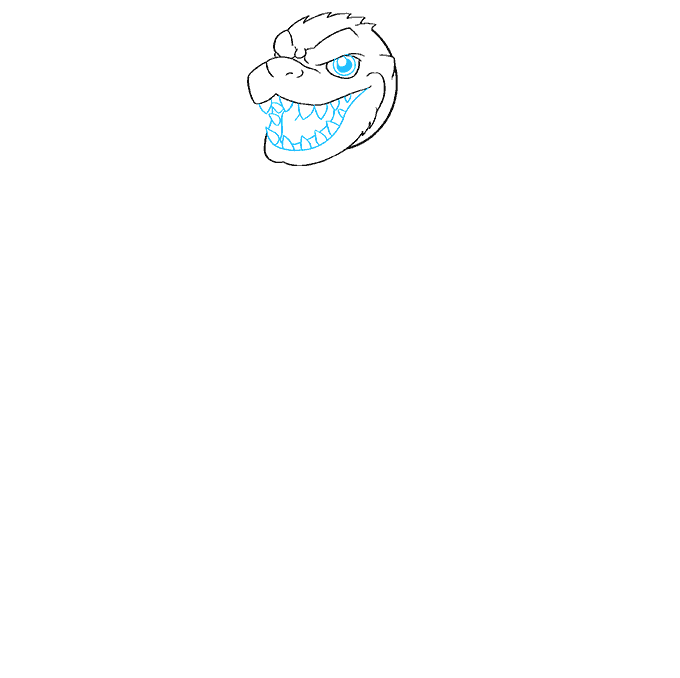 4. Draw several successively smaller circles within the eye. Shade between the two smallest, indicating the pupil. Draw a curved line from the side of the upper jaw to the front of the lower jaw, outlining the inside of the mouth. Then, draw rounded triangular teeth along the edges of the mouth on both the upper and lower jaw. 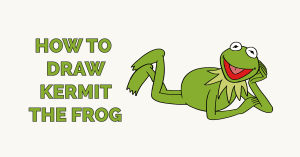 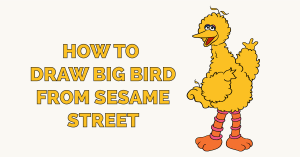 How to Draw Oscar the Grouch from Sesame Street 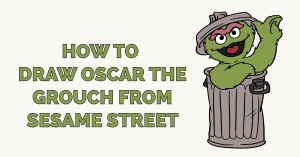 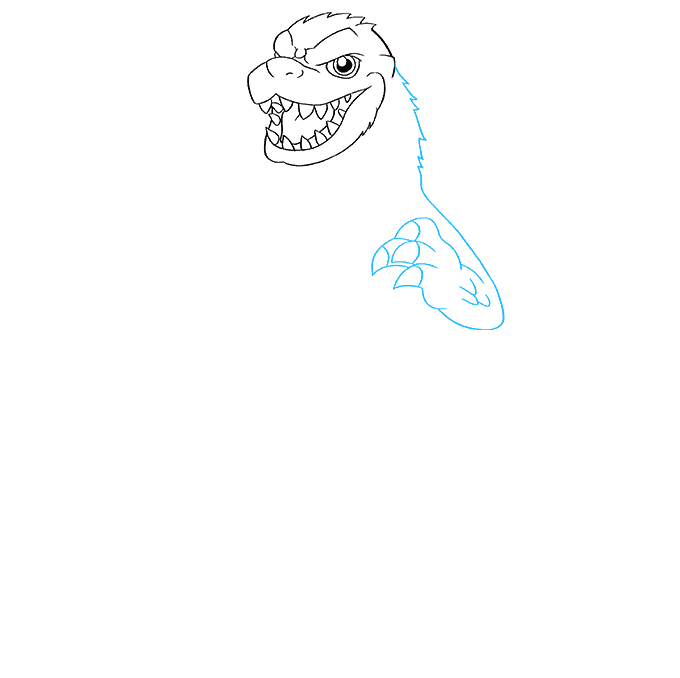 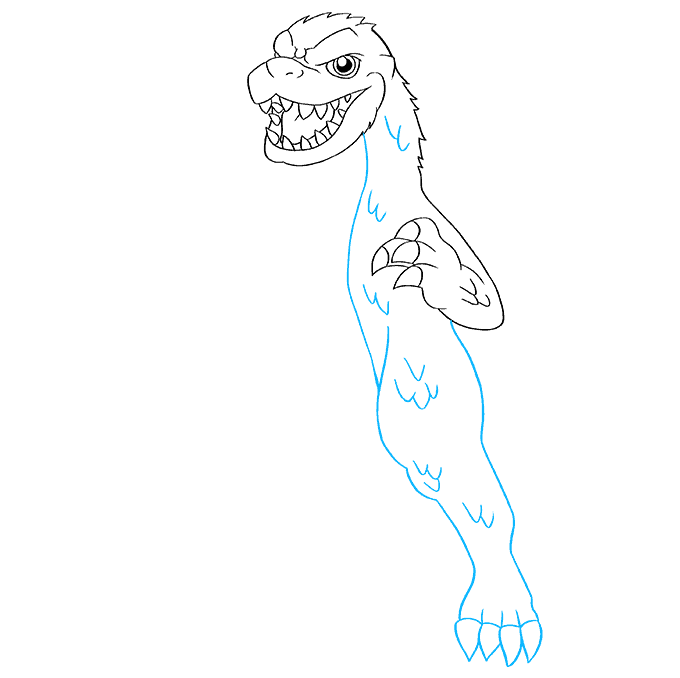 6. Draw a long, curved line from the jaw to below the hand. Allow another curved line to overlap the first and extend further. Draw a third curved line descending from the arm. The latter lines form the leg. Connect the lines using a series of short lines that meet at points, forming the toes. Then, draw a curved line across each toe to distinguish the claw. Finally, draw “C” shaped lines in clusters all over the body, indicating scales. 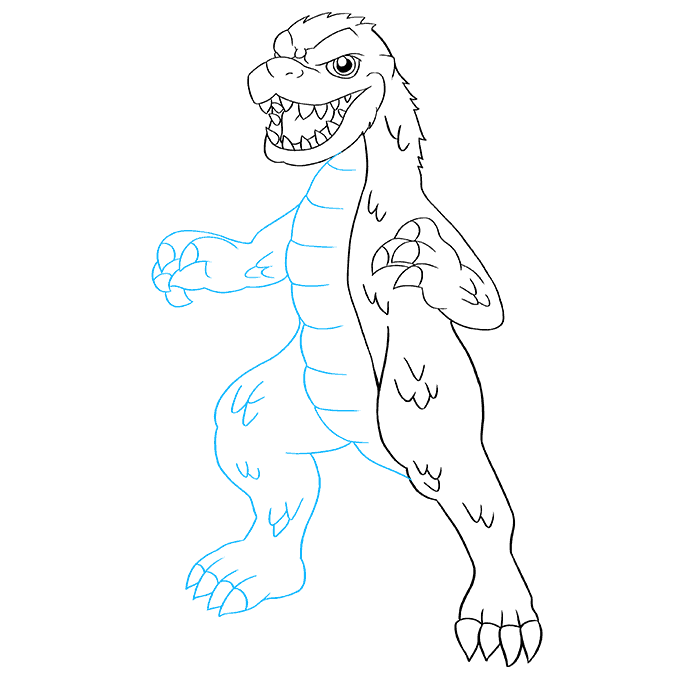 7. Draw a series of overlapping curved lines to enclose the ribbed belly. Then, use curved lines to outline the arm, hand, leg, and toes. Don’t forget to band the pointed fingers and toes with a curved line, forming the claw. Draw “C” shaped scale clusters on the arm and leg. 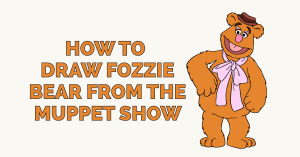 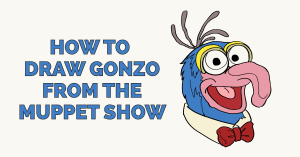 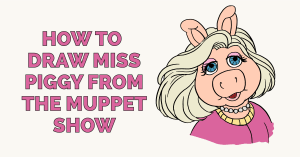 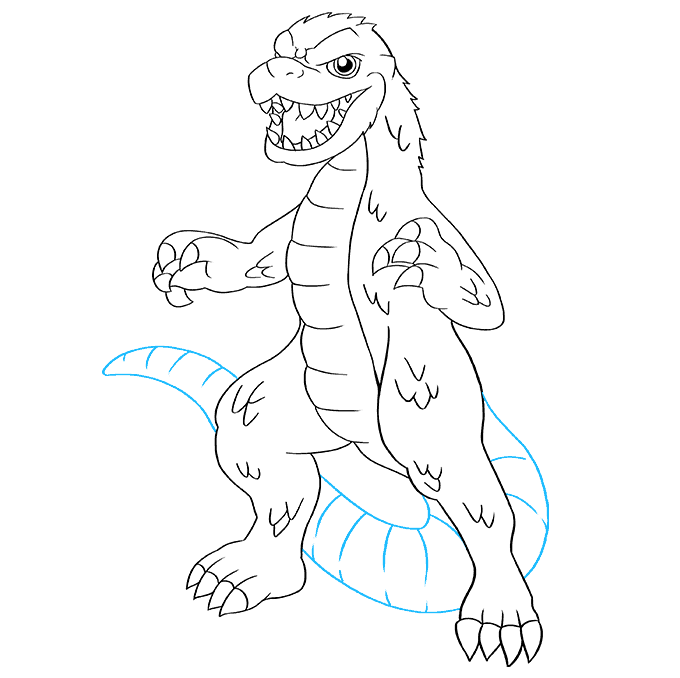 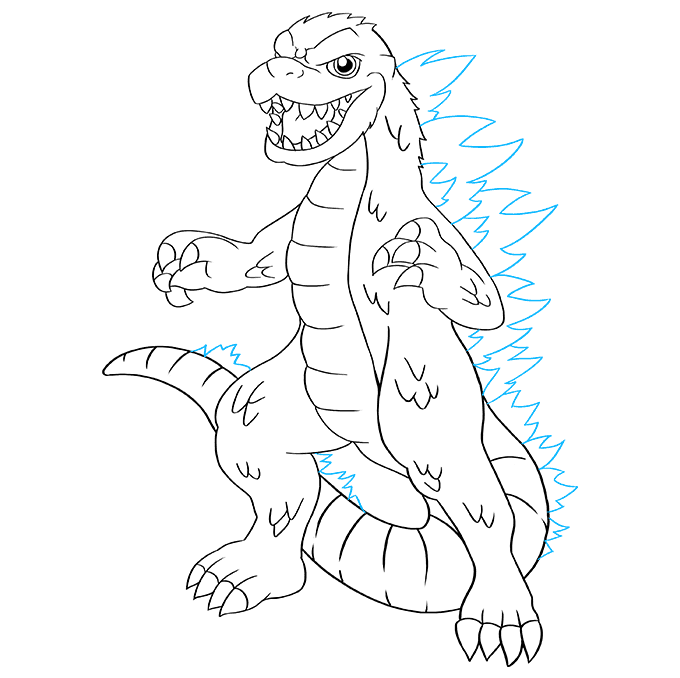 9. Draw spikes on Godzilla’s tail and back. Use a series of curved lines of various lengths that meet at jagged points.

Color Godzilla. He is typically green or grey in color. Then, check out our other cartoon character drawing guides. 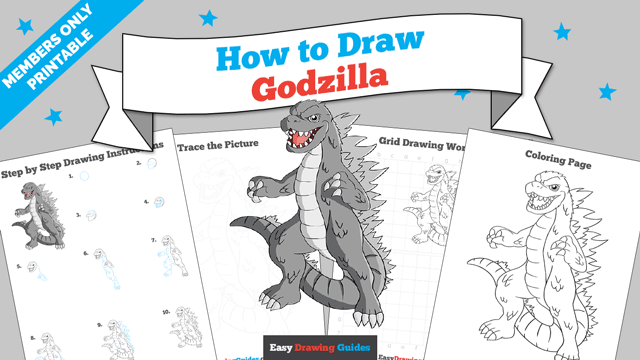