"Let the past die. Kill it if you have to. That's the only way to become what you were meant to be."
- Kylo Ren, Star Wars: The Last Jedi

Kylo Ren entered the Star Wars canon in the 2015 film Star Wars: The Force Awakens. Born to Han Solo and Leia Organa, he was given the name Ben Solo. He was once a Jedi apprentice to his uncle, Luke Skywalker, but he turned to the dark side and slaughtered his fellow students. He was then trained by the First Order's Supreme Leader Snoke.

Kylo Ren is motivated to finish the annihilation of the Jedi begun by his grandfather, Darth Vader. In his quest, he murders his own father as well as Snoke. He attempts to kill Luke but finds he is fighting only a Force projection.

Many questions still remain about the mysterious past and future of Kylo Ren. Why does he feel such a strong force connection to young Rey? Are they siblings? Will he be forever consumed by the Dark Side of the Force, or will his Light Side leanings will out? Future additions to the Star Wars saga are certain to reveal the answers.

The Force is strong with this one. Make this easy, step-by-step Star Wars character drawing guide a part of your Jedi training. All you will need is a pencil, pen, or marker, as well as a sheet of paper.

1. Begin by drawing a long, curved line. It should somewhat resemble the profile of a dog's face. This outlines one side of Kylo Ren's cloak.

2. Draw another long, curved line, creating a mirror image of the first. This fully encloses the rounded triangular shape of the cloak.

3. Use a series of curved and straight lines to outline the bottom of Kylo Ren's mask. Notice how the lowest portion is notched.

4. Use a long, curved line to outline a shape like a curved rectangle in the middle of the mask. This portion covers Kylo's eyes. Then, extend two curved lines below it. At the bottom of the mask, draw a straight line and two small rectangles.

5. Detail the respirator, or lower portion, of the mask. Draw a series of parallel lines just below the eyepiece. Then draw staple-shaped lines, incomplete rectangles, along the sides of the respirator. Place a few marks on its interior.

6. Draw a number of triangles, lines, and curved shapes of various sizes on each side of the respirator, below the eyepiece. Shade the shapes.

8. Draw curved lines on each side of the mask. Then, draw a long, curved line around one side of the figure. It should be similar in shape to the first line but not completely parallel. This forms the outside of the cloak. 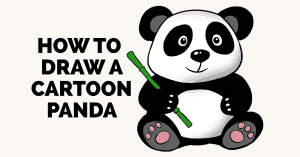 9. Draw a long, curved line around the figure, mirroring the previous step. This outlines the cloak, fully enclosing it.

Color Kylo Ren. He typically dresses in black. Then, check out our characters drawing guides, where you'll find heroes and villains from a galaxy far, far away.

The Complete Kylo Ren Drawing Tutorial in One Image