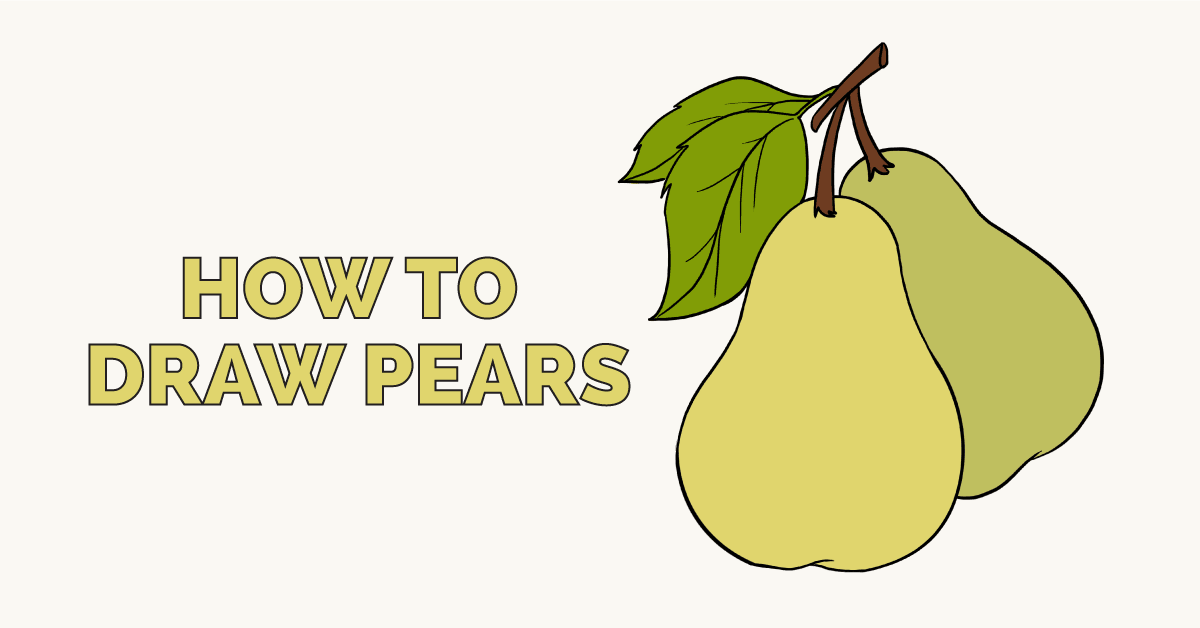 "On the first day of Christmas, my true love gave to me
A partridge in a pear tree."
- "The Twelve Days of Christmas," 1780

Pears are soft fruits that are grown in temperate regions around the world. They are enjoyed fresh, canned, in beverages, and in jellies. Pears likely originated in Europe and have been cultivated and consumed by humans since ancient times. The word "pear" comes from a German word for "fruit," and words for the pear exist in nearly every European language. There are a number of species that are native to Asia as well.

Pears are related to apples, and the two fruits can be difficult to distinguish, depending on the variety. One major difference is the presence of "stone cells" within the pear. These dense cells give the pear its characteristic "gritty" texture. Did you know? Scientists group pears in the same family as rose bushes, which also produce an edible fruit.

In art, pears are often depicted alongside other common fruits. The popular Shopkins line of children's toys includes pear themed characters, such as Posh Pear.The pear also features prominently in the song "The Twelves Days of Christmas," in which the fruit was part of the first day's gift. Pear trees were also mentioned in the ancient novel, the Odyssey.

Would you like to draw a juicy pear? Doing so is easier than ever with the help of this simple, step-by-step drawing tutorial. All you will need is a pencil, a sheet of paper, and an eraser. You may also wish to color your finished drawing using crayons, colored pencils, or markers.

1. Begin by drawing a circle. This will serve as a guide line to form the rest of the fruit.

2. Outline the pear. Use a long, curved line to enclose a rounded shape on top of the circle. Allow the line to cross into the circle, defining the shape. At the bottom of the circle, use two overlapping, short curved lines to detail the "belly button" of the fruit, where part of the flower was once attached.

3. Erase the original circle, leaving a clean outline of the pear. This shape is known as "piriform" or "pyriform."

4. Use a long, curved line to enclose the second pear, hanging at a diagonal angle and somewhat hidden behind the first.

5. Draw a stem above the pears. Begin with two curved, parallel lines. Enclose the lines using a short line on one end and a small oval on the other.

6. From the twig, extend two pairs of lines downward, one to each fruit. Notice that the lines diverge, growing farther apart as they reach the fruit. Enclose the ends using a series of connected, jagged lines.

7. Erase the guide lines from the stems.

8. Draw two narrowly spaced parallel lines extending from the twig to form a leaf's stem. Use curved lines of various lengths, meeting at jagged points, to outline the leaf. Then, outline a second leaf behind the first.

9. Draw veins across the leaves. Use a long, curved line for the central vein, and additional lines for the secondary veins.

10. Color your pears. Depending on the variety, pears range in color from green to yellow, from red to brown. They may contain combinations of all these colors.

Hungry for more fruit flavored drawing guides? We've got you covered with lemons, apples, pineapples, pumpkins, and more. Check them out among our selection of plant drawing guides.

The Complete Pears Drawing Tutorial in One Image

How to draw: Pears - all drawing steps