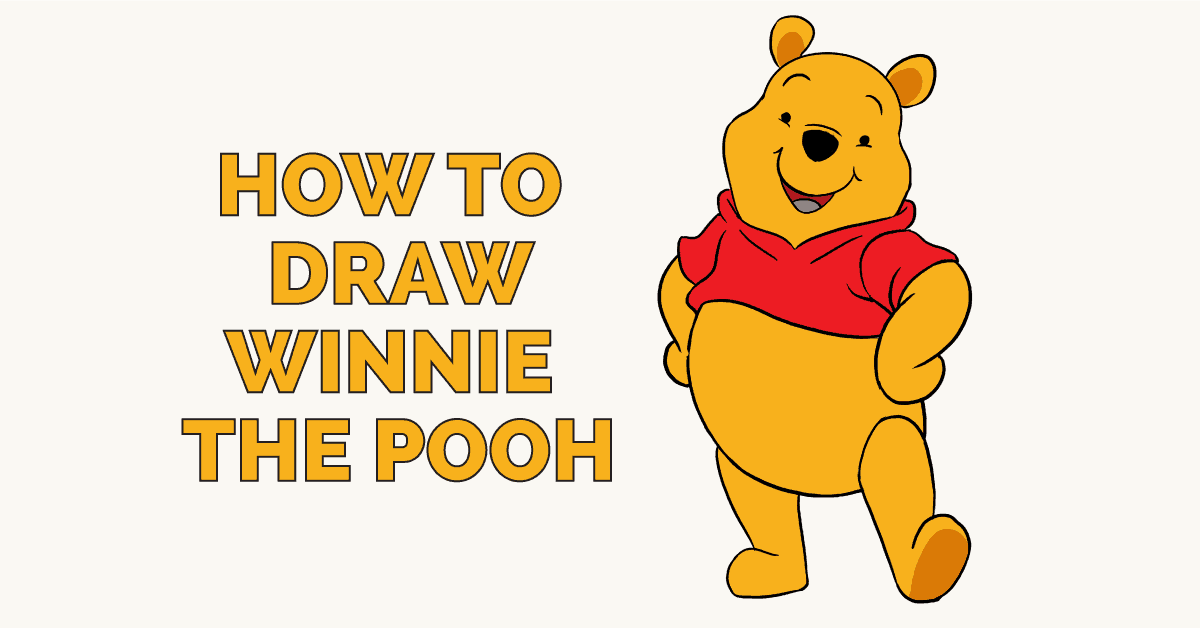 Winnie the Pooh has been a classic childhood character since the first collection of author A. A. Milne's children's stories was published in 1926.

In the time since, Pooh Bear has starred in numerous books, movies, television series, and promotional products. In the past, the stories were even adapted as stage and radio plays.

The Hundred Acre Wood, Pooh's home, is inhabited by a diverse cast of characters, including Piglet, Tigger, Rabbit, Owl, Eeyore, Kanga, and Roo.

Christopher Robin, a human child, is also among Pooh's friends. He was based on the author's own son by the same name, and the animal characters were his stuffed animals.

The stuffed bear "Winnie the Pooh" was named by young Christopher after a bear named Winnie that he saw at the London Zoo, and a swan named Pooh.

The Wood, too, was based on a real park in England.

Would you like to draw a friend like Pooh? Now you can, with the help of this easy, step-by-step drawing tutorial.

Step by Step Instructions for Drawing​​​ Winnie the Pooh

3. ​​​​​​​Next, extend a long, curved line beneath the head and double it back upon itself to enclose the pudgy body.

4. ​Draw Pooh's legs. For each leg, begin with a pair of curved lines. To form the foot, allow one line to curve around and meet the bottom of the other, curving past it to shape the top of the foot.

8.​​​ ​​​​​​​​​​Detail the shirt with the texture of folded fabric using short, curved lines. Then, draw Pooh's arms using a series of curved lines.

10. ​​​​​ ​​Color Winnie the Pooh. He is typically a golden yellow with a red shirt. Give him a home in the Hundred Acre Wood using our forest drawing guide.

Would you like to draw other fun cartoon characters? Our cartoon drawing guides can show you how.

The Complete Winnie the Pooh Drawing Tutorial in One Image

How to draw: Winnie the Pooh - all drawing steps