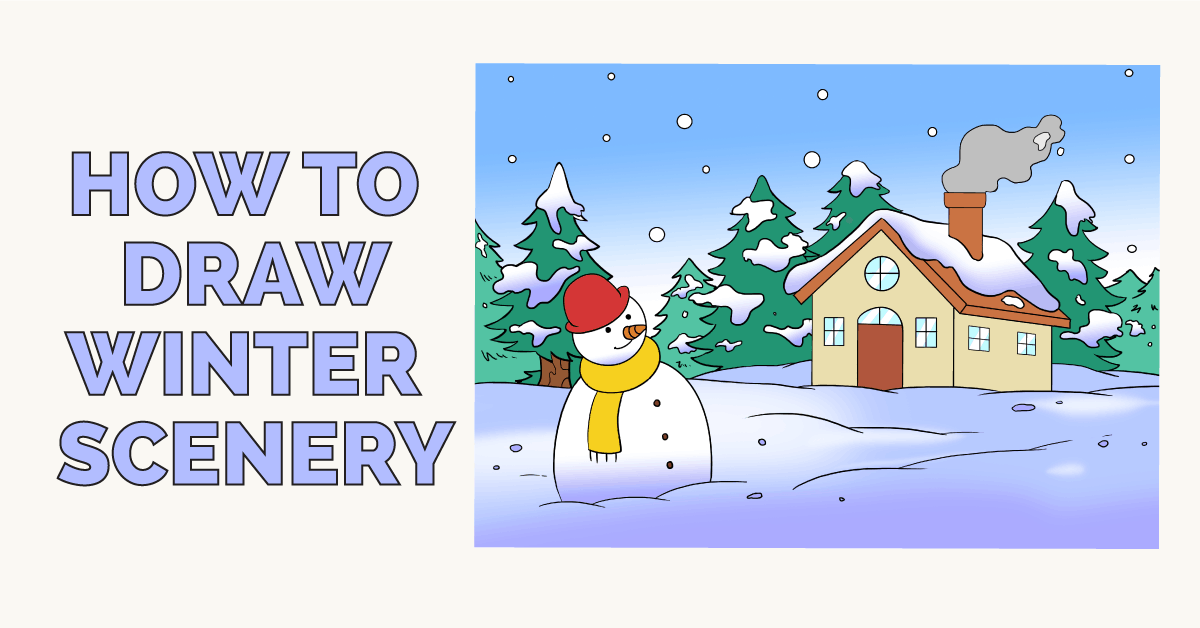 "Sleigh bells ring
Are you listening?
In the lane
Snow is glistening.
A beautiful sight,
We're happy tonight
Walking in a winter wonderland."
- "Winter Wonderland," 1934

​Scenes of peaceful winter scenery, and the glimmer of new fallen snow, are a common theme in both the visual and literary arts. In Lois Lowry's The Giver, just such a scene was the first memory given to young Jonas - and played a role in the book's final chapter.

​In the famous poem by Robert Frost, "Stopping by Woods on a Snowy Everning," the scene is captured in these words: "Whose woods these are I think I know... He will not see me stopping here to watch his woods fill up with snow...Between the woods and frozen lake, the darkest evening of the year."

​Would you like to draw a winter wonderland? Doing so is easier than ever with the help of this simple, step-by-step drawing tutorial. You will need only a pencil, a sheet of paper, and a good eraser. You may also wish to use colored pencils or other tools to shade your finished drawing.

​Step by Step Instructions for Drawing ​​a Winter Scene

1. Begin by sketching in the horizon line. Use short and long strokes, allowing the lines to overlap slightly. This will give the ground the uneven texture of snow drifts.

3. Add detail to the house. Draw two straight, parallel lines extending from the roof, and top it with a small rectangle to form the chimney. Draw a rectangle to form the door, then add an arch atop it using a curved line. Draw a short, vertical line through the arch. Then, draw a circle above the door and small squares along the walls to form windows. Draw a set of perpendicular lines across each window.

4. Draw a snowman in the foreground. Give him a firm foundation using curved, overlapping lines. This indicates the snow drift on the ground. Draw a small circle for the head; beneath it, enclose a small and large rounded shape to form the scarf and lower section of the body.

5. Every snowman needs a top hat; enclose one using two curved lines. Erase guide lines as necessary. Then, draw a rounded rectangle beneath the snowman's middle. Extend short lines from the rectangle, giving it the fringe of a scarf.

6. Draw pine trees in the background. Begin by using curved lines to form a hill. Use short, curved lines connected at dull points to form the trees. For the nearest tree, draw a trunk using two curved lines.

7. Draw snow covering the trees and house. Do so by enclosing irregular shapes, using curved lines.

9. Draw additional trees in the background, again using short, curved lines. Enclose an irregular shape above the chimney to indicate smoke. Detail the snowman - add small circles to his body to form buttons, dots for eyes, a curved line for a mouth, and a triangle ringed with curved lines to display his carrot nose. Use curved lines to add more drifting snow, and circles of various sizes to indicate falling snowflakes.

The Complete Winter Scenery Drawing Tutorial in One Image

How to draw: Winter Scenery - all drawing steps 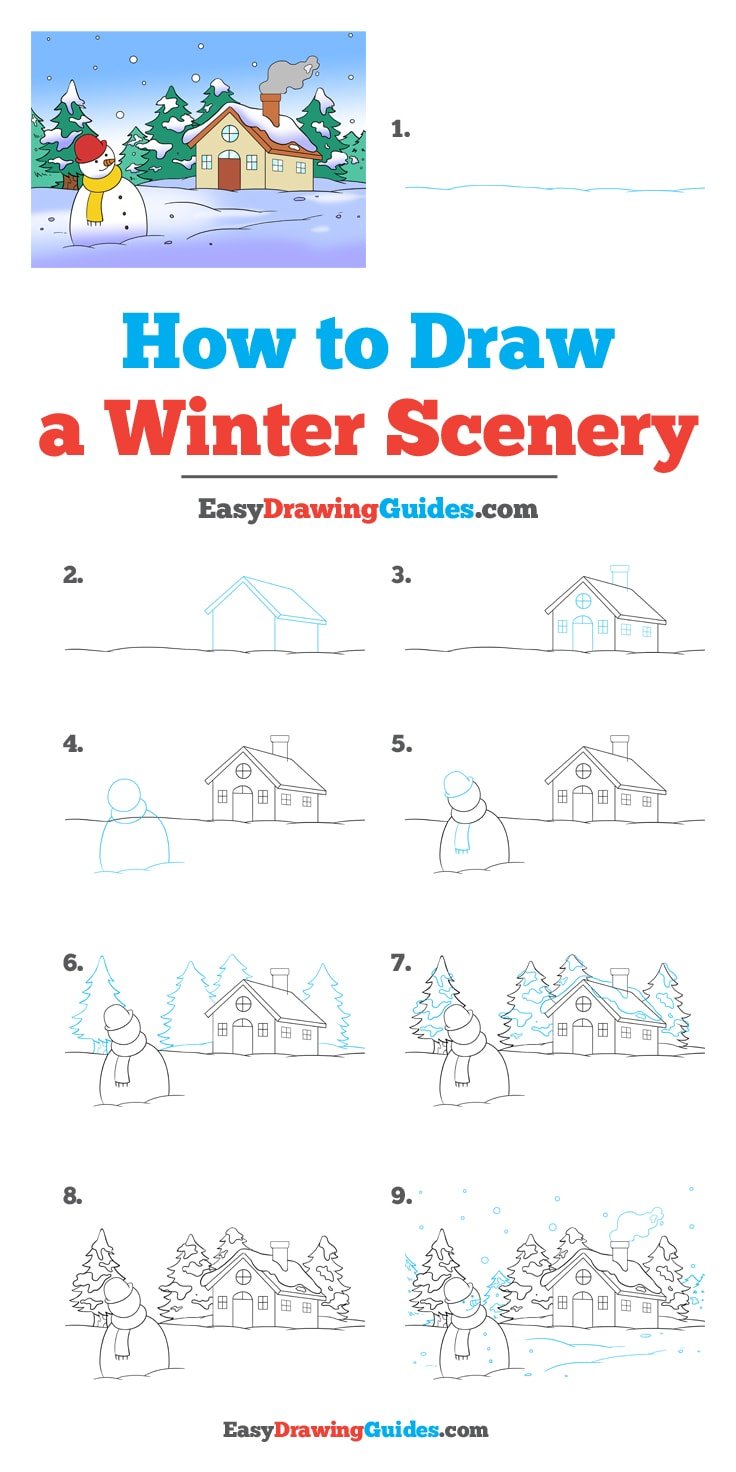