Learn how to draw a great looking Bulldog with easy, step-by-step drawing instructions, and video tutorial.

By following the simple steps, you too can easily draw a beautiful Bulldog. 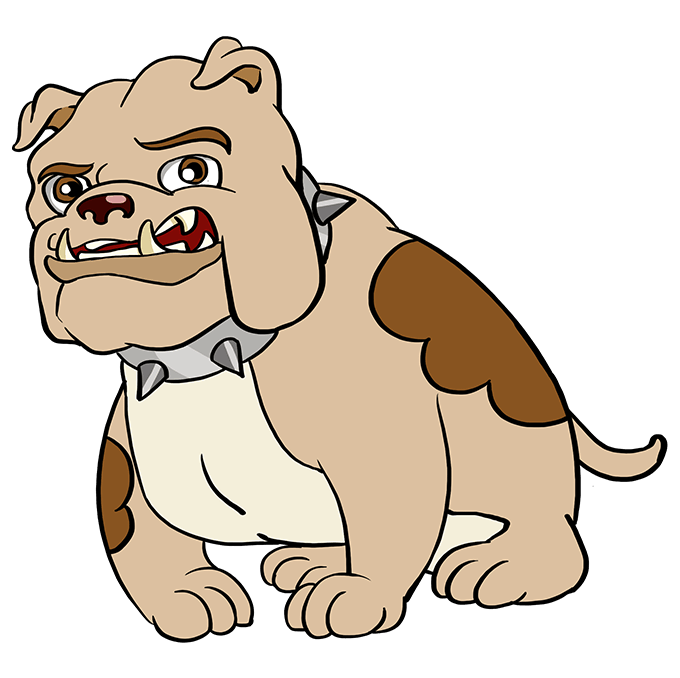 The bulldog is a short, stocky dog bred for centuries in Britain. It has a short nose and folds of skin that give it a wrinkled and frowning appearance, earning it the nickname "sourmug."

Originally, the bulldog was a fierce predator used for fighting bulls. When these dogfighting events were banned in 1835, the breed nearly died out. However, enthusiasts kept it going, selecting for a loveable rather than ferocious personality. Today's bulldogs are gentle pets and guardians.

Bulldogs are a fond mascot of England and the United Kingdom. During World War II, bulldogs represented Winston Churchill's firm stand against the Nazi regime. A bulldog named Venus was the mascot of one British Royal Navy ship, and Handsome Dan represented Yale University. The bulldog is also the official mascot of the U.S. Marine Corps, and bulldogs live on many marine bases. A number of sporting teams have also adopted a bulldog mascot.

Hector the bulldog is among the most well-known cartoon bulldogs. He is often seen restraining Sylvester the cat so that he won't eat Tweety Bird. Another is Spike, Looney Tunes' tough, scowling grey bulldog in a red sweater and brown hat.

Would you like to draw a tough-looking bulldog? This easy, step-by-step cartoon drawing guide is here to help. All you will need is a pen, pencil, or marker and a sheet of paper. You may also wish to color your finished dog.

If you liked this tutorial, see also the following drawing guides: Pug, Husky, and Wolf.

Step-by-Step Instructions for Drawing a Bulldog 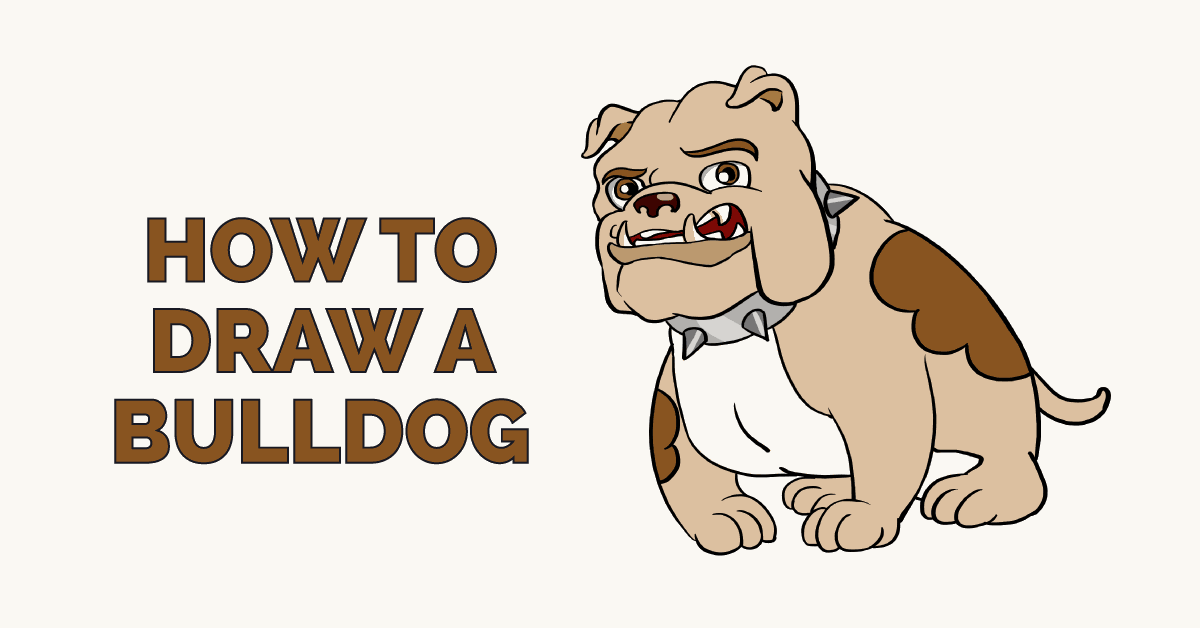 How to Draw a Great Looking Bulldog for Kids, Beginners, and Adults - Step 1 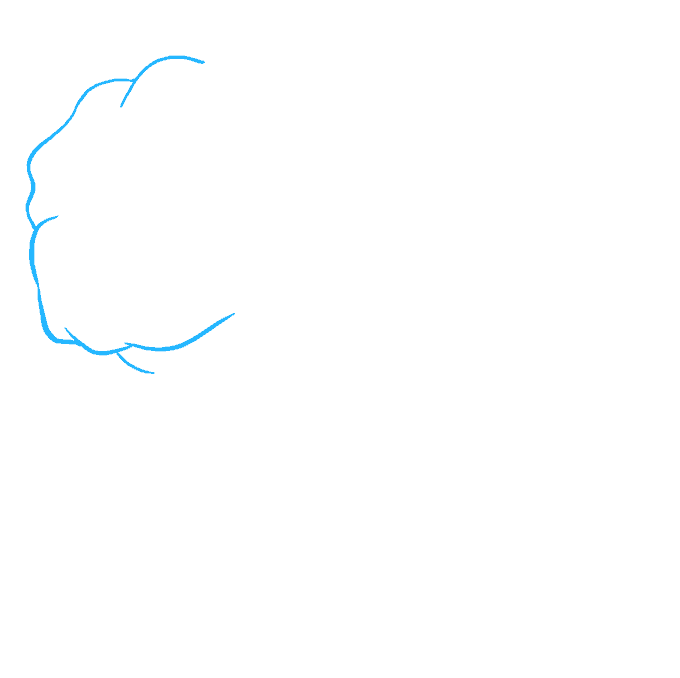 1. Begin by sketching the bulldog's head. Use overlapping curved lines to craft a lumpy, incomplete circle. 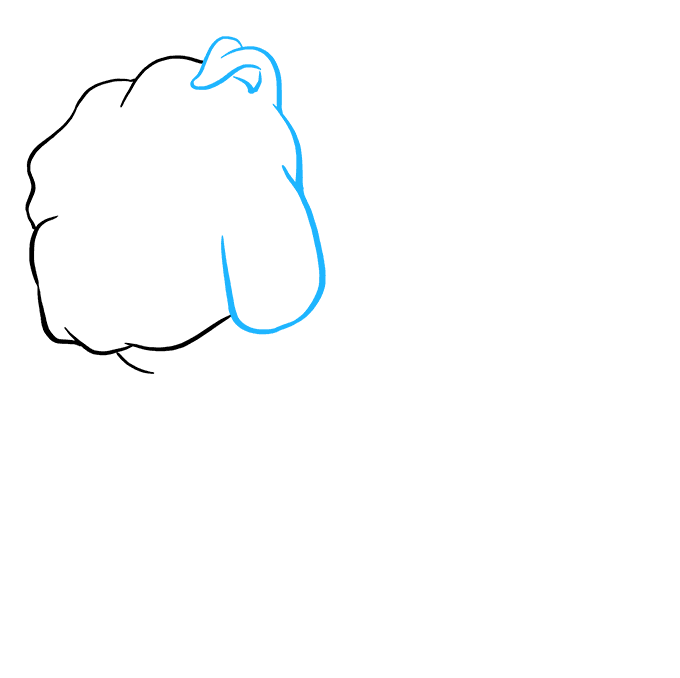 2. Use curved lines to draw the rounded, triangular shapes of the inner and outer ear. Then, use curved and "U" shaped lines to complete the irregular circle. Note the large "U" shaped jowl. 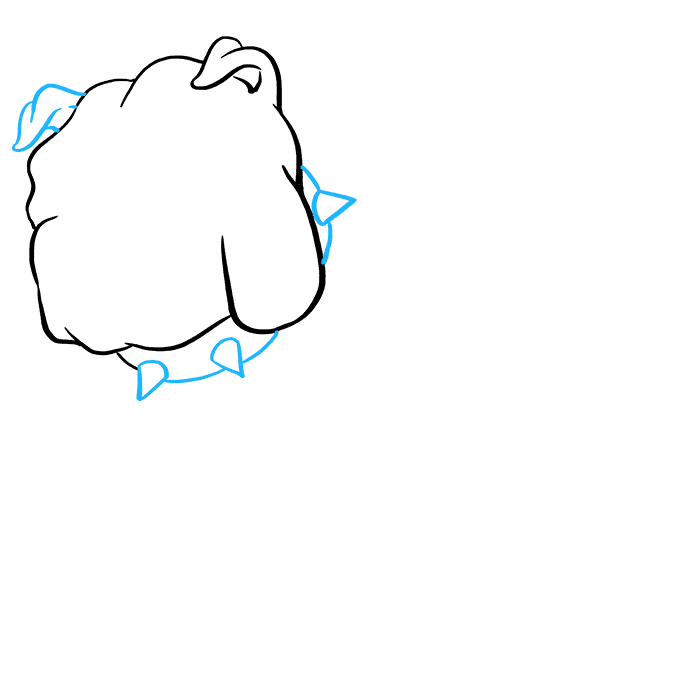 3. Use curved lines to craft the somewhat triangular shape of the remaining floppy ear. Then, draw the collar. Begin by drawing small triangles with rounded bases pointing outward from the dog's neck. Then, connect these using curved lines, forming the collar. 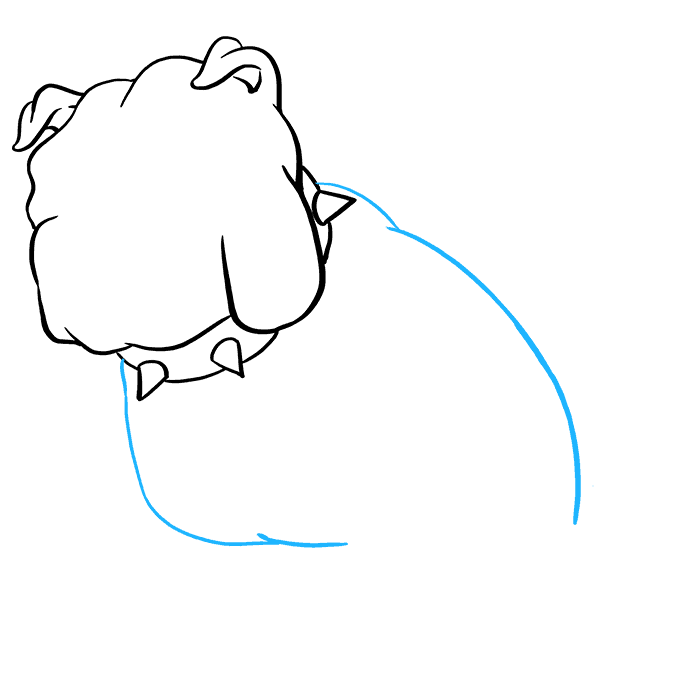 4. Use long, curved, overlapping lines to sketch the dog's back and chest. 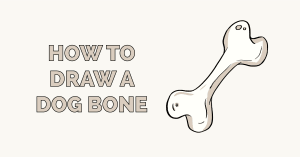 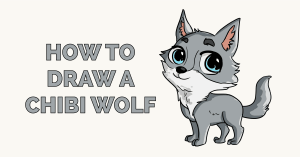 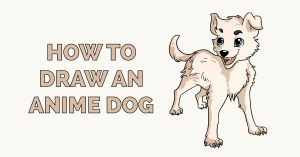 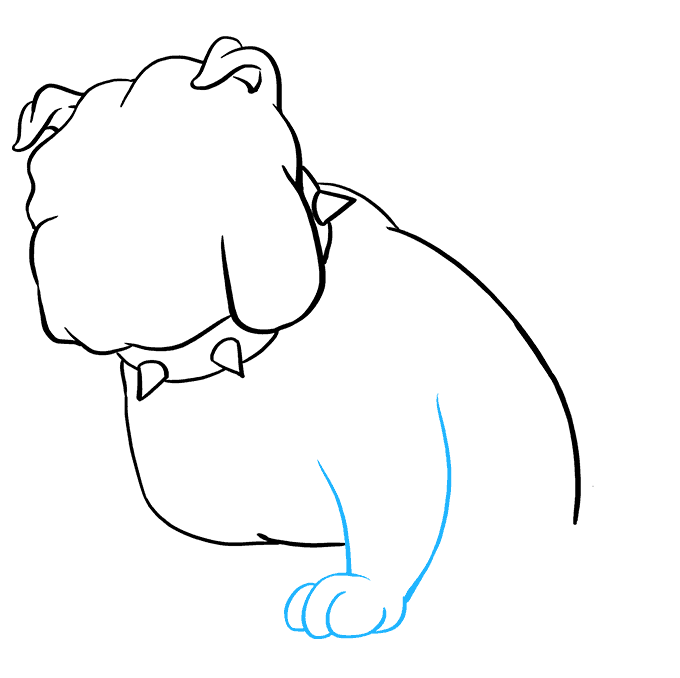 5. Draw the foreleg. Extend a pair of curved lines from within the body, allow them to converge. Use overlapping "U" shaped lines to enclose the paw, indicating the toes. 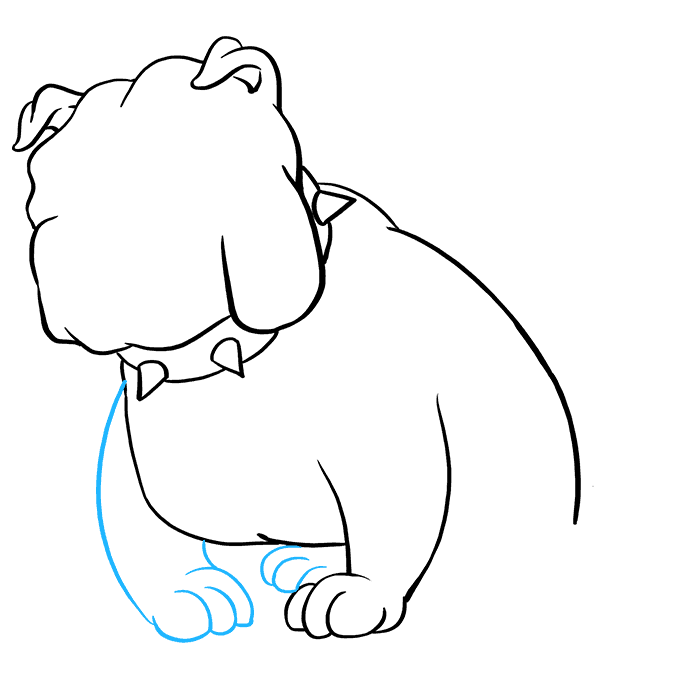 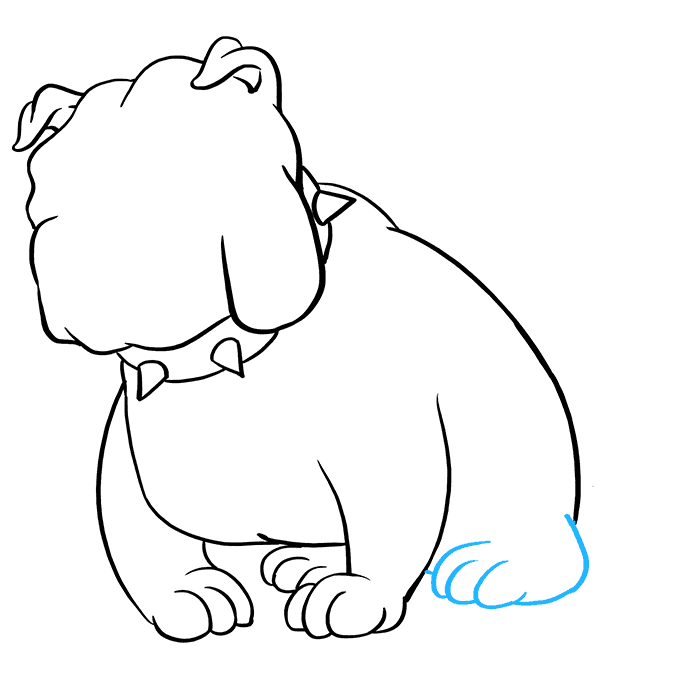 7. Draw the remaining rear paw. Again, use overlapping "U" shaped lines to form the toes and the bottom of the paw. 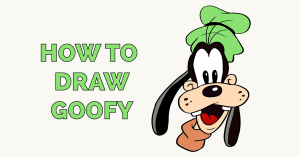 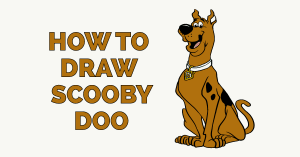 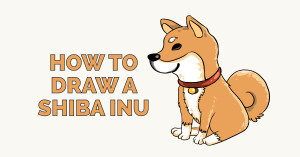 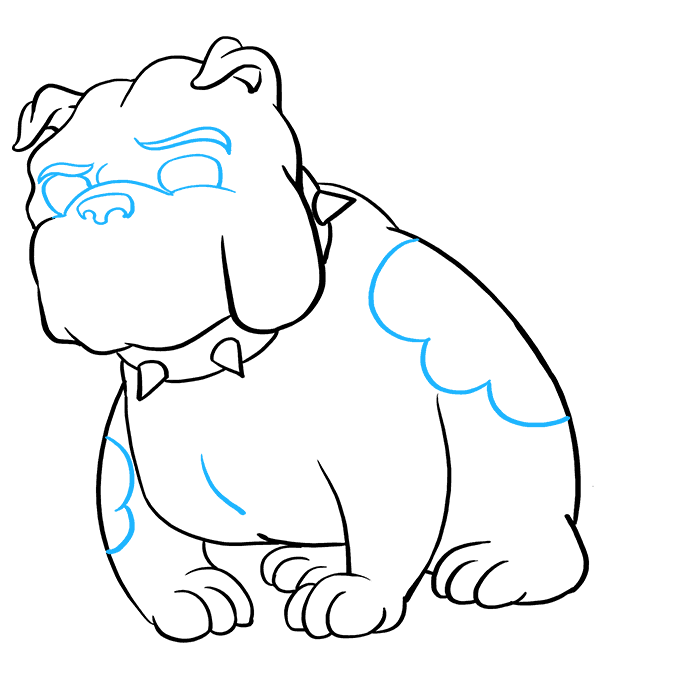 Complete the Outline of Your Bulldog Drawing - Step 9 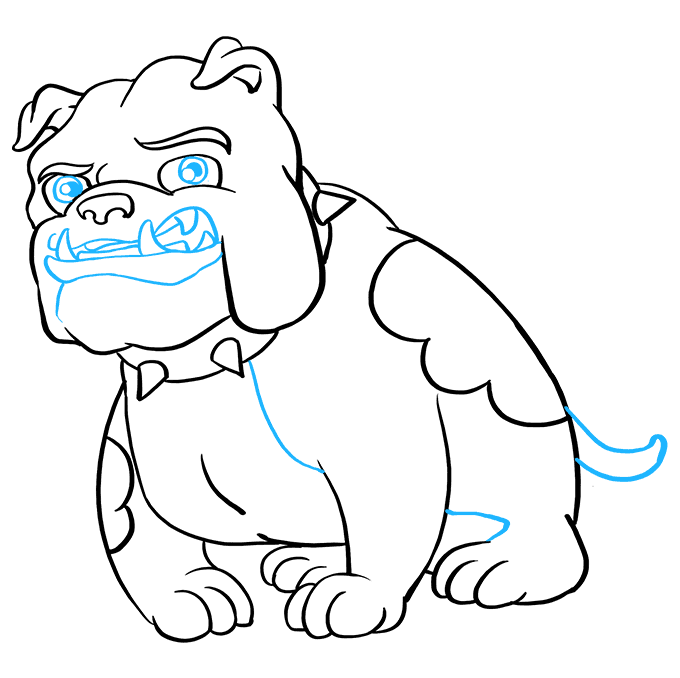 9. Use long, curved lines to sketch the bulldog's lower lip and open mouth. Then, draw curved triangles to indicate the protruding teeth.

Color your bulldog. Bulldogs can be spotted or solid in color, typically in shades of tan, white, grey, or reddish brown. They may also be brindle, a delicate brown and black striping.

Check out our animal drawing guides, where you'll find plenty of other dog cartoons to complete your pack. 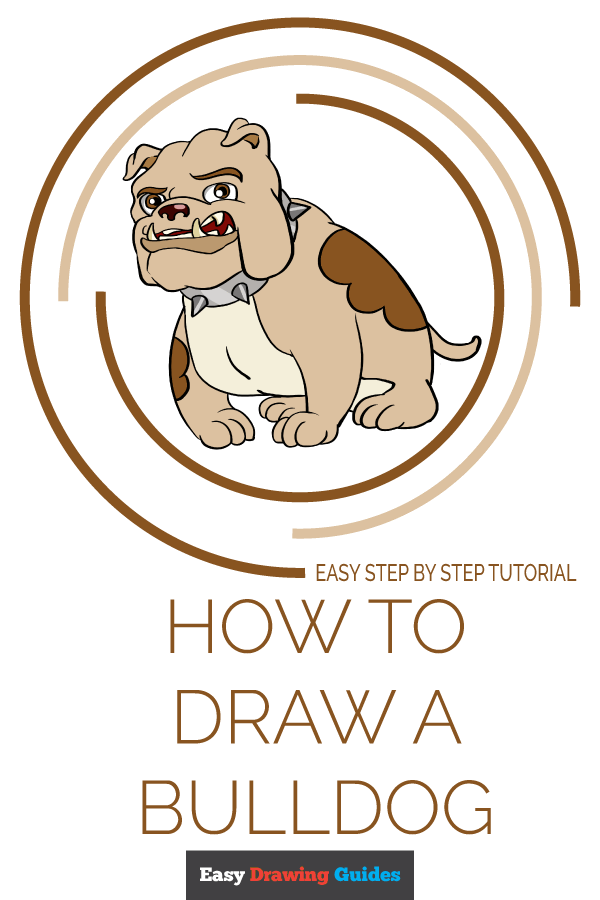 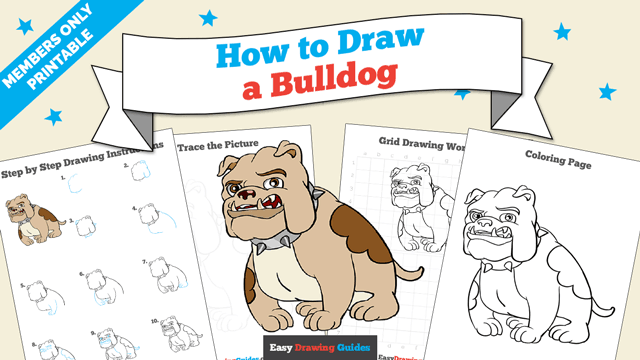