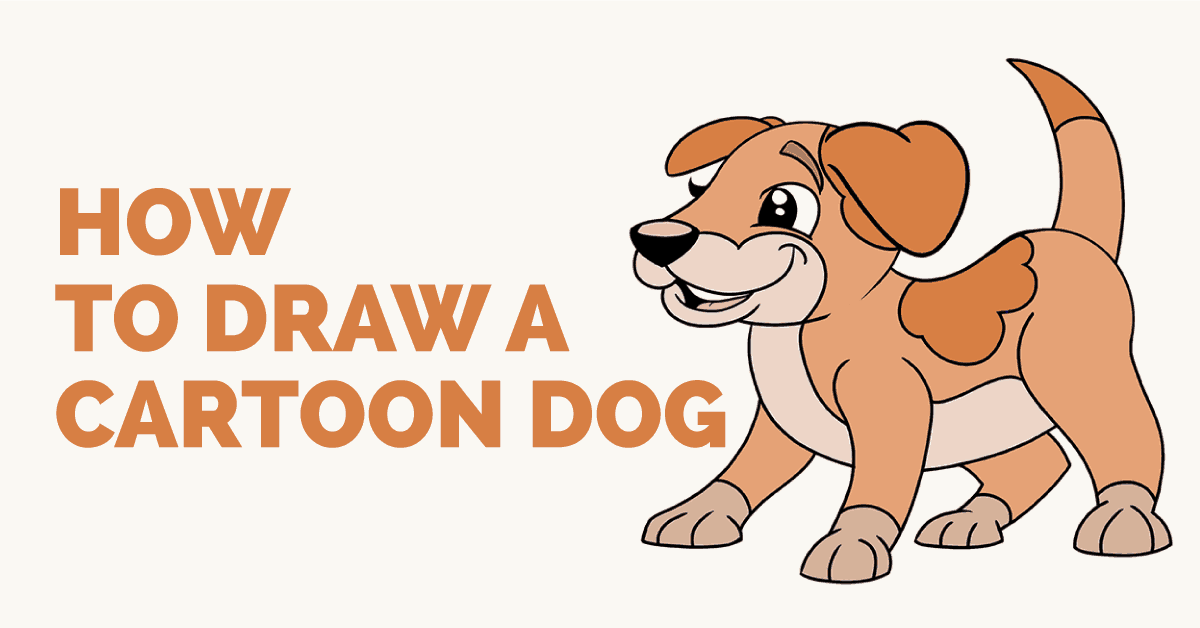 Both children and adults are delighted by the companionship and antics of canines. As perhaps the first animals to be truly domesticated, dogs have played a role in human society for thousands of years.

This is evident in relics of the past. For example, statues and paintings from ancient Egypt depict Anubis, a god with the head of a dog. In the ancient Greek epic The Odyssey, Odysseus' dog Argos warmly greets him after he returns home after a 20-year voyage.

From the Middle Ages onward, dogs were often included in paintings to symbolize "loyalty, fidelity, faithfulness, watchfulness, and love." Some have been immortalized in literature or film. The dog in this drawing guide, for example, resembles The Pokey Little Puppy, a children's book favorite throughout the twentieth century. Dogs appear in anime cartoons, as Looney Tunes characters, and even in live action films like Beverly Hills Chihuahua, Homeward Bound, Snow Dogs, or the Air Bud and Buddies series.

You, too, can draw a playful cartoon dog. Follow the step-by-step instructions in this easy drawing tutorial 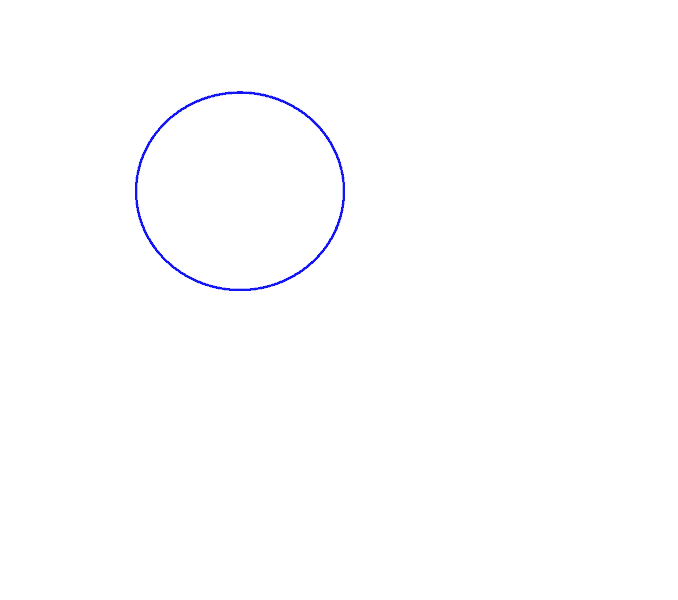 1. Begin by drawing a circle. This will become the dog’s face. 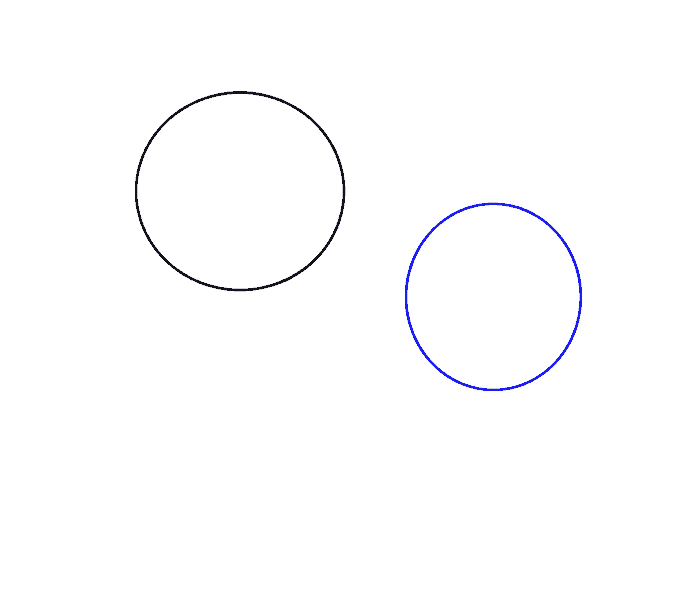 2. Draw a second circle, not touching the first. This will help you to sketch the dog’s body. 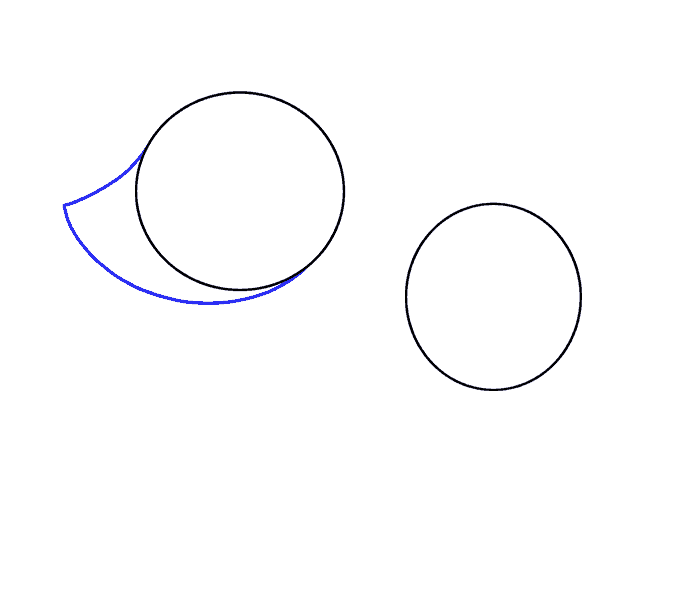 3. Extend a pair of curved lines from the circle of the head. Allow them to meet at a gentle point. This will become the dog’s nose. 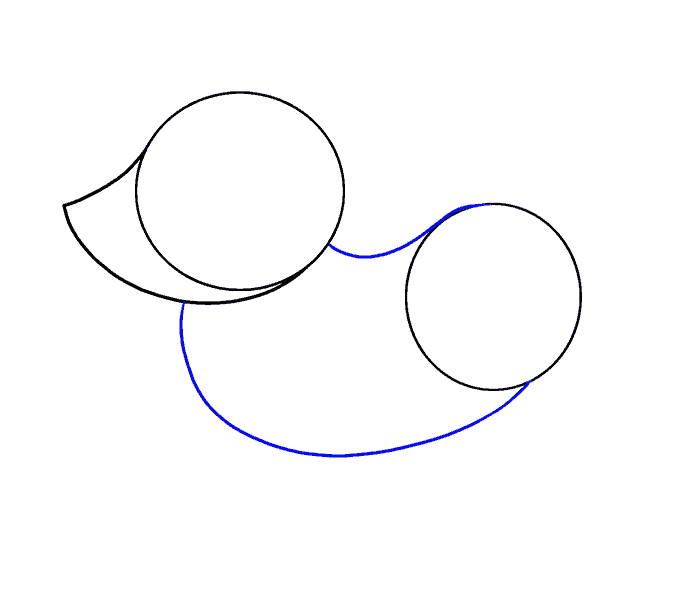 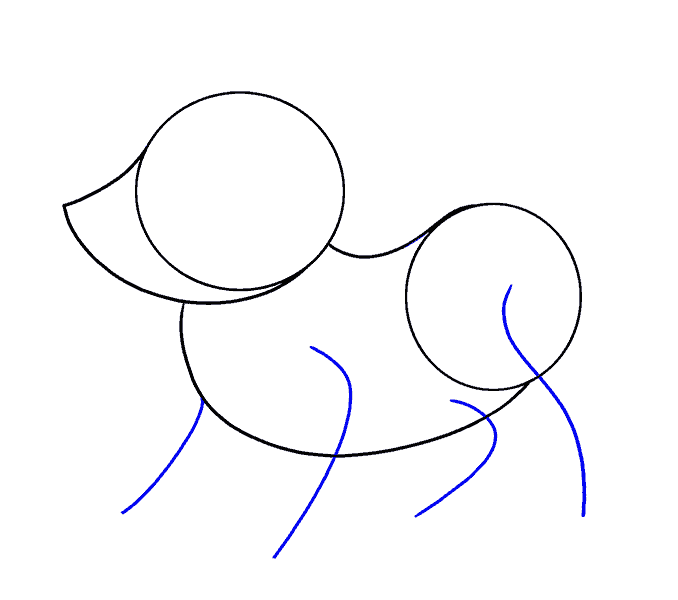 5. Draw curved lines to guide you in sketching the legs. 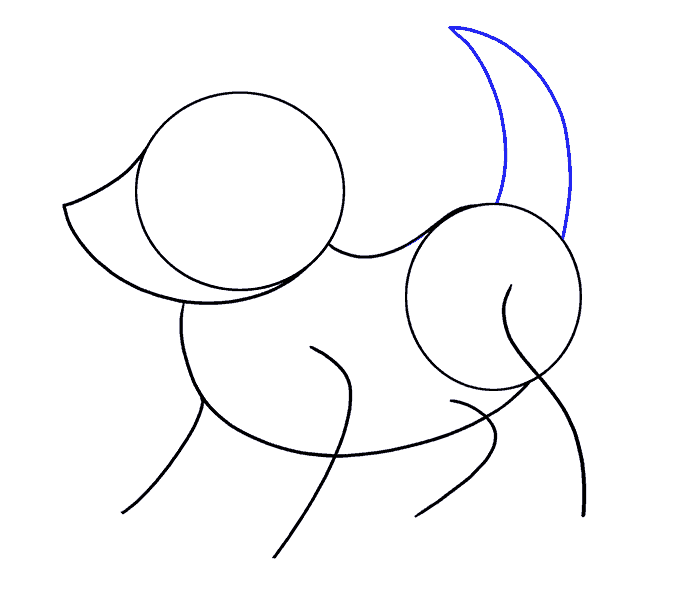 6. From the hips, extend a pair of curved lines upward. Allow them to meet at a point, enclosing the puppy’s tail. 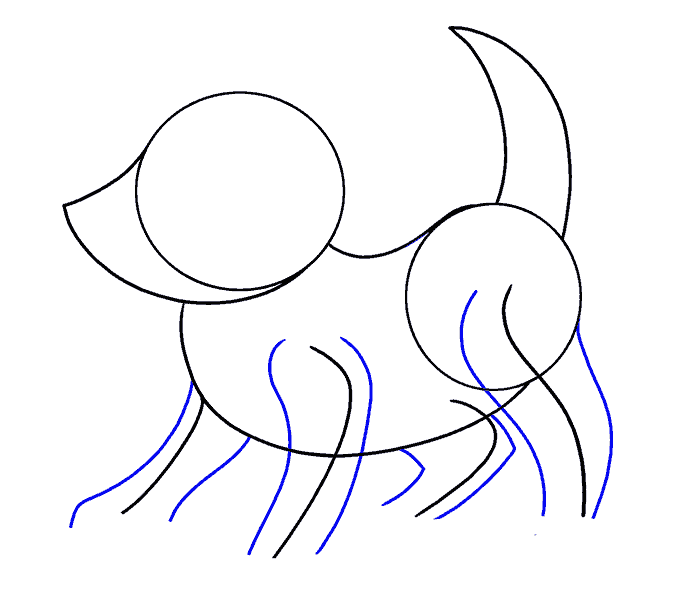 7. Flesh out the canine’s legs. Around each of the guide lines, draw a pair of curved lines, sketching the front and back of each leg. 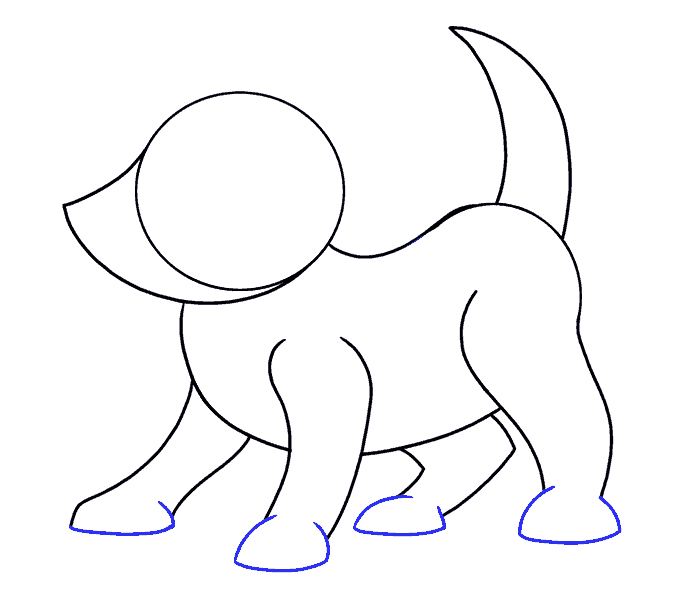 8. Erase the guide lines from the dog’s body, leaving a clean outline. Then, draw the feet or paws, using curved lines to sketch the incomplete semicircular shapes. 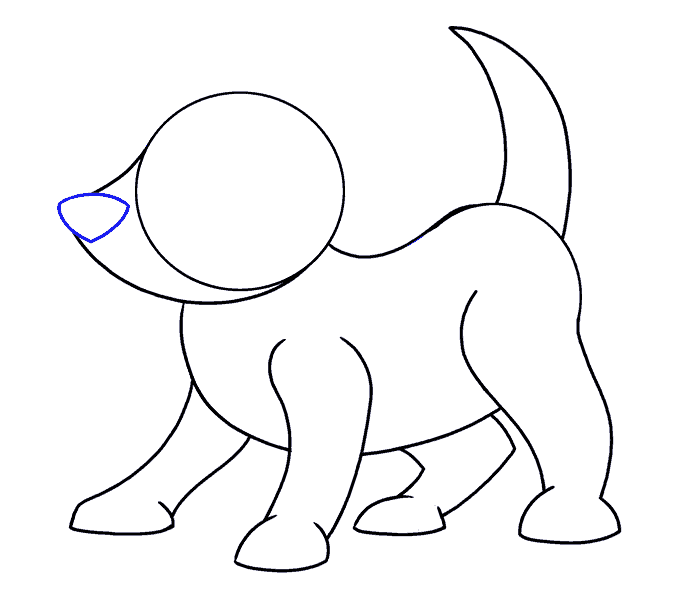 9. Draw a rounded, inverted triangle on the dog’s snout, erasing as necessary. This is the dog’s nose. 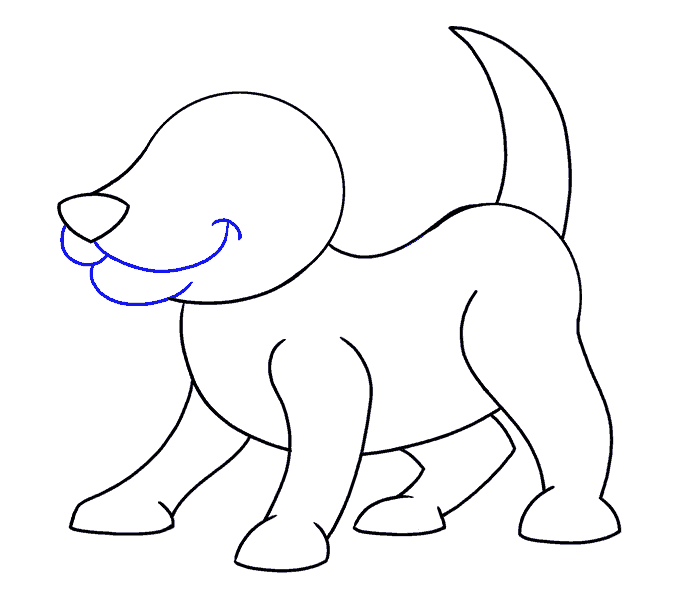 10. Erase the guide lines of the dog’s mouth. Then, use curved lines to draw the upper lip, lower lip, and the contour at the corner of the mouth. 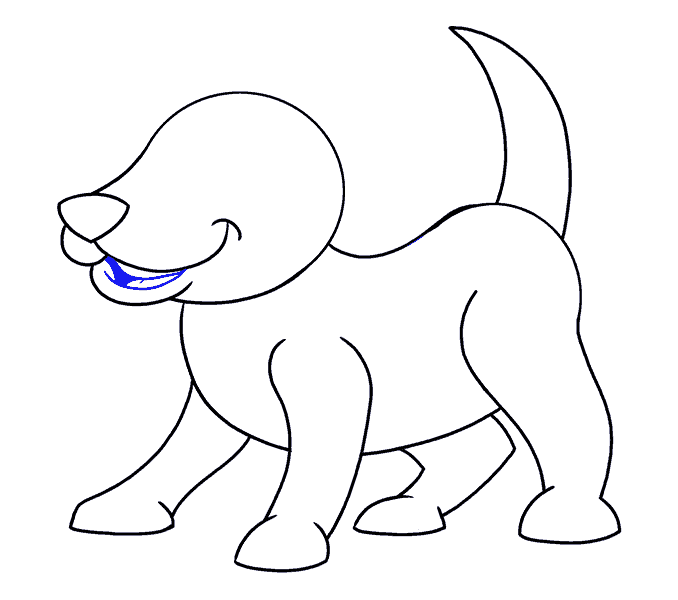 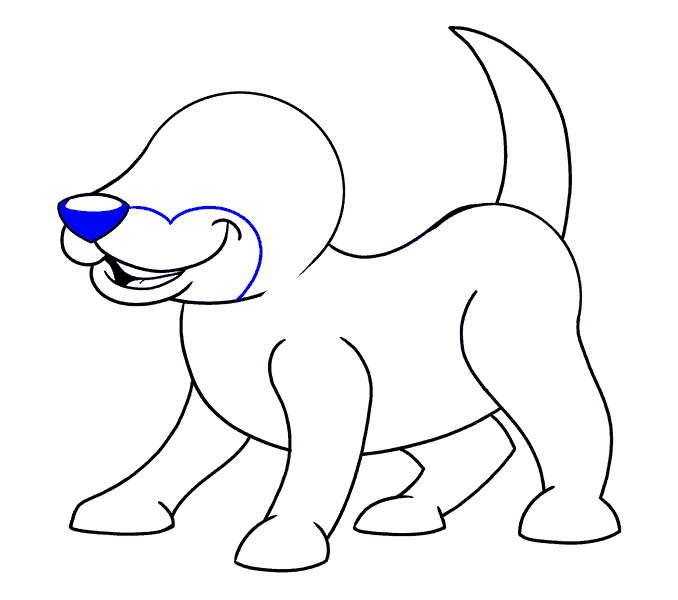 12. Draw an oval within the shape of the nose, and shade around it. Use curved lines to draw a shape around the mouth. 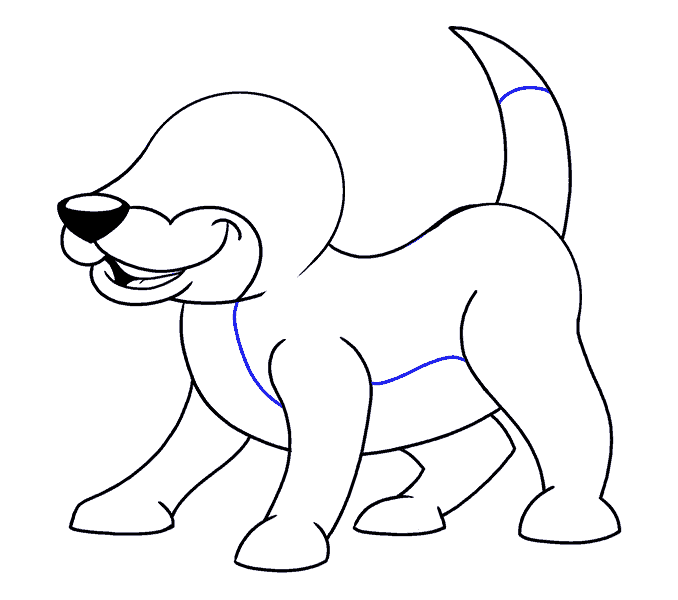 13. Draw curved lines along the belly and across the tip of the tail. 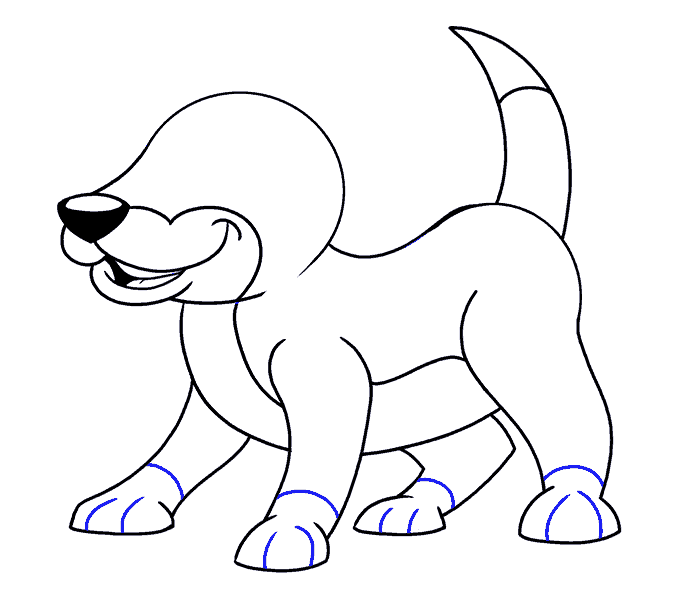 14. Band the ankles with curved lines. Draw additional curved lines at the tips of the feet to distinguish the toes. 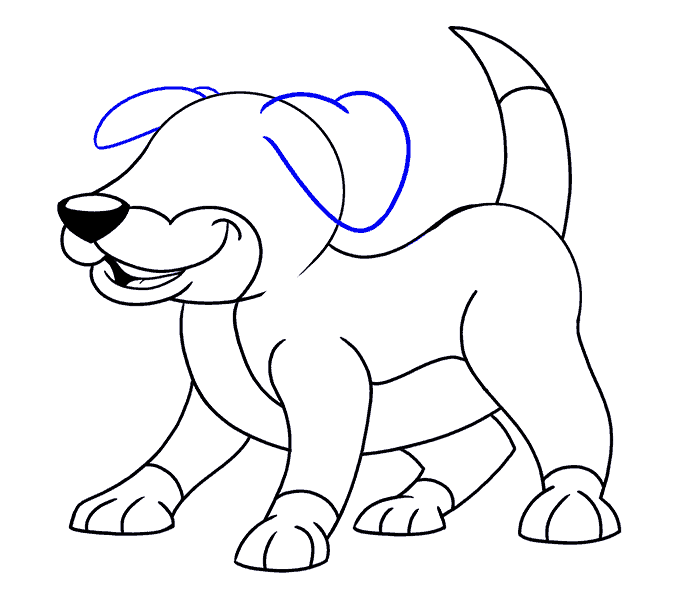 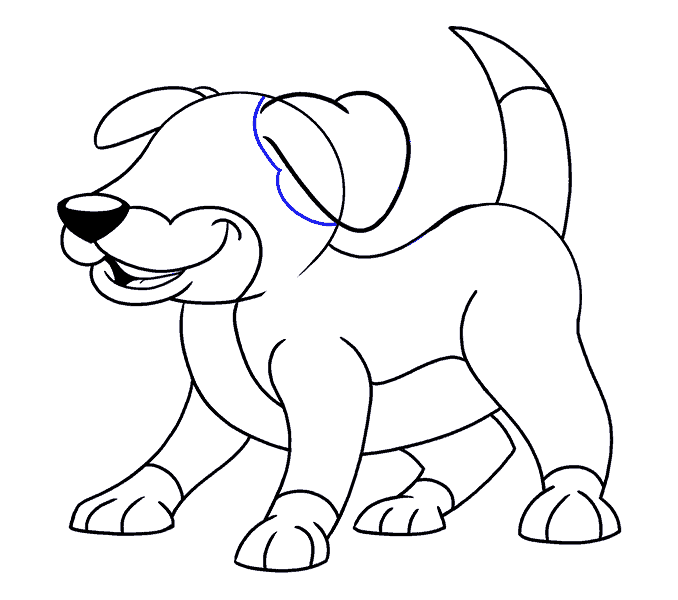 16. Use curved lines to outline a spot around the pup’s ear. 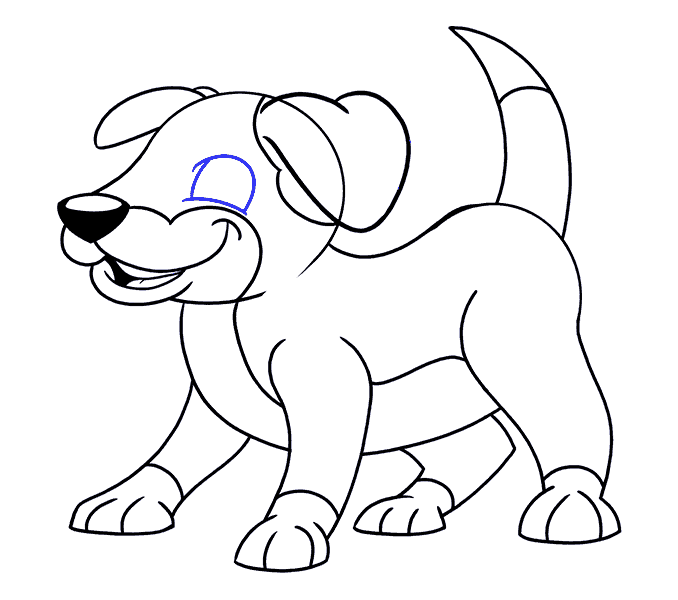 17. Outline the half-oval shape of the eye using curved lines. Draw a curved line across the eye, forming the pupil. Inside it, draw two small circles and shade around them. Use curved lines to outline the eyebrow, triangular and pointed on one end. Draw a thick curve from the front of the face, indicating the lashes of the hidden eye. 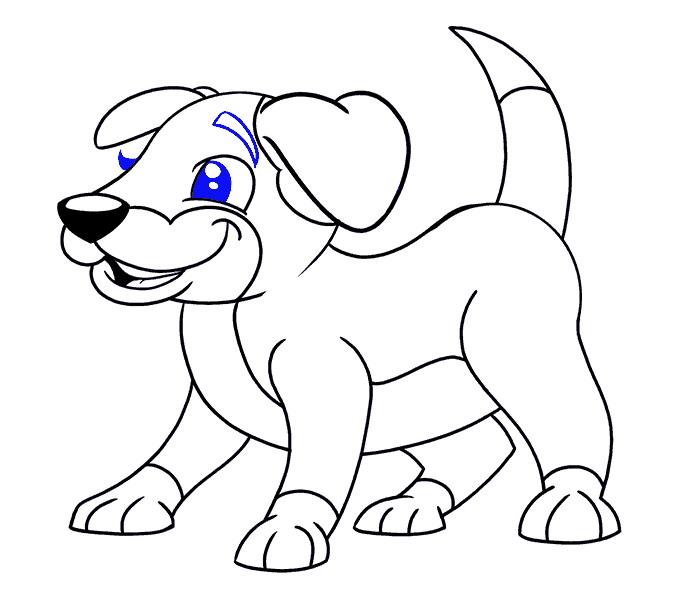 18. Use curved lines to enclose the irregular shape of a spot on the dog’s back. 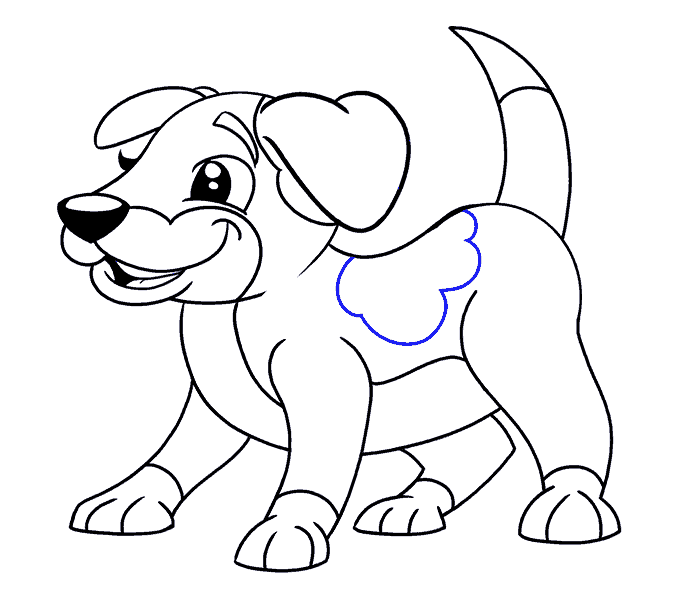 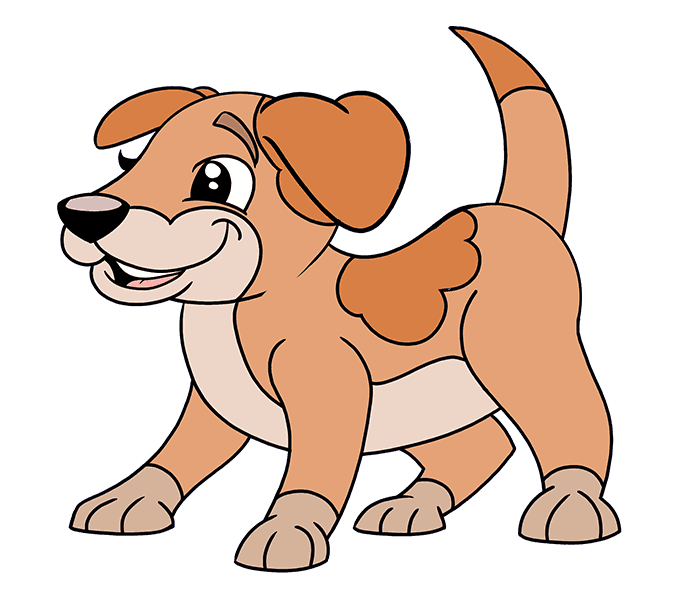 20. Color your playful cartoon puppy. Dogs come in many, many colors, including white, cream, black, grey, brown, tan, reddish, or even bluish-grey!