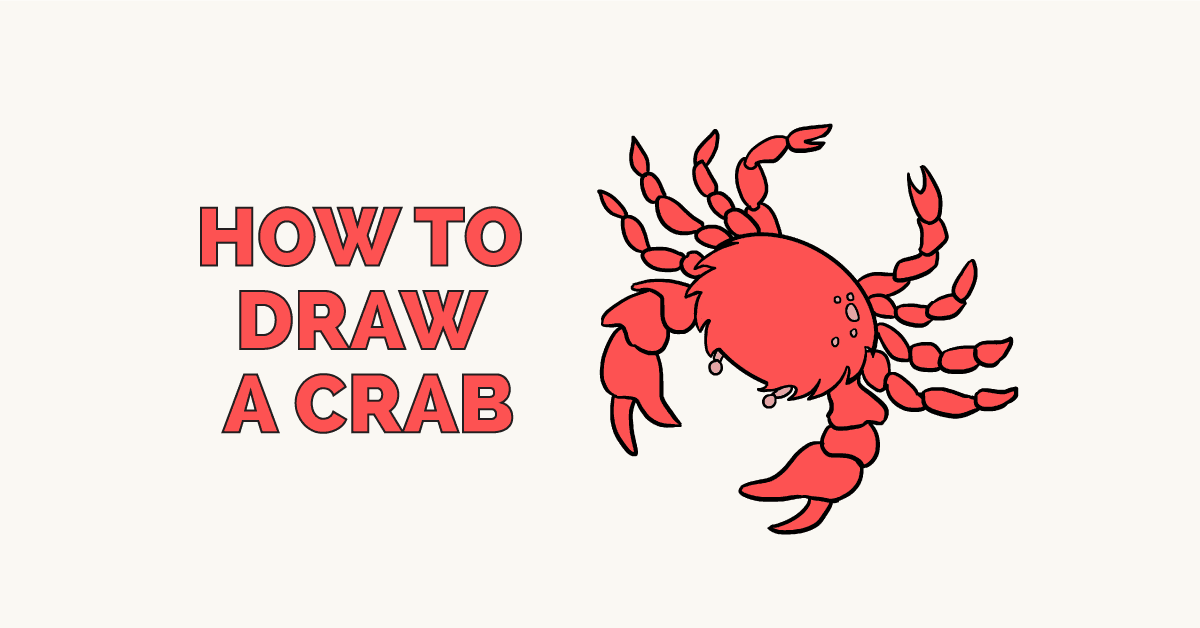 Crabs live in all the world's oceans. This animal is an invertebrate - an animal with no backbone - covered in a hard shell, equipped with a set of claws or pincers. Crabs range in size from tiny pea crabs - only a few millimeters in length - to the giant Japanese spider crab, whose legs can span up to thirteen feet.

Crabs live in a variety of environments, from freshwater lakes and rivers to the salty ocean shores. Some crabs are terrestrial, meaning they live mostly on land. A few species even climb trees! The horseshoe crab is known as a "living fossil." Why? This animal has been preserved in fossils dated to 450 million years ago.

Today, hermit crabs and fiddler crabs are kept as pets by children and hobbyists around the world. Fiddler crabs do a fascinating "dance," and hermit crabs can be enticed to change into fancifully decorated shells. Snowshoe and king crabs are prized for their culinary contributions.

In popular culture, crabs are often depicted in connection with the tropics, travel, and beach vacations. T-shirts and bumper stickers from the restaurant Joe's Crab Shack are commonly seen.

The stellar constellation and corresponding astrological sign, Cancer, is represented by a crab. Other astronomical objects, such as the Crab Nebula and Crab Pulsar, are named for their resemblance to the animal. This animal has also played a role in major films, such as the character Sebastian in Disney's The Little Mermaid (1989).

Don't be crabby! Drawing this crustacean is easy with the help of this simple, step-by-step drawing tutorial All you will need is a pencil, an eraser, and a sheet of paper. You may also wish to color your finished drawing.

​Step by Step Instructions for Drawing​​​ a​​ ​Crab

2. ​​​​​​​​​Along the narrow ends of each oval, draw a series of connected, short, curved lines, allowing the lines to meet in sharp points. This details the spiny sides of the crab's shell.

3. ​Erase the guide lines from the crab's shell.

4.​ Draw small circles and ovals near the bottom of the crab's shell, adding detail. At the front of the shell, enclose two partial ovals. Place a small circle at the end of each oval. This forms the crab's eye stalk and eye.

5.​​ ​​​​​Next, enclose a series of irregular shapes to form the arm and claw of the crab.

6.​ ​​​​​​​​​​​Enclose irregular, connected shapes on the opposite side of the crab, forming a mirror image of the first claw. Notice how each section has a rounded base and a pointed protuberance.

7. ​​​​​​​​​​Crabs have eight legs. Draw the first four of these legs. For each leg, connect three irregular oval shapes in sequence. Notice that the final shape in the series is teardrop shaped, giving the crab a pointed foot.

8.​​​ ​ Draw the next set of legs, again using a series of three irregular ovals and a teardrop shape for each leg. Notice that these legs are slightly shorter than the previous.

10. Color your crab. Crabs are often depicted as being bright red, but they come in a variety of colors, including brown and even electric blue!

Let your pencil and paper take you on a journey of more seafaring fun. Check out our animal drawing guides, where you'll find a variety of fish, sharks, whales, dolphins, and more.

The Complete Crab Drawing Tutorial in One Image

How to draw: Crab - all drawing steps