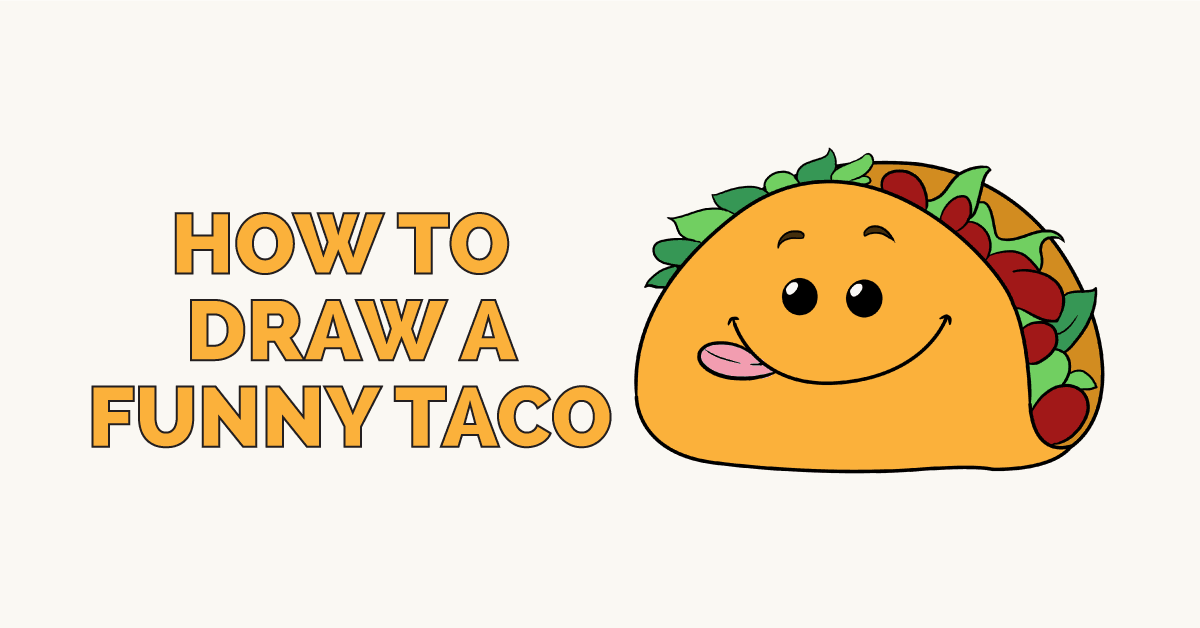 Fast food chains such as Del Taco and Taco Bell have popularized the taco, and it is now synonymous with Tex-Mex food. Tacos are a traditional Mexican dish made by wrapping a tortilla around various fillings. The dish itself predates European colonization of Mexico; early indigenous peoples ate tacos filled with fish.

Tacos vary by region. In the United States, tacos are often hard corn tortillas filled with ground beef, sour cream, and lettuce. Mexican street tacos typically consist of a variety of meats - beef, chicken, pork, sausage, or seafood - folded into a double corn tortilla and topped with onions, cilantro, and lime juice. Breakfast tacos may be filled with eggs.

The origin of the word taco is much disputed, but it is possible that it comes from the use of the word meaning "plug" in the mining industry. Explosive "plugs" or "tacos" used in mining were papers folded around gunpowder.

Would you like to draw a funny cartoon taco? This easy, step-by-step drawing guide is here to help. All you will need is a pencil, an eraser, a sheet of paper, and perhaps colored pencils, markers, or crayons to color your finished drawing.

If you liked this tutorial, see also the following drawing guides: Corn Cob, Mouth and Tongue, and Piñata.

​Step by Step Instructions for Drawing​ a Funny Taco

1. Begin by drawing a half circle, open to the bottom. This outlines the basic shape of the taco.

2. Draw a curved line from one side of the taco to the other. However, do not attach the line on one side. Instead, allow it to extend beyond the half circle. Then, connect the two lines at a sharp point using a short, curved line. This completes the outline of the front of the taco shell.

3. Draw another long, curved line in the shape of a half circle. Extend the line from the top of the taco to the point on the front corner. This outlines the far side of the taco shell.

4. Draw toppings, such as lettuce, emerging from the top of the taco. For each, use one or two curved lines to enclose either a rounded or pointed shape.

5. Draw toppings such as lettuce and meat on the other side of the taco. Again, use curved lines to enclose both round and pointed shapes.

7. Erase guide lines from the toppings as necessary. Draw a line to form a central vein on some of the lettuce leaves.

8. Give your taco a silly face. Begin by drawing two small circles to form eyes. Draw an even smaller oval within each eye, and shade between the two shapes. Above each eye, use two short, curved lines to enclose a curved shape, pointed on one end. This indicates the eyebrows.

10. Color your taco. Want to draw some more funny-faced foods? Check out our other drawing guides, such as the corn cob. Or, use our mouth and eyes drawing guides to create your own. When you draw, its okay to play with your food.

The Complete Funny Taco Drawing Tutorial in One Image

How to draw: Funny Taco - all drawing steps