Learn how to draw a great looking Graveyard with easy, step-by-step drawing instructions, and video tutorial. You can now easily create a beautiful Graveyard drawing. 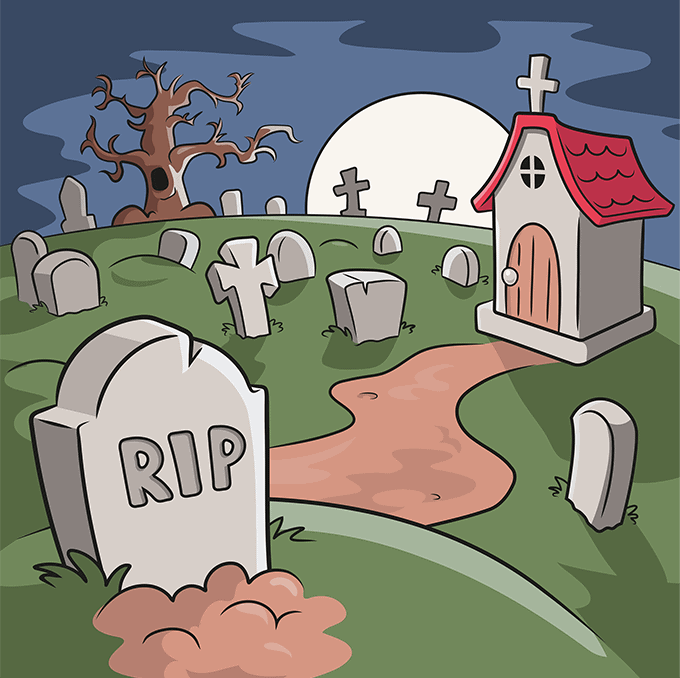 A cemetery or graveyard is a place set aside for burying the remains of the deceased. Cemeteries reflect the religious beliefs of the area and are often considered "holy ground." In some countries, such as Mexico and Japan, festivals in honor of the dead are celebrated in graveyards.

Since ancient times, graveyards were often avoided for sanitary reasons. The ancient Jews and Romans, for example, required that graveyards be located outside of cities. Later, graves were common in churchyards or "family plots" near homes.

Superstition added to the avoidance of graveyards. People feared that the dead or their spirits could rise from their graves to harm the living. These beliefs have especially centered around holidays such as Halloween and its predecessors.

Would you like to draw a cartoon graveyard? This easy, step-by-step cartoon drawing tutorial is here to help you craft a creepy scene. All you will need is a pen, pencil, or marker and a sheet of paper.

If you liked this tutorial, see also the following drawing guides: Tombstone, Haunted House, and Scarecrow. 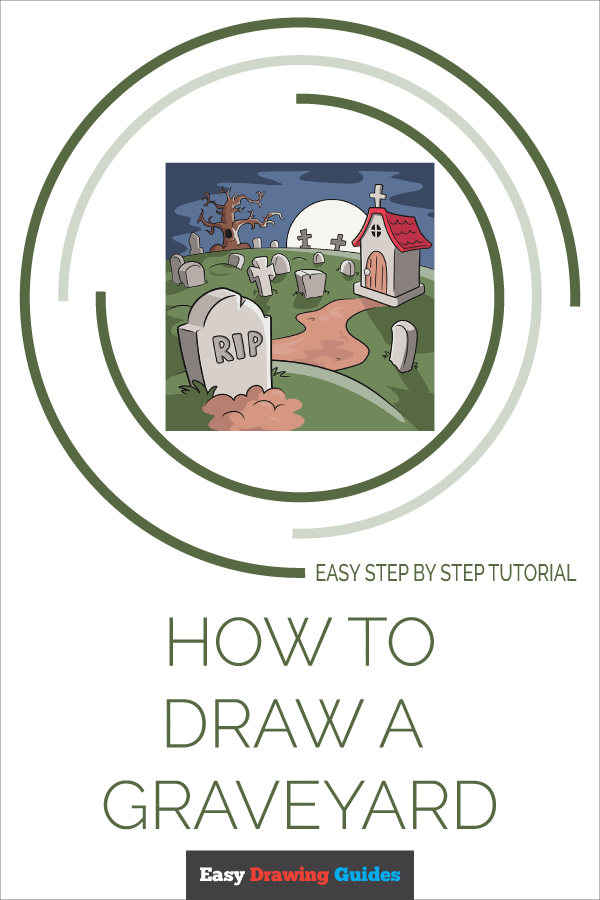 Step-by-Step Instructions for Drawing a Graveyard 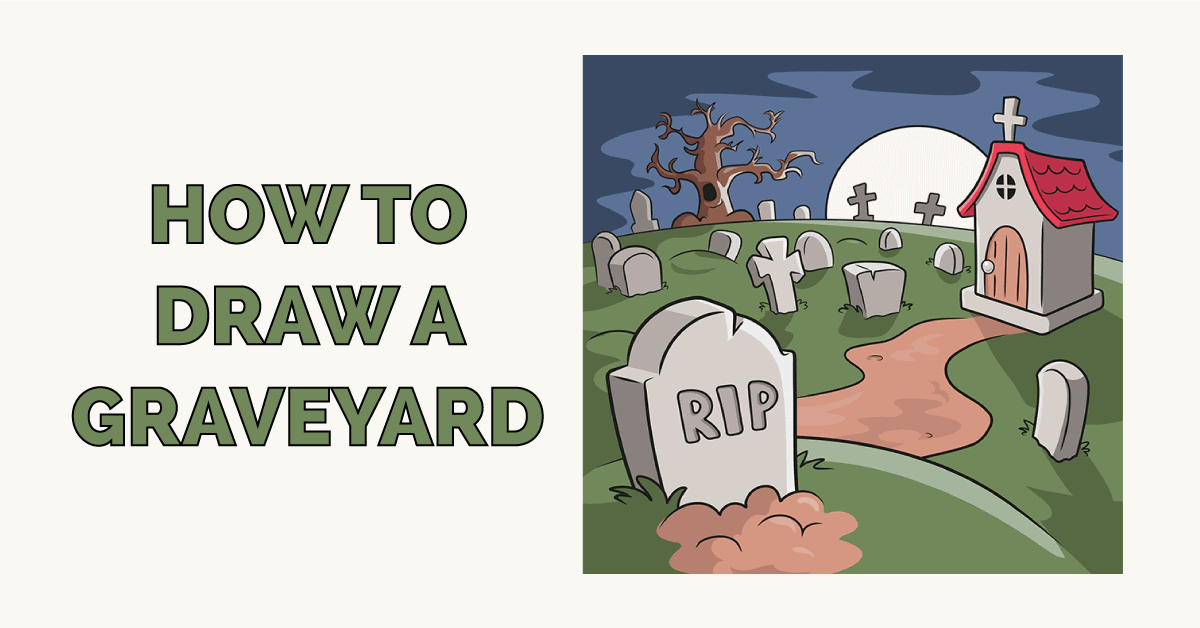 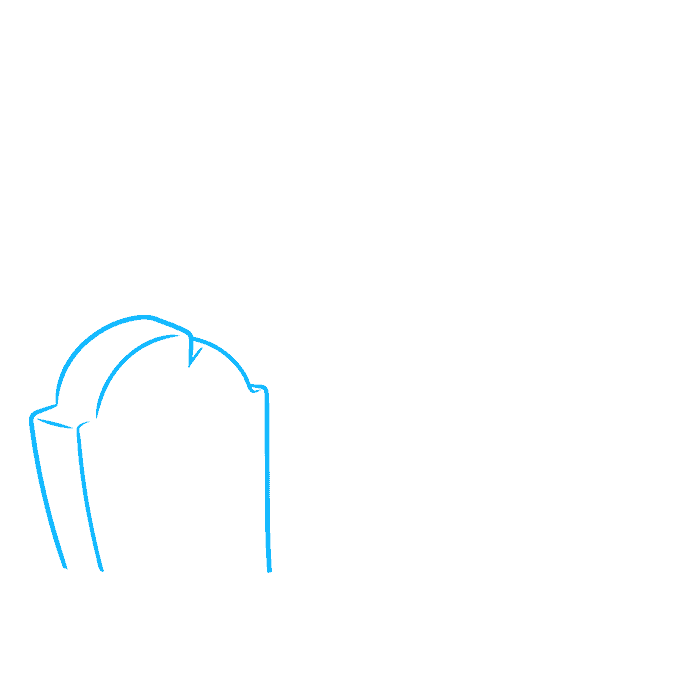 1. Begin by sketching the first tombstone. Use a series of curved lines to draw the basic shape of the headstone, like a rectangle with a half-circle on top. Draw lines that run parallel to half the tombstone, then connect them to the top of the stone to give it a three-dimensional appearance. Note the overlap that resembles a crack in the top of the stone. Draw a straight line across the "shoulder" of the stone. 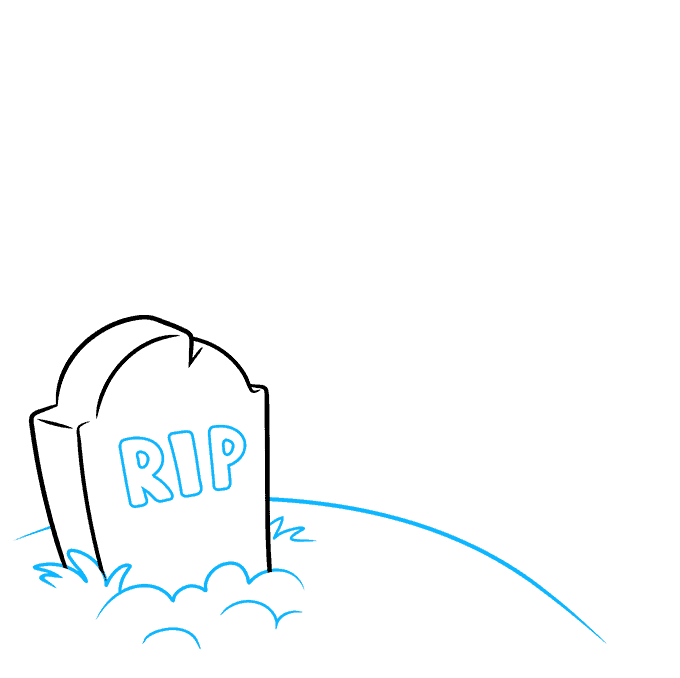 2. Draw the letters "RIP," which stand for "Rest in Peace," across the front of the stone. Draw connected "U" shaped lines to form the dirt at the base of the stone. At the sides of the stone, draw curved lines that meet at gentle points to indicate blades of grass. 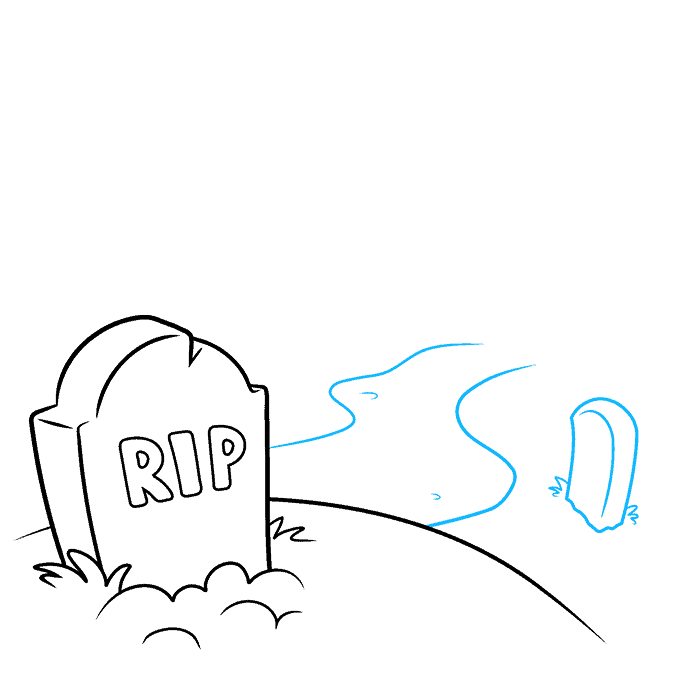 3. Draw a pair of curved lines to form a path or road through the graveyard. Texture it with "U" shaped lines. Then, draw a second tombstone. Use curved lines to sketch the irregular shape and give it a three-dimensional appearance. Draw grass at the corners of the stone. 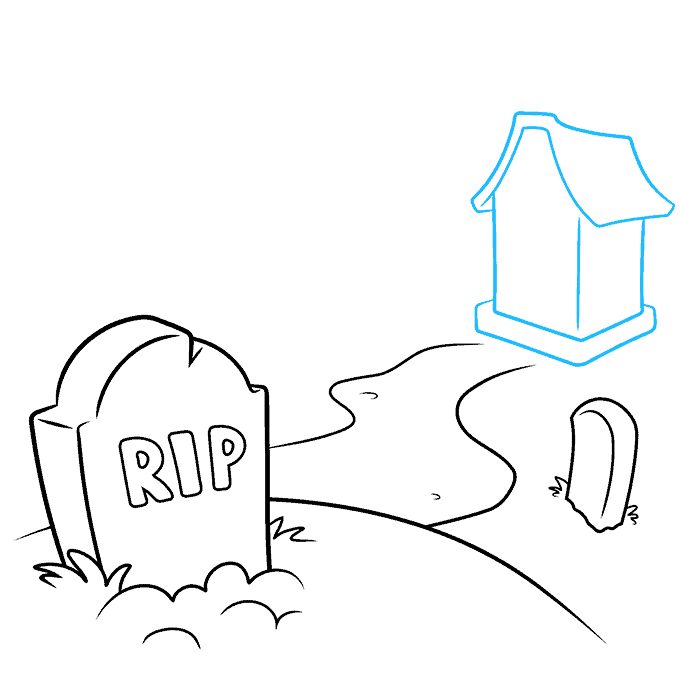 4. Next, draw the small building in the cemetery. It could be a church, chapel, mausoleum, or crypt. Use straight lines to sketch a cube with an open top. Then, draw the "V" shaped roof using curved lines. Draw the foundation of the building using parallel straight lines that meet at rounded corners. 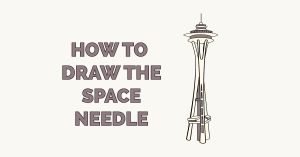 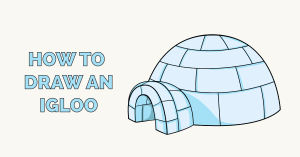 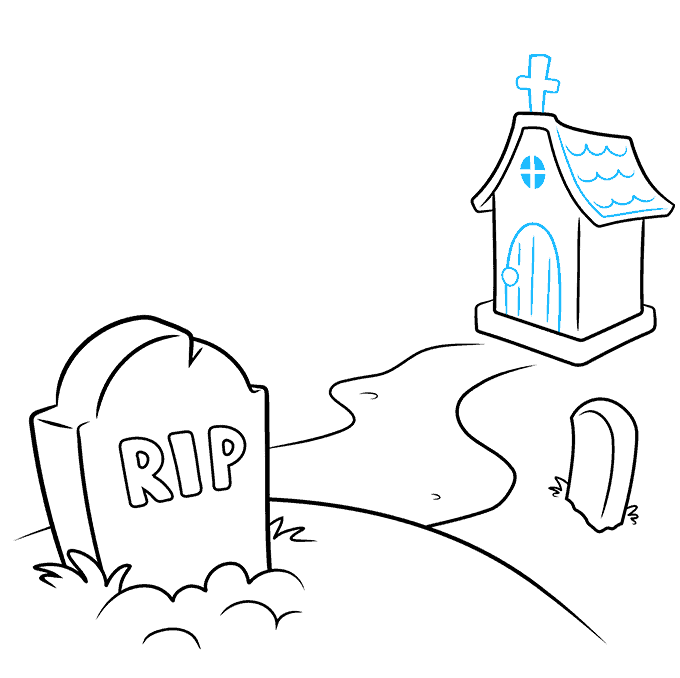 5. Detail the building. Use an inverted "U" shaped line to form the door, with a circle for a doorknob and textured with straight, vertical lines. Draw a window by shading four triangular shapes. Use curved lines and "U" shaped lines to texture the roof, and draw a "t" shaped cross on the top. 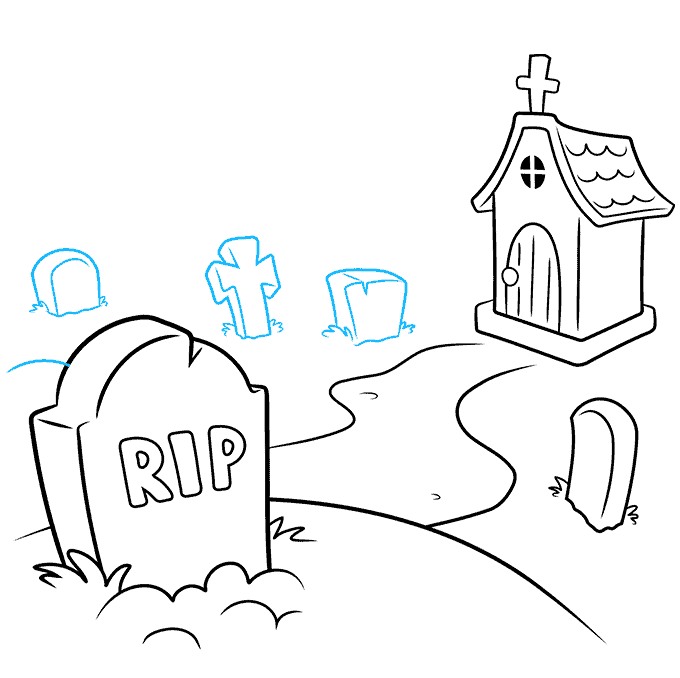 6. Draw additional tombstones - crosses, rectangles, and rounded shapes. Draw lines parallel to the outline to give each shape a three-dimensional appearance. Draw grass at the base of each stone. 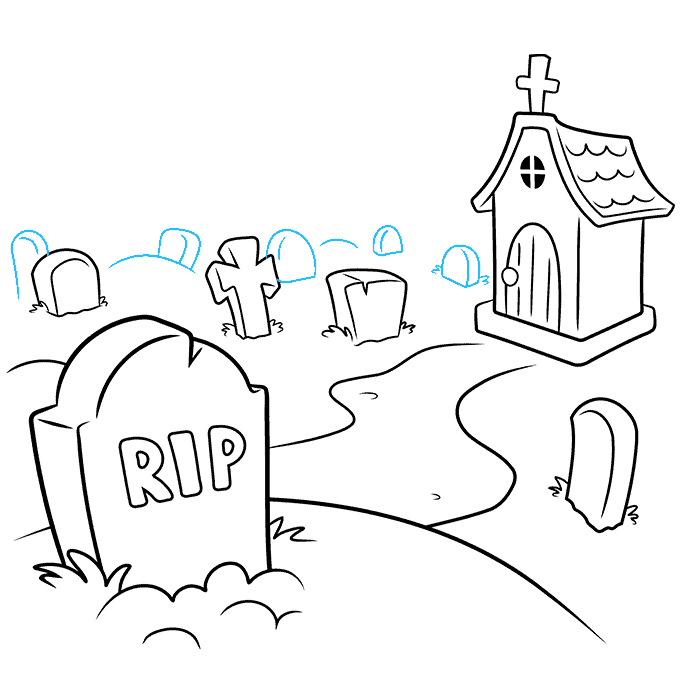 7. Draw even more tombstones with grass at their bases. Contour the ground with "U" shaped hills. 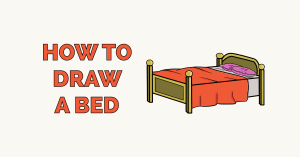 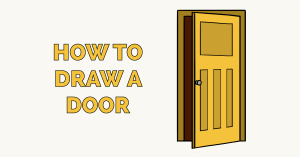 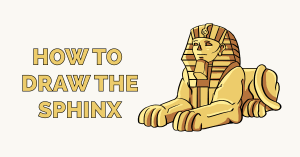 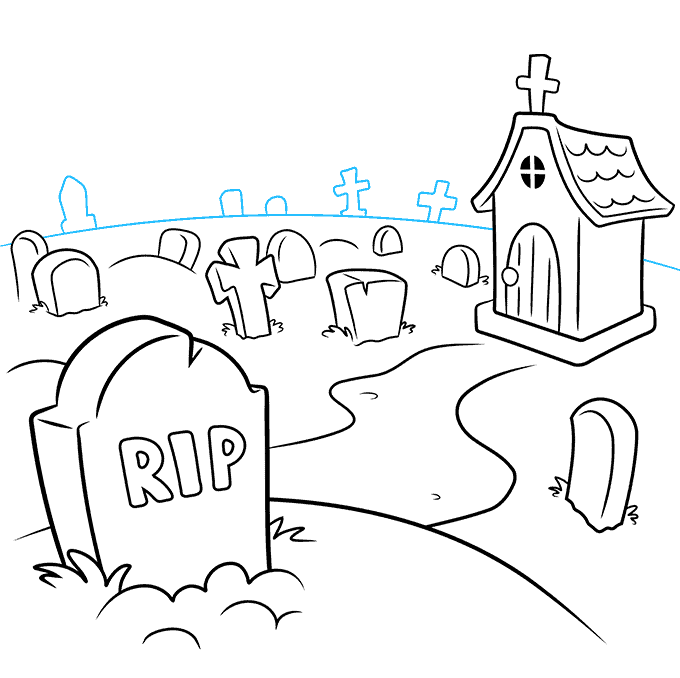 8. Use a long, curved line to create the horizon in the distance. Draw more tombstones on the horizon, both irregular and cross-shaped. 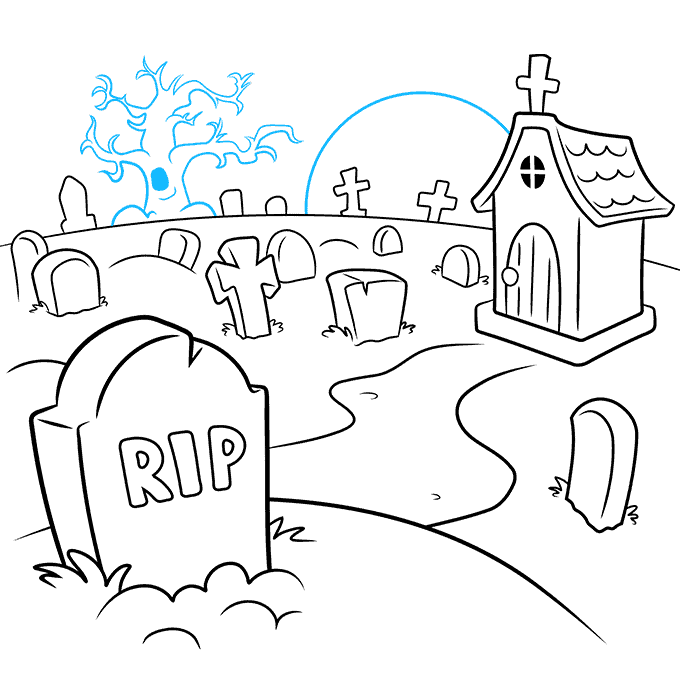 9. Use a long, curved line to enclose the semicircular shape of the moon rising over the horizon. Then, draw a contorted tree. Use curved lines to sketch its roots, trunk, and branches. Allow the lines to meet at points at the tip of each twig. Finally, shade a round shape - a knothole - in the middle of the trunk.

Color your cartoon graveyard. Notice how the sky is shaded in our example to indicate the presence of clouds. 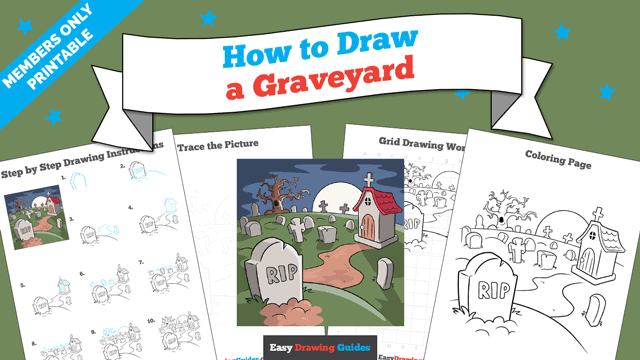