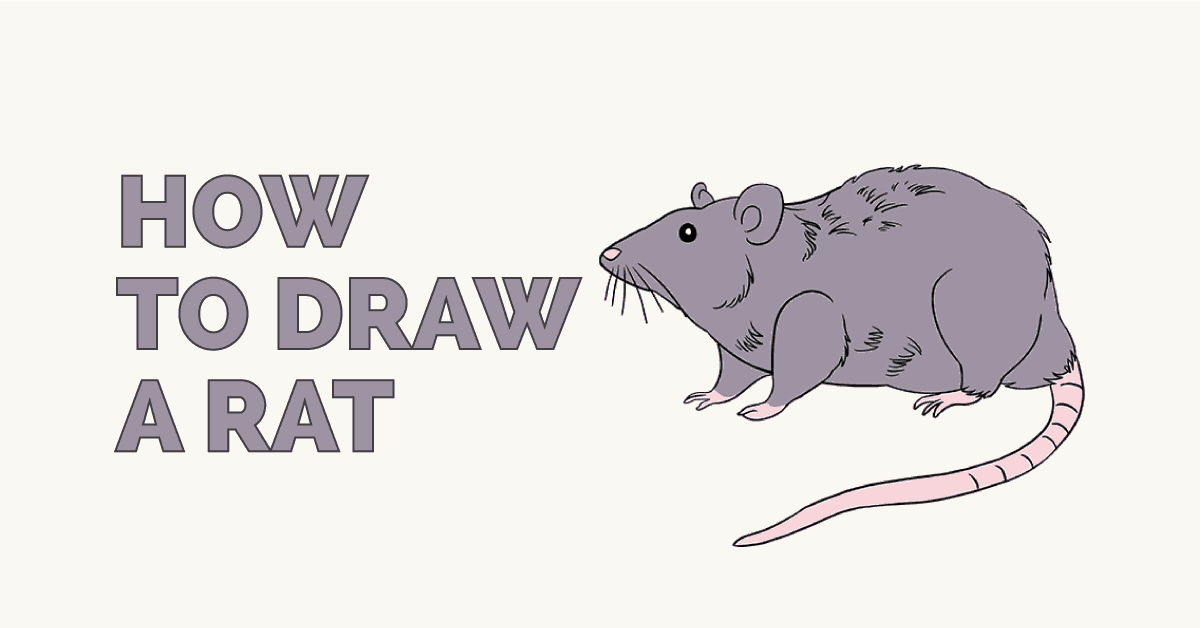 Would you like to be able to draw a cartoon rat? Follow this easy step-by-step tutorial to learn how.

In each of the step-by-step illustrated guides below, the new marks in each step are highlighted in blue.

You will not need any special tools to draw a rat - only a piece of paper and something to draw with, such as a pen, pencil, or marker.

Sketch lightly at first, as you will be erasing some lines as you complete your rat drawing.

If you liked this tutorial, see also the following drawing guides: Mouse, Frog, and Giraffe. 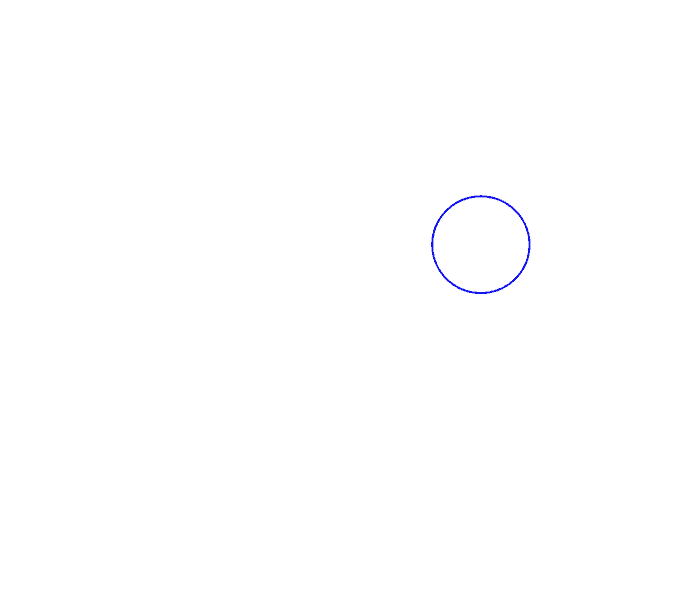 Begin by drawing a circle on the middle right of your paper. 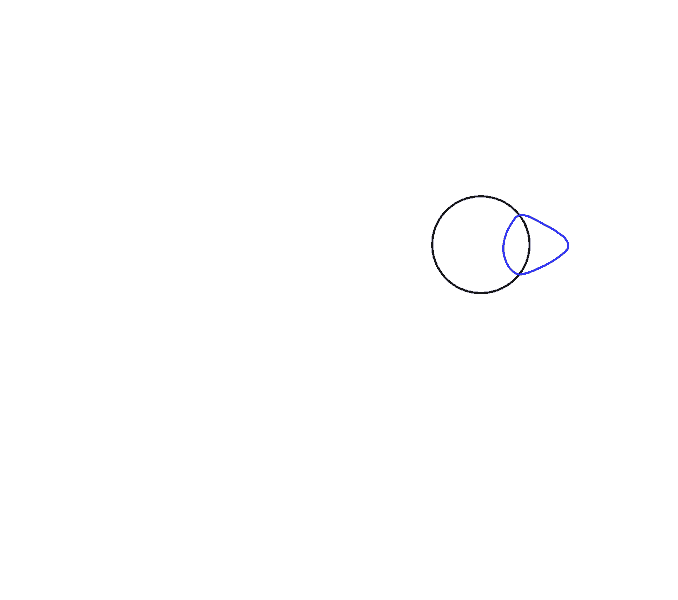 Next, draw a rounded triangle protruding from the right side of the circle. The triangle and circle will overlap. 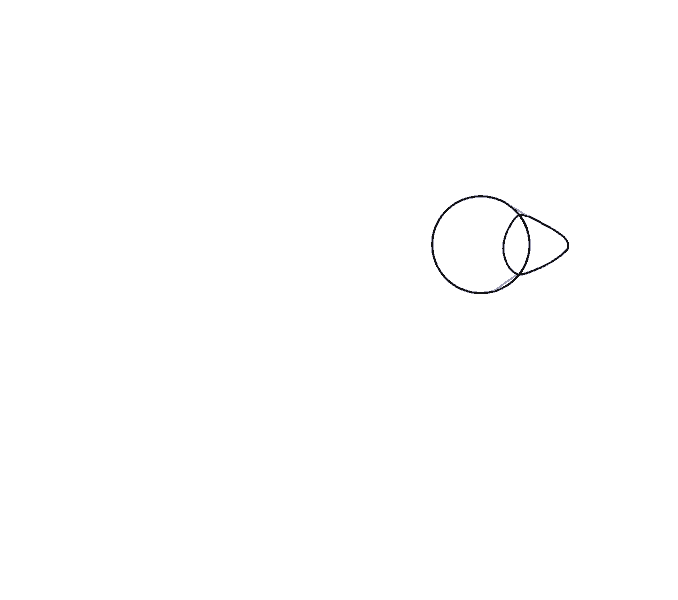 Connect the triangle and circle with short, straight, lines. 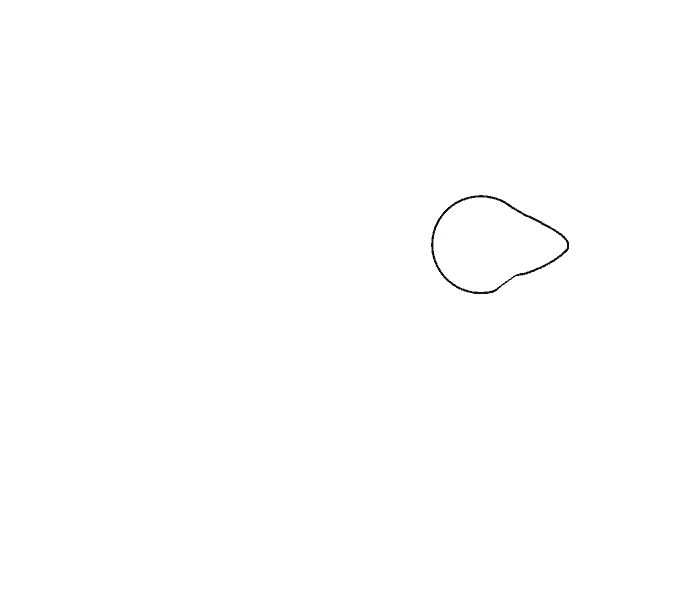 Erase the overlapping areas of the circle and triangle.

How to Draw a Lamb

How to Draw a Baby Pig 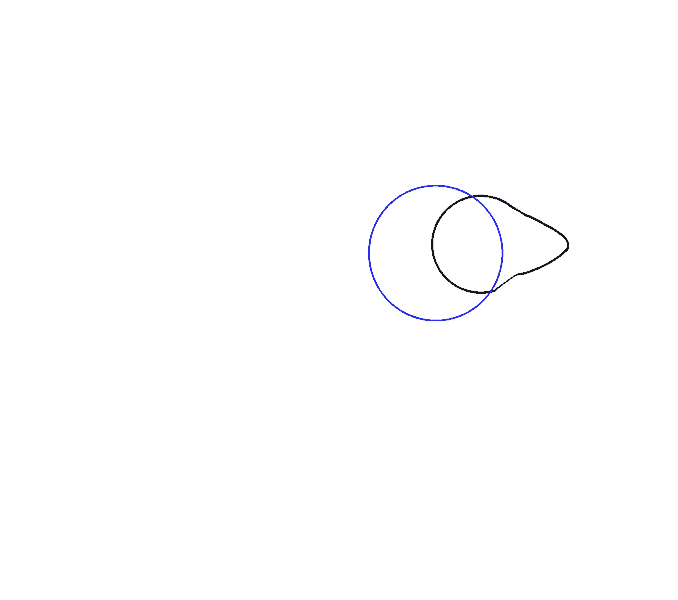 Draw another, slightly larger circle to the left of the first circle. The two circles should overlap. 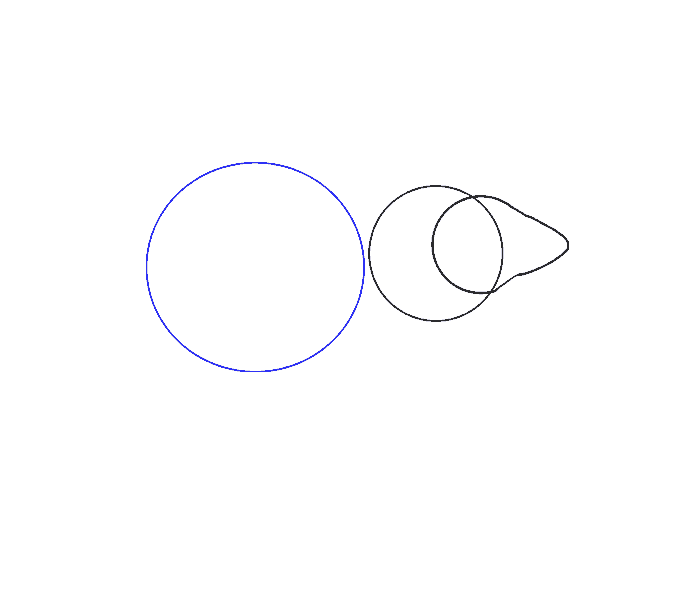 Draw another, larger circle to the left of the second circle. These circles do not touch. 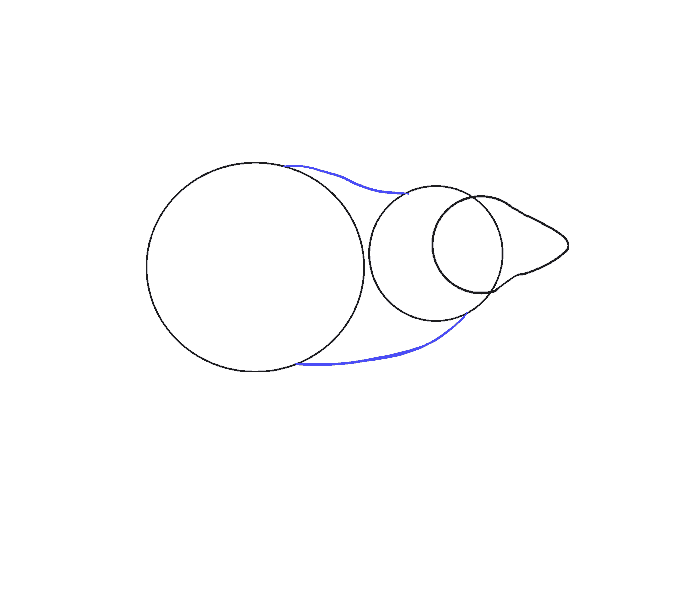 Connect the circles on top and bottom using curved lines. 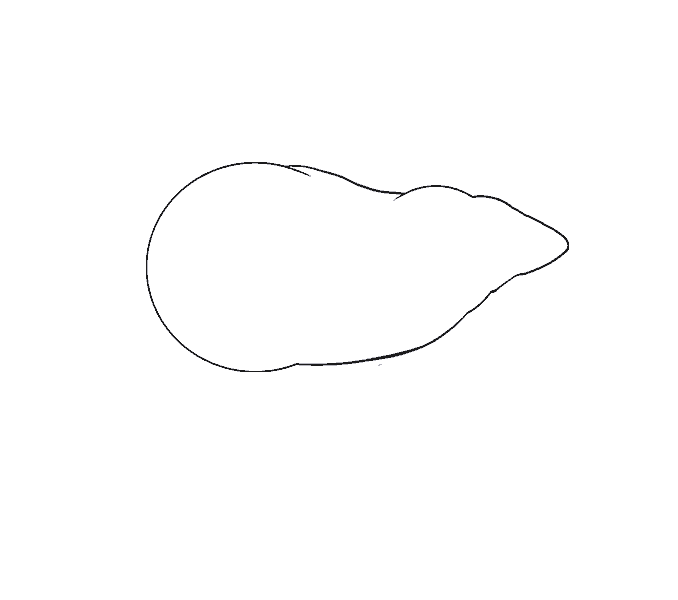 Erase the overlapping lines, allowing a small portion of the top of each circle to remain within your new shape. 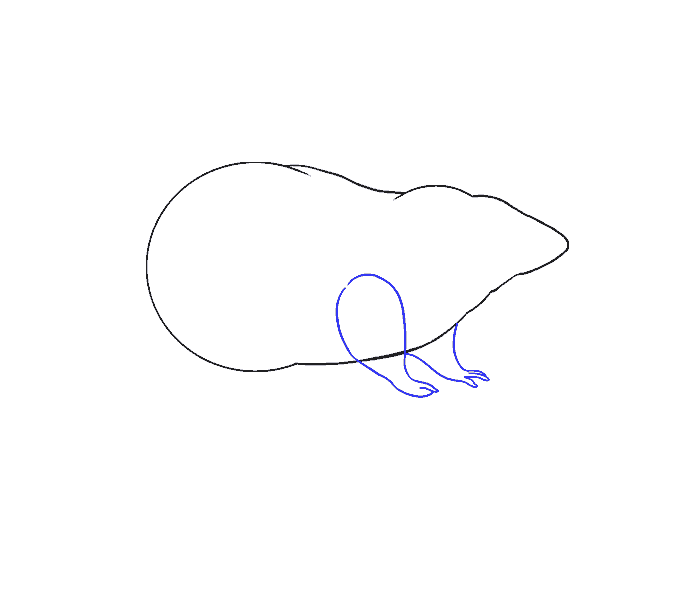 Next, use curving lines to form the closest front leg. Begin in the middle of the shape, slightly to the right of center. The lines will curve toward each other before coming to a point at the foot. A small line within this shape designates the toes. For the far leg, draw a triangle that does not meet at the tip. Using five curved lines, form three toes that extend to the right and end in a point. 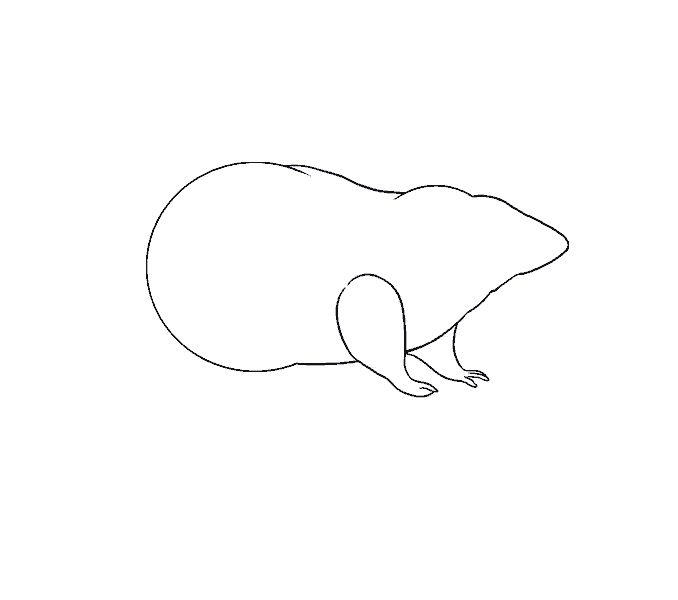 How to Draw a Baby Bear 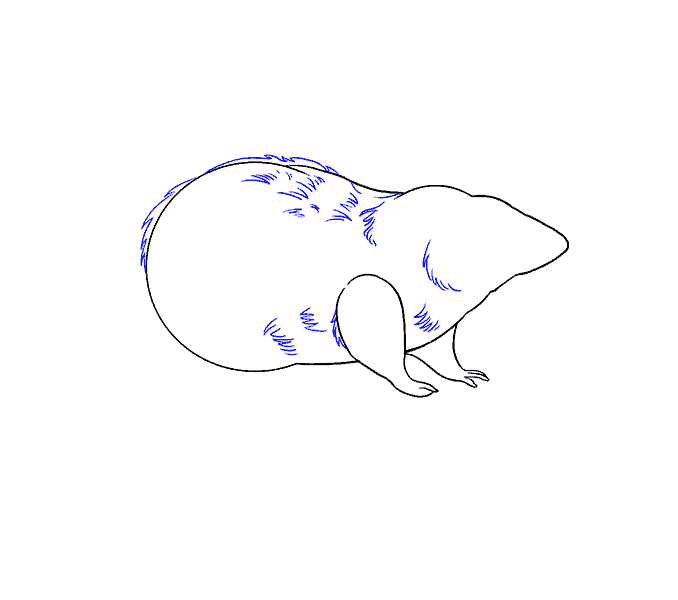 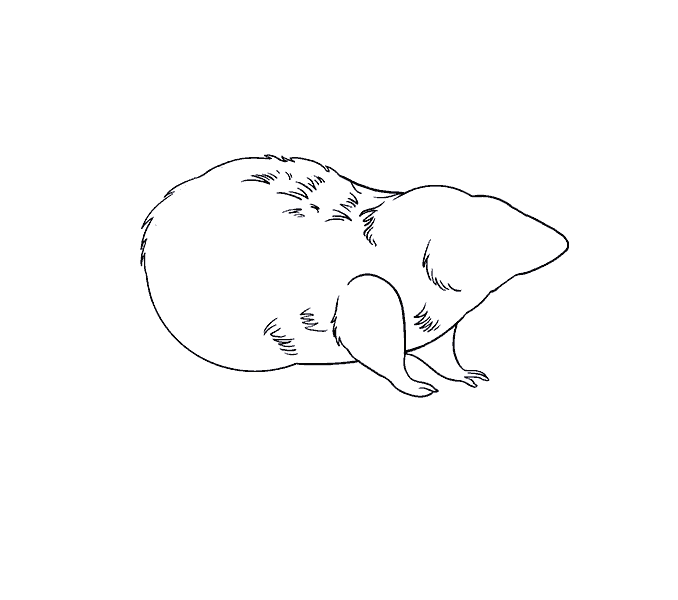 Erase guidelines from the near leg and the large circle of the back. 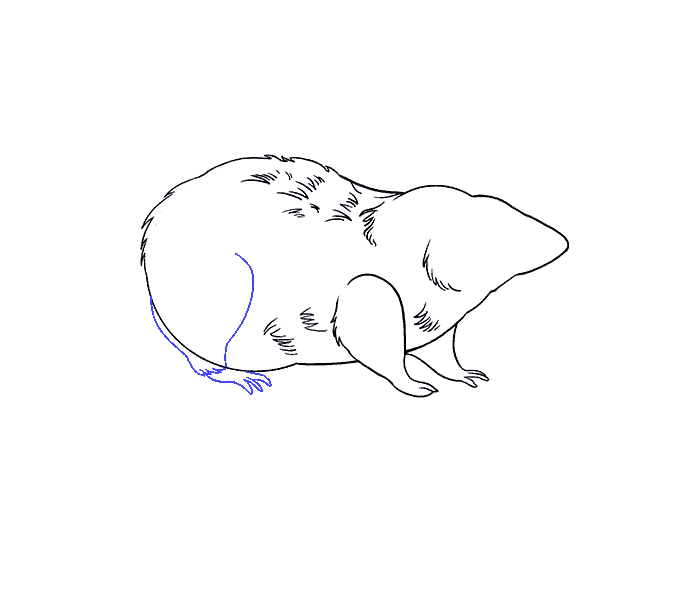 Erase the curved guide line from the rear leg. 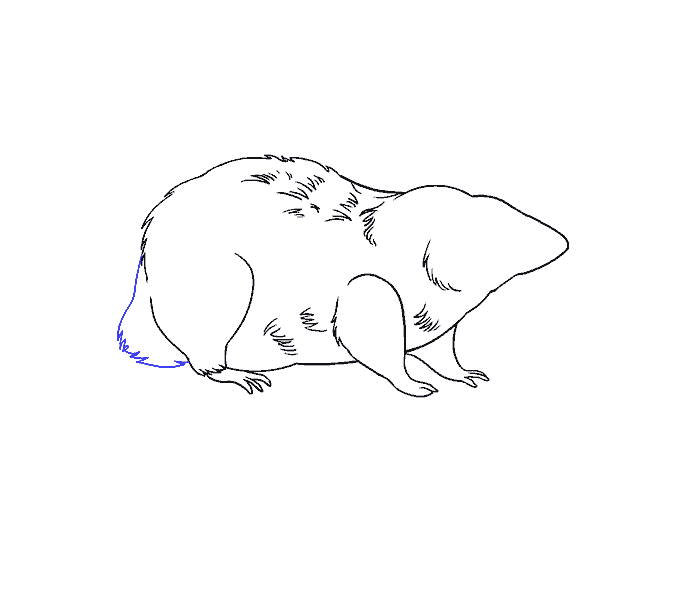 To draw the base of the tail, begin by drawing a curved line from the middle left of the drawing, downwards. Use several short strokes to form a jagged fur detail. Connect this to the rear leg using a curved line. 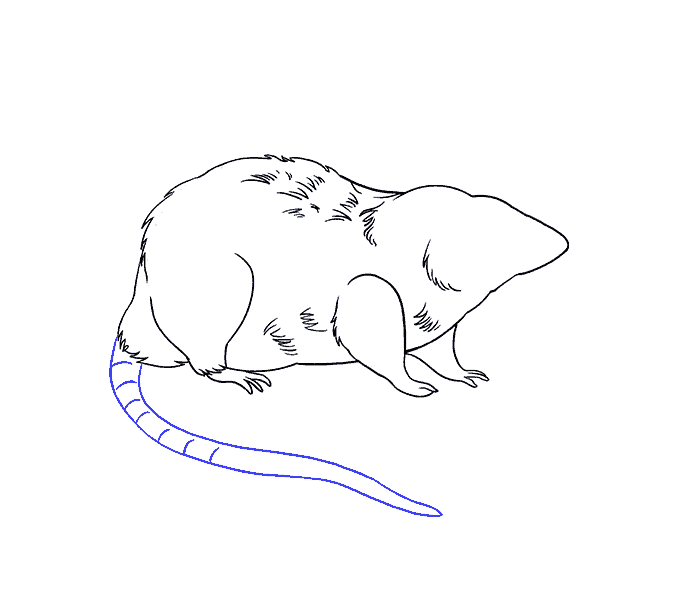 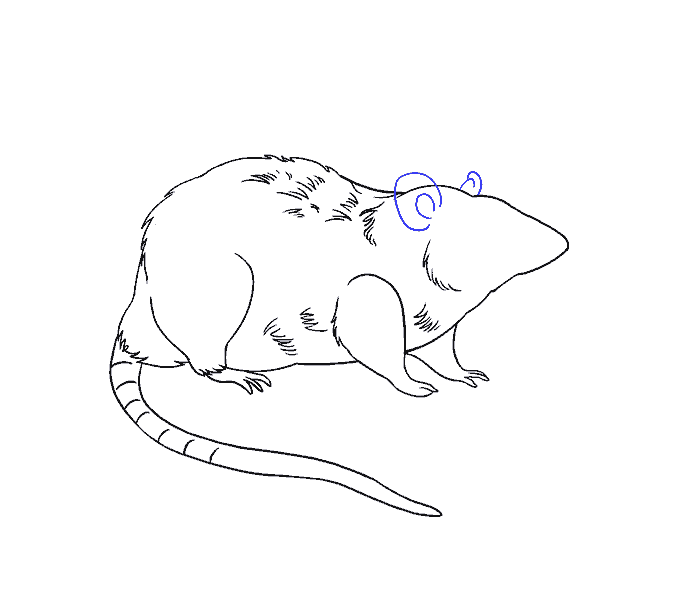 Each ear consists of two curved lines. For the nearer ear, overlap an irregular, partial circle with the top of the second circle you drew. The circle should be open to the bottom right. Draw a similar, smaller circle within it. For the far ear, draw a short, upside down hook, open to the right side and extending from the top right of the second original circle. Draw another hook facing the left, connecting the top of the first hook to the rat's head. 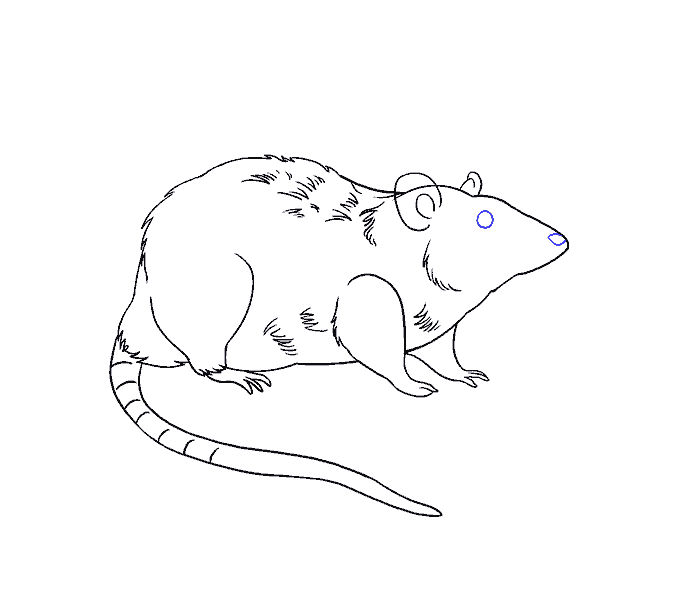 Draw the eye just below and to the right of the far ear. Draw a nose at the tip of the snout - it should resemble a rounded, upside down triangle. 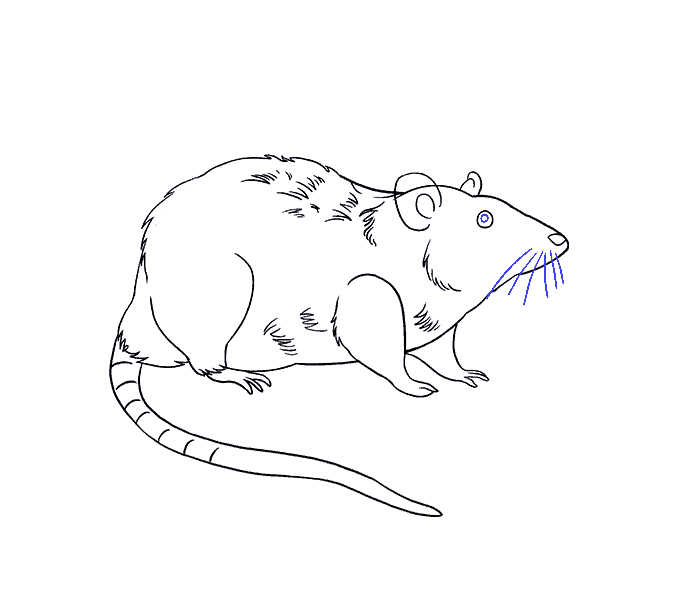 Draw another circle within the eye circle. Use six nearly straight lines to draw whiskers, extending downwards from the nose. 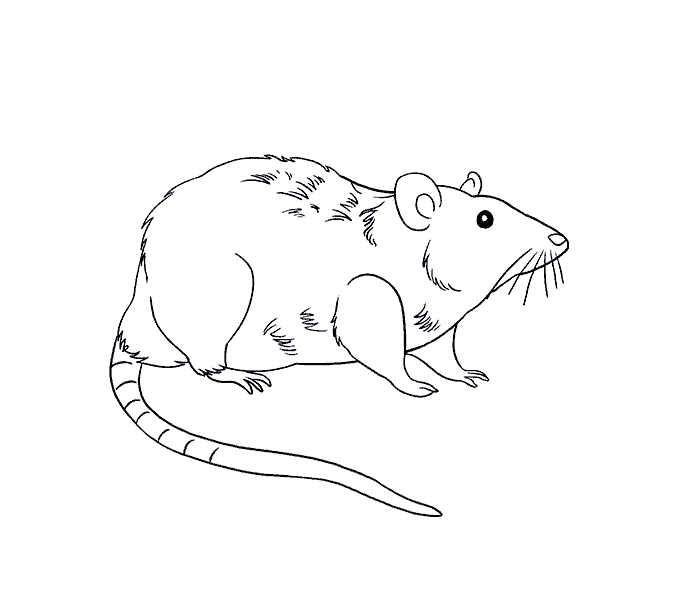 Erase the guide lines within the near ear. Shade the area between the eye circles. 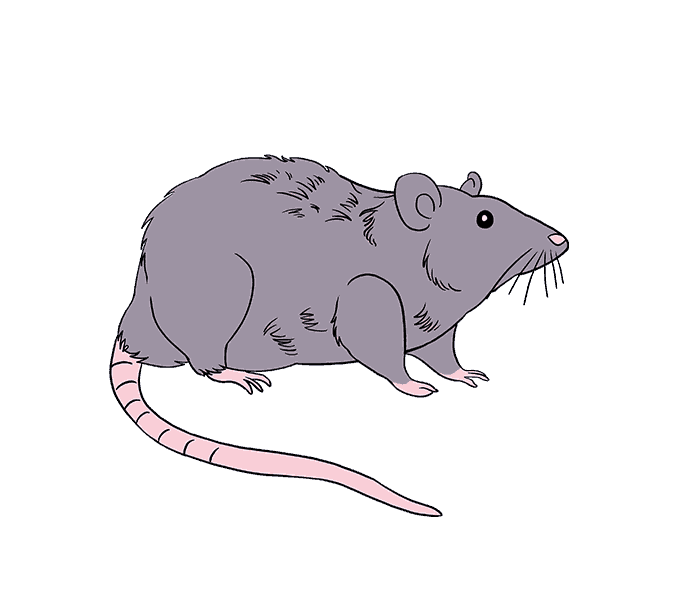