"Will robots inherit the earth? Yes, but they will be our children."
- Marvin Minsky, American computer scientist

A robot is defined as "any automatically operated machine that replaces human effort." The term robot is derived from a Czech word that means "forced labor," "serf," or "slave."

When people picture robots, they often think of androids - human-shaped robots. But most robots are not in human form. They may be rectangular, disc-shaped, spiderlike, doglike, or just a set of arms. Robots build cars, work in factories, perform search and rescue operations, explore distant places, and clean our homes.

Fiction holds many loveable robots. Famous names include R2-D2 and BB-8 from Star Wars, Optimus Prime from Transformers, and Baymax from Disney's Big Hero 6. Other stories involve the fear of robots taking over the world and replacing humanity.

Would you like to draw a futuristic cartoon robot? You can use the step-by-step instructions in this easy cartoon character drawing tutorial to learn how. You'll begin by tracing simple geometric shapes, and add the details as you go along. You'll need only a pencil and an eraser.

If you liked this tutorial, see also the following drawing guides: Boat, Monster Truck, and Train.

Step-by-Step Instructions for Drawing a Robot 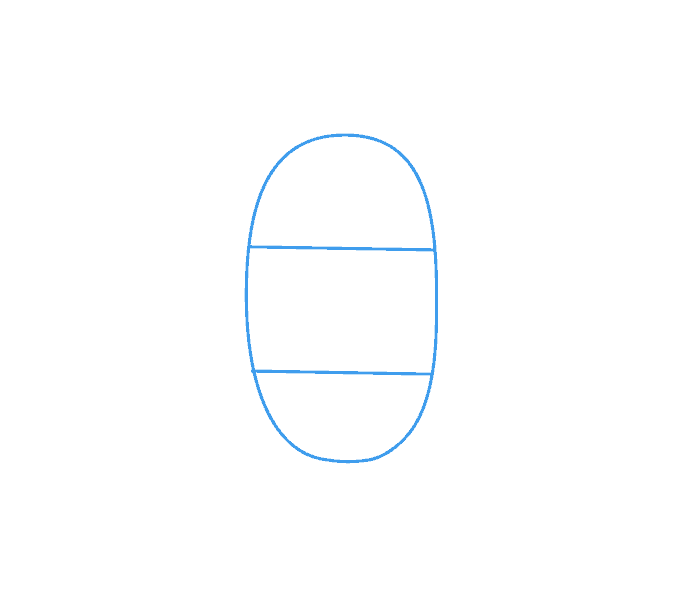 1. Draw an oval to form the robot’s body. Band it with two straight, horizontal lines. 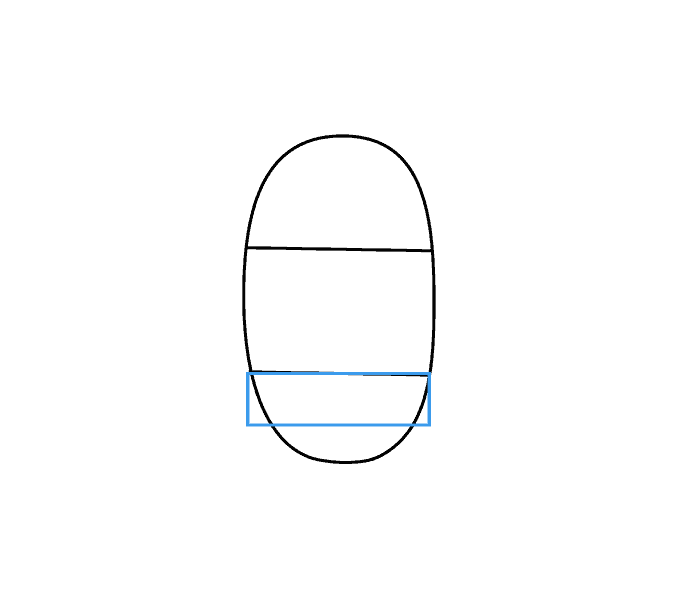 2. Enclose a rectangle below the lower horizontal line. 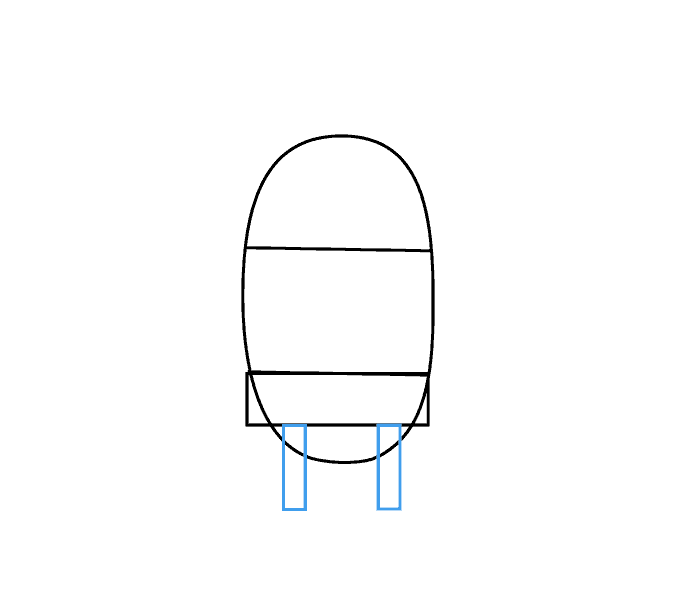 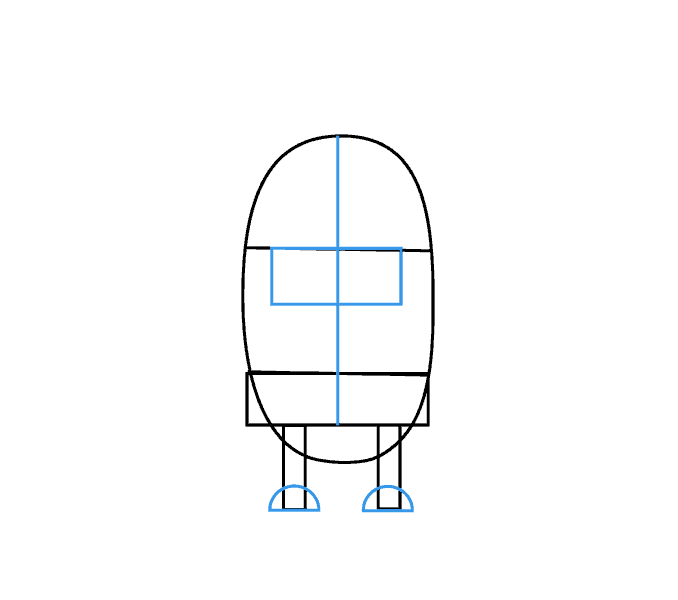 4. Draw another rectangle below the remaining horizontal line. It should be narrower than the other. Draw a vertical line down the center of the robot. Enclose a half-circle shape at the bottom of each leg.

5. Draw a small rectangle between the existing rectangles of the body. 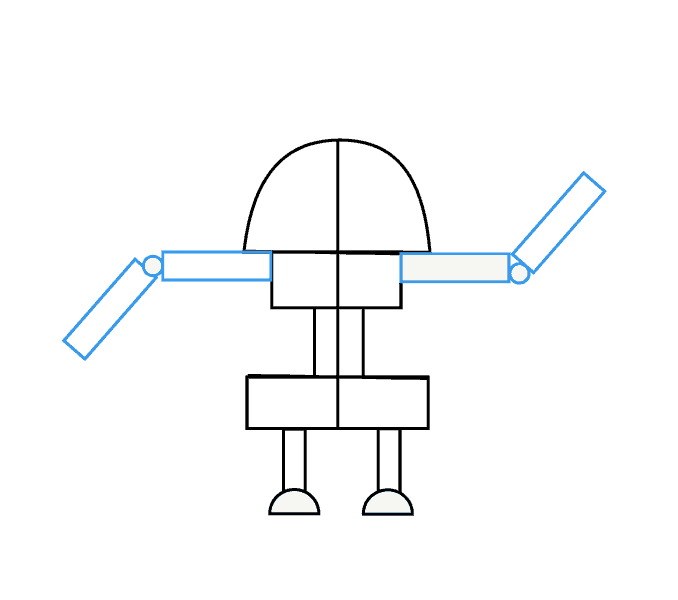 6. Erase the guide lines to leave a clean outline of the character. Draw narrow rectangles to form the upper and lower arms. Draw a small circle at each elbow. 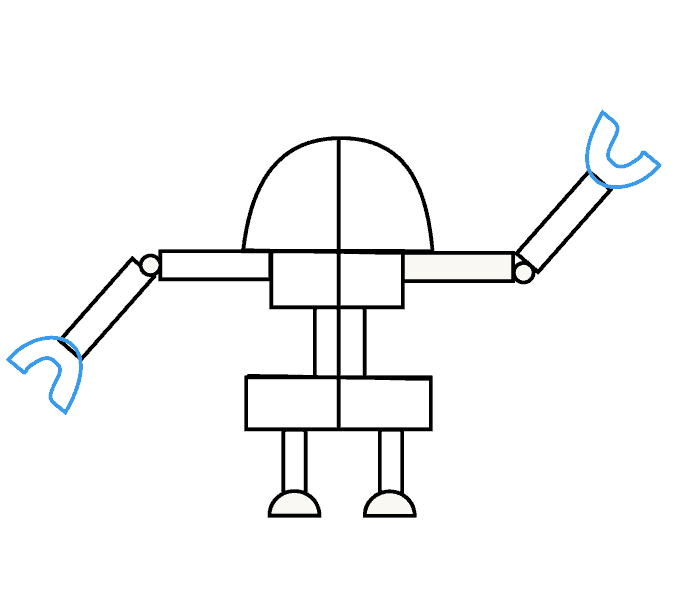 7. Draw the “U” shaped hands. Use two “U” shaped lines for each hand, and connect them with short lines. 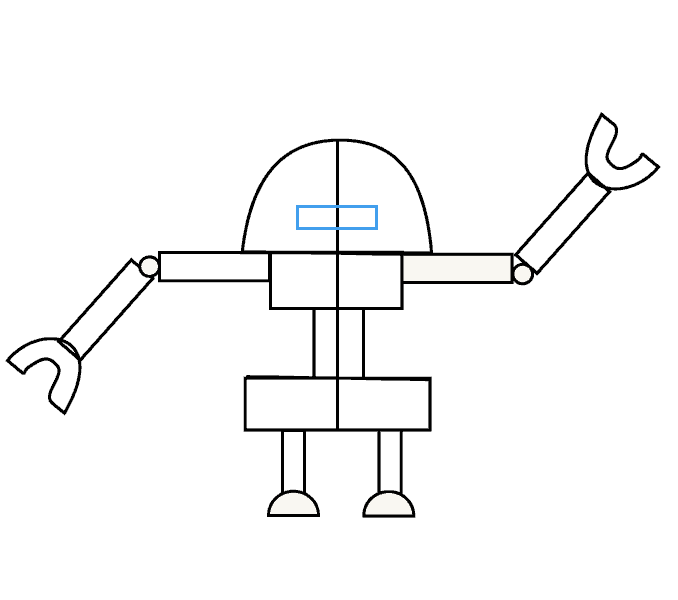 8. Draw a rectangle across the face to indicate the mouth. 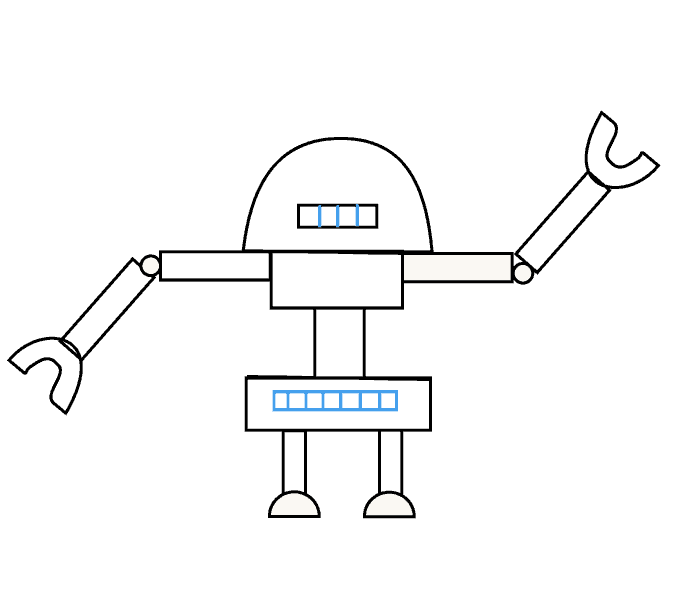 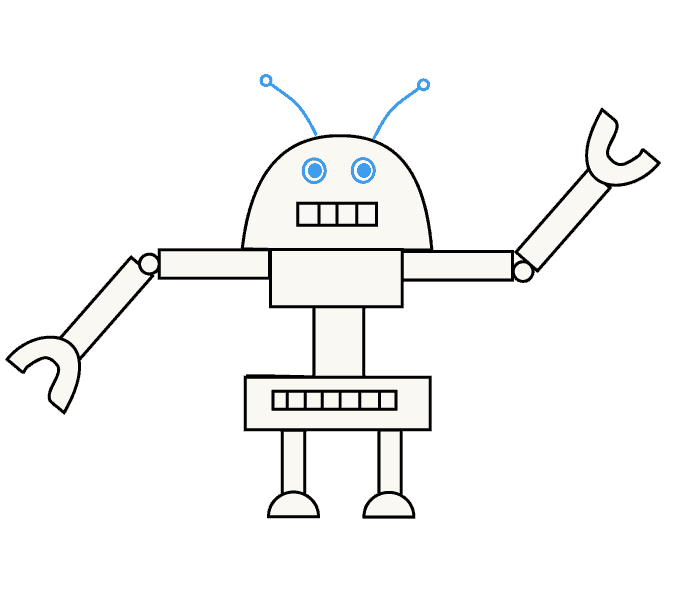 10. Draw the eyes. For each eye, draw a circle within a circle. Shade the inner circle to indicate the pupils. Then, draw the antennae. For each, draw a curved line from the head, with a small circle at the end. 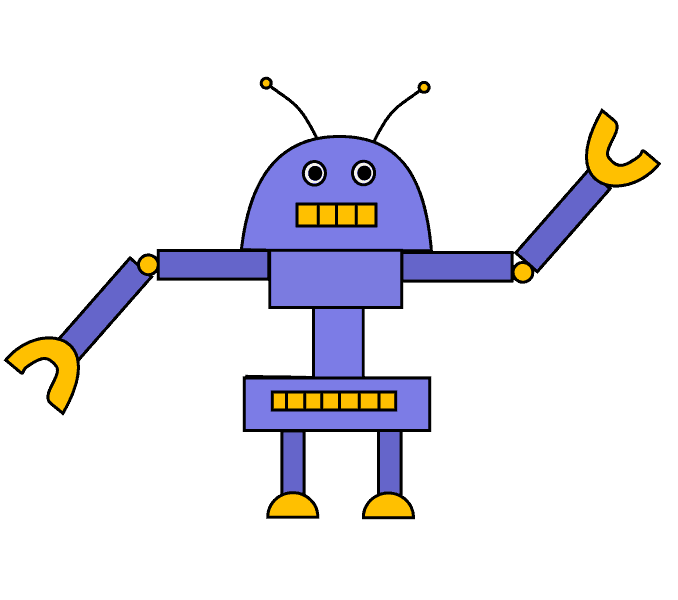